INTRODUCTION
Exalted Abyss - Superstring Dimension is a new Abyss mode for Lv80+ Captains. This new Abyss features new stages and enemies, more ranks, new Trophy system and more rewards. This guide will take a look at all the new stuff and provide some gameplay footage.

STAGES
STAGE STRUCTURE
Every Abyss round consists of four stages. Three stages have the same weather, while the other one has a different weather. 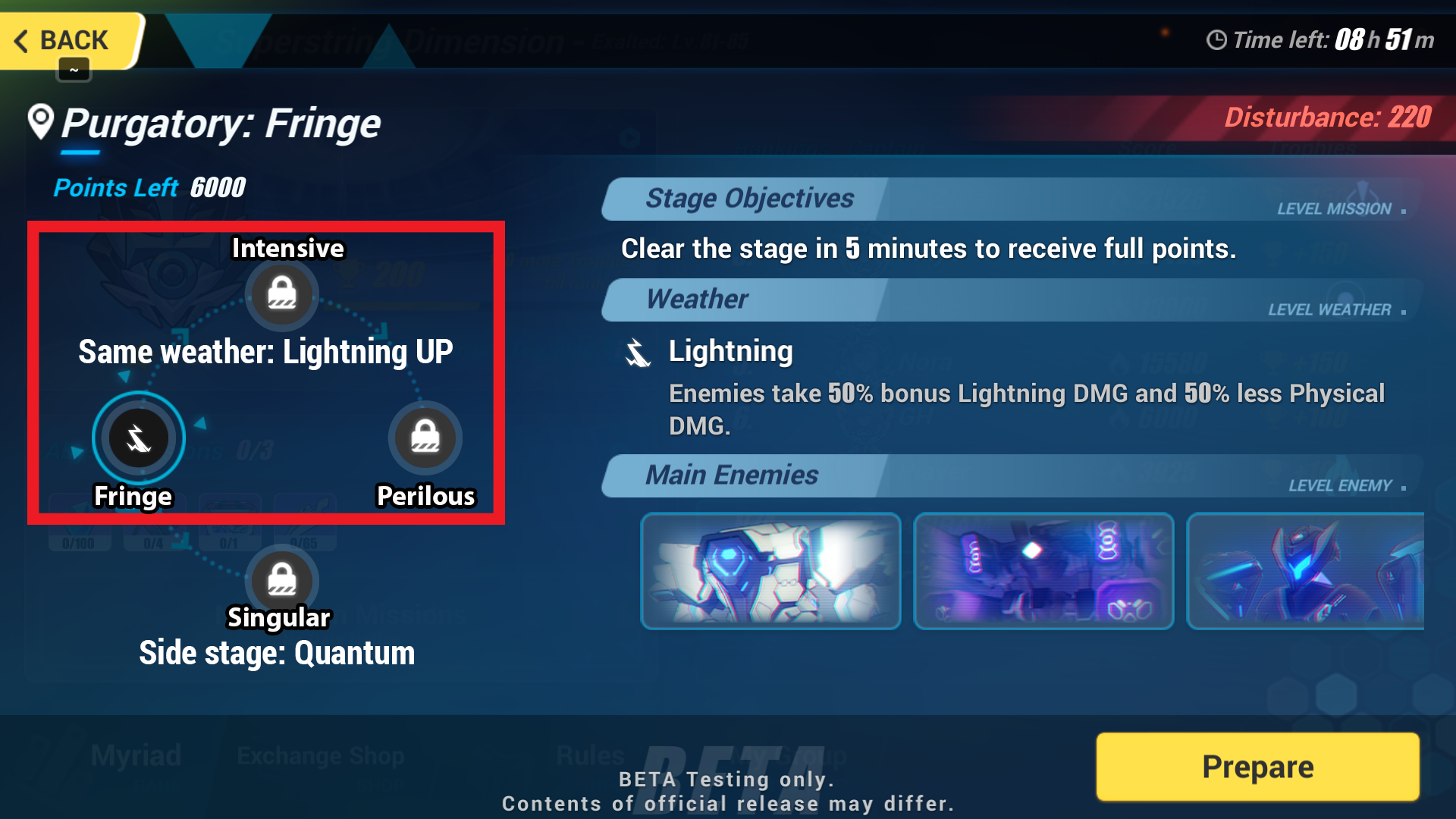 Boss stage (Perilous): Depends on your clear time. The faster you clear, the higher your score.

NEW STAGE MECHANICS
Superstring Dimension is packed with mechanics that you normally find in story/event/Honkai Lab, such as charging traumas on enemies/objects, evade fire explosion to gain bonus SP and a bunch of exploding HOLA.

List of known weather so far, based on beta and live server. 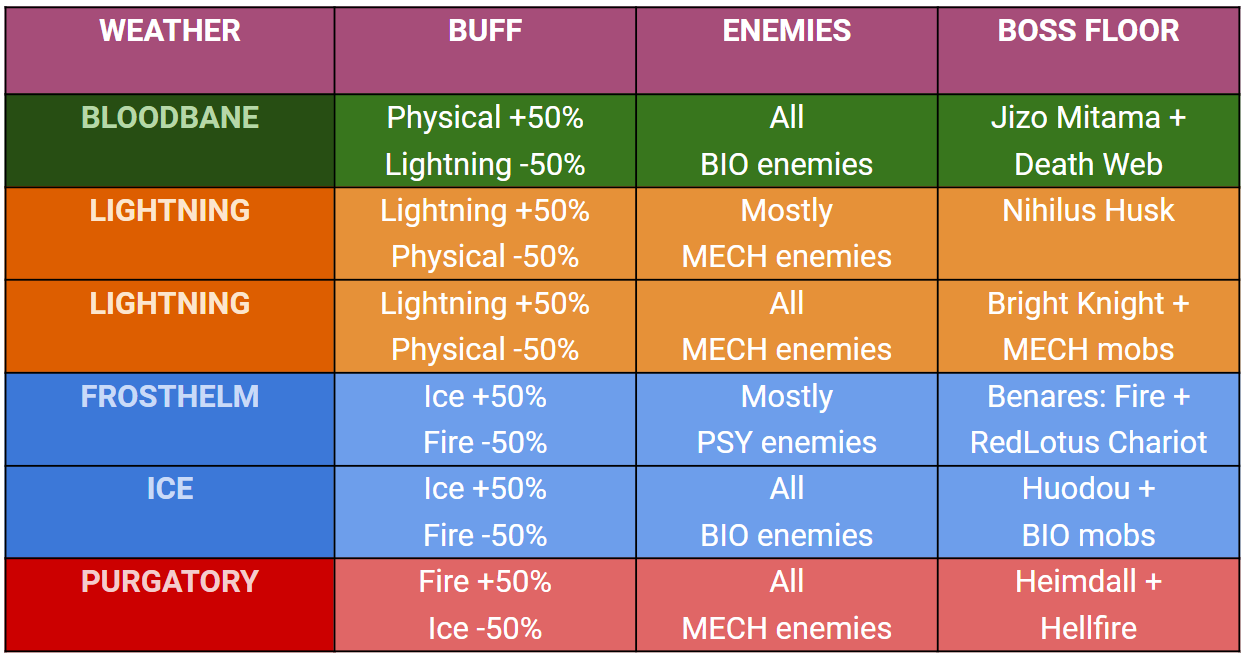 Note that Singular stages have more weathers, such as Ranged DMG and Quantum.

REWARDS
TROPHY REQUIREMENTS and MAIN REWARDS
Here's the list of Trophy requirements for each rank and its main rewards: 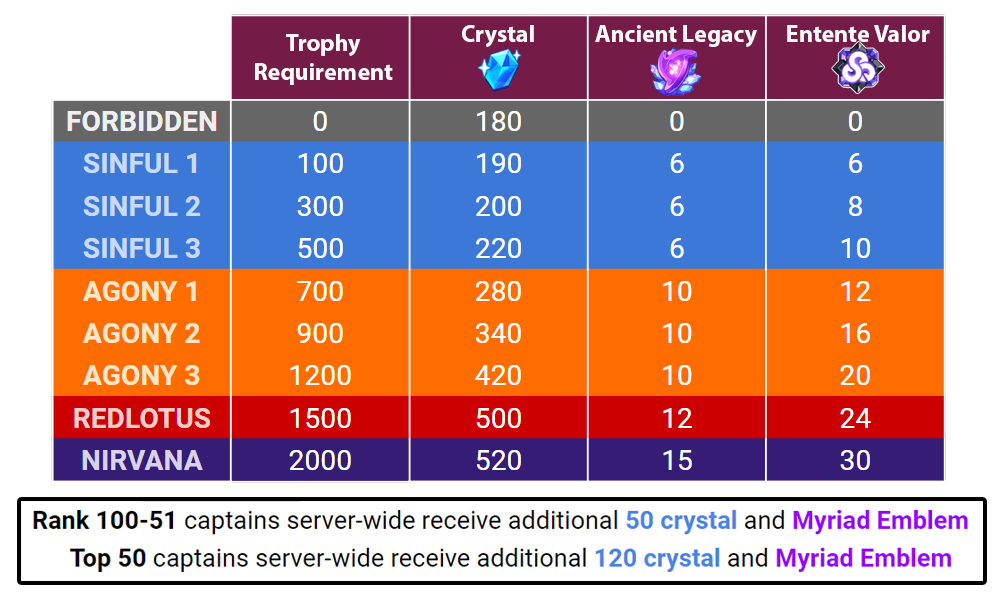 MYRIAD STATUS
Myriad is no longer a bracket. Instead, it's a leaderboard for Top100 players server-wide. Every round, Myriad players receive extra crystal and emblem (shown in table above.) Additionally, Myriad emblem will be improved, estimated arrival in 4.3. 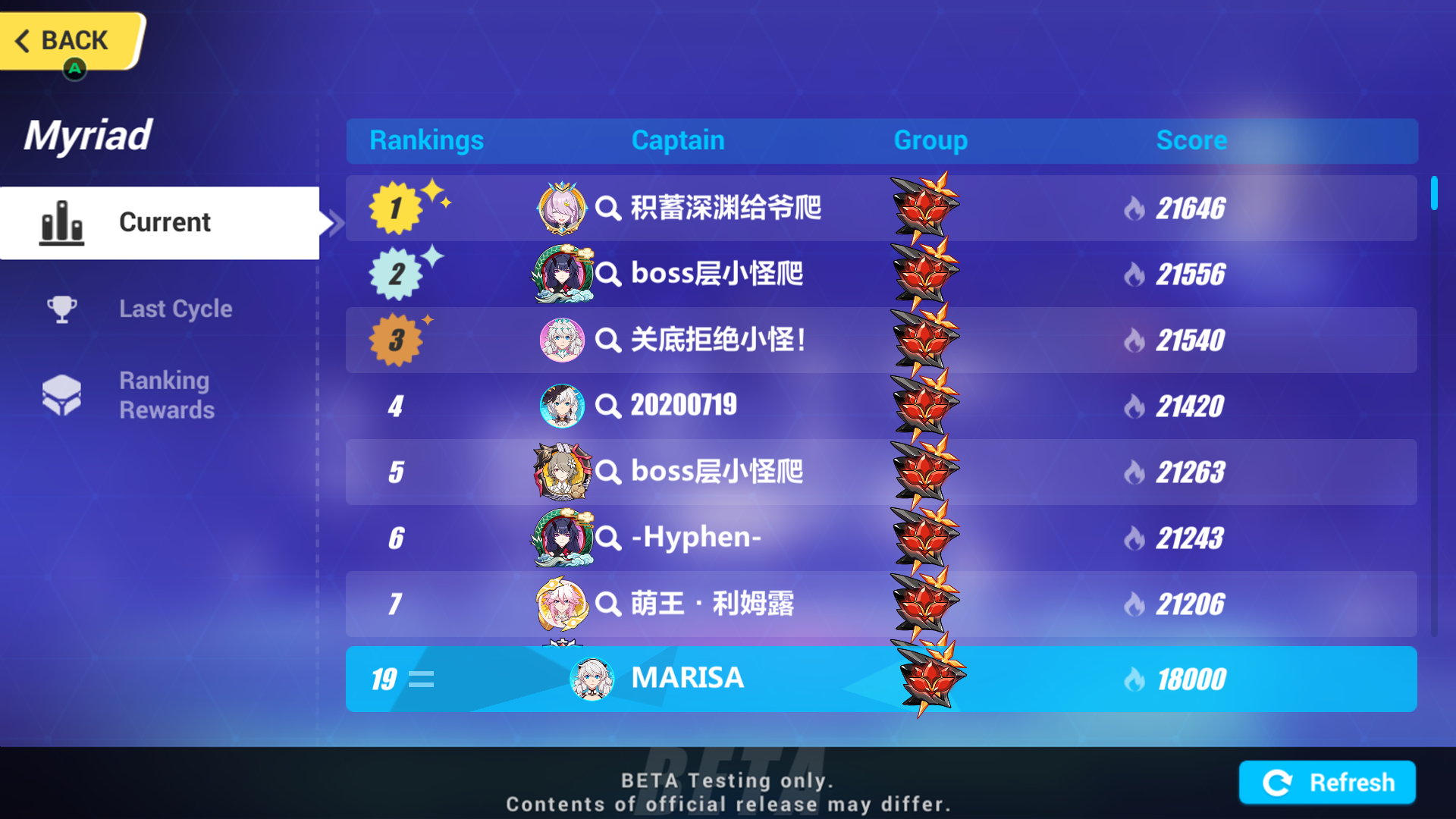 Here's the list of Trophy gain/loss at the end of every round. Note that the values are slightly different for rooms with less than 20 players. 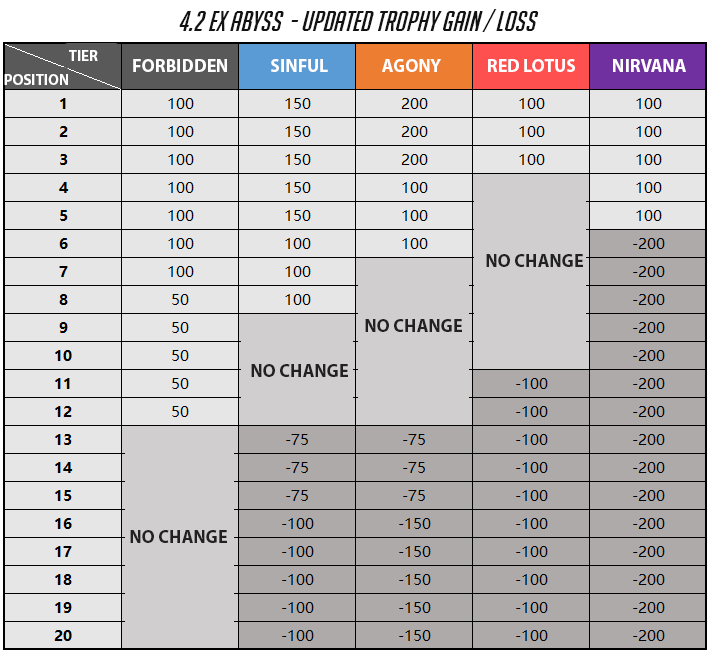 COMPARISON TO MASTERS
MORE CRYSTAL REWARD
EX Abyss offers more crystal and reward compared to Masters, if you're at the same rank as Masters (or higher).

In Masters, only top 40 RedLotus players server-wide can promote to Myriad. In Exalted, as long as you are in Top3 RL group, you will reach Nirvana!

The trade-off is the crystal difference between Nirvana and RedLotus is very little, unless you manage to be Top100 players (...which might require top valks. The loophole!)

HoT vs Nihilus Husk (Lightning UP)

Blood Rose vs Heimdall (Fire UP)

In conclusion, EX Abyss is packed with new features and rewards captains with more crystal and currency. That's it for this overview. Experience the new Abyss, captains!

If you need strategy guides on a specific weather, ask around in Official Global Discord or perhaps let me know in my Youtube channel, or just search any guide on Youtube.