Starlit Astrologos is the new physical support with unique QTE skill. In Abyss mode, she excels in supporting offensive valkyries that stay on the field for a long time, mainly Bright Knight Excelsis, and to some extent, Herrscher of the Void and Swallowtail Phantasm. In this guide, we'll take a look at SA team gameplay vs Red Lotus Abyss mobs. 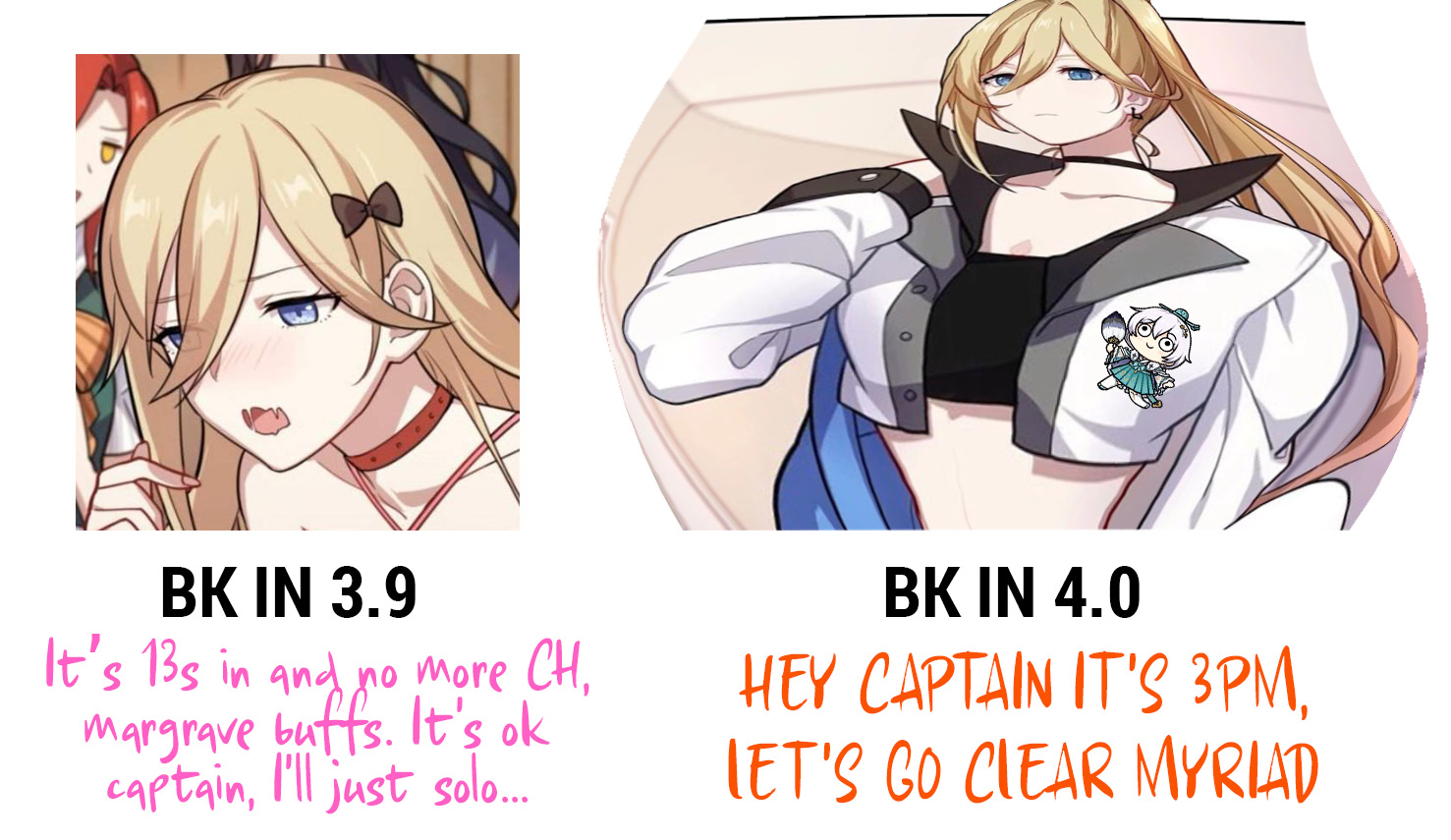 [2] SA can use Zither + Shuijing (the best), Beethoven, Gustav, etc but in this vid I'll just use Ranger's Cross + Gluttony T Mei M Newton B. It's not the best for mobs, but it's good enough in Red Lotus and very common so you can try it too~ 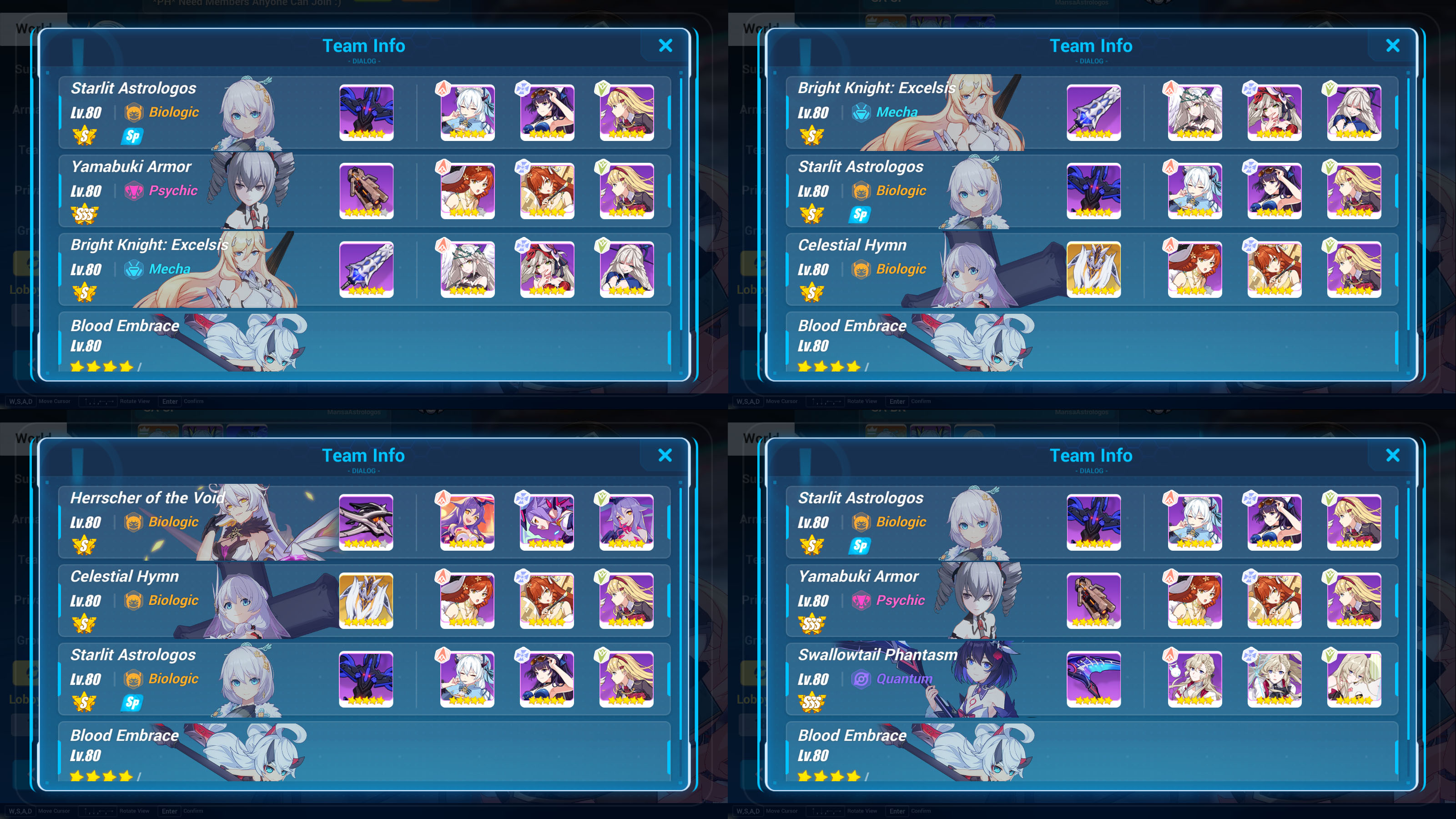 [3] The basic idea of each team is farm SP and burst while SA use qte and ult in the background. During the long burst, SA can use qte twice, thus she will apply Mei and Newton debuff TWICE!

[5] If you have proper gear and skills, you can also apply this rotation in Myriad Abyss.

Watch and learn! Explanation and timestamp for each lineup included in the vid~

Some key points from this video:

That's it. Hopefully you have the basic idea of how Astrologos teams work. The biggest winner here is Bright Knight. She now has someone to support her during her long burst duration. BK went from a solo powerhouse in 3.9 to a monster in 4.0.

If you have further questions, just leave it on the youtube video or ask the helpful residents of Official Honkai Discord.