In this guide I will talk about the new Dirac Sea mechanic: Interferrons.

At the end of this guide, you should gain a basic understanding to launching and dispelling Interferrons, as well as how to best use it to your advantage.

The above video will explain all mechanics outlined below and visually demonstrate how to defeat one Lv3 Interferron.

An interferron, regardless of difficulty, will reduce a player's current score by 2000 points if it is not defeated in 2 hours. THIS MEANS THAT ANY INTERFERRON LAUNCHED WITH LESS THAN 90 MINUTES LEFT BEFORE ABYSS CALCULATION WILL NOT BE ACCOUNTED, since interferrons need longer than 120 (90m active + 30m calculation) minutes to elapse before it takes root.

However, these points can still be recovered if the Interferron is defeated before the current abyss ends.

These interferrons will not interfere with advancing your abyss as they will not block any key passageways and often spawn in floors you already cleared.

Similar to the old abyss, if two players have the same score, whoever reached the score first is placed higher:

However, if the person ahead is interfered and climbed back after the points is deducted (and recovered), he will place behind the other.

(Note: If player A is exactly 2000 points higher than player B, interfering player A will still place him in front of player B when the interfering is complete).

When launching an interferron, you may only target players 3 ranks above/below you.

For instance, if you are at rank 1, you cannot reach the player at rank 5, but players at rank 2-4 can be targeted.

In addition, a target cannot receive interferons if they already have 3 active: 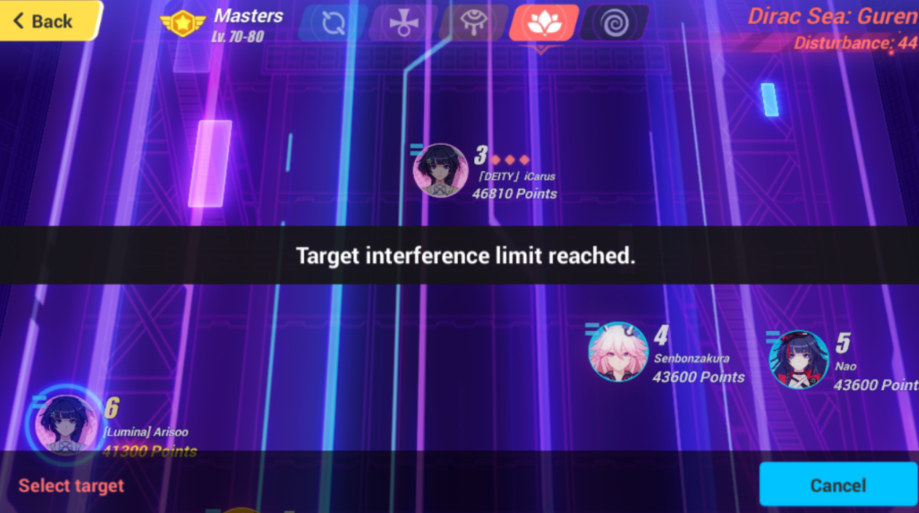 Otherwise, you are met with this interface:

There are six different Interferron groups, two for each type. The Lv3 interferron of each class is:

In addition, each interferron can be improved by meeting up to 6 conditions.

In addition, each condition corresponds to exactly 1 additional skill. 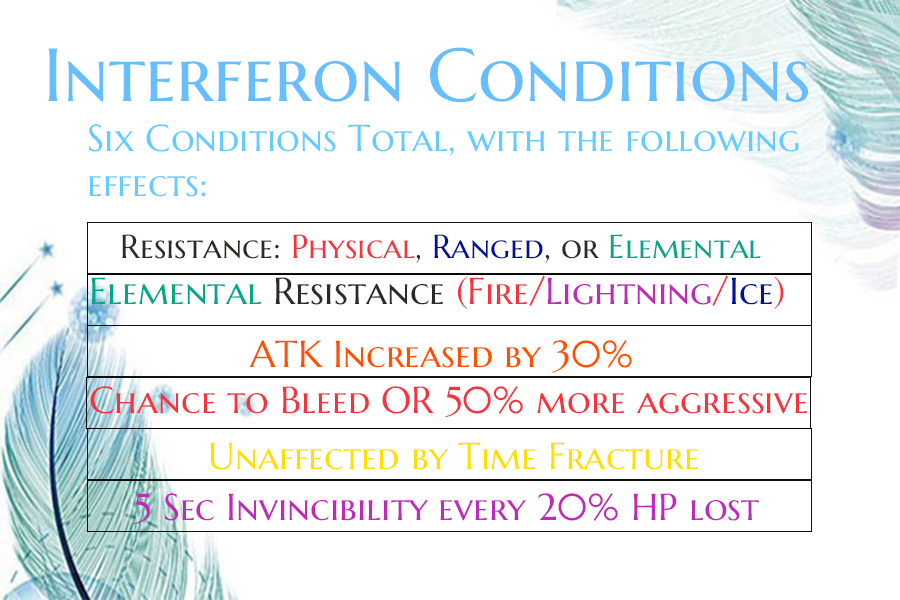 The 4 lower conditions can usually be met easily, often only requiring type/level/character restrictions. The 2 upper conditions, however, are much more difficult as it requires certain highly ranked characters. In Myriad, the 1st condition specifically asks for weak characters such as SSS White Comet or SSS Triumph.

Lastly, note that the Valkyries you use in interfering does NOT remove them from your roster to actually do the abyss, NOR from future launches of interferrons. So, feel free to put in your strongest valkyries to super-power your interferron~

On the receiving end of an interferon? You should consider a few things before trying to dispel the interferron:

First and foremost, its resistance.

When confronted with an interferron, you can check for its resistance BEFORE you enter the map:

This screen will show you all the interfere conditions, as well as a timer that shows you how long before your point will be deducted (or if it is already being deducted, in which case, you will need to clear it to reclaim lost points).

Note that Interfere Strength DOES NOT correlate to their actual strength, and is instead dependent on their interferron level and your bracket's disturbance.

In addition, the Interferron is NOT affected by Floor Conditions. Regardless of the floor they spawn on, it will always as if the floor condition is Clear (no effect) when combatting one.

Next, each boss has weaknesses that you can exploit: 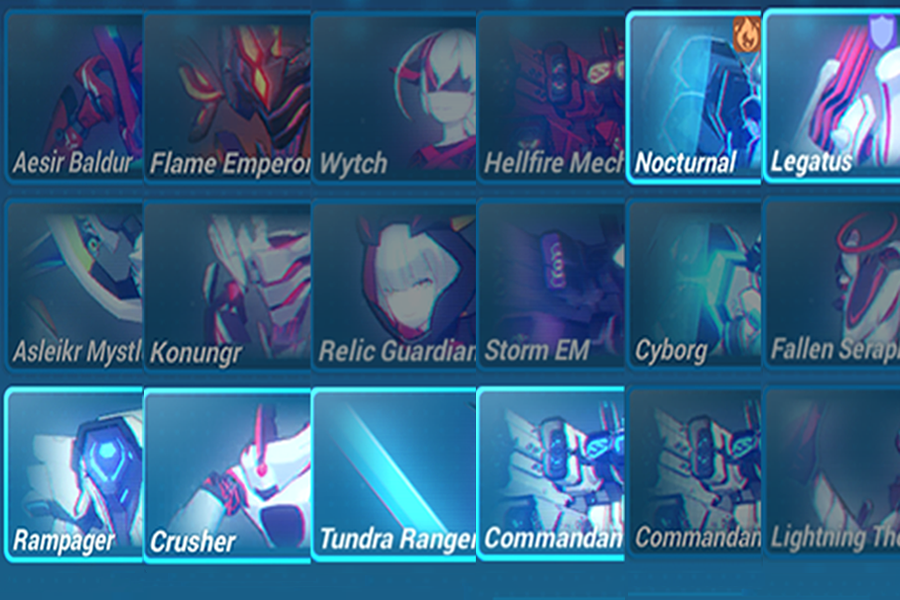 Wytch: Her summoned friends are not immune to Time Fracture, and she does not attack much. Be sure to bring a gatherer as she spawns a lot of cats that can get quickly out of hand and mess up your targeting. Her zooming can be a problem but strong shield break can easily keep her pinned.

Baldur: His moveset is highly predictable if you had experience with him in Abyss. His shield is relatively flimsy so be sure to press your advantage when his shield comes down.

Hellfire Mech: Similar to Baldur, the Mech's moveset is also highly predictable and easy to dodge.

Flame Emperor: Probably the hardest in the bunch. Be sure to break his shield fast using KMB, GK or CH's QTE, VA's Shield break buff, and similar stuff like that. His movesets is very chaotic and the best way to handle it is to make sure he does not use any of them.

Legatus: Very similar to normal Legatus, really annoying and has a wide radius. Ranged characters are best suited for the job. Similar to Flame Emperor, keeping the Boss pinned will do the trick.

Nocturnal: One of the easiest Interferrons, the Nocturnal can be regularly knocked down, which incapacitates him and switches his type to Biological. Try to bring a strong Mecha DPS (such as SD) and a Psychic DPS that can knock him down (VP's QTE, Phoenix's long combo, 6S's QTE and UR's Charged+Aphrodite swing can usually do the trick).

Interferons are a very essential part of Dirac Sea, and being able to manipulate it best to your advantage is sure to win you some more retentions than you normally would.

And even if you are not feeling very spiteful against your fellow comrades, it never hurts to be prepared against someone who is, right?

I hope this short guide will help you in your ventures into the Dirac Sea. I'll see you next time~