INTRODUCTION
Lava Emperor and Frost Emperor are Abyss final floor bosses introduced in v3.8. This boss duo is one of the easiest bosses so far, since they are just enhanced Elite enemies. As a result, there's a lot of competition for retention/promotion. This guide aims to provide basic boss info, strategy, team options, and gameplay examples against this boss duo in Masters Red Lotus.

2- CHARGING EVADION
Unlike most of the other Abyss bosses, Emperors can be floated, paralyzed, time slowed etc. so they are basically your punching bag for most parts of the fight. The next step is just figuring out how to charge Evadion fast.

Note that Physical teams like KMB and NS don't need to rely on Evadion for damage. 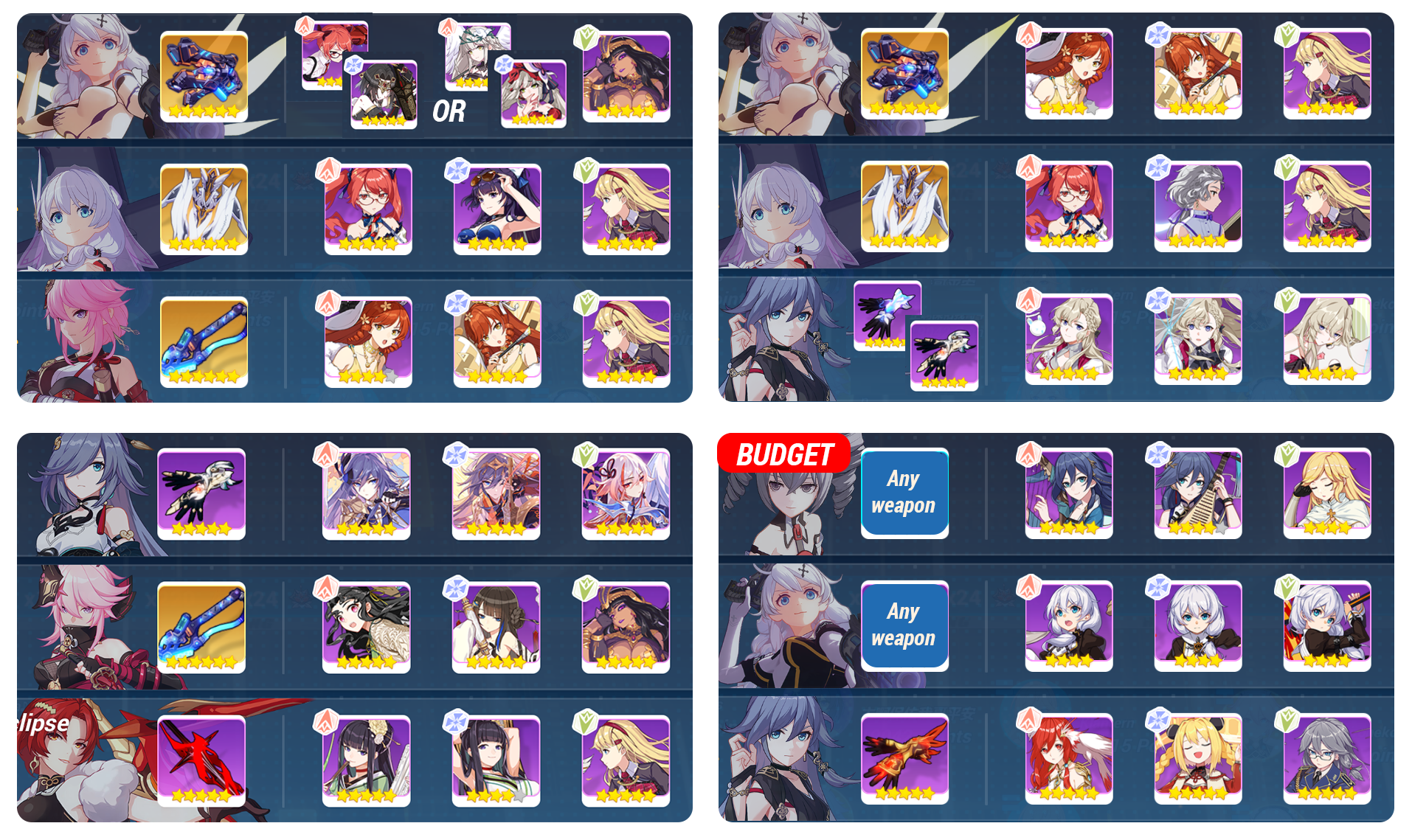 Knight Moonbeam  team is a easy to pull off but hard to get top score due to Crit RNG. This team absolutely needs the PRI-ARMs. If you don't have them, I suggest doing the easier Night Squire team.

Darkbolt Jonin  is strong against this boss even without the Evadion charge. Make sure to apply MAG-Typhoon paralyze to get Fuxi M and Cleo B bonuses.

Compilation of the teams mentioned above, with explanation of each team. Also, a short Stygian Nymph example in this video. (RL 173 Eh)

CONCLUSION
You've reached the end of this guide. Hopefully you learned a thing or two from this short guide. Quick fact: In v3.8, Darkbolt Jonin was the top scorer. In v3.9, Emperors' HP were rebalanced, and this allowed KMB and NS teams to score higher, but DJ score remained the same. RIP DJ. Here's a gameplay compilation of v3.8 Emperor Teams. https://youtu.be/8feqTXmzAek

If you have any feedback, you can find me in Official Discord or here or on Youtube.