Stygian Nymph excels at both solo enemies and packs of enemies, making her a great valk to clear QS with. Since a lot of captains just pulled SN from the anniversary EXPA, I want to make a guide on the proper way to play her!

In the gameplay video, I'll be clearing Myriad Q-Gateway (the last floors after the initial gateway), so the gear requirements for RL are a lot lower. At a minimum, you'll want Path to Acheron and Poe 2-set. 11th PRI is also quite important here, without it the rotation is still doable but you spend a lot more time farming for SP. 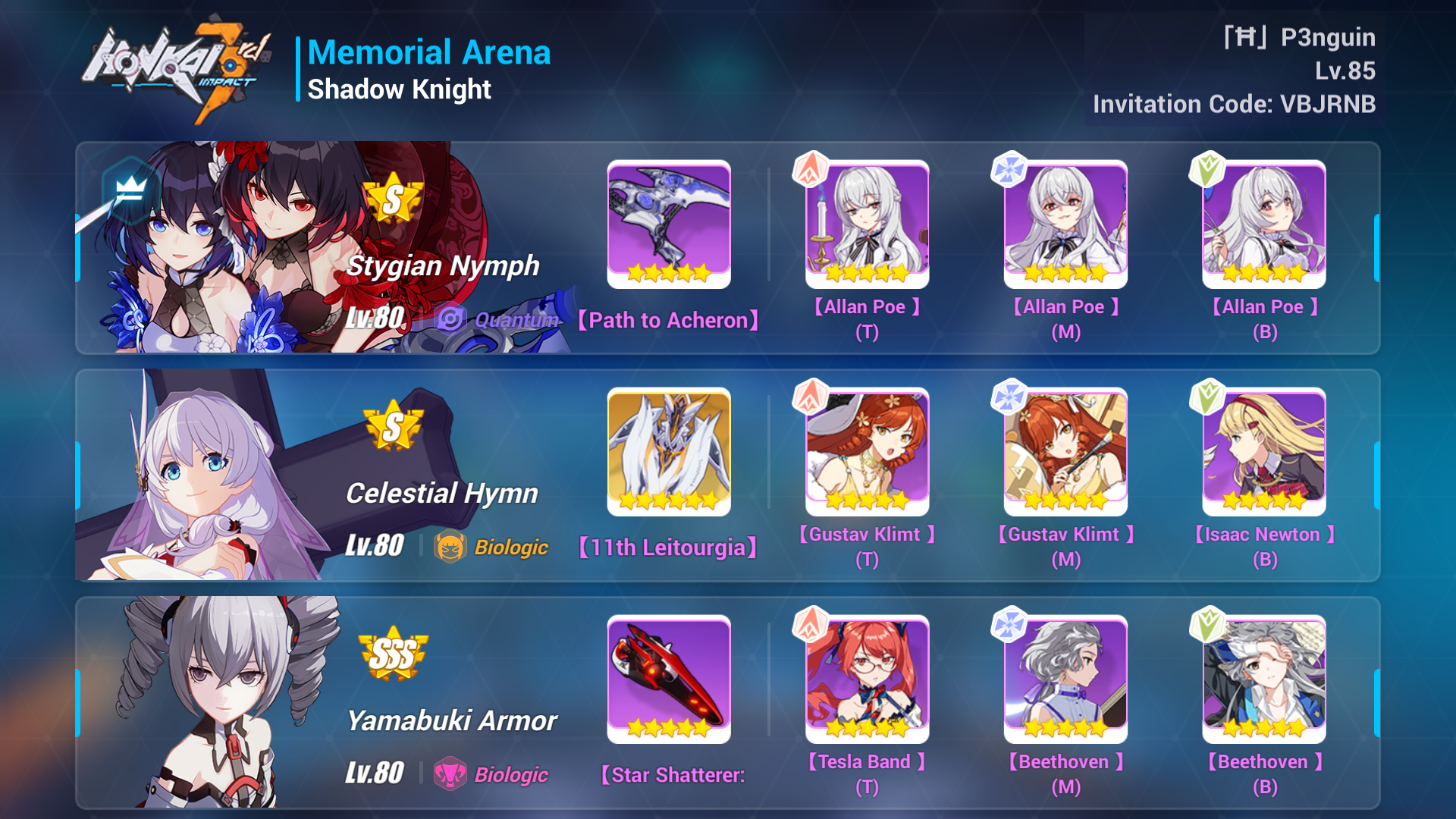 For multiple enemies (mobs or soul link), you want to start the rotation by farming up SP on CH for an ult. To farm SP, CH always does 2 basic attacks, dodge and repeat. Try to hit multiple enemies for massive SP gain! Once you have 145 SP, ult, drop cross, then switch to DK. DK taps to trigger SN QTE, then ults to re-gather enemies and apply Beet 2-set effect (if no Beet 2-set, just tap and ult only if needed to gather).

SN QTEs in, then if she's in white form, you do charge, dodge, charge, then ult, plus another charge after ult and 1 basic attack string plus and charge. If she's in red form, you do only one charge, then ult, charge, dodge, charge, then 1 basic attack string plus charge. The idea is to do more charges in white form than red against multiple enemies, because her white form mark deals AoE damage, meaning that every enemy damages each other! Don't worry, the gameplay video shows this more in-depth.

After SN is done, you go back to DK and if her ult is still going, regather the enemies for CH to farm SP and restart the rotation.

For solo enemies, like boss rush or stragglers from mob waves, you can DK tap to trigger SN QTE, CH cross + charge attack, then SN QTE. For SN, no matter what form, you only want to do 1 charge attack and ult ASAP so that your ult can catch CH's impair (which isn't extendable by TF). If your DK shield is gone, you can start the rotation with DK block to refresh the shield. If you have 11th PRI, you can switch back to CH ult rotations every 2nd or 3rd rotation due to the huge passive SP gain.