Hello, captain! Welcome to Version 4.6 Patch Overview by Kopenych & A.E.N.! Global Server 3rd Anniversary draws near with a tremendous celebration, so we finally can shed some light on upcoming update details! Let’s check all the news out together!
WARNING: All information is based on BETA 4.6. 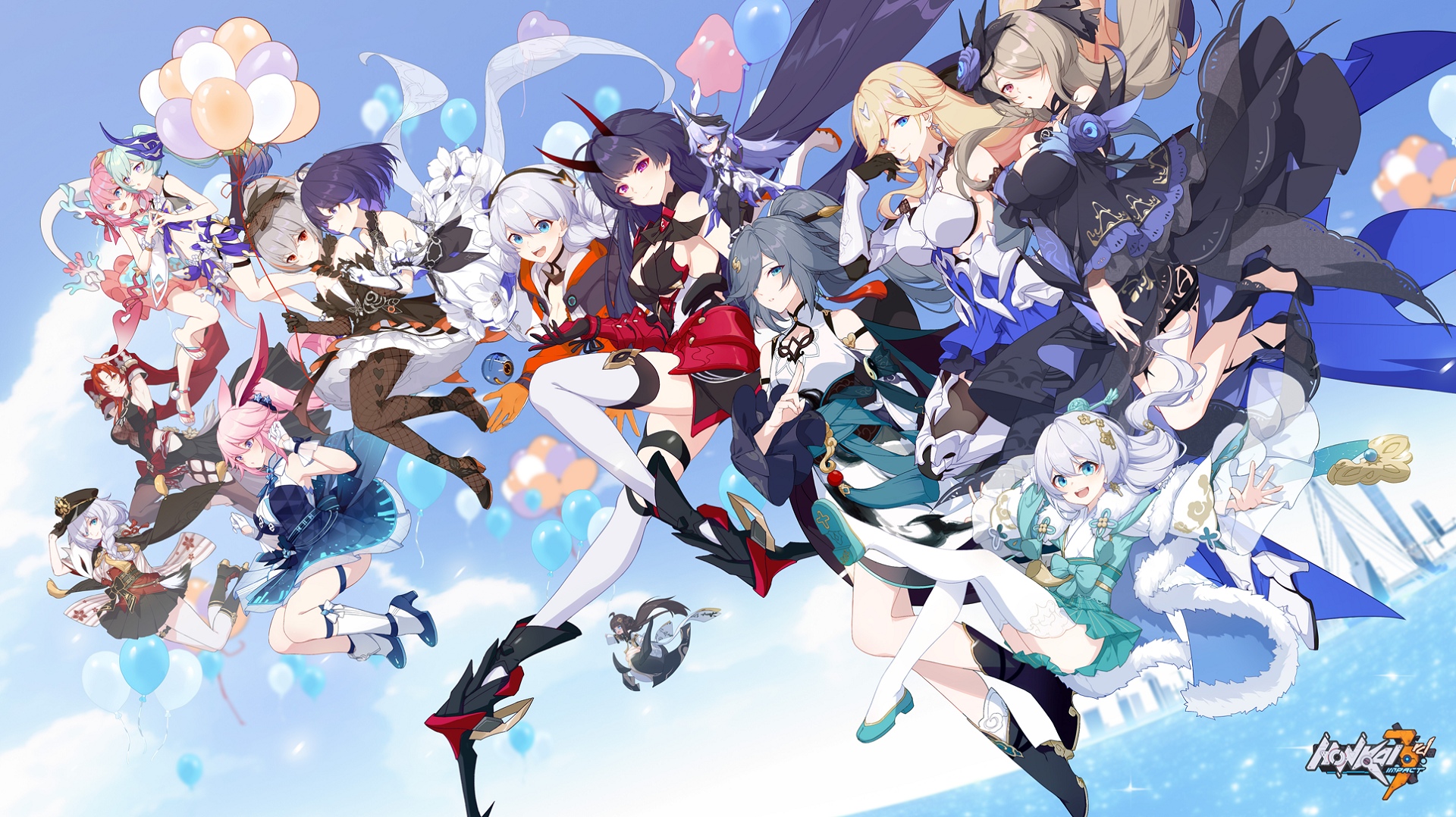 Global server is ready to celebrate the 3rd Anniversary with tons of bonuses and events!

Be sure not to miss anything in the list of Anniversary Feast, let’s check out v4.6 freebies!

She is the master of sentience and a nightmare to all… She will reverse all creations! Fu Hua’s S-rank Herrscher battlesuit [Herrscher of Sentience] debuts! Switch between sword, spear, and chain blades seamlessly, stop time with illusive space, and disrupt enemy mobs with combo slashes!

New Herrscher enters the battlefield, and she uses all Fu Hua’s millenial experience in martial arts to its fullest. Herrscher of Sentience is a perfect candidate for both Support and Attack roles, so try to choose her equipment wisely depending on her needed position in your team. HoS is a Burst-type Valkyrie who has Impair, Time Mastery and Gather options at her disposal, so she greatly performs with Burst Mode stigmas as well.

Don’t forget to check the possible options with different types of gears if you want to find an alternative! Biggest thanks to Marisa Honkai and other Captains for the translation of this table.

I'm Water's Edge, once one of the Xuanyuan Swords. I can control the flow to remove any barriers for you. Huh? You're interested in my martial arts? Just child's play. I can't even hold a candle to her…

How to get Water’s Edge:

Once Upon a Time in Shenzhou

Legends say deep down the southern tropics lies an uncharted island that is the home to the mysterious Nian and the even more mysterious Phoenix the Celestial… St.Freya sets sail for a southern island to celebrate the coming of spring!
Participate in 4.6 special event to get Starlit Astrologos outfit “Herald of Spring”, an S-rank battlesuit option, the brand-new Taixuan bridge theme, and other rewards! 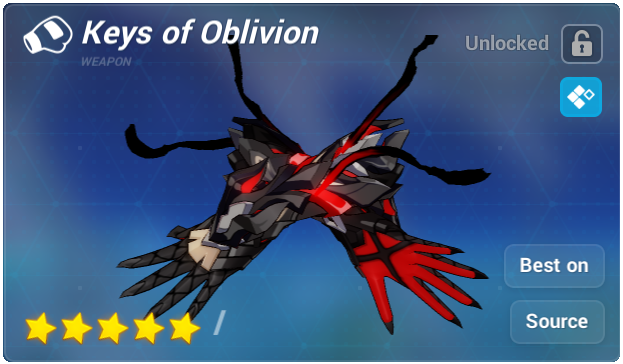 While wielder is on standby, team deals 15% bonus Physical DMG. This effect cannot stack with Domain of Sentience passive skill. 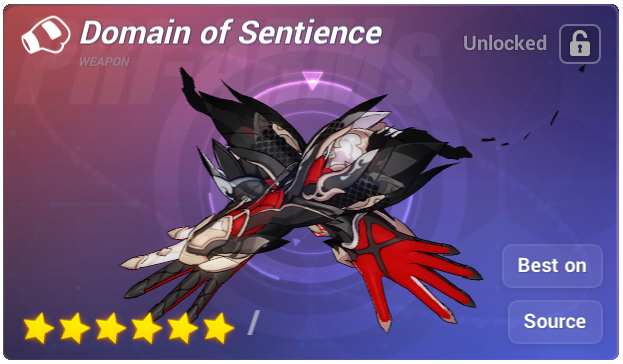 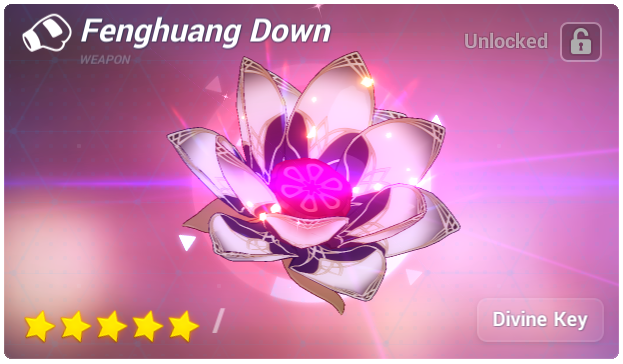 Weapon Skill: 10 SP
Cooldown: 25 sec
Unleash Fenghuang Down's power to immobilize enemies nearby for up to 8s (up to 3s against elite enemies or bosses). 1 sec after being attacked by wielder or her teammates, immobilized enemies recover and take 2000% ATK of Fire DMG. 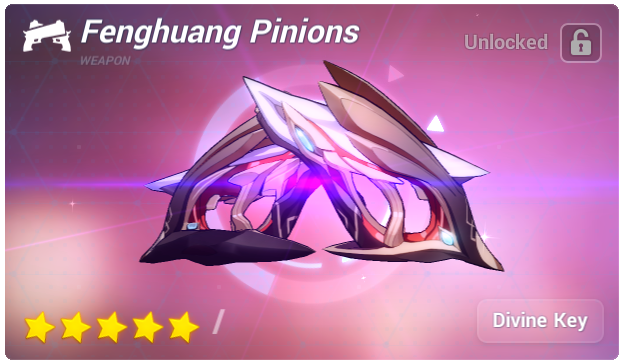 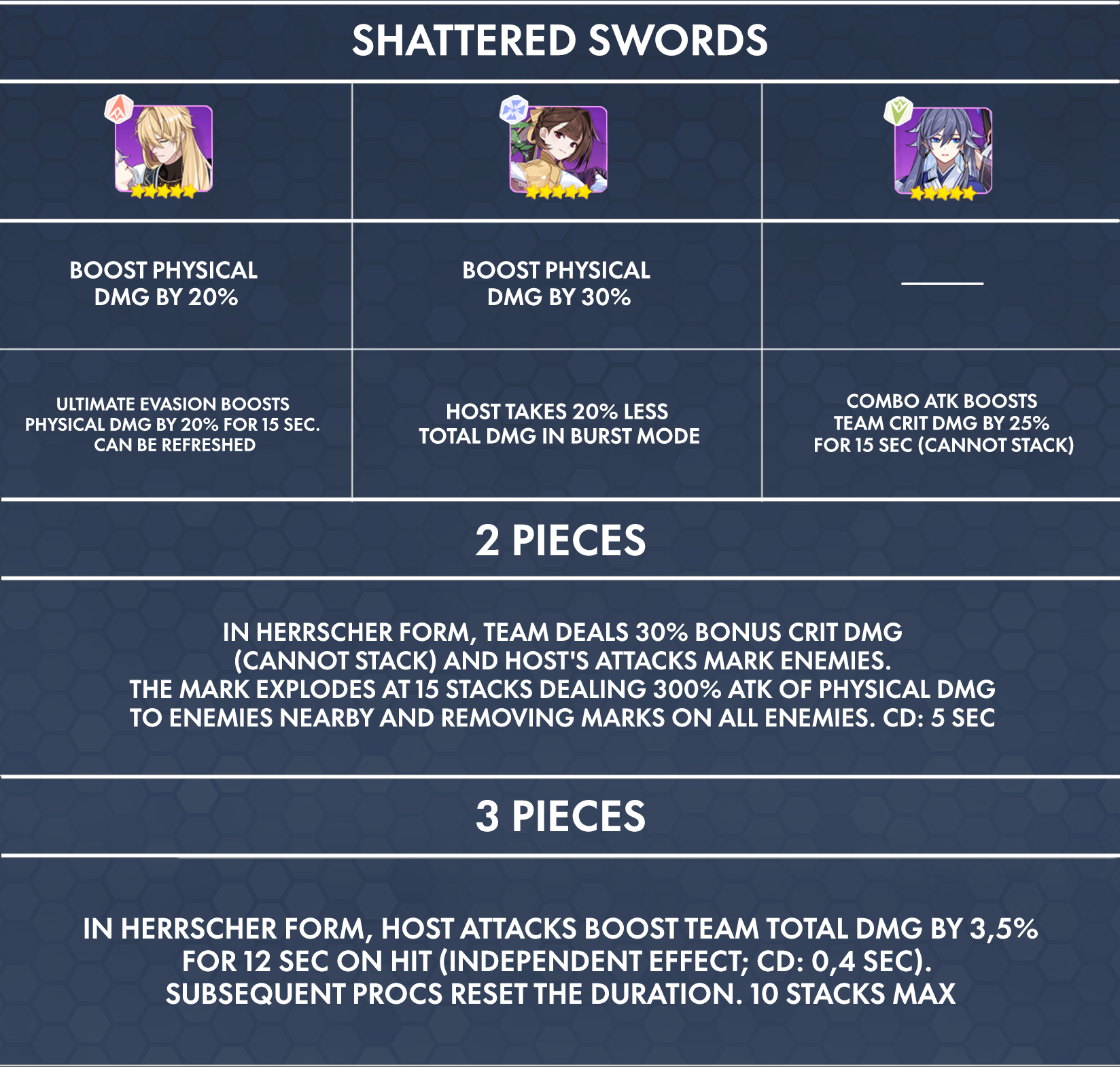 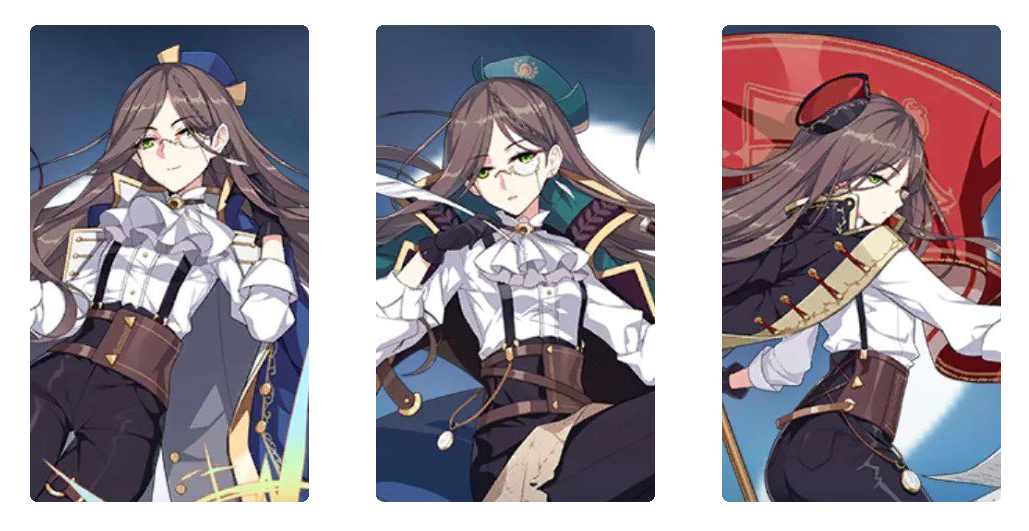 Columbus has the same stats and skills as the collab-exclusive Children set. Their pieces can be mixed and matched to complete the set. Columbus will enter Equipment Supply in the future. Due to the limitations of the album, obtaining Columbus set during v4.6 will not unlock it in the album (it will be unlocked in a future version).

Source: Event “Once Upon a Time in Shenzhou” 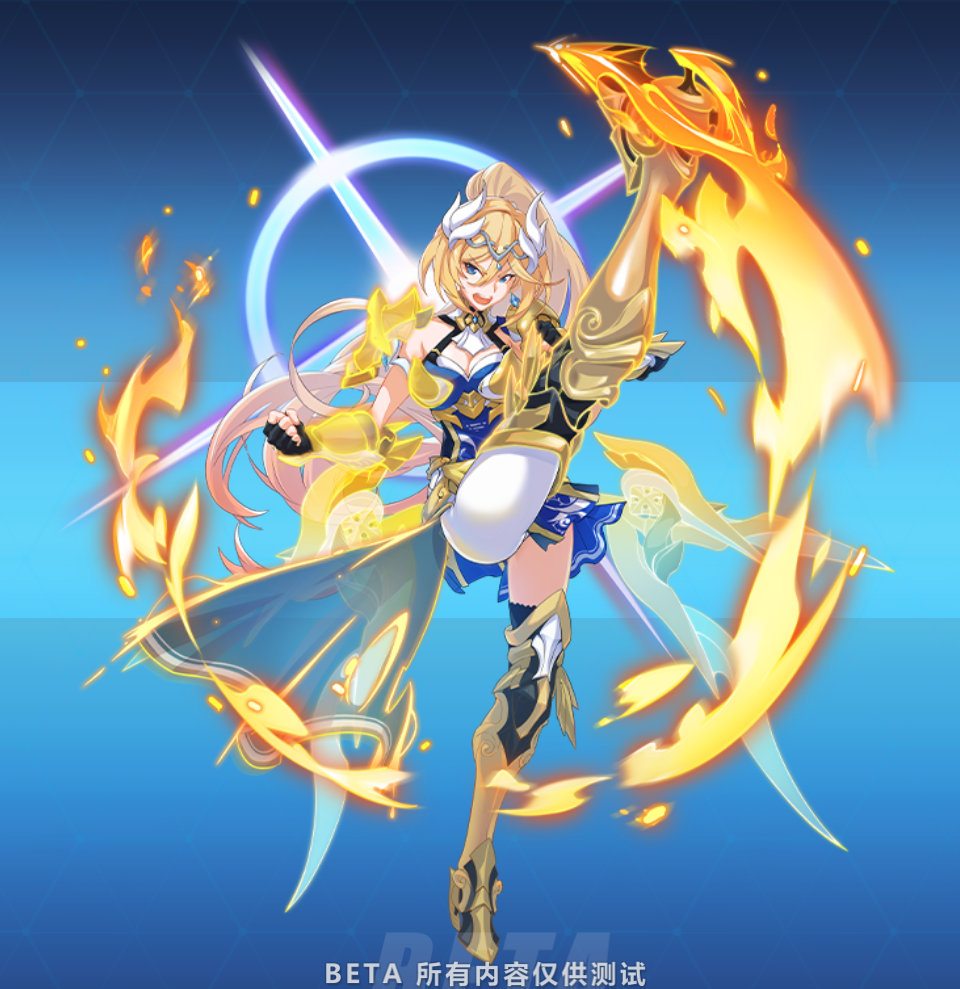 Durandal: Dea Anchora opens up the set of new event stigmas - Bringer of Light, and a new collectible emblem as well. 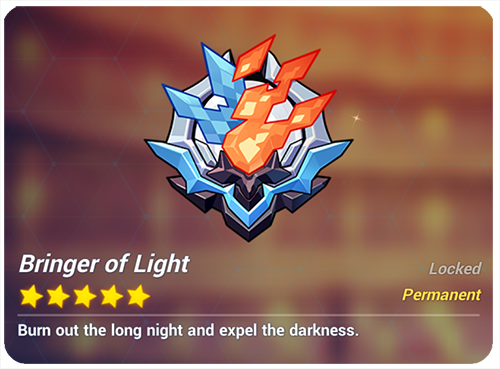 Elite Works update is coming with Key of Reason, Keys of the Void, Welt Yang, and Sirin: Ascendant on board! Additionally, Battle Pass will go through a lot of changes: now you can get Valkyrie Fragments in Paladin Battle Pass! This version’s exclusive is Herrscher of the Void.
Paladin Battle Pass also contains a commemorative frame border for version 4.6: Master of the Mind Ribbon and the special outfit for Valkyrie Gloria - Misty Lavender! 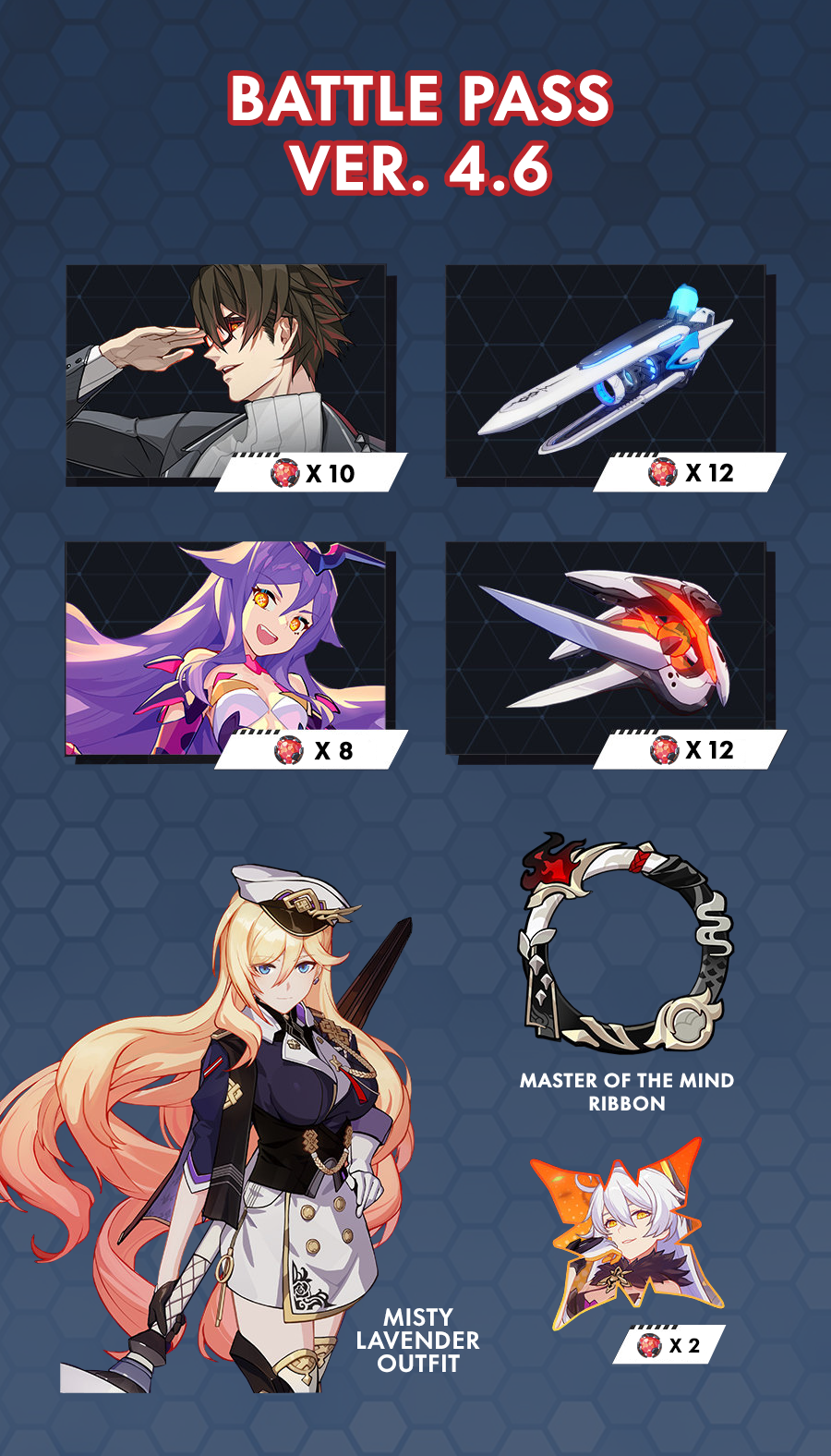 With a lot of changes Elite Works gets an update as well and re-opens the shop with all stigmas and weapons starting from v.4.2. [Fallen Crystallium] will also be replaced with a new Lucion-type currency, so don’t forget to use it before expiration time!

New gorgeous outfits are coming in this update! We prepared GIF showcases to show all upcoming outfits for version 4.6.

Source: Once Upon a Time in Shenzhou

This outfit automatically unlocks with the version without glasses!

After 4.6 Dirac Sea will be removed from Abyss for Captains below Lv81. 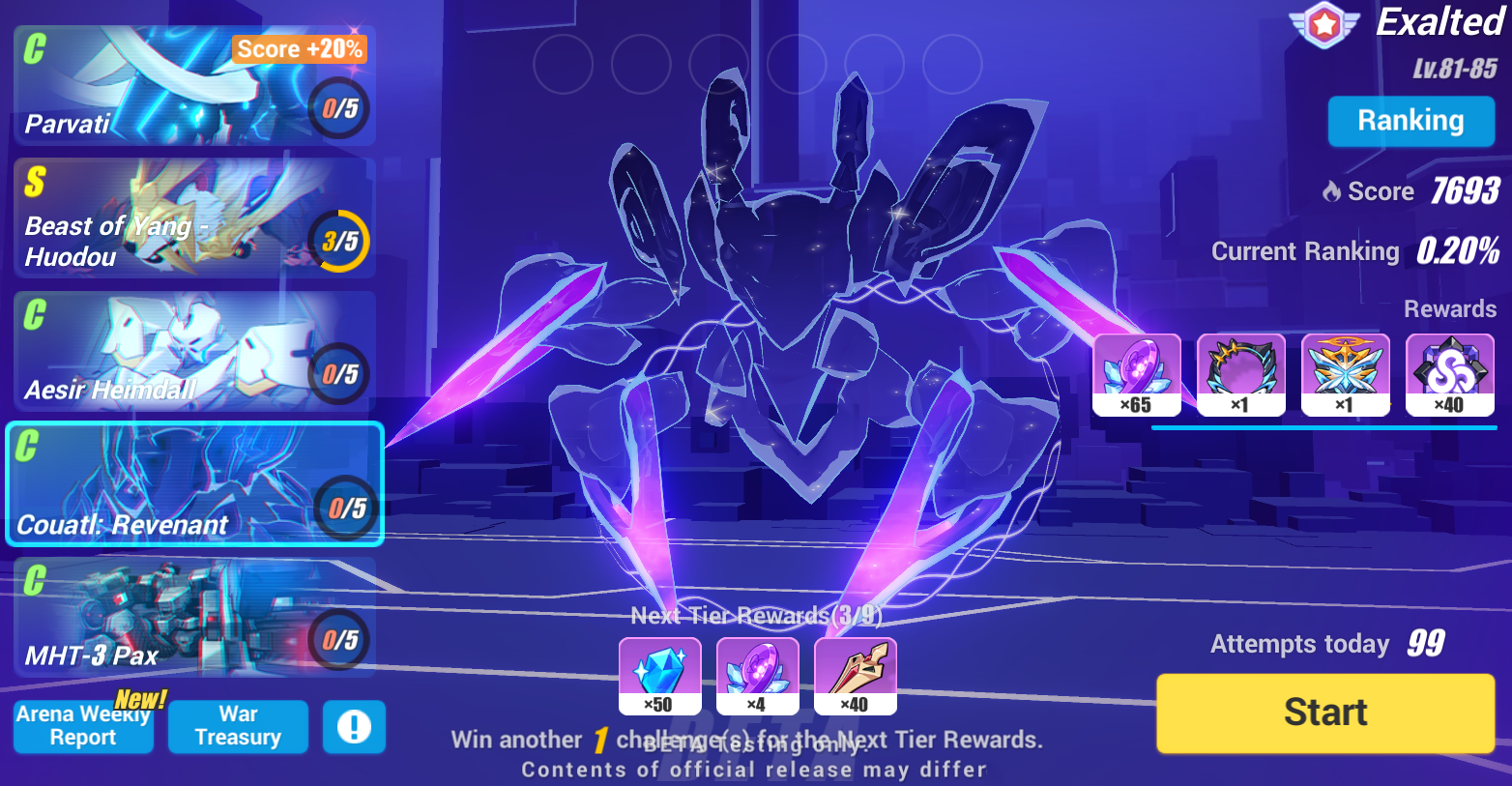 Adjusted the execution time window of QTEs to the same as that of solo stages so they no longer interrupt Ultimate animations.

New Captain Bridge system is on! Now you’ll be able to set the themes, music, and even the weather on your bridge freely! New themes [Taixuan Steps] and [Arc City] will become available after v4.6 update. 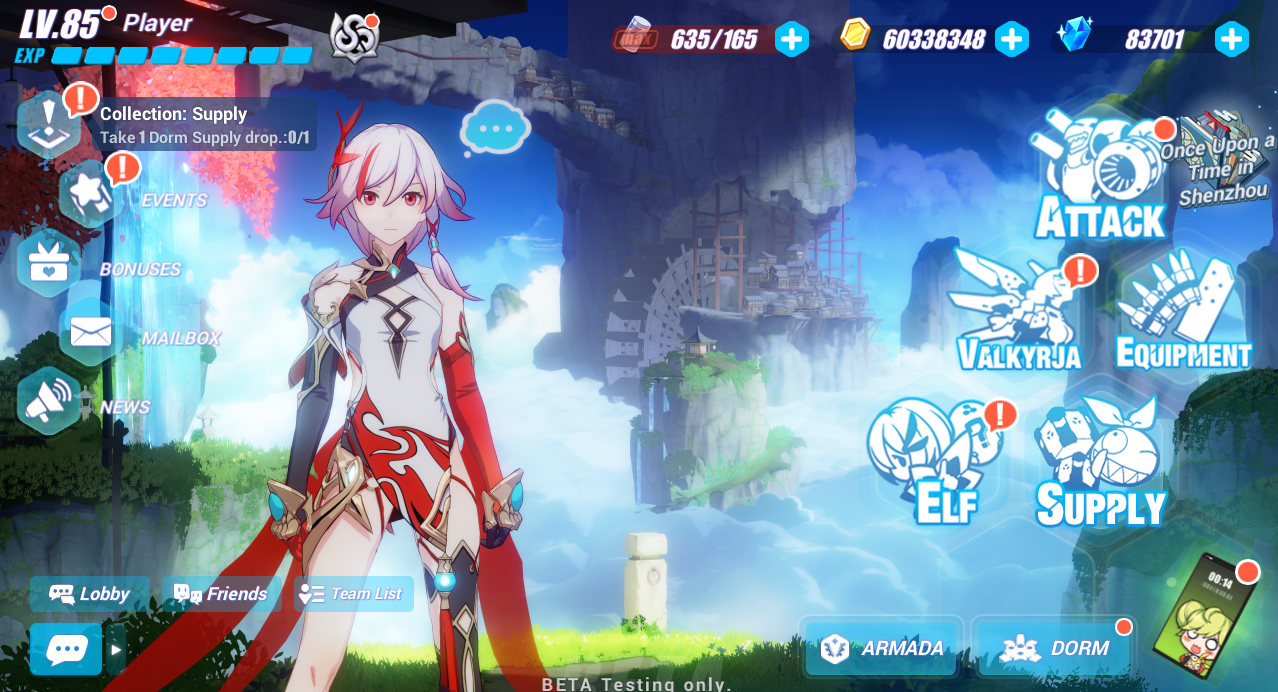 Brand new rank-up system for battlesuits is coming! The battlesuit rank-up interface will be redesigned for easier navigation, but now new changes are applied to Kiana Kaslana’s [Herrscher of the Void] battlesuit and Fu Hua’s [Herrscher of Sentience].The number of Star Levels between S-rank and SS-rank is increased, but the number of total fragments/souls required by each Star Level is lowered. The total consumption of fragments/souls for SSS-rank, however, remains the same. 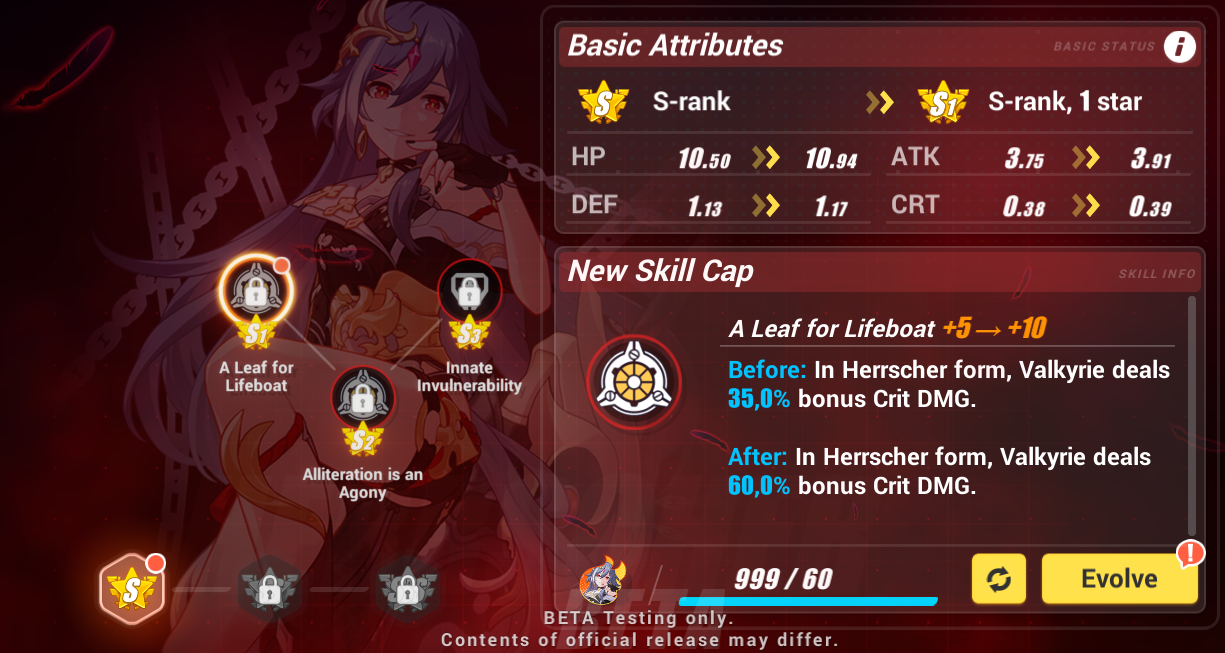 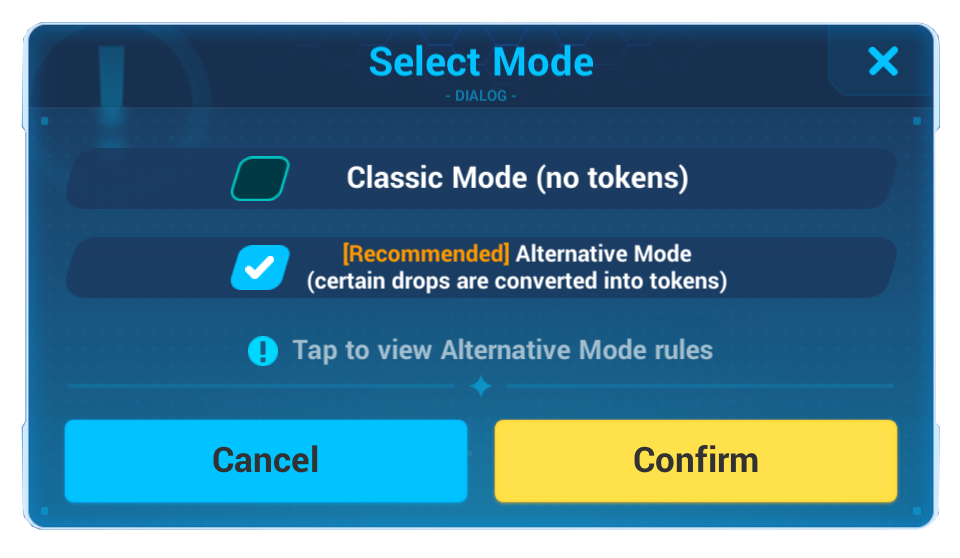 New Supply mode is on! Now you’ll be able to switch between the Classic Mode (the current one) and the Alternative Mode when pulling Expansion Supply.

It provides the next bonuses: 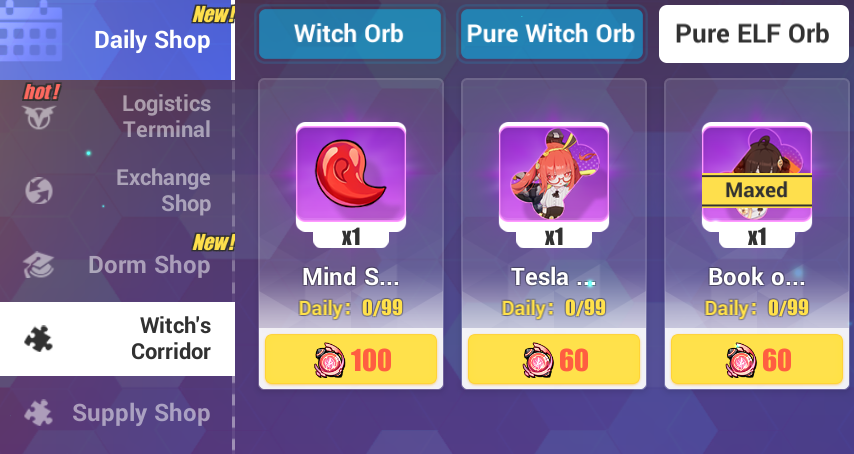 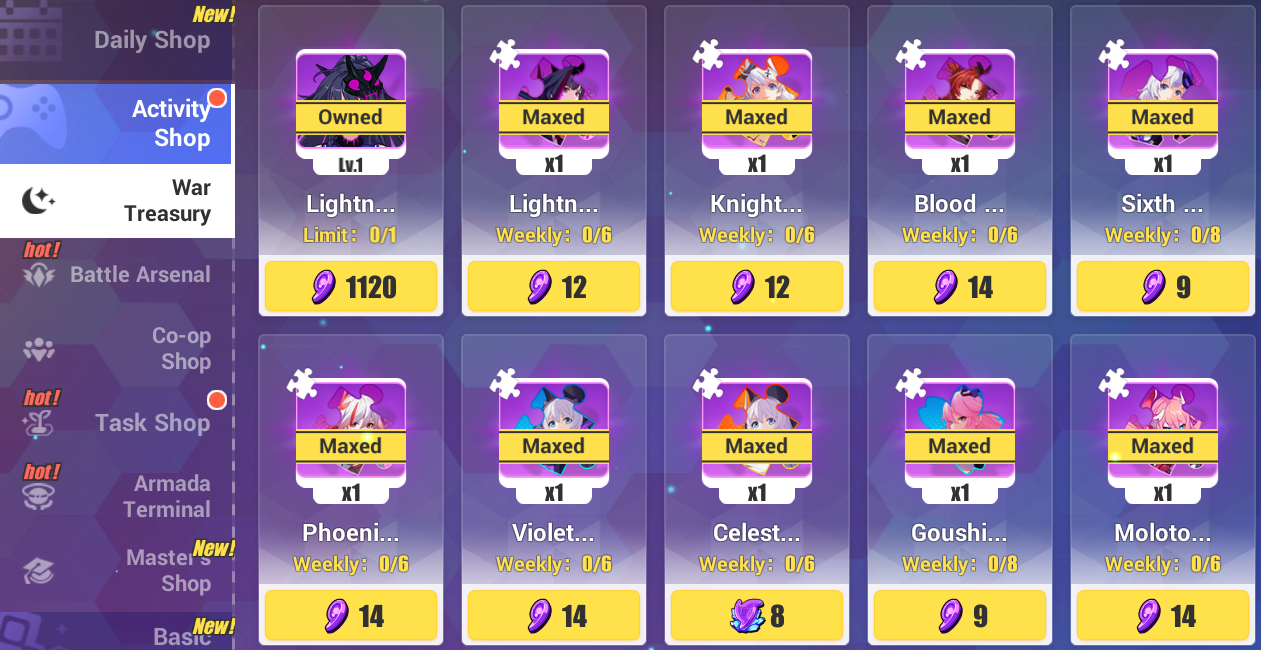 Genome Reaper and Caravaggio stigma set are added in the shop. 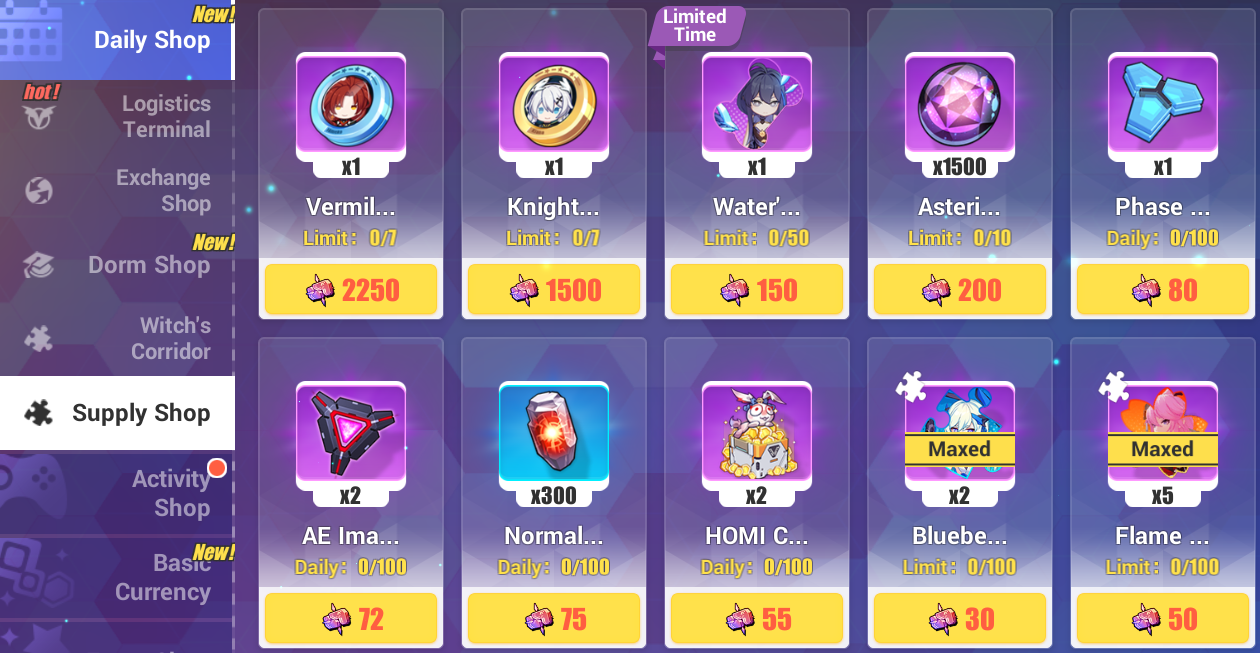 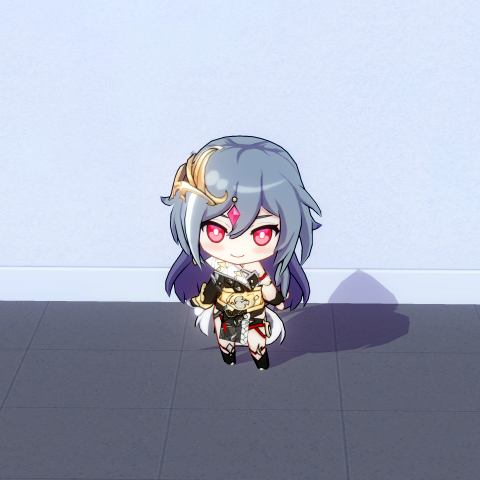 That’s all for today - thank you very much for reading our review, hope you like it! We wish you Happy Anniversary - enjoy the game, don’t forget about the freebies, and just have fun! With love, Kopenych & A.E.N. 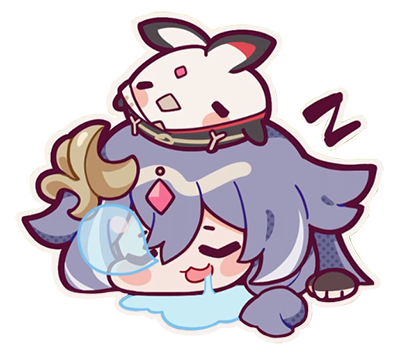