Human history is filled with heroes who helped stem the Honkai flood. Despite having left the physical world, their heroic spirits have lived on as stigmata that help bolster young Valkyries fighting in the apocalyptic wars. 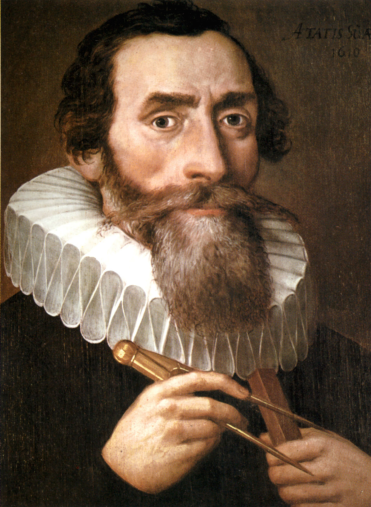 Johannes Kepler was a renowned German astronomer, physicist, and mathematician. Kepler discovered the 3 laws of planetary motion: the Law of Orbit, the Law of Area, and the Law of Period. These 3 laws can be described as: (1) planets move along orbits that are ellipses of different sizes; (2) for an equal interval of time, the line joining the planet to the orbital focus sweeps an equal area; and (3) the square of the orbital period is proportional to the cube of the axis between the planet and the sun. For discovering these 3 laws, Kepler was given the accolade of "Ruler of Sky".

So how exactly can this [Ruler of Sky] stigmata set help us in the Honkai War? 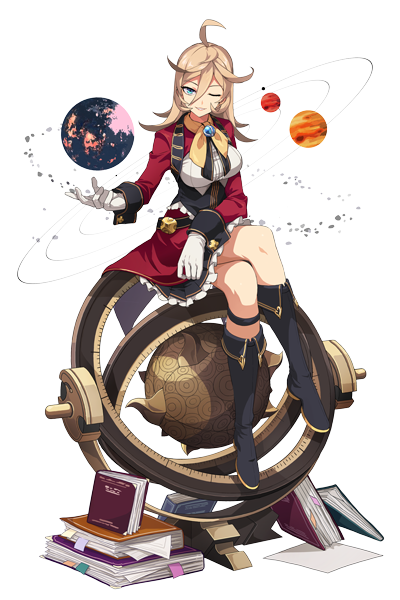 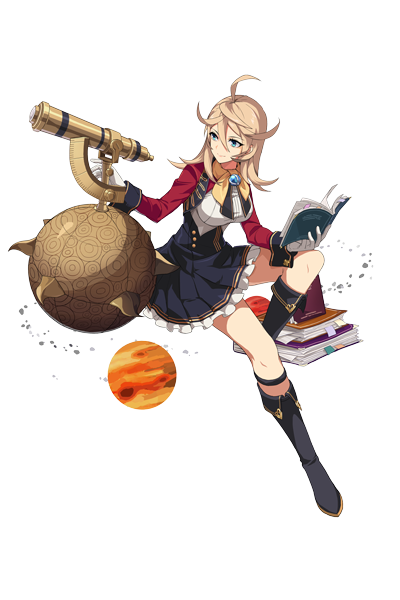 Stigma skills (Lv.50 figures)
Law of Orbit: Upon scoring a crit strike, paralyzes the target and surrounding enemies within a 3-meter radius for 2.0s. CD: 4.0s. 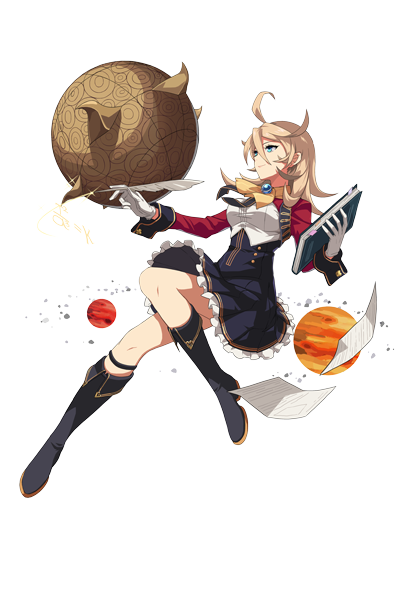 Critical strikes mark non-Boss enemies for Judgment. These enemies then take 15% ATK of Physical DMG per second for 30s. CD: 5s. For every marked enemy marked for Judgment, character gains 6% Crit Rate. Stacks up to 5 times.

[Kepler] is a stigmata set designed around crit strikes. Character equipping [Kepler (T)] can deal impressive AOE DMG when scoring a crit. [Kepler (M)] also deals an AOE paralysis effect when landing a crit, providing opportunities for additional DMG for the Valkyries. [Kepler (B)] heals the HP of the equipping Valkyrie when landing a crit, thereby improving her survival.

For set bonuses, the 2-pc set skill [Meteoritic Impact] serves as a general purpose Crit DMG booster. The 3-pc set skill [Sky Order] continuously buffs the character's Crit Rate during combat, and is well-tied with other crit-related stigmata skills, further enhancing the proc of passive skills of all three stigmata as well as the 2-pc set skill. The [Sky Order] effect also deals up to 450% ATK of Physical DMG to the enemies.

Experienced Captains can instantly tell that [Kepler] is perfect for Physical DPS Valkyries with high Crit and high Attack Speed. And since [Kepler (M)] provides good AOE paralysis, [Knight Moonbeam] battlesuit is the obvious best fit since she has an innate DMG bonus against paralyzed enemies. 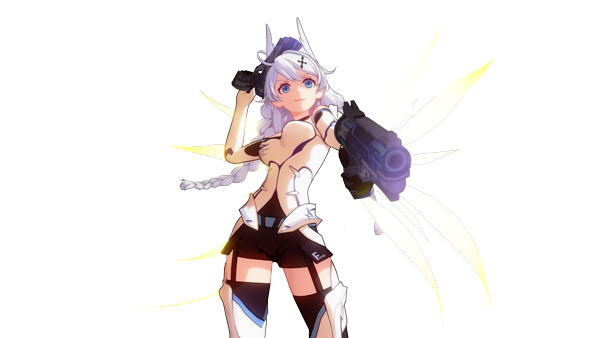 Captains without [Hyper Railguns] or paralysis abilities will be unable to proc this Honkai-slaughtering passive. [Kepler], however, will help address this issue. On her own, [Kepler (M)] exerts a 50% AOE paralysis effect. This is a more reliable proc compared to the [Paralyzing Current] passive of [Hyper Railguns] (hits have 3.0% chance to paralyze the target; paralyzed targets cannot move or attack for 2.50s).

Of course, the excellent paralyzing effect of [Kepler (M)] synergizes perfectly with [Kepler (T)] whose passive is also enhanced by paralysis-triggered DMG boosters for dealing considerable AOE DMG. The 2-pc [Kepler] set effect is a great fit for Physical DMG Valkyries such as Moonbeam. Total Physical DMG multipliers further improve the Crit DMG bonus to boost her DPS. The 3-pc [Kepler] set and the additional HP healing provided by [Kepler (B)] will greatly enhance Moonbeam's survivability in drawn out battles.

Overall, [Kepler] is a well-balanced set. But to squeeze more DPS out of your Valkyries, you can consider equipping [Cleopatra (B)] to unload more paralysis-triggered DMG. To conclude, Moonbeam benefits immensely from a 3-pc [Kepler] set. For a more offensive-oriented build, use [Kepler (T)], [Kepler (M)], and [Cleopatra (B)]. Adjust and change according to the situation and victory shall be yours, Captain!