Greetings, this is Ai-chan, the newly instated drill instructor of the Hyperion's Honor Guard.
Today we'll be glossing over a combat guide for Night Squire, a new battlesuit just released in the new version. Time to dust some knuckles while looking stylish at the same time!

Night Squire is Fu Hua's new melee-combat battlesuit focusing on single-target DMG. Her Six Fists moves can be further empowered by [Ripple] energy, allowing this battlesuit to serve as a DPS nuke for taking down powerful bosses and elites.

Ripple: Charge of the Stars

Night Squire has a unique [Ripple] energy gage system displayed above her HP bar, and she gains Ripple by performing basic attacks, evasions, and ultimates. Night Squire can store up to 5 Ripple units (and starts with 3 in combat). Ripple will not change with time during deployment.

When deployed, the Ripple gage will show up at the bottom area of the screen. Night Squire starts off with 3 units of Ripple at the start of battle and stores up to 5. Most of her buffs revolve around the Ripple system.

Night Squire has an extensive list of attack moves: We'll label [Attack] button as A and [Ultimate] button as B.

Common combo-chain: With Ripple, use Ri-Ki Raptor Strike (AAB). Note: The Shoryuken uppercut of this move is extremely powerful and can even knock shielded enemies airborne. Link this with Ri-Ki Talon Storm (BBA) to spend the Ripple and deal more DMG while triggering the passive skill buffs (Marshal and Catastrophe). Feel free to add basic attack moves such as Ri-Ki Darting Kite (AAA) and Ri-Ki Phoenix Soar (BBB) to regain Ripple and trigger the Chancellor passive buff for Iron Body and DMG reduction.

When Night Squire has 100 SP, tap and hold the [Ultimate] button (B) to max your Ripple and enter burst mode for 8s. In burst mode: Every ATK will give Night Squire temporary invincibility and slow down nearby enemies. Attack commands are also streamlined (just mash the A or B buttons), allowing you to unleash fabulous combo chains for meteoric DMG. 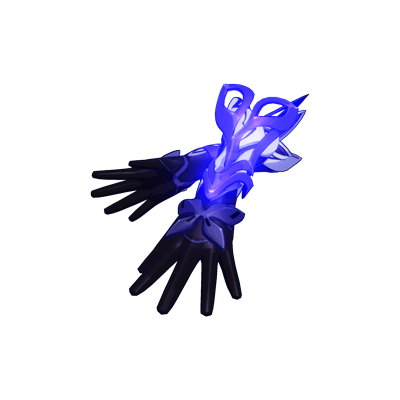 This version will be releasing Skoll and Hati, a pair of gauntlets that matches the Physical DMG output of Night Squire. The active skill will deal continuous DMG to nearby enemies and reduce DMG taken from the back and side. The wielder also gains Crit Rate versus slowed enemies.
Skoll and Hati will appear in subsequent Focused Supply events. Ai-chan will be providing more detailed info then. 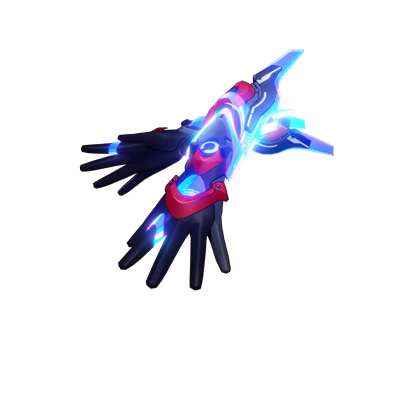 Stellar Vortex is also a great weapon for Night Squire. The active skill can slow down the enemy to trigger the Imperator passive skill bonus of the battlesuit. The passive skill of these gauntlets allows the Night Squire to deal significant AOE Physical DMG when her Combo ATK hits. This passive DMG has a short CD.

Schrodinger Band (B): Provides the much needed boost to Attack Speed and SP gain. Recommend having a 2-pc set with Schrodinger Band (T). This will allow Night Squire to gain SP more quickly and cast ultimates more often for more DMG spikes.
Ekaterina (M) grants a massive bonus to Physical DMG attacks at high Combo Hit Count, making her a perfect fit for Night Squire who deals Physical DMG and can rack up combo hits quickly.
Lier Scarlet (M) is an alternative that can continuously deal DMG to nearby enemies, making her a better choice for situations where getting Combo Hit Counts may be difficult.

Switch in NS to use Ri-Ki Raptor Strike to knock and keep the enemy in the air. At 0 Ripple, switch in MB and CH for their respective QTE skills. You can also switch in MB earlier to evade enemy attacks. CH's attacks will help the entire team gain SP. Then activate her ultimate to clump and impair the enemies. Switch in NS with her QTE, then unleash her ultimate to enter a state of invincibility and unload the DMG nuke.

Switch in VC, then use her ultimate to clump the enemies and apply YA's AOE impair to create the perfect setup that maximizes NS's DMG output. The YA shielding will also boost the survivability of the entire squad.

This is it for the Honor Guard's guide. Study it well! Godspeed, Captains!