Dear Captains, welcome to Schicksal Battlesuit Labs, I'm Ai-chan, the Chief Research Officer. This time, Ai-chan will bring you the strategy guide for the 4th Generation Valkyrie Godsbane-class Battlesuit [Shadow Knight]! Be sure to listen carefully~

B. Skills and DMG Output

We'll label [Attack] button as A and [Ultimate] button as B. At above 60 SP, hold B to cast Shi-Ki Crescent and enter Eclipse Mode. In Eclipse Mode, the attack sequence and DMG output of Shadow Knight will change.

The Combo deals damage 6 times.
There will be 3 Dash attacks in Eclipse, instead of 2. The Dash Distance is very long, which can cross most of the map to pursue the target.
Both the 2nd and 3rd Dash Attack can generate the [New Moon] buff.
The enemy will be knocked down in the 3rd Dash Attack.

The Combo deals damage 19 times.
During the onslaught, Shadow Knight will become Iron Body, immobilize the enemies and draw them to her front. This is the primary method to deal damage.
The enemy will be knocked down in the last strike.

Generate a Lightning Field which deals a tiny amount of damage to enemies in it. Lightning DMG dealt to enemies will also increase proportionately every second. As many as 50% additional Lightning DMG can be received.

Method 1 is relatively simple, while Method 2 is more complicated and requires fewer errors. You can get higher DMG output and faster SP recovery using Method 2.

After activating the Ultimate
If [New Moon] buff is active, keep using Shi-Ki Onslaught (AAABBB) + Evasion, which will speed up attack tempo.

Try to keep the enemies airborne if you want to launch nonstop airborne attacks. 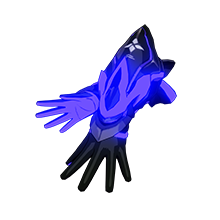 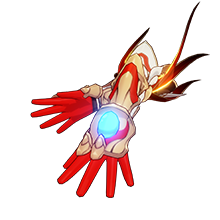 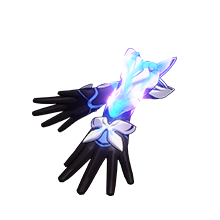 The active weapon skill of Skoll and Hati counts toward the combo hit and triggers [New Moon], which is perfect for DPS boost for a short period. 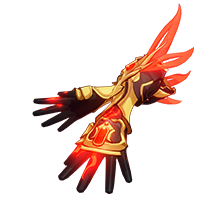 Monet set is, so to speak, tailor-made for Shadow Knight. While Monet (T) and Monet (M) offer considerable Lightning DMG buff, Monet (B) is able to slow down the enemies and trigger Shadow Knight's Merciless passive, thus increasing Total DMG Multiplier.
When equipped with 2 of them, a lightning shield will be generated every 15 seconds. In the duration of the lightning shield, Shadow Knight is immune to Physical DMG for a short period of time and enjoys 30% increase in Lightning DMG.
When equipped with 3 of them, Monet (B) can trigger mass slow and recover 8% HP, which is extremely useful in the scorching Abyss.

Top: Shakespeare (T), you can also use Nagamitsu (T) and Nagamitsu (M) to make a 2-piece.

Middle: Nagamitsu (M). You can also use Beach Party (M).

Bottom: Planck (B). You can also use Schrodinger Band (B).

A popular choice for dealing Elemental DMG, Shigure Kira is easy to obtain and upgrade for average players.

With this lineup, we basically have the 2 support characters on standby and see the Shadow Knight fight her way out single-handedly. The shield of SS-Rank Wolf's Dawn can increase the Elemental DMG of Shadow Knight, while Divine Prayer's Divine Penalty can reduce the Ignore Interrupt of enemies after hitting them. Then use the active weapon skill of Nuada's Grief or Shadow Knight's Ultimate to knock the shielded enemies airborne. (Although not all of them can be knocked airborne) When Shadow Knight's HP is at a low level, switch in Divine Prayer and launch her Ultimate to recover HP.

When equipped with the Cannon Lurker, Yamabuki Armor can trigger Valkyrie Chariot's QTE, which is quite helpful for Shadow Knight when dealing with Honkai Beasts. In addition, Yamabuki Armor's shield can reduce the damage taken by Shadow Knight, and Chariot can clump monsters before switching in Shadow Knight to deal the final blow!

That's all for today. Schicksal Battlesuit Labs wishes you all the best, see you next time.