“Etz Hayim, or the Tree of Life gave birth to the cosmos, and from its branches, Fruits of Life and Fruits of Knowledge, were where all life including human started. This is the reason why this lance, derived from the tree's root, has the power to erase all living things.

Active Skill – Death of the Messiah

During certain enemy moves and when the active button is flashing, a Throw counter can be performed unconditionally, controlling enemies, and dealing 20% + 800% ATK of Physical DMG (does not reset CD).

The last hit of the Throw deals 50% bonus damage to shields.

Lance of Longinus is the new Physical lance that was released in version 4.5. It will be called LoL in this guide.

LoL was made and modified for Asuka. Just by reading the skills you will know how advantageous equipping LoL to Asuka. 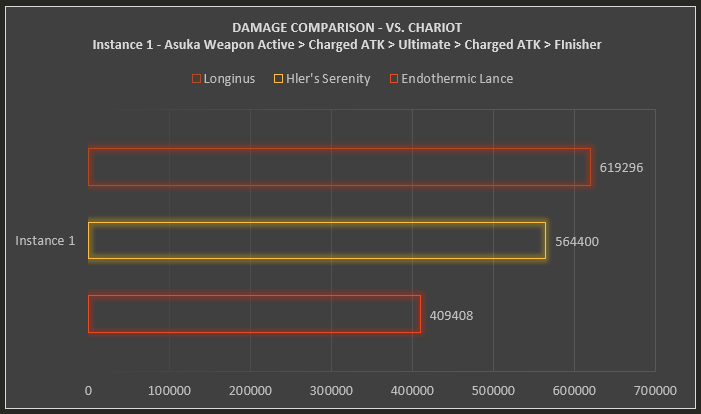 LoL and HS almost have the same number, but the TDM and Crit Rate bonus for Asuka's Charged ATK let LoL have the upper hand for Asuka's battlesuit. 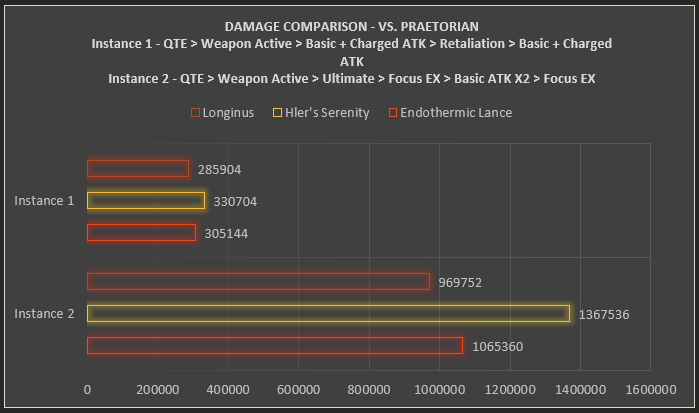 BKE is the only Valkyrie other than Asuka that use lance and deal Physical DMG. But as you can see, LoL is not that good with BKE. Truthfully ELVF is even better than LoL in term for BKE, even with a small margin.

In my opinion, from the stats given above, LoL is only suitable for Asuka, and no other Valkyrie at the moment. If you want to build Asuka as your Physical DMG Dealer, then by all mean, pulling LoL is a good option. But if you do not have any plan to build Asuka, then save your crystal for other more important things. This weapon is definitely not worth it if you are not planning to use Asuka in the future. 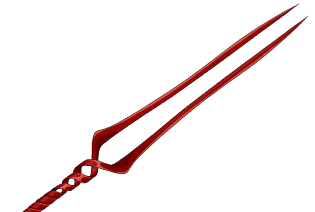