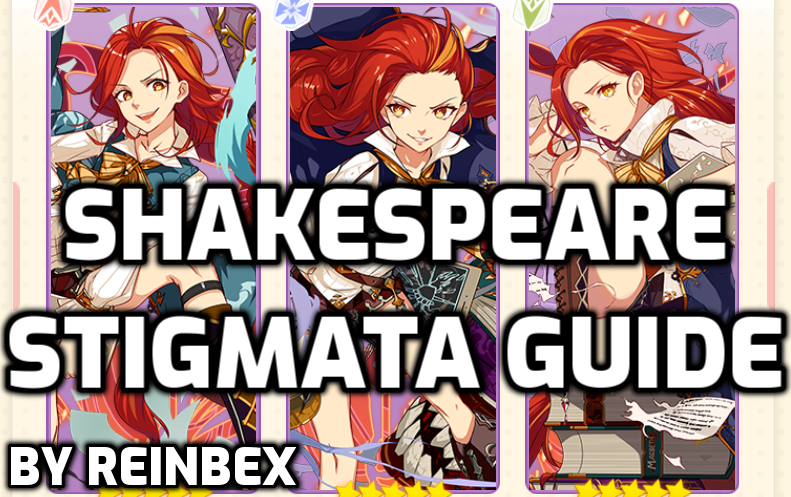 Hey, Captains! Today we are going to be taking a look at the Transcend Renaissance set: Shakespeare introduced early in the game and now available in Bounty v4.4. Shakespeare was a gacha-only stigmata set that revolves around mainly providing the host with an Elemental DMG buff.  In this guide, we will review the set's functions, which valkyries will enjoy the stigmatas the most, and its place in today's meta. 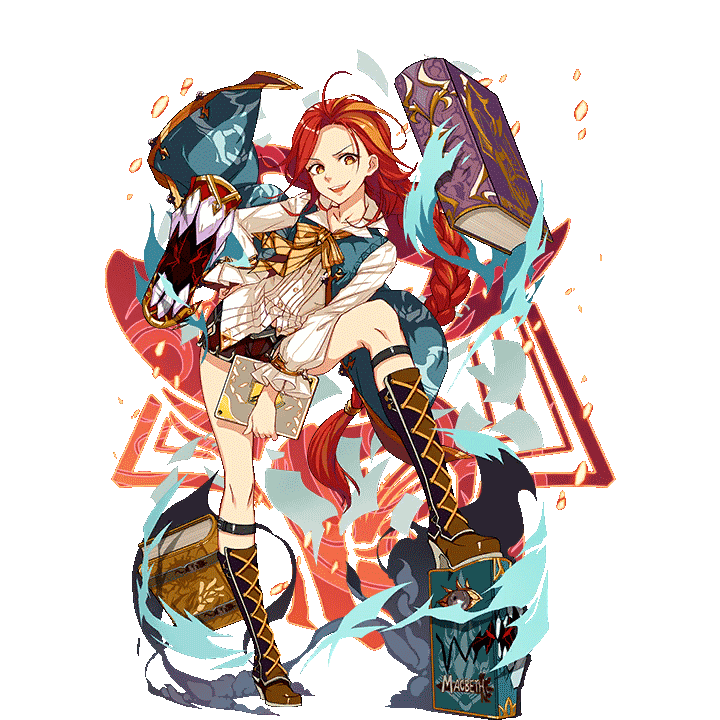 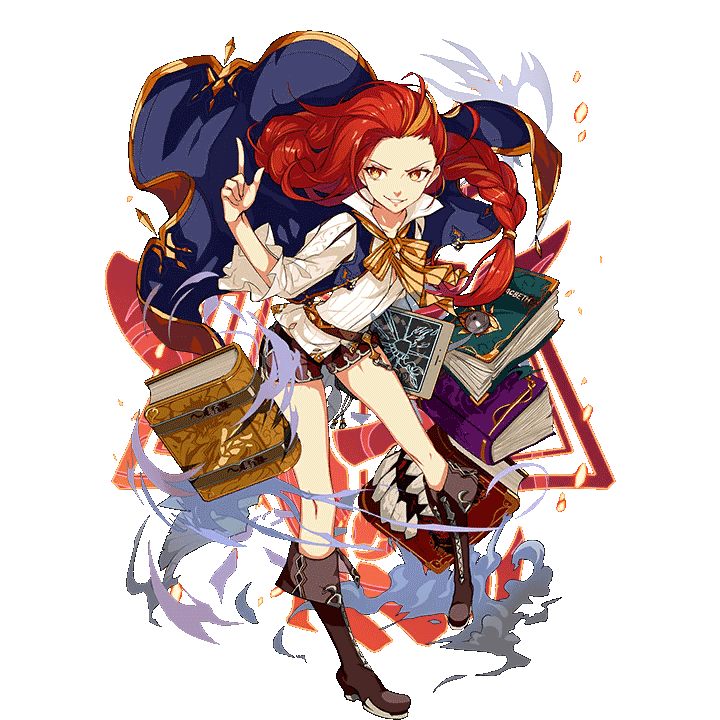 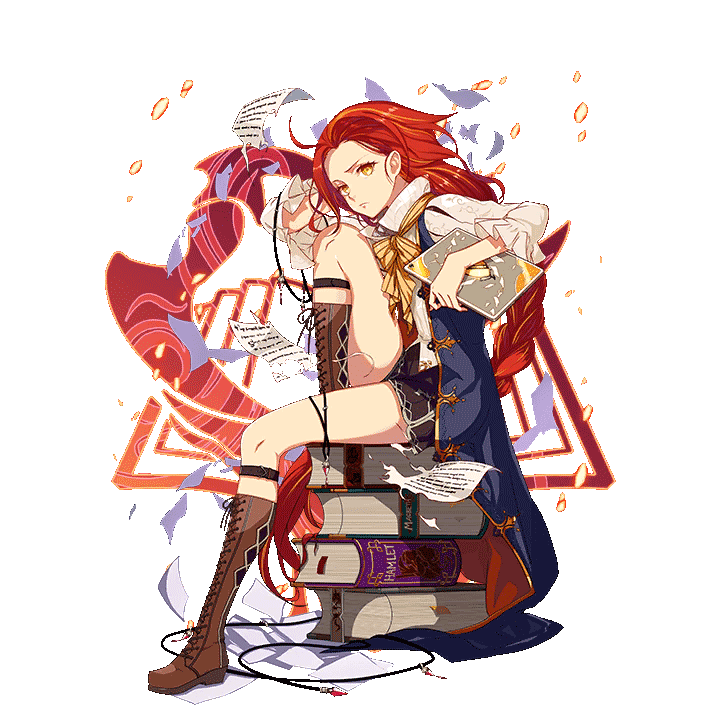 In this guide, we will be shortening “Shakespeare” to “Shakes”, similar to abbreviation. Comparisons to other stigmatas are mostly limited to realistic possibilities given that Shakespeare is now a farmable Stigmata and not everyone is a whale.

Shakespeare (T): Provides Lightning DMG buff. A 51% DMG buff passive at all times for the host is pretty good. But that's all it has going for it. With the introduction of various other Lightning stigmatas of different slots that provide some Lightning DMG and then some other form of DMG buffs makes it difficult for Shakes T to be implemented alongside these new stigmatas without getting its buff watered down. Newer stigmatas, such as Goemon, Monet, and Benares come with various additional buffs such as Total DMG Multipliers and Lightning DMG intake-debuffs. And sometimes, these effects come in the form of 2-pc or 3-pc effects, thus making it difficult for the single piece Shakes T to find a place among the Lightning Valkyries.

While it is Shakes T is a good stigmata, the farmable (also via Bounty) stigmata Monet T provides both Lightning DMG and Total DMG Multiplier, making it the better choice players to invest their time and materials in farming and leveling up for.

Shakespeare (M): Provides Fire DMG buff. Much like its T counterpart, there is a heavy competition between the already various available Fire Stigmatas. Shakes M is good, but there are just many other better Fire Stigmatas that provide much more.

The most prominent M Fire Stigmata is the farmable Thales M (also via Bounty). It avoids the Fire DMG buff watering-down effects through providing its host with a TDM passive buff and Fire DMG intake-debuff to enemies instead.

Shakespeare (B): Provides Ice DMG buff. Shakes B provides its own 51% DMG buff in the form of the element Ice. And unlike its T and M counterparts, Shakes B has managed to retain its ever so niche spot for DPSing. While there exist more powerful Ice stigmatas such as Ana Schariac and Welt Yang, these Ice Stigmatas only out-perform Shakes B when there are multiple pieces of the set equipped and are good for longer lasting fights.

However, since Shakes B does not require any build-up and is a straight-up Ice DMG passive buff as a single B piece, by itself, it does a better job providing Ice DMG buffs to its host than any other B-slot Ice Stigmatas. This niche place Shakes B gives it almost a monopoly on Ice Valkyries looking to deal high bursts of Ice DMG in an instant. In other times, the best stigmata, Newton B, would take Shakes B's place. 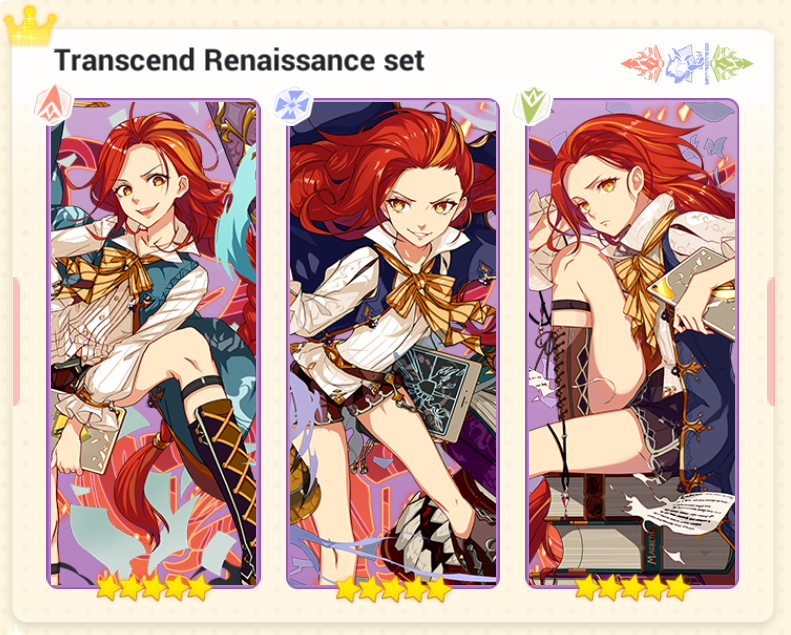 2-pc bonus: Provides Ultimate Evasion CD shortening and Max SP limit buffs. The 2pc's max SP effect is pointless because no one ever needs it. Shakespeare's 2-pc's ult-evasion CD shortening buff used to be something to be desired for. It had a good 35% for supports that lacked access to both Sirin Ascendant M (20%) and Zhuge T (26%) at the same time (total 46%). And even if someone owned Sirin Ascendant M and Zhuge T, Shakes 2-pc would be a viable “second pair” for lowering Ult-evasion CDs. Usually the pair would be Shakes T+M so supports can still use Newton B.

However, throughout the years, many other support stigmatas that buff the team's DMG one way or another took priority, which in turn lessened the need to equip two Shakespeare pieces at a time. Even today, the usual valkyries that equip Zhuge T and/or Sirin Ascendant M to lower their ult-evasion CDs, Knight Moonbeam and Drive Kometa, do not always need these stigmatas. Even when they do, there's no need to have another set of such buffs. Shakespeare 2-pc's effect has depreciated over time and is now obsolete.

3-pc bonus: Provides an SP lower-cost buff. Lowering an SP cost means it will require the host to build up the same amount of SP, but upon using SP to activate a skill will not cost the same. For example, if Valkyrie Gloria had Shakespeare's 3-pc's 20% lower SP cost (her Ultimate costs 100 SP initially), she would need to build up at least 100 SP before she can cast her ultimate. However, upon casting, the ultimate will only consume 80 SP instead (20% less).

The 3-pc effect is a terrible effect due to the lack of bonuses it provides for taking up all 3 stigmata slots. The single pc effects will never be able to synergize with one another, making at least 2 effects in the set to be always obsolete. In addition, affixes can already accomplish the job of Shakes 3-pc effect when enough of them are stacked.

Shakespeare can be obtained through several ways: 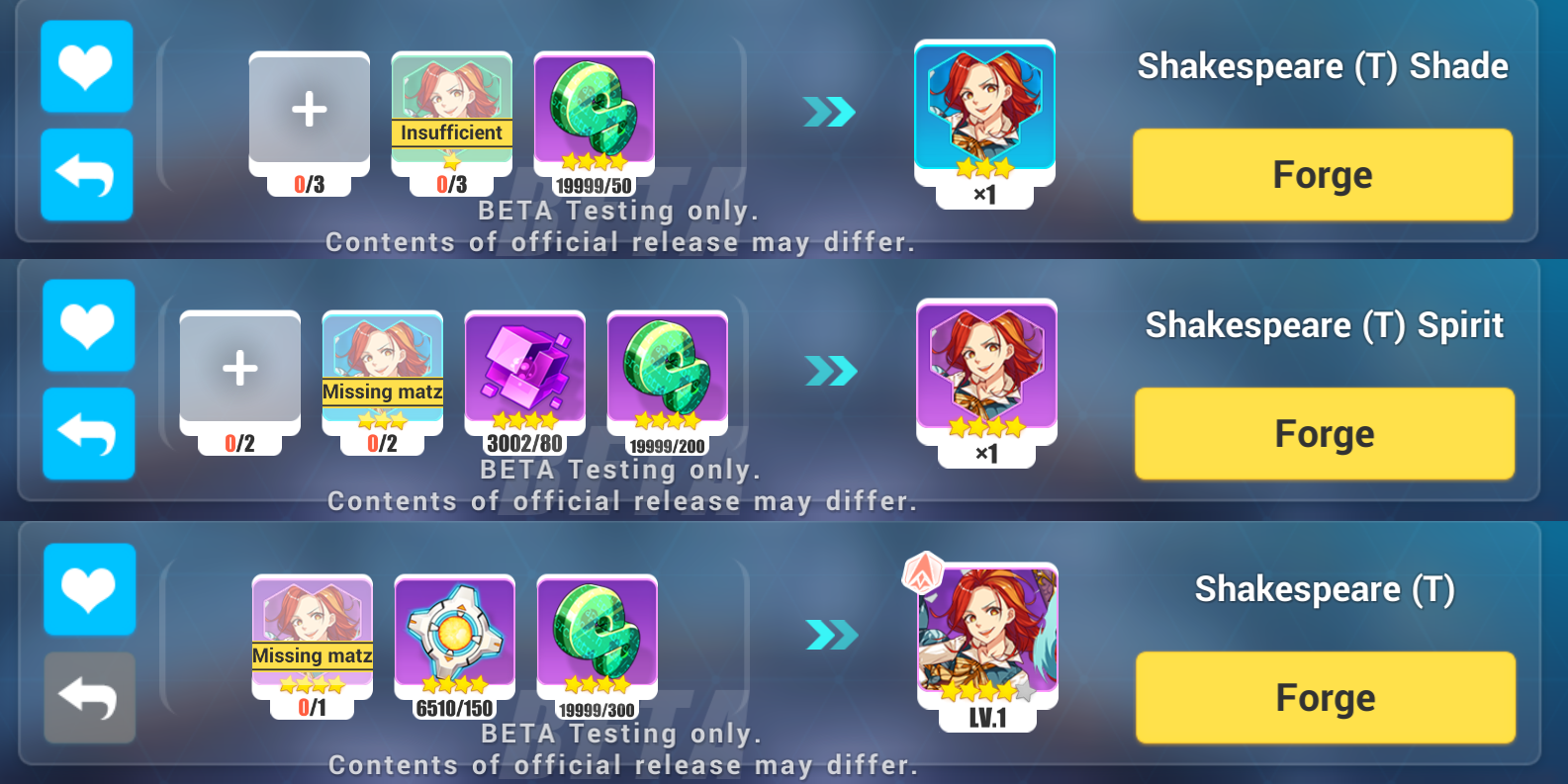 In Bounty Crafting, each piece of Shakespeare costs the same, in which their respective Bounty materials vary based on the piece but remain the same amount as well.

Shakespeare B still has a place in the niche meta when equipped by Goushinnso Memento (SS-rank). Meme is capable of doing high bursts of Ice DMG in a short amount of time. When equipped with Schrodinger T and Mei: Beach Party M, Meme has very little time to build up anything due to the short window that these two stigmatas work in. That's where Shakespeare B comes in; its passive Ice DMG buff is an easy solution to Meme's lack of Ice DMG buffs that also will not get watered down by the other two stigmata's effects. Below is a sample video of Meme's gameplay in Memorial Arena with Shakes B.

As for the other valkyries, they have better choices than Shakespeare to pick from. However, if you stumble upon a Shakespeare piece and lack other DMG buff stigmatas of the same slot, then Shakespeare can be a good substitute until you finally get your hands on a more powerful stigmata.

Shakespeare has been around since the beginning. It was a solid and strong set that preferred working with other different stigmatas than being together. At a point, Shakespeare was assembled for its 2-pc effects for a more consistent support. However, with the many newer and better stigmatas available to players today, both in gacha and in Foundry, only Shakespeare B has a niche spot in the meta. Apart from that, it's a good set for f2p players to substitute crucial Elemental DMG pieces until they can get their hands on the better ones. In conclusion, I do not recommend seeking out for any Shakespeare pieces because there exists many better pieces that are more worth your time and resources.