DEA ANCHORA (DA) is Durandal's new S-rank BIO battlesuit that fires Ultimate back-to-back to deal massive Fire DMG. In this guide, you will learn how to play her, her recommended gears, lineups, and what makes Dea Anchora the best fire valk... no... THE BEST VALKYRIE IN V4.4! 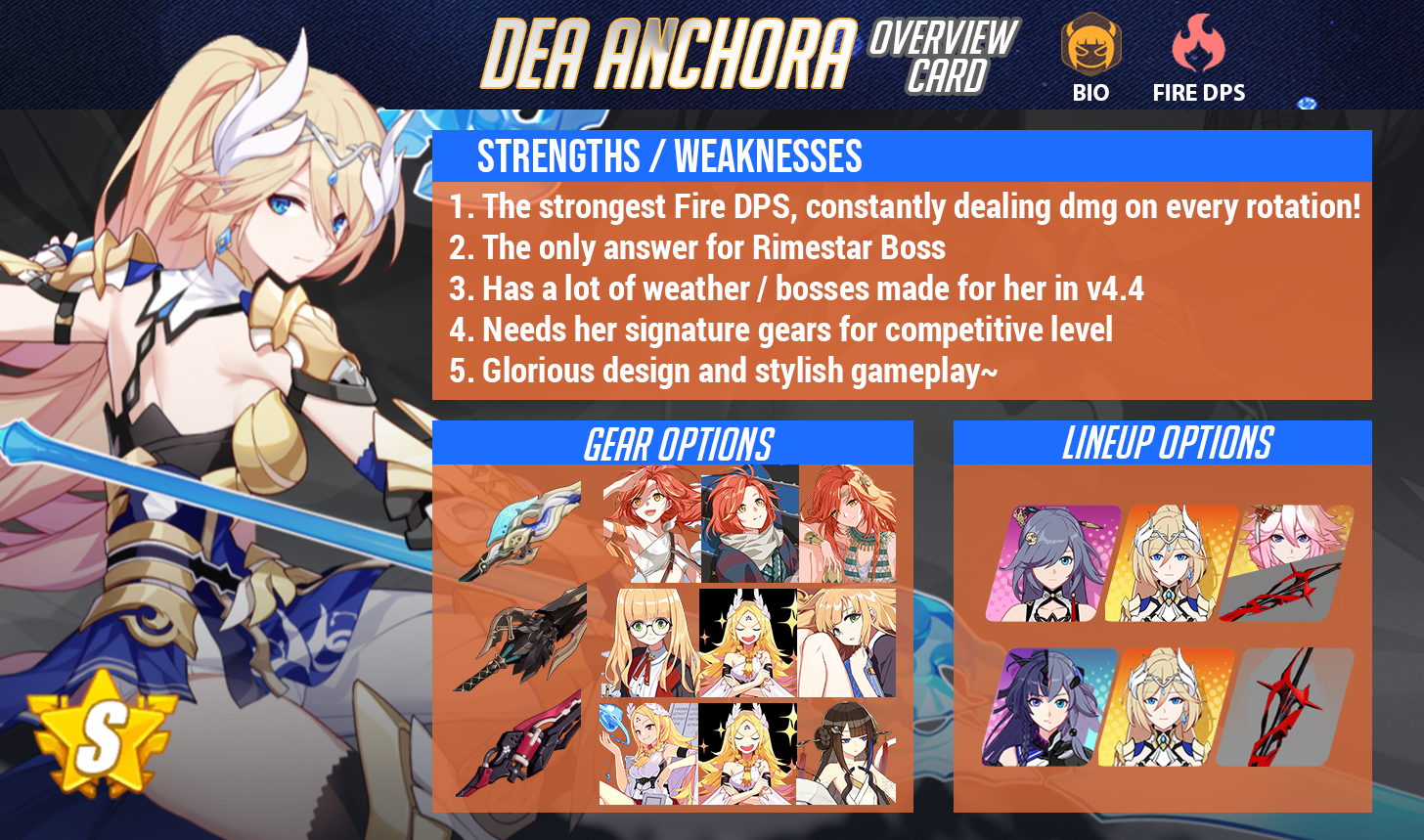 This section will briefly explain her skills. If you already played the tutorial and understand how she works, then you may move to the next section.

Dea Anchora playstyle revolves around spamming Ultimate to deal massive fire damage. BasicATK is weak and is mainly used to gain SP for Ult, or to break Rimestar's ice shield.

MULTIPLIERS
All DA multipliers, for reference 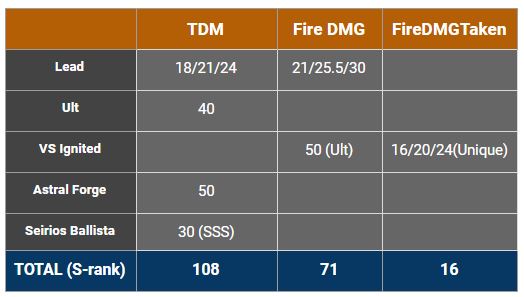 Her gameplay is VERY simple. Let's take a look at AE BD DA team, for example:

If enemy is still alive, prepare for another rotation.

Of course, rotation changes depending on the situation. Watch the videos in Gameplay section later to learn more. 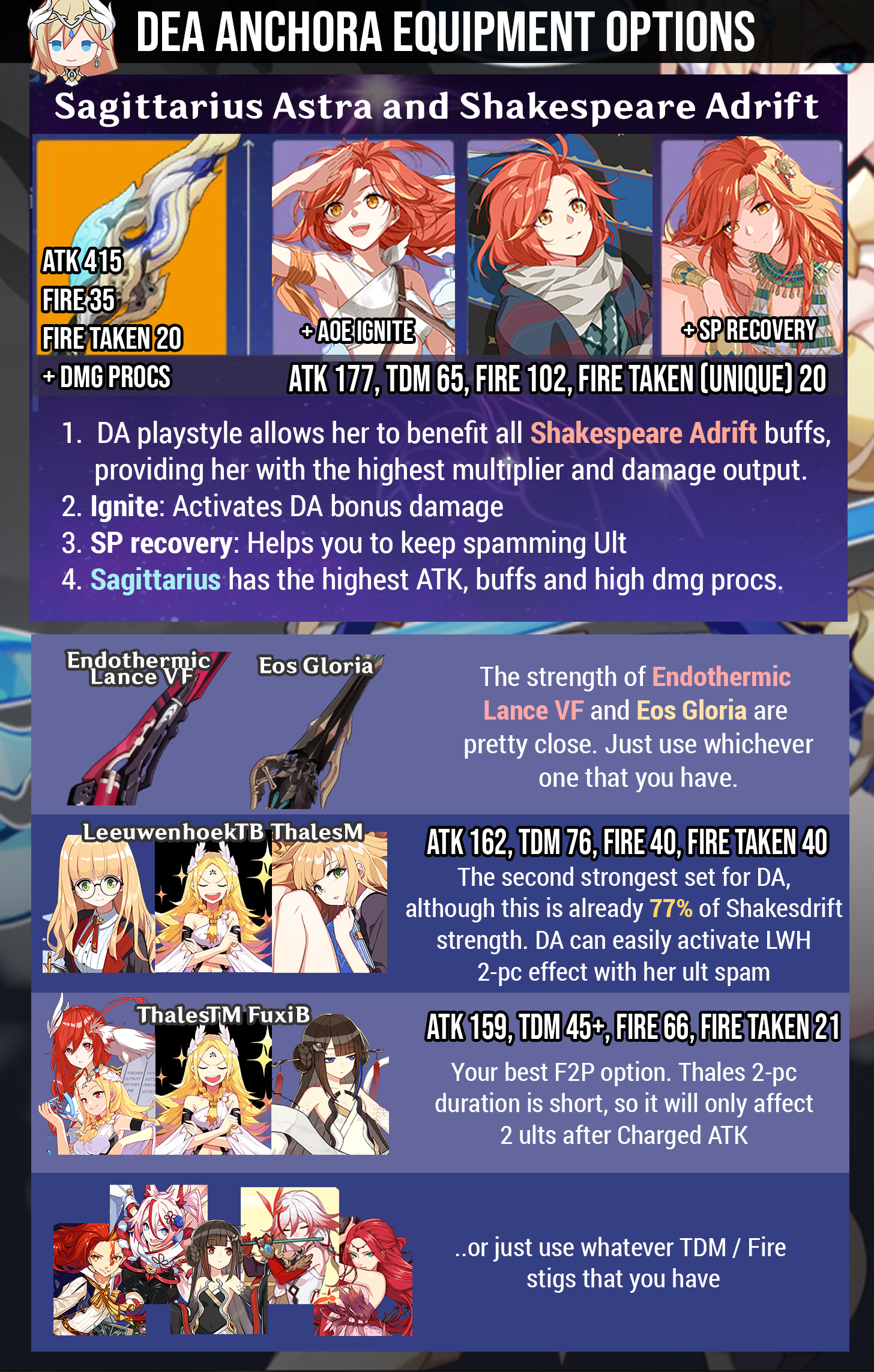 This is a damage comparison test between different weapon and stigma sets. (Open in new tab if it's too small.)  As you can see, there is a big gap between DA signature gears and other equipment. There is also a gear comparison vs Rimestar boss, which will be shown in Gameplay section. 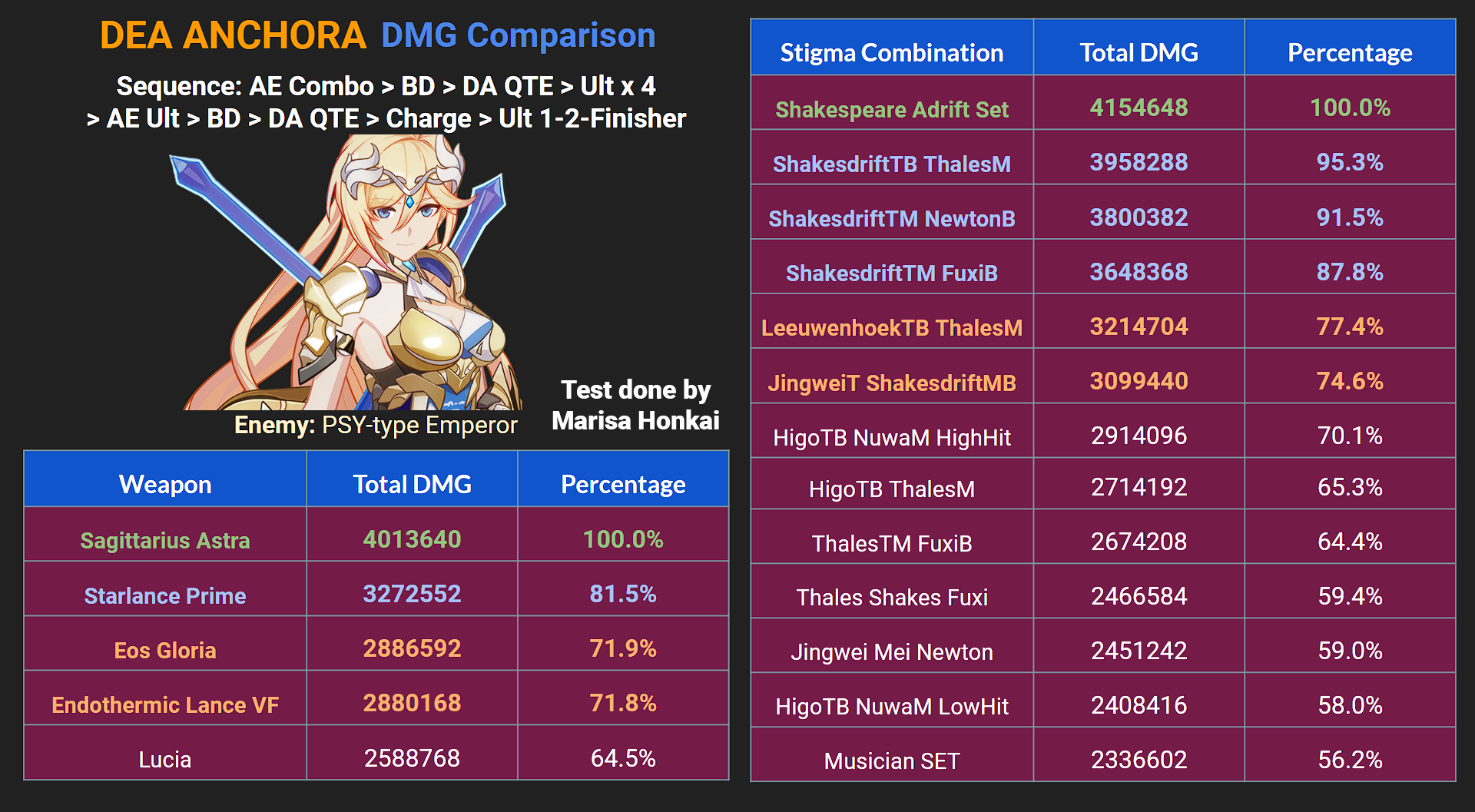 In Memorial Arena, DA is mostly known as Rimestar killer, but she can also get high scores on some Arena bosses. She will need LE or SK tho. 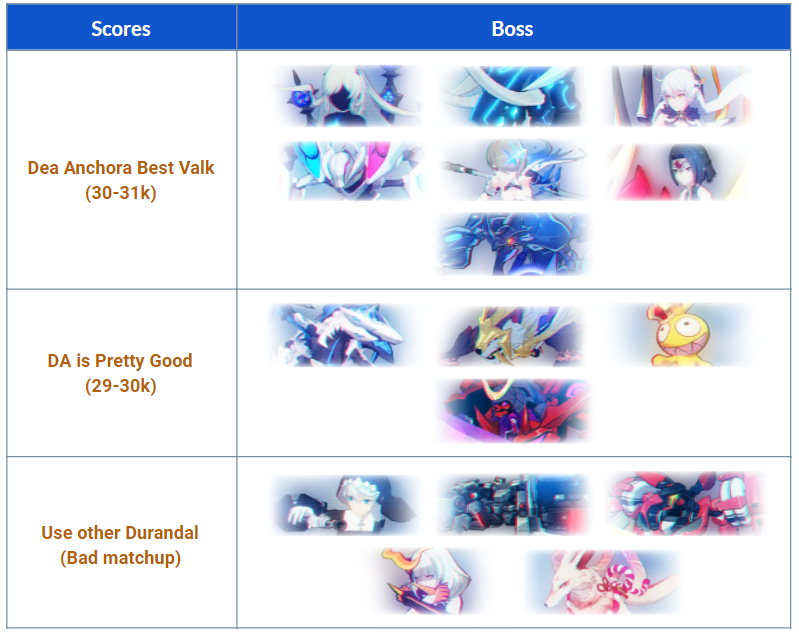 In Exalted Abyss, DA gets top score on THREE bosses! And you will see them a lot in v4.4 (probably). But that's not all. In 4.5, she will also get top score vs Type Counter DJXY boss. Thanks, Mihoyo! 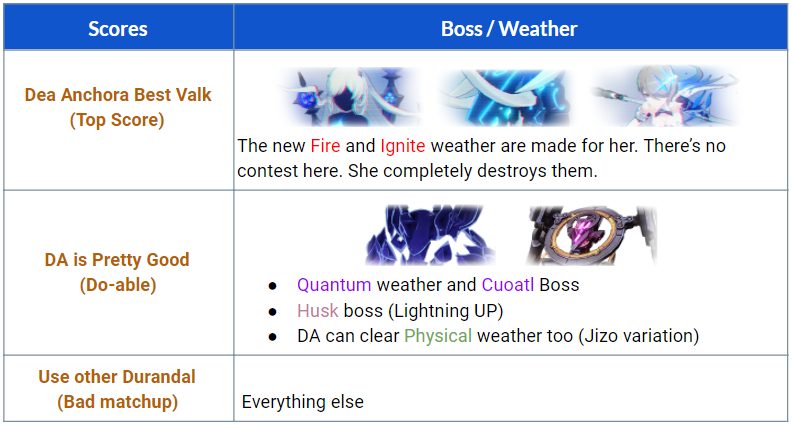 EX Abyss vs AKA (Ignite Weather)

⭐Congratulations, you have mastered DA! ⭐ Durandal! ⭐ The strongest! ⭐

⭐Still doubting? How about we get some feedbacks from DA users?⭐

? That's it, captains! If you have further question or suggestion, you can contact Captain Marisa on Youtube or the Official Honkai Discord. ?