“The Mikoyan Design Bureau once planned to design a multi-purpose weapon with great adaptivity to different combat environments. The project almost sank due to the lack of research data. It was the Coral Island ops that supplied valuable intel and enabled it to be forged finally.”

During certain enemy moves and when the active button is flashing, a Throw counter can be performed unconditionally, controlling enemies and dealing 20% ATK of Physical DMG + 700% ATK of Fire DMG (does not reset CD).

The active's damage will the match the element of the wielder's damage type (Priority: Fire > Ice > Lightning > Physical).

Endothermic Lance VF is too long of a name, so I will just call it EL.

EL is the new F2P weapon released in 4.4 along other 2 lances (Sagittarius Astra and Starlance Prime). Even though EL is F2P weapon, we will still see the comparison of this weapon and other 4* lances to see whether this weapon is worth it or not. 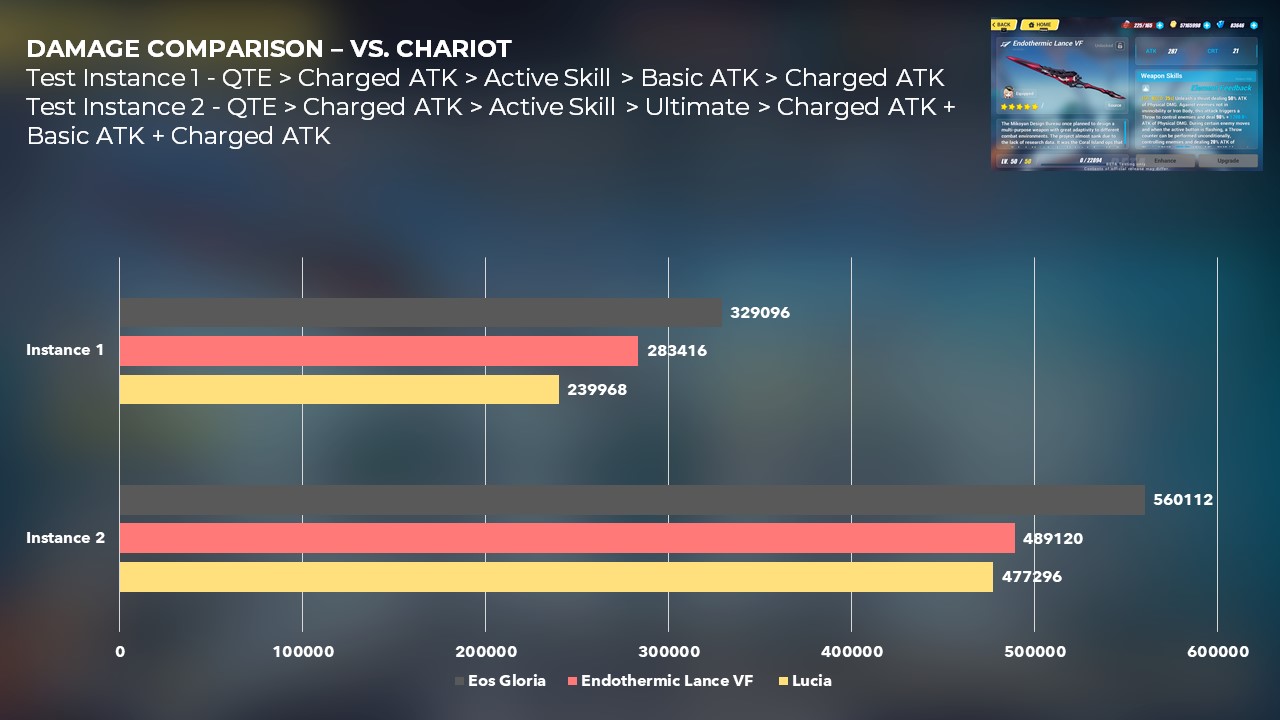 Eos Gloria clearly have the highest damage output compared to EL and Lucia, but that is not suprising as EG were made for VG and a gacha weapon. But we can see that EL can defeat Lucia when both were equipped by VG, although by a small victory, now we can be certain that in case for VG, if you do not have EG then you can replace it with EL rather than Lucia. 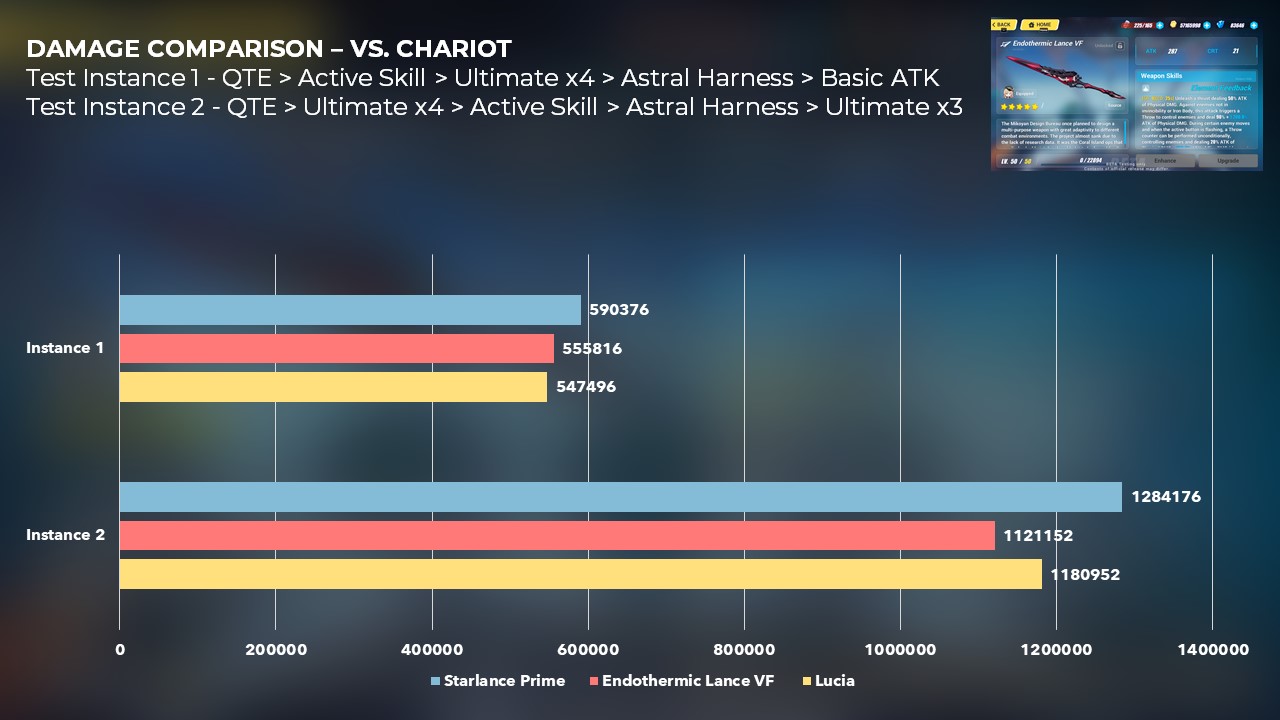 For DA, there is a bit contradictory between instance 1 and instance 2. For instance 1 where we focused on Basic ATK, EL can still win against Lucia with a really small difference. While for instance 2, Lucia got a higher damage output than EL where we focused on DA's Ultimate. This would make that Lucia is a better F2P weapon for DA than EL but because of the small differences, we can also conclude that EL are also suitable for DA. The choice is yours.

In case some of you did not remember, Lucia passive skill can only benefit Fire Valkyries (15% Fire DMG + 35% Fire DMG against ignited enemies). It does not have any advantages for BKE except the active skill. That is why in this instance, EL can easily surpass Lucia in the cumulative damage output as both EL's active and passive can benefit BKE.

In my opinion, Endothermic Lance VF is the new F2P lance that is really good. While Lucia is doing a great job before, but EL can be as good (or even more) as Lucia when equipped by the right Valkyrie.

For F2P captain, getting the EL is not a bad decision and is not a waste of resources. 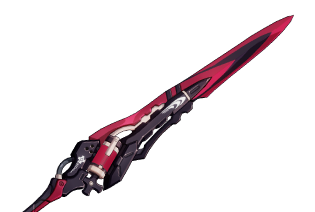