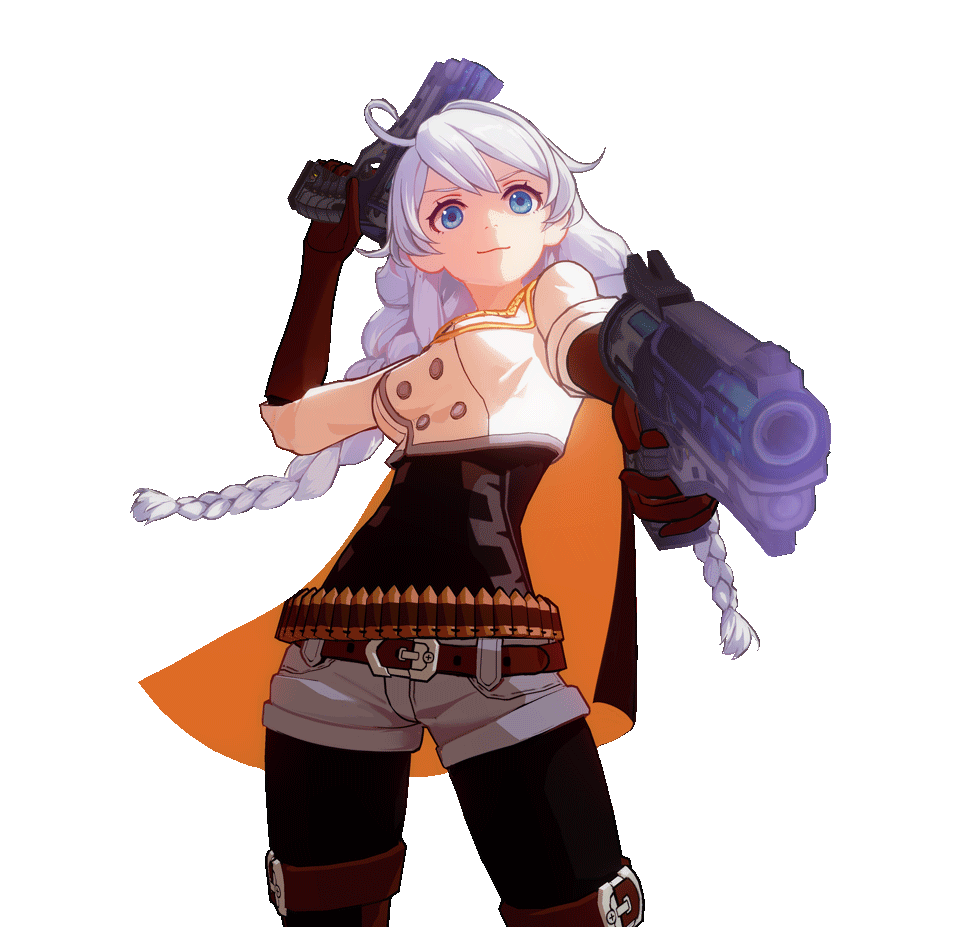 This guide is built to provide readers with a better understanding of Kiana's Valkyrie Ranger battlesuit aka VR. With the recent v3.3's augment changes Void Drifter (VD) in store for her, many captains such as yourself will be focusing on ranking up VR. VD does excel when compared to VR. If you are interested, you can read a guide on VD instead by Stroke here:

While VD is new and interesting, it's important to understand that VR has her own role. VR is plenty useful in today's meta and gamemodes. This guide will cover VR's most significant skills and team compositions.

Before we go over VR's certain skills, do understand that she is a Support Valkyrie. Meaning she is there to make the DPS's job easier. She has a few but very strong  supportive skills.

The most important skill that VR possesses: easy gathering. VR can gather through simply performing an ultimate evasion skill. This is really good due to its low cooldown and zero-sp cost. The only drawbacks are that VR cannot gather on demand, has a small pull-in range, and doesn't last very long. However, its S-rank subskill Nova Collapse extends the black hold duration and pull-in range, making this subskill an absolute must!! 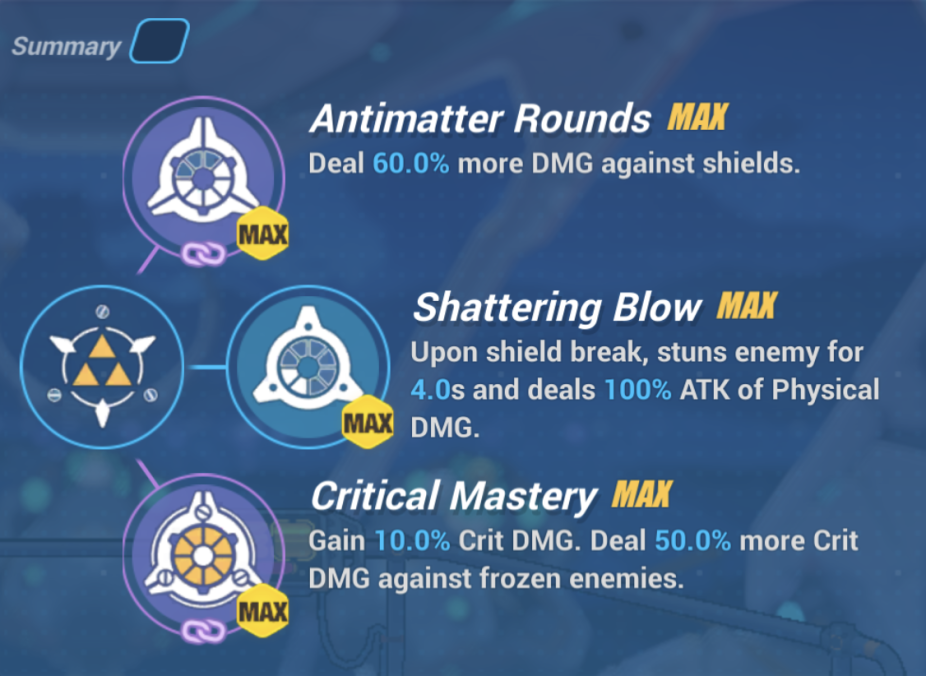 With her passives, VR does alright in breaking enemy shields. In addition, when she shield breaks, she stuns enemies, which can create a small window of time to switch in safely.

Ironically, VR's ultimate is not that useful. Aside from its low-sp cost and stun, Gungnir Fire isn't even recommended to be used. It's not very powerful and wastes time even (Bleed meters increases in Dirac Sea and Q-Singularis overtime).

Note that Valkyrie Frenzy is SSS-rank only.

VR's leader skill is her least useful skill. There are many other Valkyries' leader skills that are a better choice and more impactful than hers. 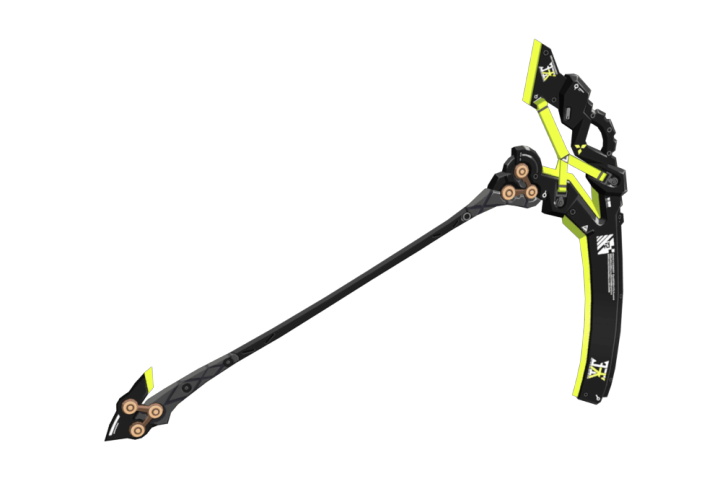 It can be a niche support skill for the weapon Genome Reaper that buffs the user's DMG based on every increased 10% movement speed.

Her basic attacks are very subpar and can inflict bleed. All in all, not very significant.

Although her QTE can impair, it still takes a while before the last hit goes in, which by then, other potential debuffs on enemies might wear off. Therefore, it's better to avoid leveling her QTE.It takes too long to finish and can lengthen VR's switch cooldown. If you do end up using her QTE unintentionally, you can cancel her QTE by dodging.

Like her basic attacks, VR's combo attacks are very subpar. Aside from a potential 3s stun, her combo attacks do not deal much DMG either.

Weapons
As a pistol user, VR is capable of triggering almost any QTE. The following are VR's most commonly used pistols that are capable of Impair, Time Slow (and lifts Airborne), Freeze, and Ignite respectively.

Aside from Mjolnir, the others are F2P weapons. And of the F2P pistols, Artemis' Guardian and Water Spirit Type-II are low-sp cost, allowing VR to be capable of using the weapon skills very soon and often. And to top it off, these weapons inflict their status ailments in a small AOE, which synergizes well with VR's gathering of enemies into a small area.

Stigmatas
VR mainly revolves around her gathering and weapon skill, so she doesn't really need stigmatas. That doesn't mean that she doesn't enjoy using stigs. The following are some stigmatas she can use to improve her support performance.

Gustav T is for the 2-pc effect to apply the Hematic Curse via weapon skill activation, debuffing enemies into intaking more physical DMG.

Mei Pool Party is a generic top tier stigmata that applies a Total DMG Multiplier Debuff on a single enemy.

Sirin: Ascendant is a M-stigmata that shortens ultimate evasion cooldown, perfect for enabling VR to use hers more often.

Gustav M temporarily increases team's physical DMG upon using a weapon skill, which is perfect for VR since her pistols have cheap weapon skills, and you are supposed to switch VR out of immediately after using her weapon skill anyway.

Newton B, another top tier stigmata for applying a Total DMG multiplier debuff to a single enemy.

Zhuge T is an amazing F2P stigmata that also decreases the cooldown on ultimate evasions.

Ogier T is the elemental DMG version of Ogier B and Tesla Band T.

There aren't many M, much less F2P, stigmatas that work for VR. Rinaldo M is a way for VR to apply Paralysis.

Ogier B is the F2P version of Tesla Band T


Recommended Teams
Due to her rather versatile arsenal, VR works amazingly with pretty much any team that has a DPS that can do AOE dmg. The best situation to use VR is when there are multiple enemies. Listed below are some sample teams

+ 1 Physical DPS
With this team, VR can ult evade to gather, and proceed to use Artemis' Guardian to Time Slow and lift enemies. Doing so will invoke Celestial Hymn's (CH) QTE. CH can quickly impair and place a cross this way. Wasting no time before switching into the DPS valkyrie.

+1 Elemental DPS
Much like the above comp, VR gathers and ignites with Fire Spirit Type-II to trigger Kriegmesser's (KM) QTE. She can come in this way and freeze enemies and apply her weapon Blood Dance's weapon skill for debuff. This sets up quickly for the elemental DPS to enter for some big damage dealing.

Suggested Game Modes
As stated before, Valkyrie Ranger does well in stages that have multiple enemies. She's excels as support in Dirac Sea, Q-Singularis, and Memorial Arena (Aesir's Legion and Doom).

With the Herrscher of Reason (HoR) as the leader and DPS, VR starts off the battles. In this video showcases some Soul-Linked Enemies (shared HP Pool) in Q-Singularis.

Each rotation starts very similarly. Before freshly spawned enemies wander away from each other too much, VR goes into enemy frontlines to be attacked. There, she can perform an ultimate evasion to gather them, and use her weapon skill (with initial SP thanks to the gamemode).
This triggers Kreigmesser's (second support) QTE to come in and freeze enemies, apply her stigmata debuffs/buffs, and use her Blood Dance's weapon skill for more debuffing.
Additionally, because KM's QTE was triggered (thanks to VR), time fracture was also invoked and therefore triggered HoR's QTE. This quick set-up allows for a smooth transition to HoR for massive damage. When the debuffs have pretty much all worn off, repeat the rotation once again, starting with VR. This team makes it very easy for the DPS to do her job and maximize her DMG output potential.

In Memorial Arena, there exist two boss stages where VR can make an impact. Outside of Doom and Aesir's Legion, VR isn't really ideal for MA.

Each Valkyrie here has a different role. Herrscher of the Void (GK) has a time slow triggered QTE and is the main DPS. Luna Kindred (LK) has a paralysis triggered QTE and is the secondary DPS for shield breaking. And VR supports with her gathering, triggering LK's QTE via her M Stigmata, impairing with Mjolnir (and breaking some shield), and lastly buffs and debuffs with her T and B stigs.

Important things that VR has to do here:

In this composition, 6S is the main DPS and freeze crowd controller (via Nohime). SR is the support-semiDPS through using Judah to keep enemies in place, and her (ss-rank) Let's Dance passive skill increases her team's Elemental DMG temporarily upon cross deployment. And lastly, VR plays another short but important role of keeping the enemies together and triggering her Team's QTEs.

Important things that VR has to do here:

Conclusion - Closing Thoughts
Valkyrie Ranger is an amazing support. She gathers enemies easily and enables so many QTEs, but she needs to be at least S rank to be viable. VR can support most teams so as long as the stage has multiple enemies to gather. VR makes rotations in her team transition much smoother because of her She only excels in such stages however. In single enemy stages, usually Boss stages, there are other better supports than VR herself since her main useful skill is her Ultimate Evasion. All in all, VR still makes a great pick for Dirac Sea, Q-Singularis, and (specifc) Memorial Arena stages. 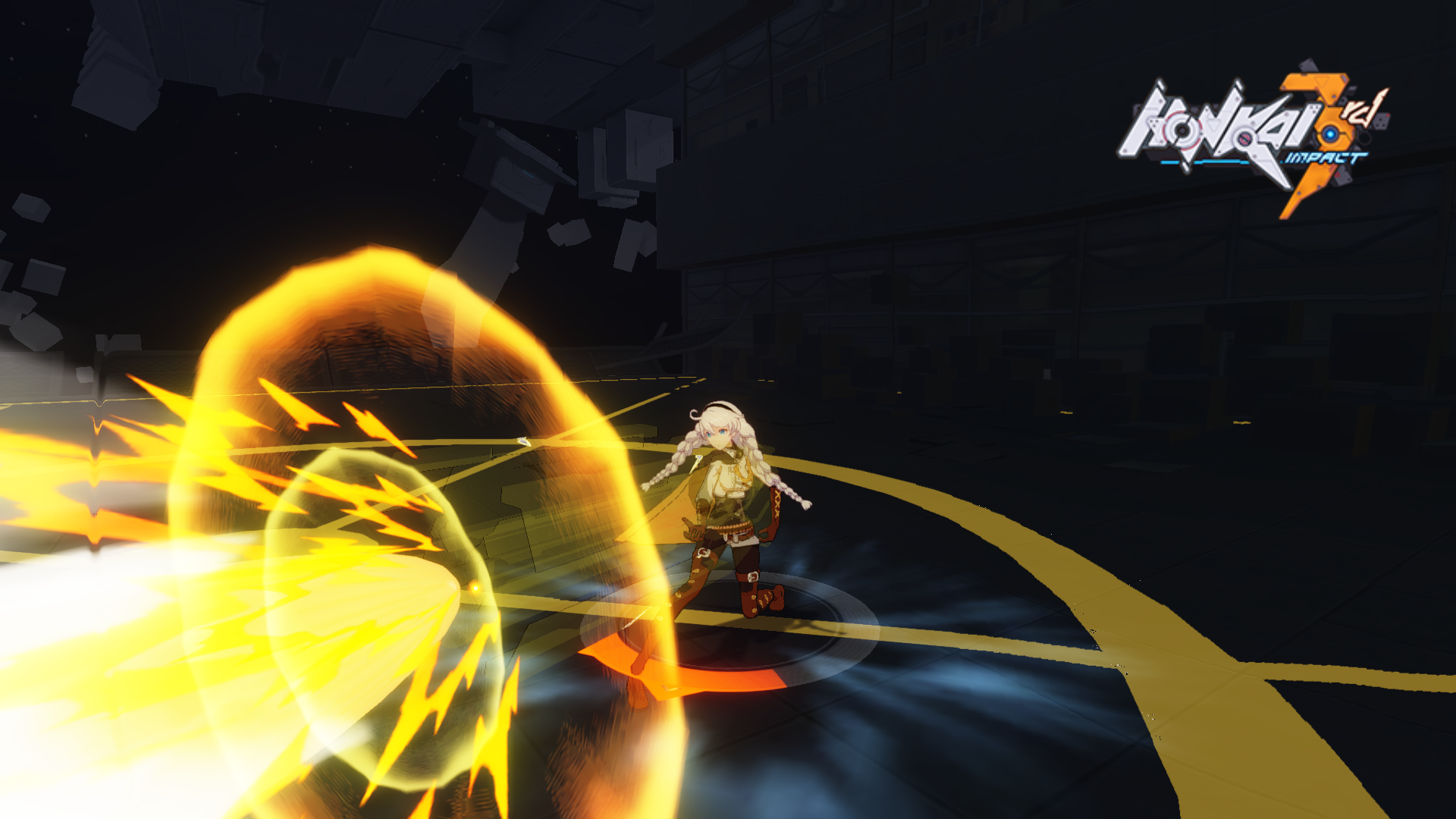