Void Drifter is a MECH-type Battlesuit that arrived in the 3.3 content update. She is the augmented form of Valkyrie Ranger, and therefore can be obtained through regular farming and events.
Even though her sustained damage capability isn't as desirable, her ability to attract enemies and apply debuffs is valuable enough as a supporting position in Dirac Sea and Q-Singularis.
Furthermore, she has stellar potential in Memorial Arena, being able to kill many bosses at seconds. Therefore, Void Drifter is recommended for both endgame players who want a cheap Memorial Arena scorer, and new players looking for a supportive character for their arsenal. 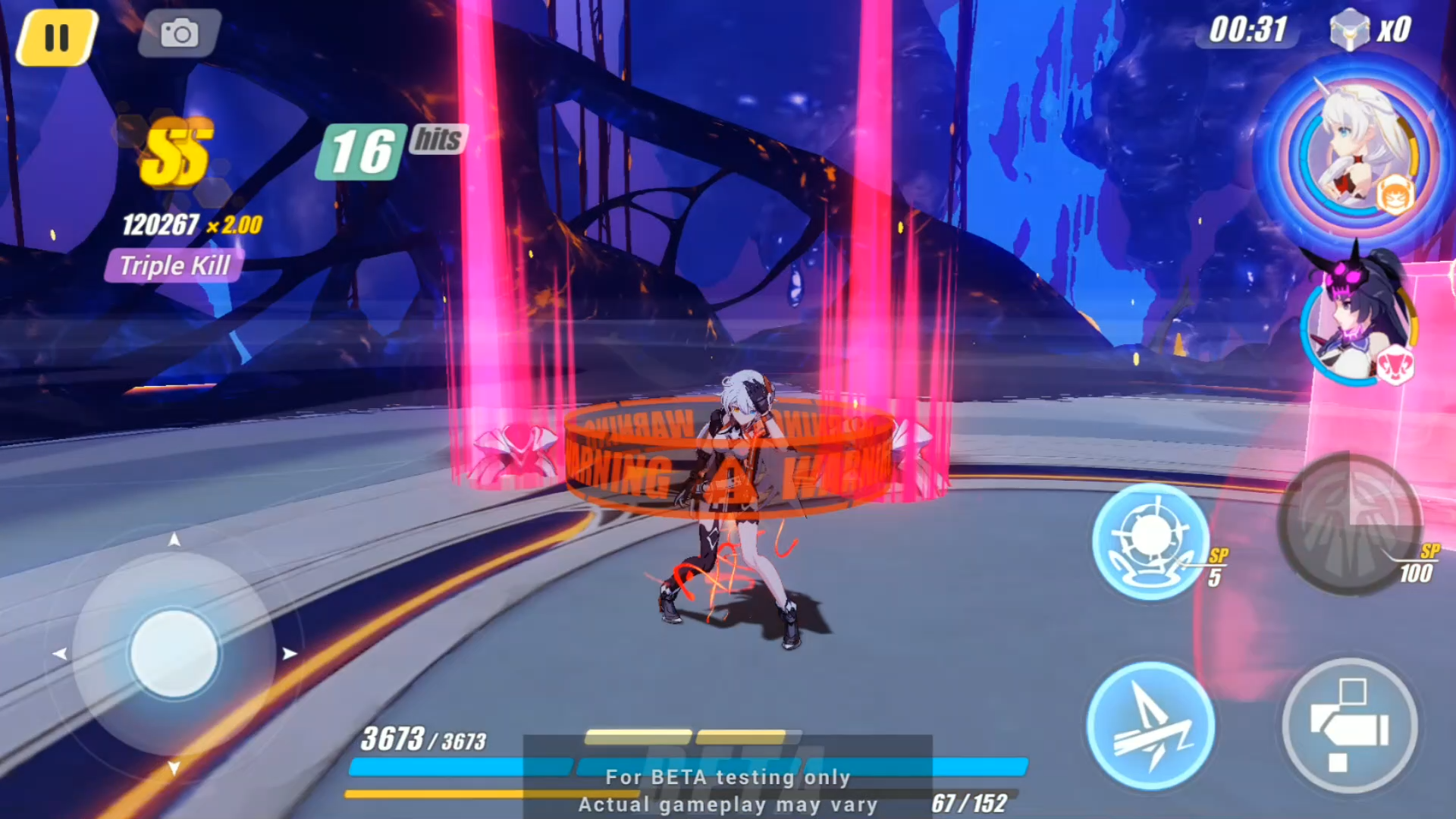 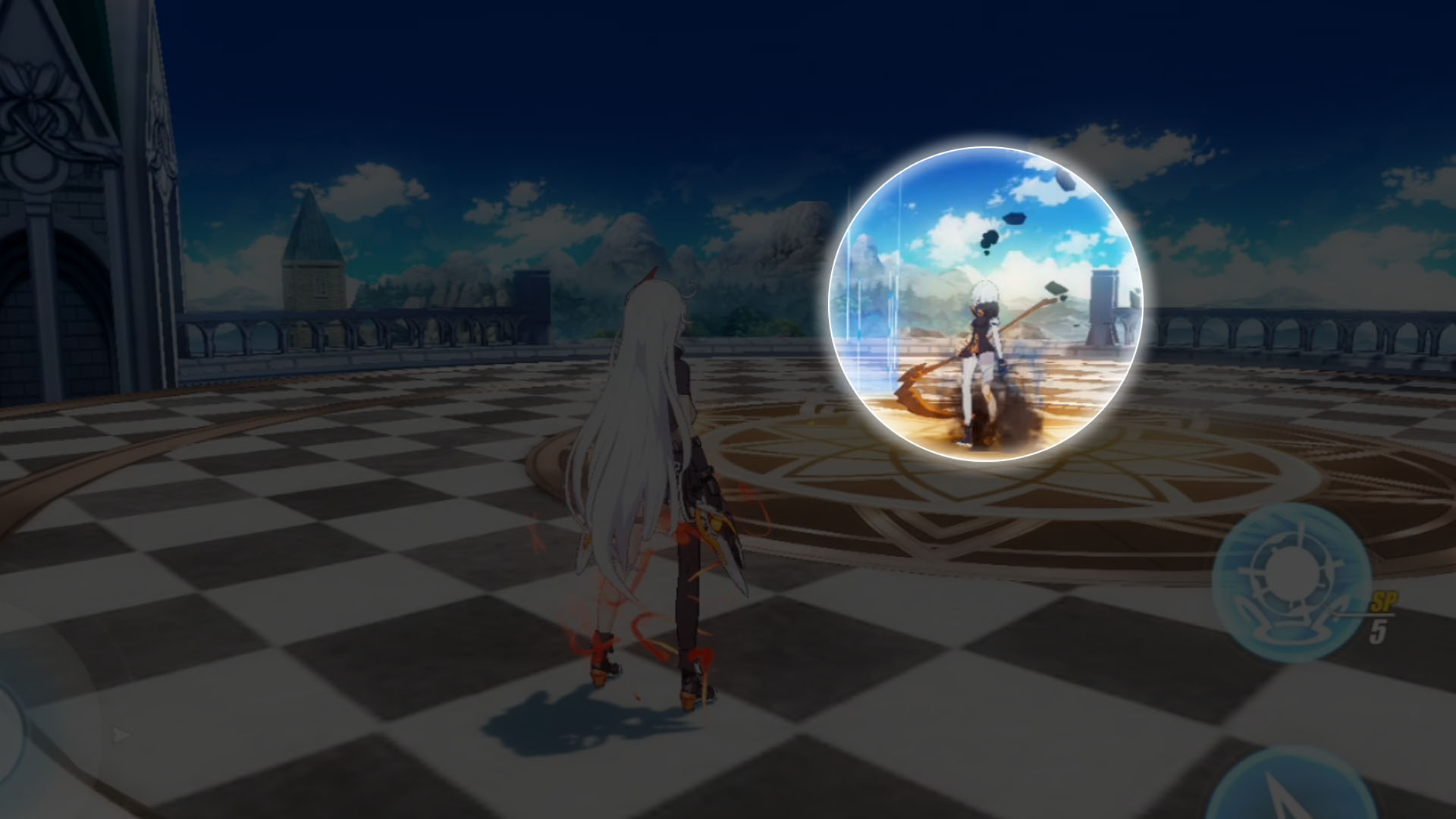 A special debuff that is exclusive to Void Drifter. At max Core Level, Void Drifter deals another an additional 120% ATK of Physical Damage to Voidmarked enemies per Combo ATK, and 3rd Combo ATK further applies a 3-second Time Slow.

Since this ATK can be enhanced by Stigmas, applying Voidmark to enemies can greatly increase Combo ATK damage. 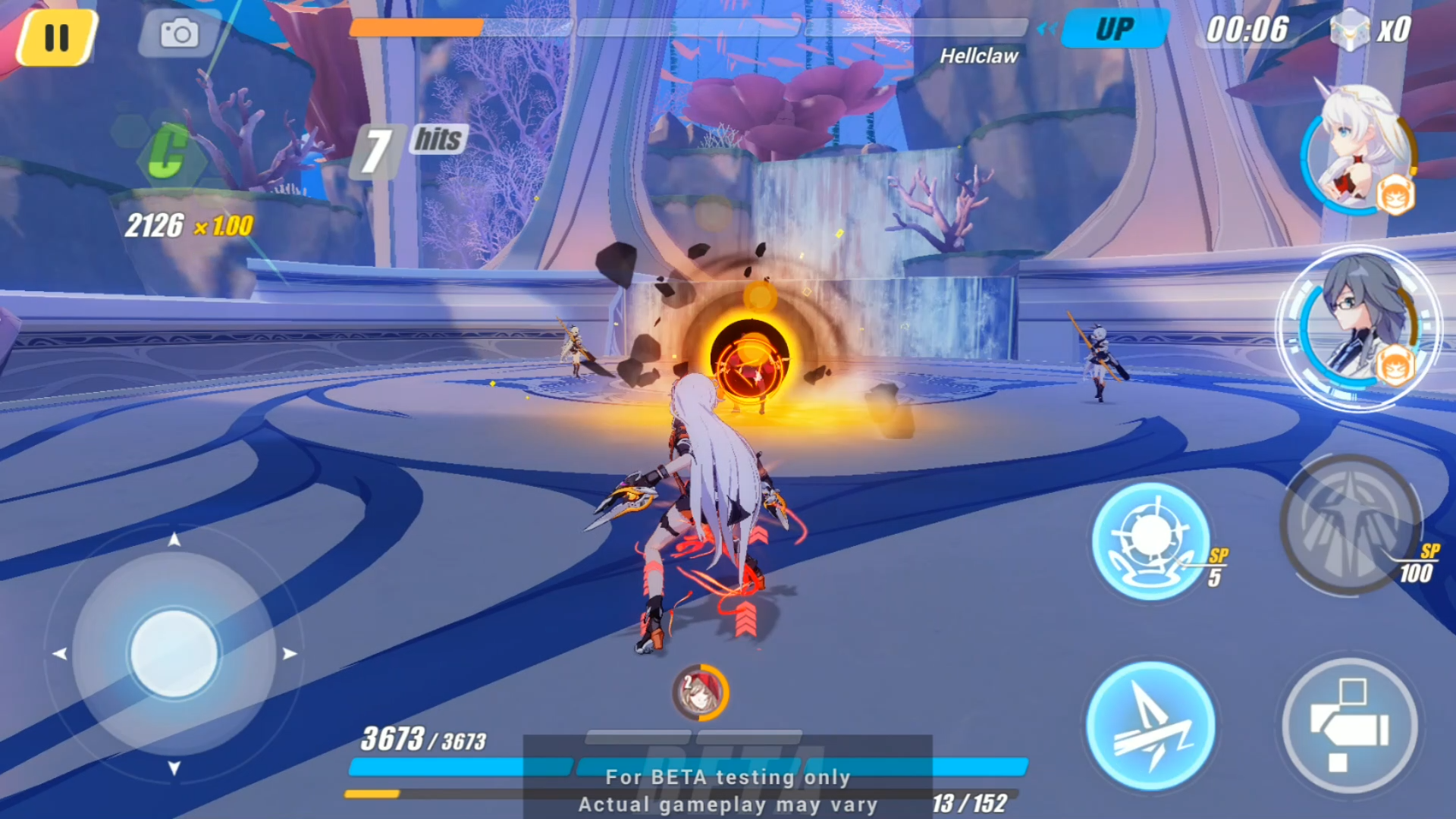 At max level, Basic Attacks that score a crit will have a 80% chance to bleed enemies. 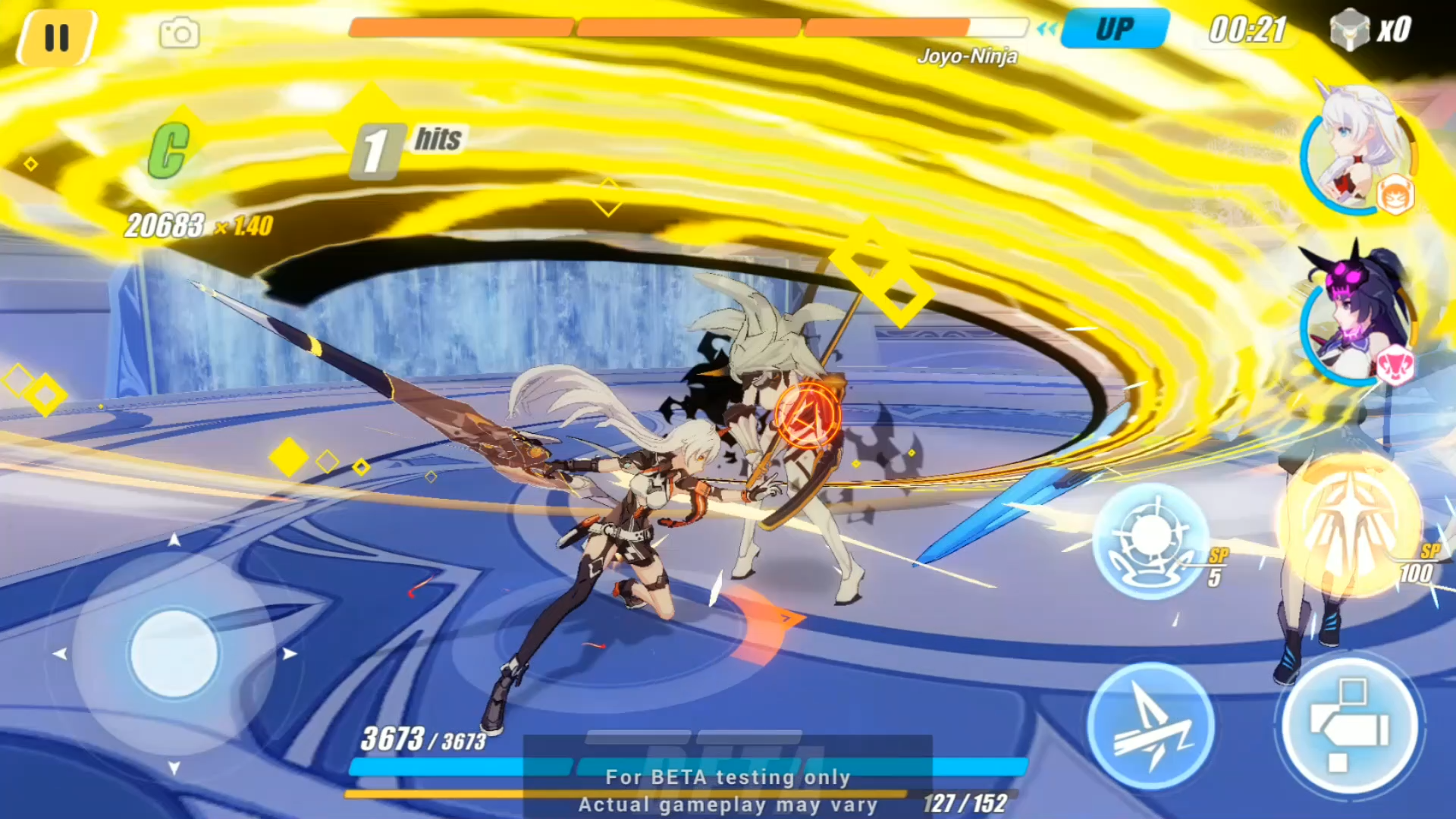 Void Drifter attacks enemies with a Subspace Lance. Combo attacks deals [200% + (2x150%) + 300%] Melee Physical DMG, and each attack will gain 100 (1 Cell) of Herrscher Charge.
At max Core Level, for each Combo Attack performed, each subsequent Combo Attack gains 10% Total DMG for 10 seconds, for a maximum of 50%.
If Herrscher Gauge is on cooldown, it must be emptied before Combo Attacks can be performed again. Therefore, the ideal damage cycle for Void Drifter should be: 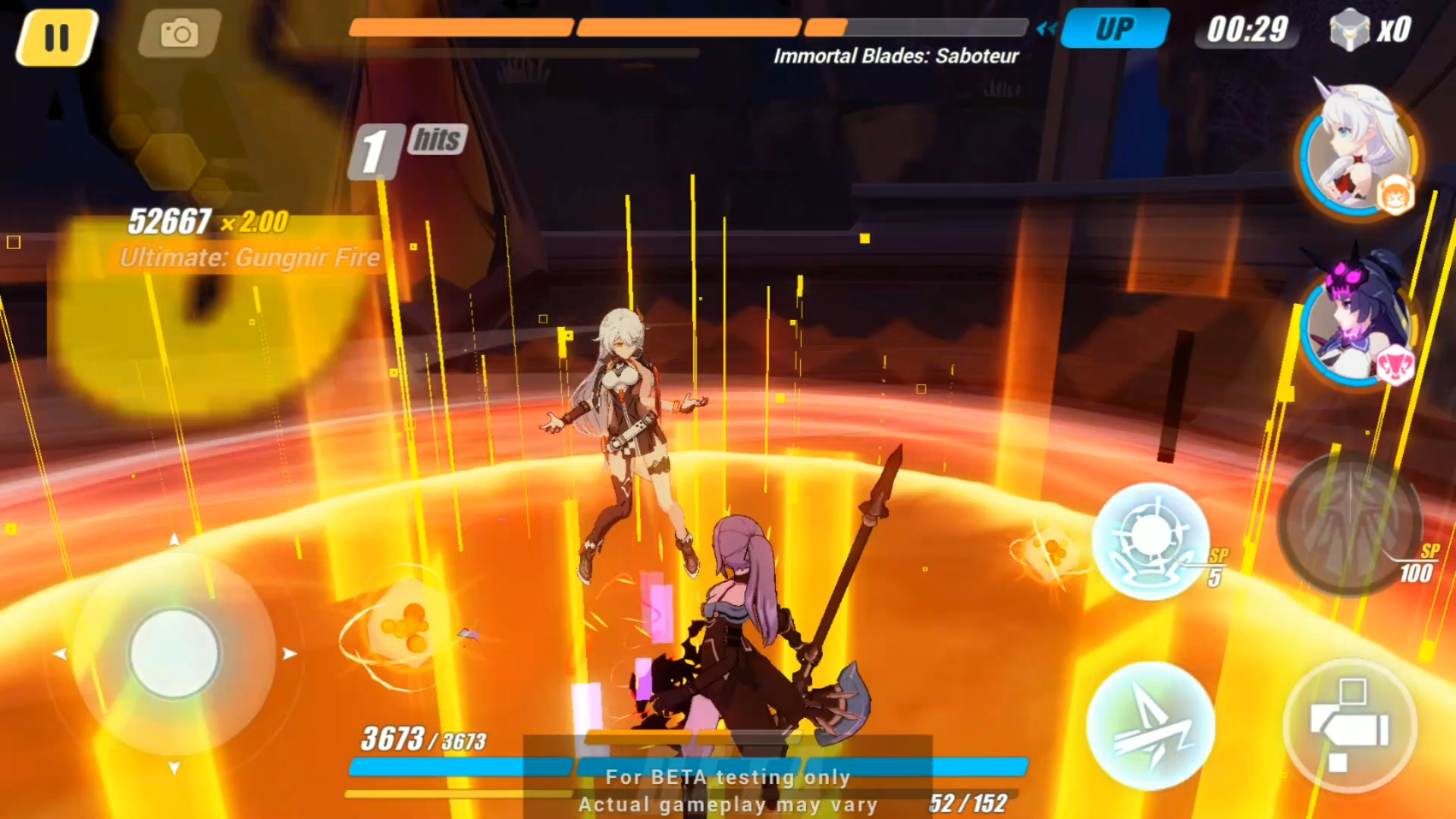 IImmediately unleashes Herrscher power to attack enemies in a large circle. Deals 2,000% Physical DMG to enemies, knocks them airborne and applies a 12-second Voidmark to them.
At max Core Level, casting this attack gains 20% Crit Rate for 7s, and another 20% Crit DMG. 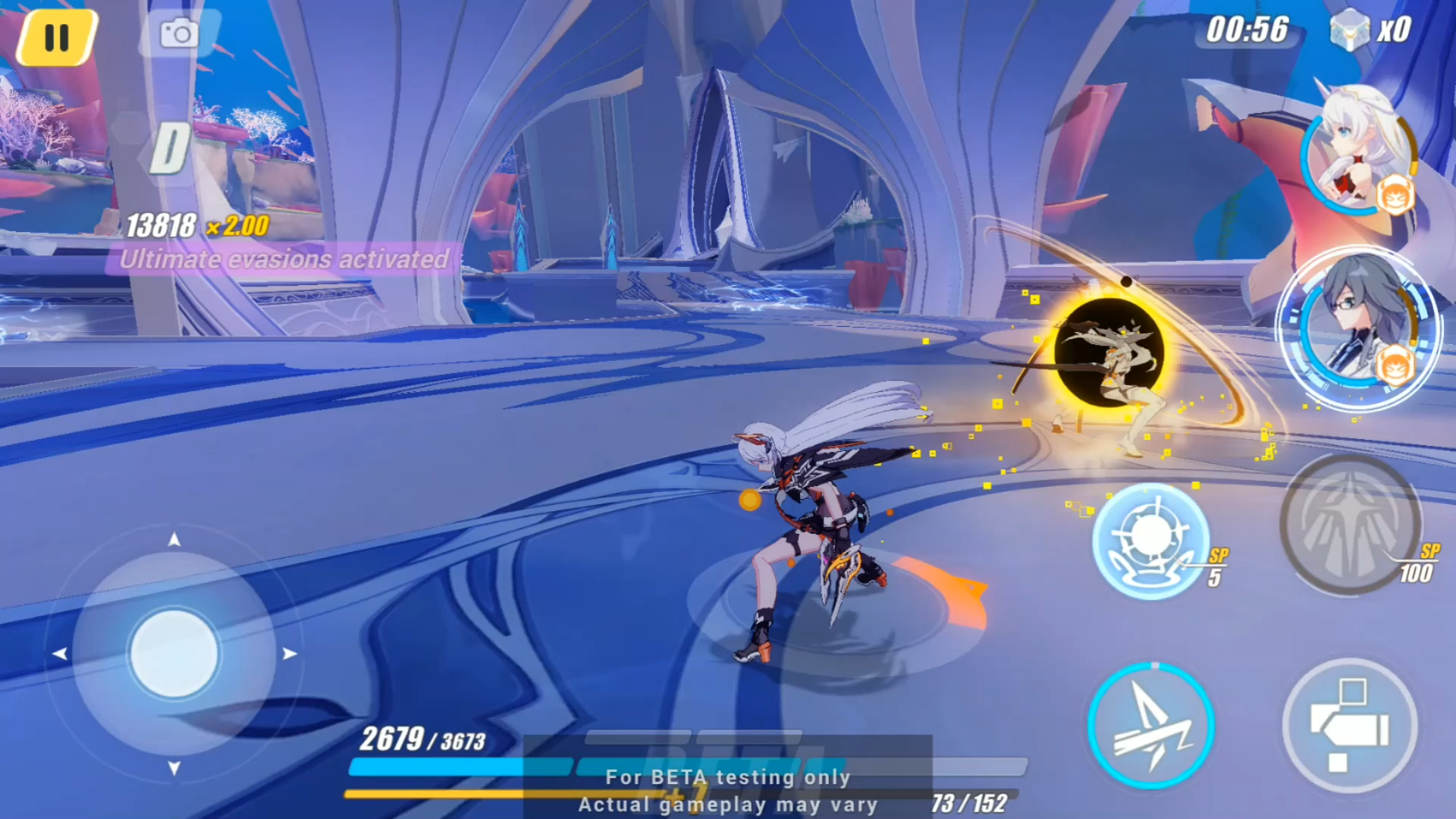 Ultimate Evasion deals 300% Physical DMG to enemies, and generates a 3-second Blackhole that pulls in nearby enemies, with a 15-second cooldown.
At max Core Level, performing Evasion skill restores [8 + 2] SP for the user.
It's worth noting that all Blackholes casted by Void Drifter are smaller than those from original Ranger, and might not attract all enemies on the field. 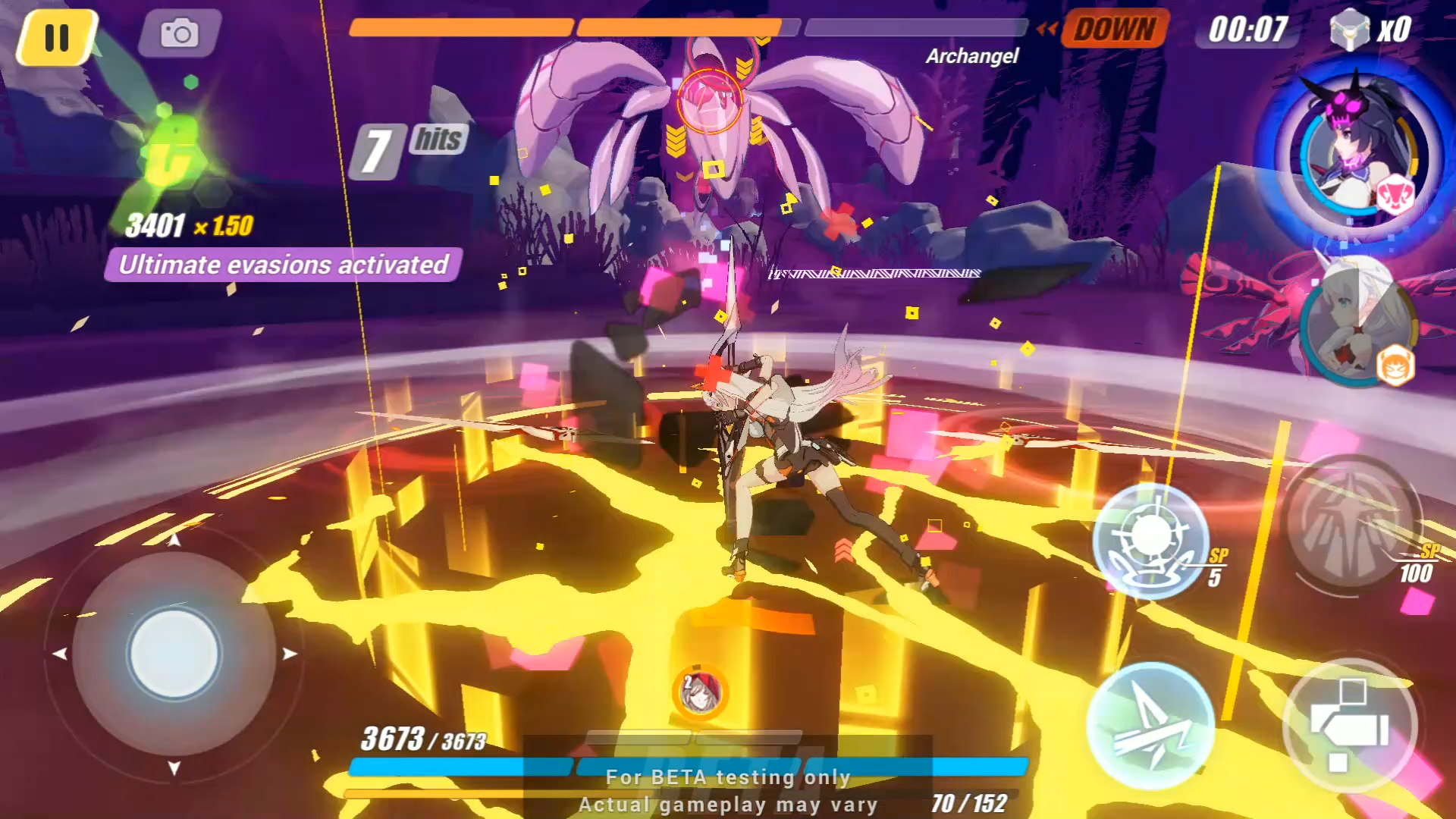 Triggers when an enemy is impaired. Deals 750% of Physical Damage, knocks enemies airborne and applies a 12-second Voidmark to them.
Since this skill has decent damage and shield breaking, it's recommended for Void Drifter to enter battle with QTE to maximize her damage output.

Tranquil Arias is the best offensive weapon for Void Drifter, granting her a massive bonus in Burst damage. This weapon unconditionally gives 15% Physical DMG, and increases Total DMG by 50% for 5 seconds after switching in or casting Ultimate.

Key of the Void increases Physical DMG by 20% and Crit DMG by another 30%, being a good alternative for Void Drifter. The weapon's Active skill also deals plenty of damage to enemies, suitable for quick damage bursts. 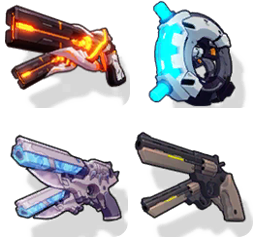 Being a Kiana Battlesuit allows Void Drifter to inflict a lot of debuffs via her weapons' Active skill, from Freeze, Paralyze to Time Slow. Depends on the situation, Void Drifter can use a variety of supportive weapons to fit in the composition.

The essential setup for Memorial Arena. This setup increases Physical DMG for a maximum of 97%, and Combo ATK Total DMG by 205% for a short duration.

The classic setup for sustained damage, providing 76% Physical DMG, 30% Total DMG and 70% Crit rate at 40 combos and above. Just try not to fill up the Herrscher Gauge to avoid downtime. 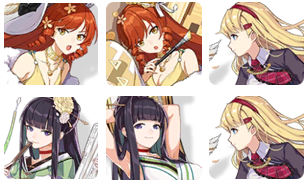 F2P setup for boss fights. Since Ekaterina Mid requires 40 combos to take effect, it's not recommended for Burst damage. Lier Bot can be crafted inside Bounty Mark's Crafting menu.

Memorial support. Herrscher of the Void and Celestial Hymn can freeze an enemy in place, apply Impair, and increase the team's Crit rate and Crit DMG, allowing Void Drifter to kill a Memorial boss in no time.

Once being the strongest team of the game, the Ranger – DB – Memento setup has been outperformed by a lot of new characters. With Void Drifter (Ranger's Augment) coming into play and Memento's upcoming buff in 3.4, this setup might hopefully see the light of day again. 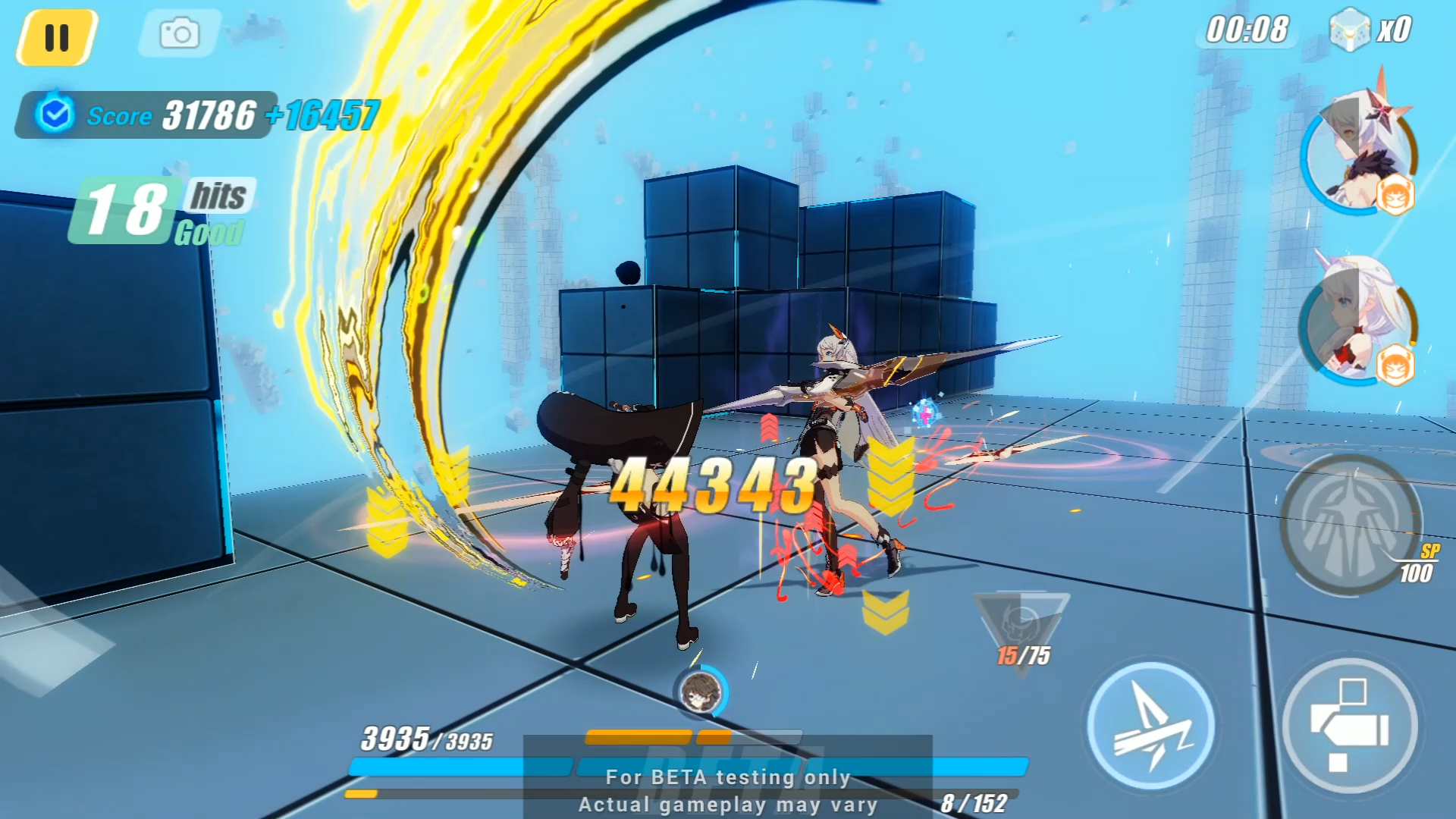 At max Core Level, Void Drifter's performance in Memorial Arena is nothing less than stellar. Her strong burst damage and shield breaking capability allows her to instantly kill many bosses, including but not limited to:

I have included some of her Memorial Arena footages in my video guide. Check it out!