Herrscher of Reason (hereby abbreviated as Herrscher) is a MECH-type Valkyrie that arrived in the 3.3 content update. She is an S-base, Awakened character, and therefore is only obtainable in Expansion Supply.

With proper equipments, she is capable of dealing massive sustained damage, easily dominating Dirac Sea and Q-Singularis. Plus, at SS rank she works as a fantastic Memorial Arena scorer, being able to kill bosses at seconds. Therefore, Herrscher is recommended for both endgame players who want to dominate leaderboards, and new players looking to expand their asernal. 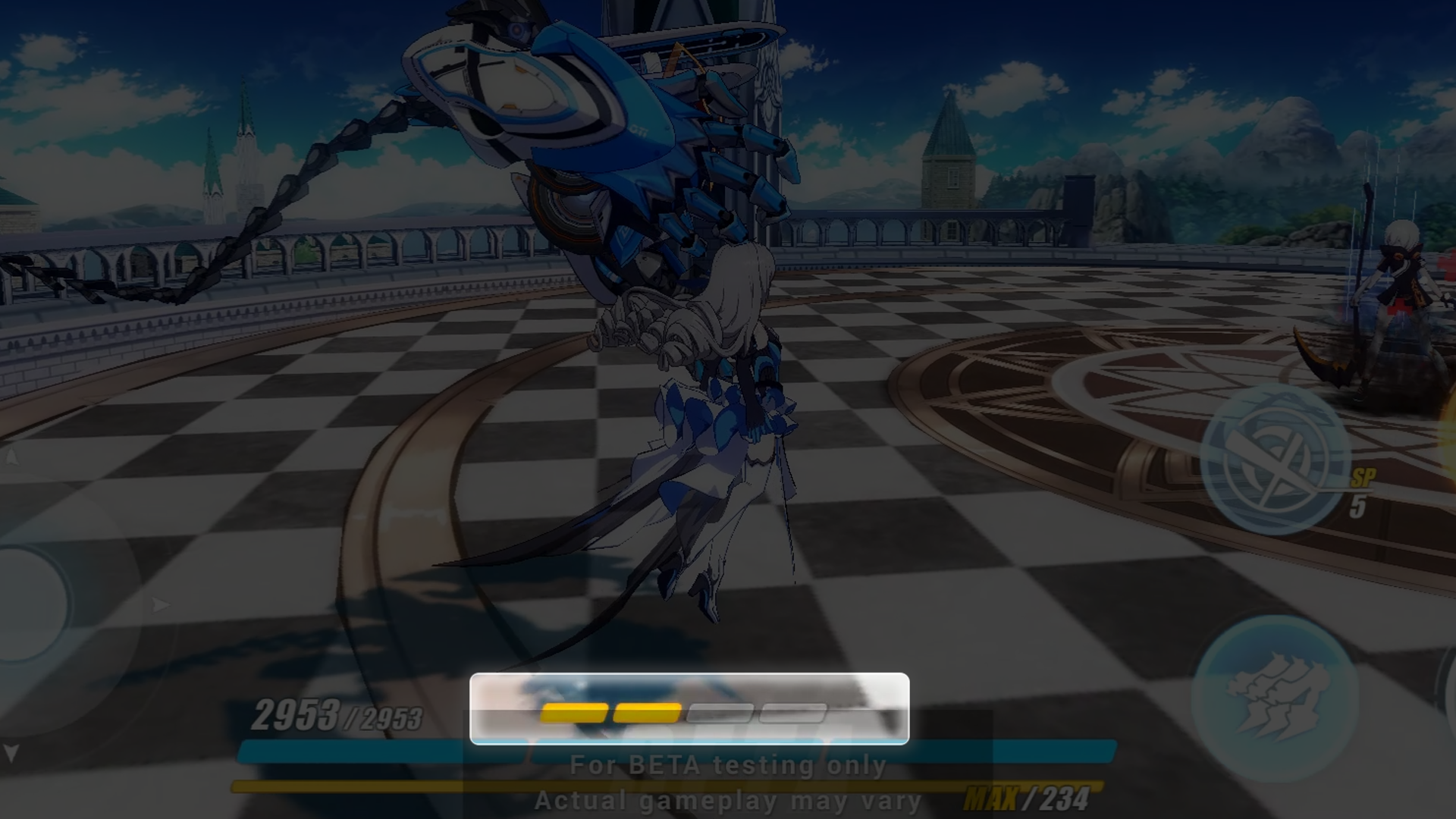 Unlock a 4-level Konstruktyom Energy gauge that maxes at 480. This gauge is required for Charge attacks, both in Normal mode and during Ultimate. 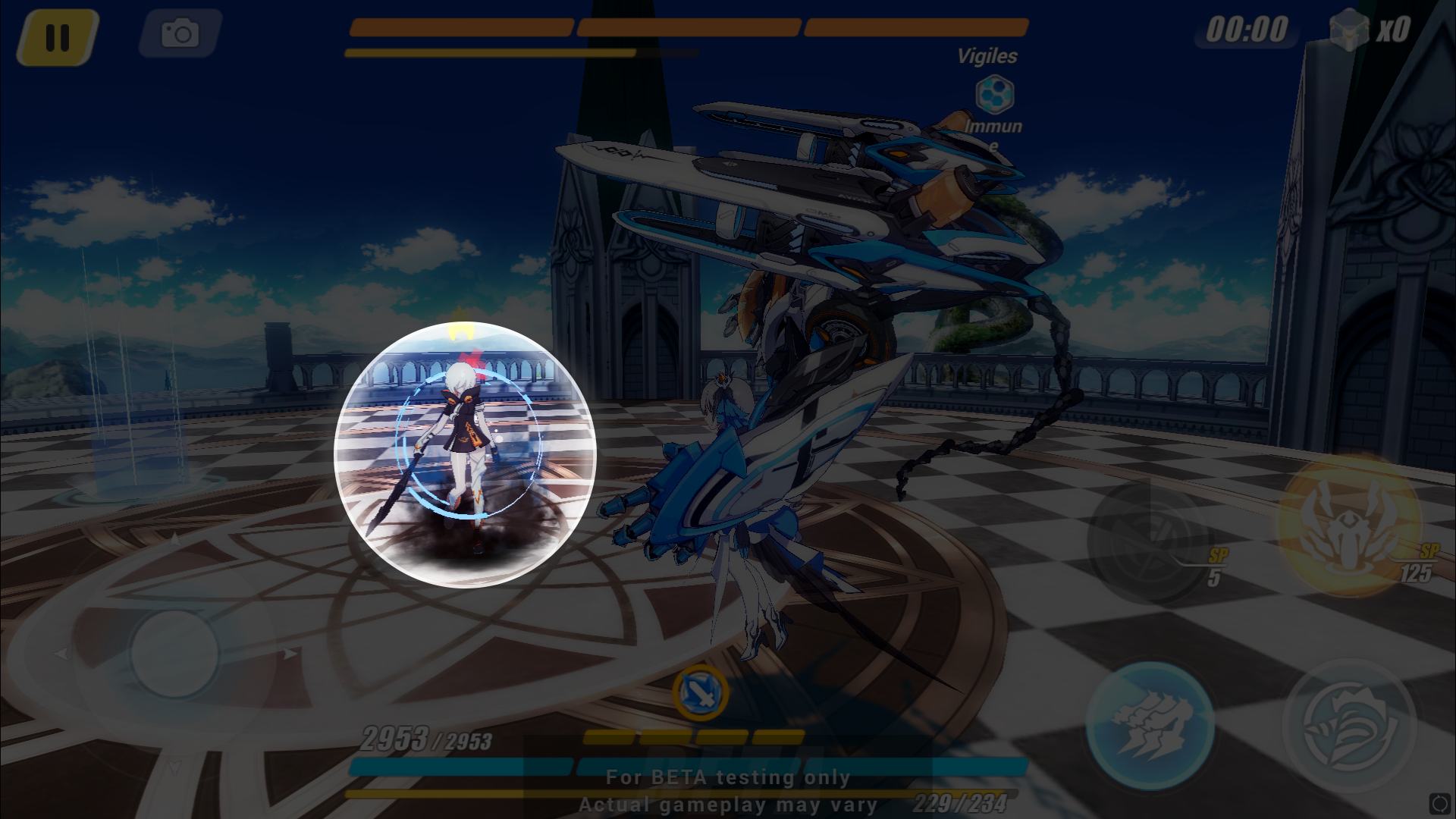 A special debuff that is exclusive to Herrscher of Reason. Analyzed enemies are instantly frozen for 1.5s, and Herrscher will gain 40% Total Damage against Analyzed enemies. Analysis duration cannot be extended by Time Fracture.

Many skills of Herrscher of Reason will inflict Analyzed debuff, including Basic Attacks, Evasion and Ultimate Attack.
Therefore, it's recommended to always Analyze your enemies before casting Ultimate for maximum damage. 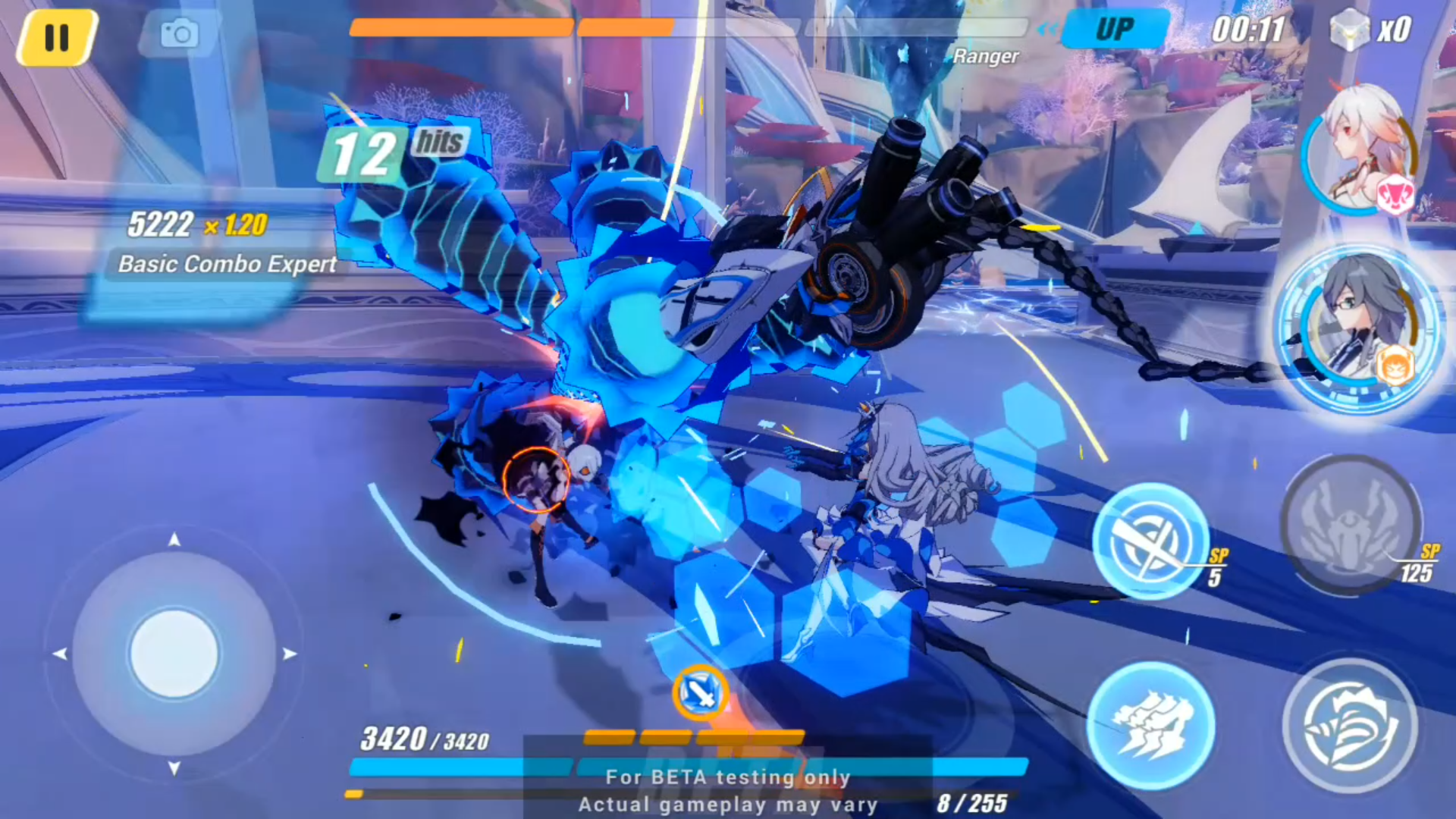 Perform a 4-sequence attack to the targeted enemy, dealing a total of 500% Melee Physical damage and [80% + 100% + (2x100%) + (8x40% + 200%)] Ice Damage.
During the drill attacks (4th attack sequence), Herrscher pulls in nearby enemies, and gains a Shield that blocks all frontal and side attacks from enemies.
The very last hit of this sequence will apply Analyzed debuff to enemies hit. Therefore it's recommended not to dodge cancel the drill attacks. 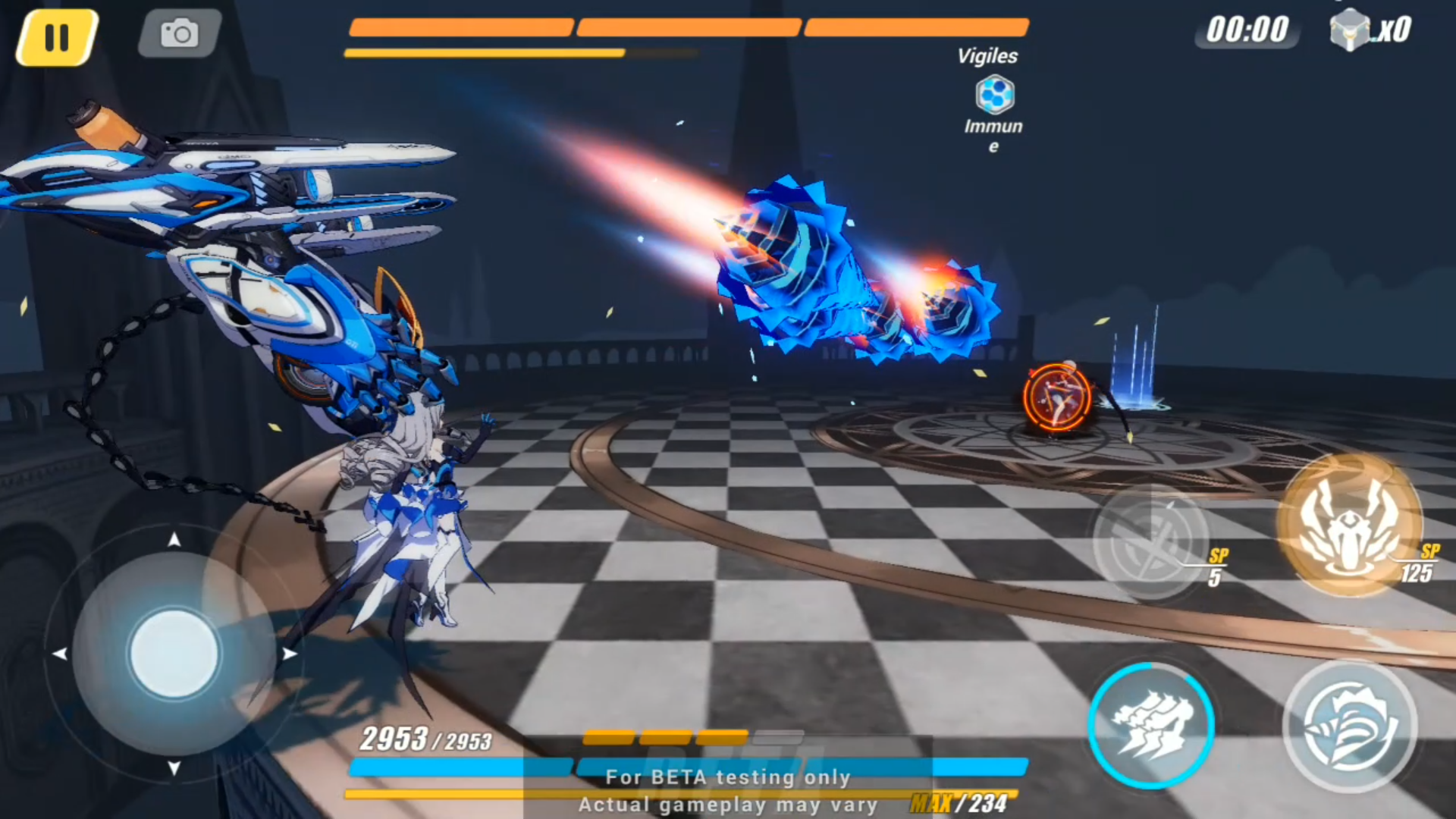 Can be performed during Basic Attack or after performing Evasion. Charge attack deals a total of 660% of Ice DMG, and varies according to the type of weapon equipped to Herrscher.
Things to notice regarding Charge Attack:

Among the three type of weapons, the Laser has the slowest animation speed, and the Cluster Missiles will scatter when facing groups of enemies. If you don't have the Key of Reason, it's recommended to use other slow-charge Rocket Launchers for maximum damage. 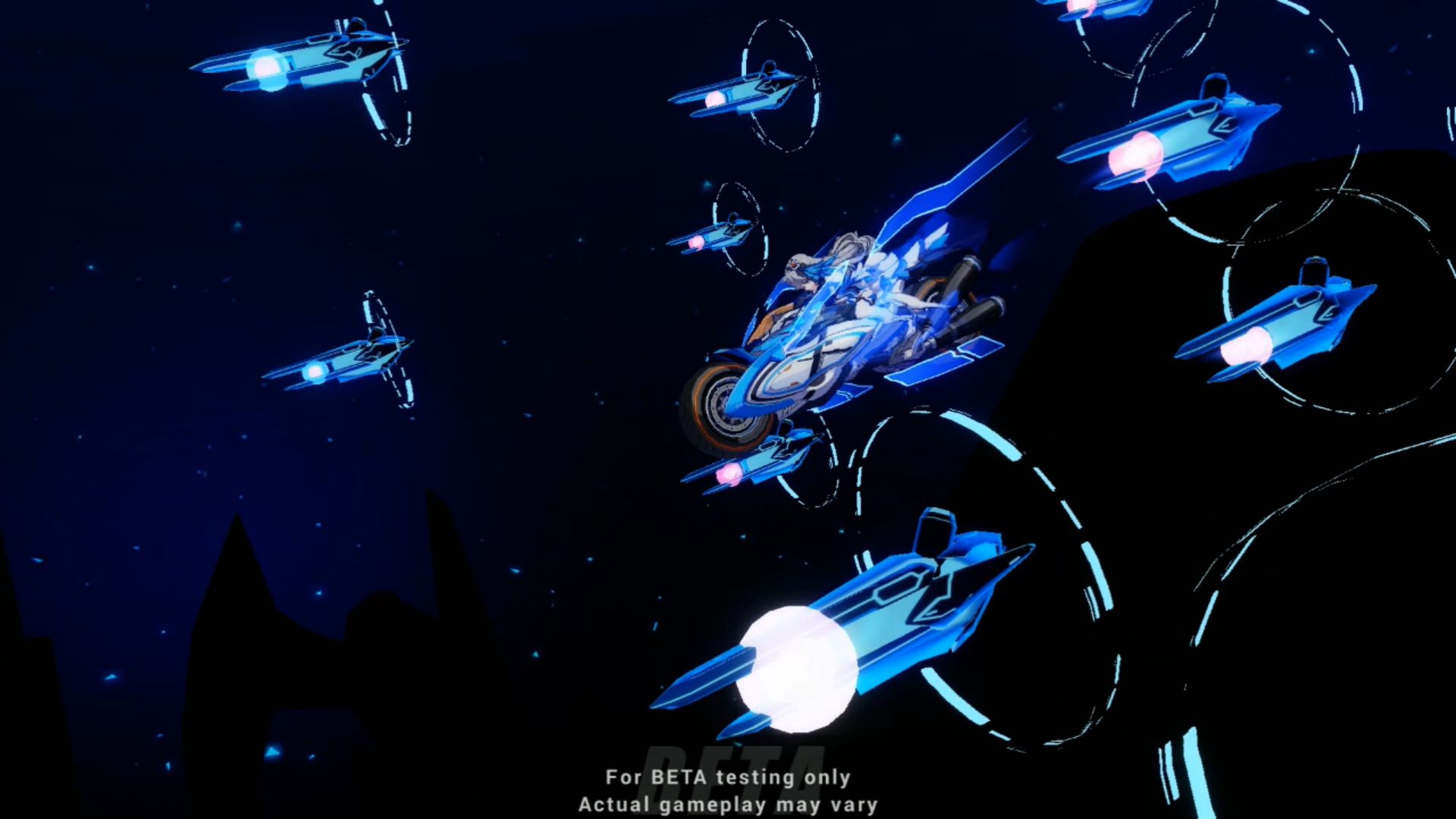 Immediately unleashes the full power of Project Bunny, enters Riding Mode and hits a wide area of enemies in front to deal [5x450% + 800%] of Ice Damage. Riding Modelasts for a maximum of 17 seconds.
In Riding Mode, Herrscher gains these following bonuses:

While moving, Herrscher summons a Hover Gun every 0.6s that deals 4x65% of Ice Damage. 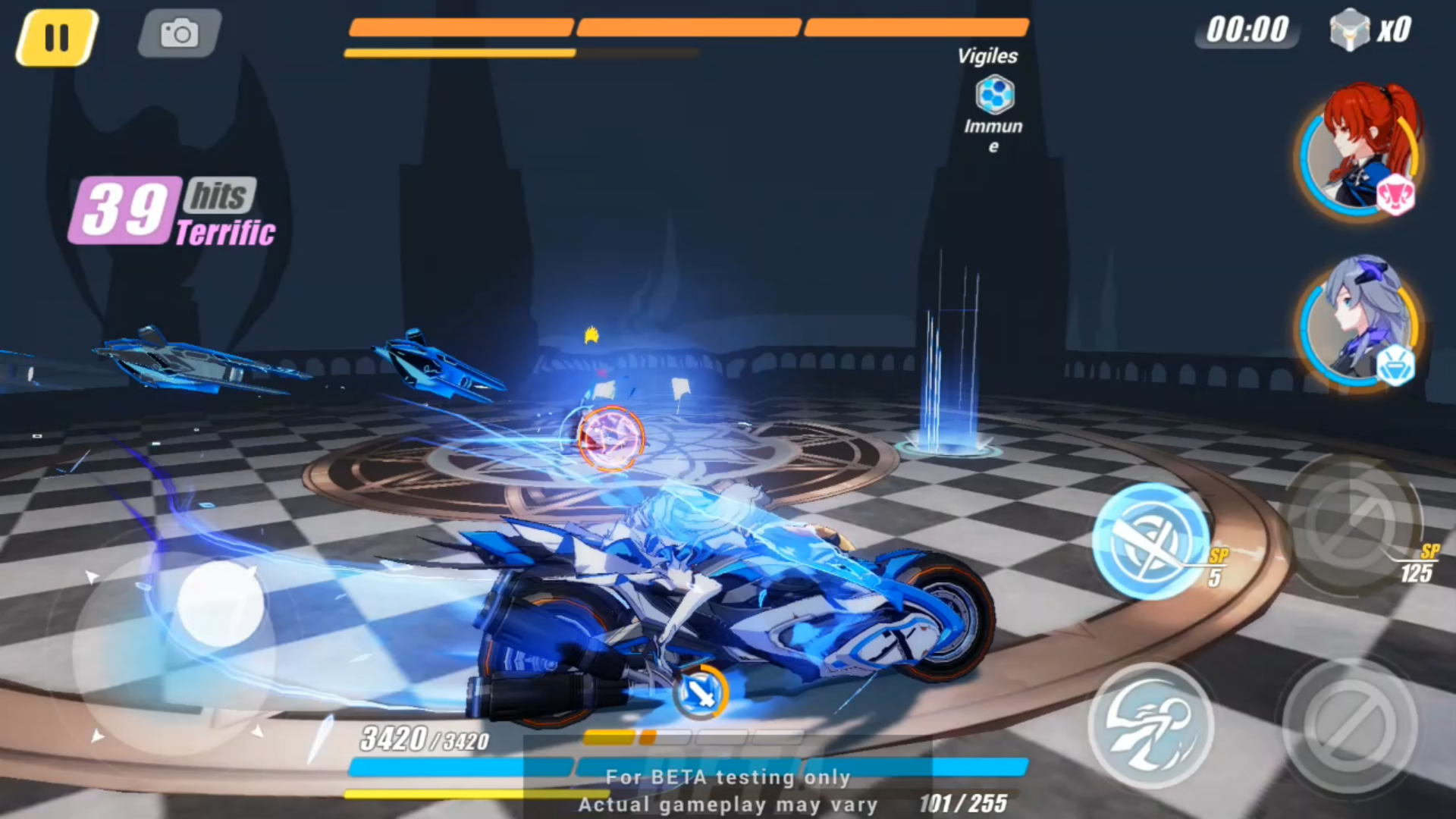 In Riding Mode, Herrscher can hold ATK button to perform a Charge Attack (consumes 2 cells of Konstruktyom) to deal [2x250% + 2x300%] Ice Damage, or press the Evade button to quickly apply a 4-second Analysis to enemies.
Comparable to Herrscher of the Void, this Ultimate is one of the strongest and most visually appealing skill in the game. It serves as a strong damage dealer and CC utility, as well as providing Herrscher a emergency escape button. Ranking is NOT absolutely required, but getting Herrscher's signature weapon [Key of Reason] will allow her to reach maximum potential. 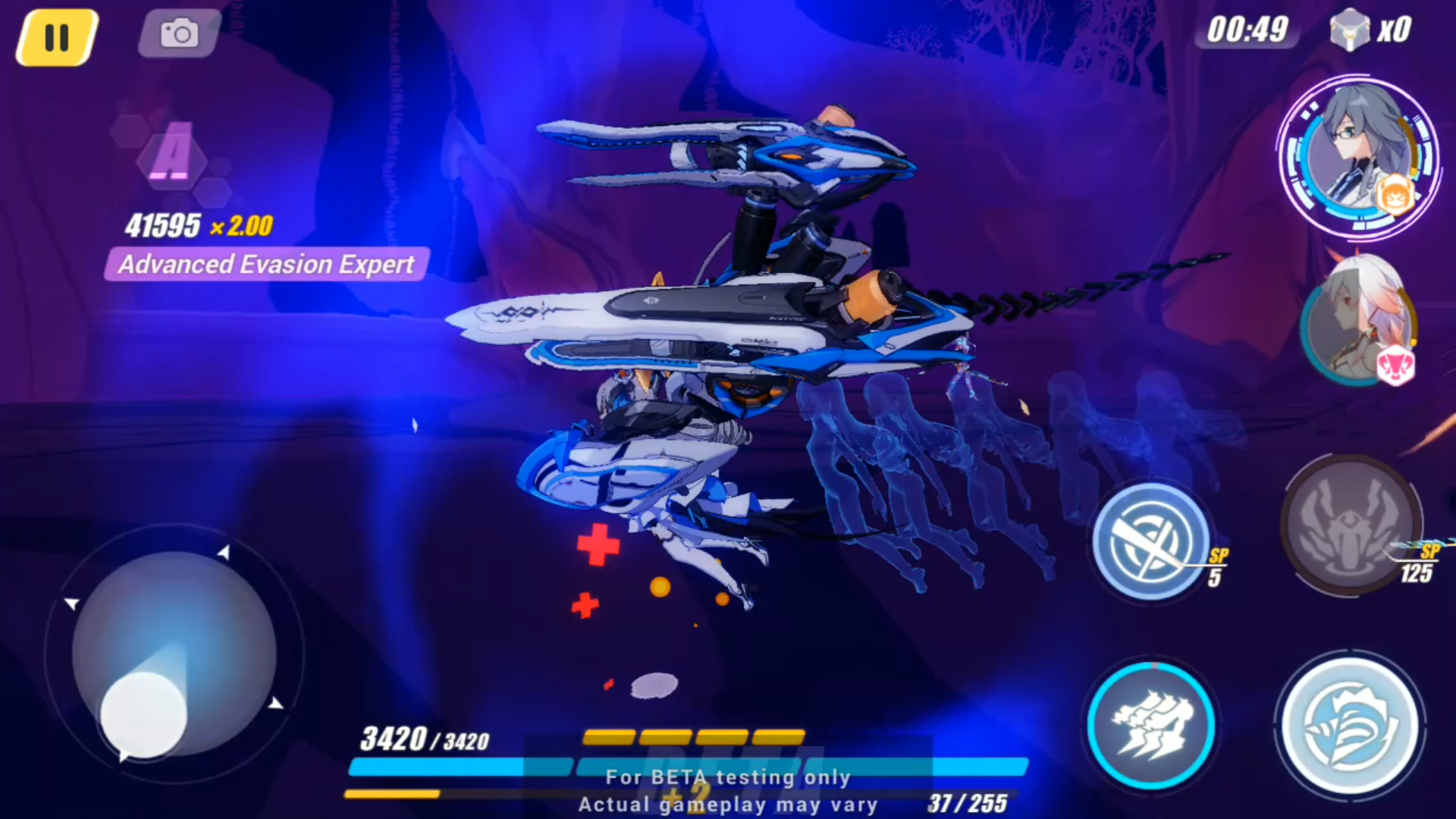 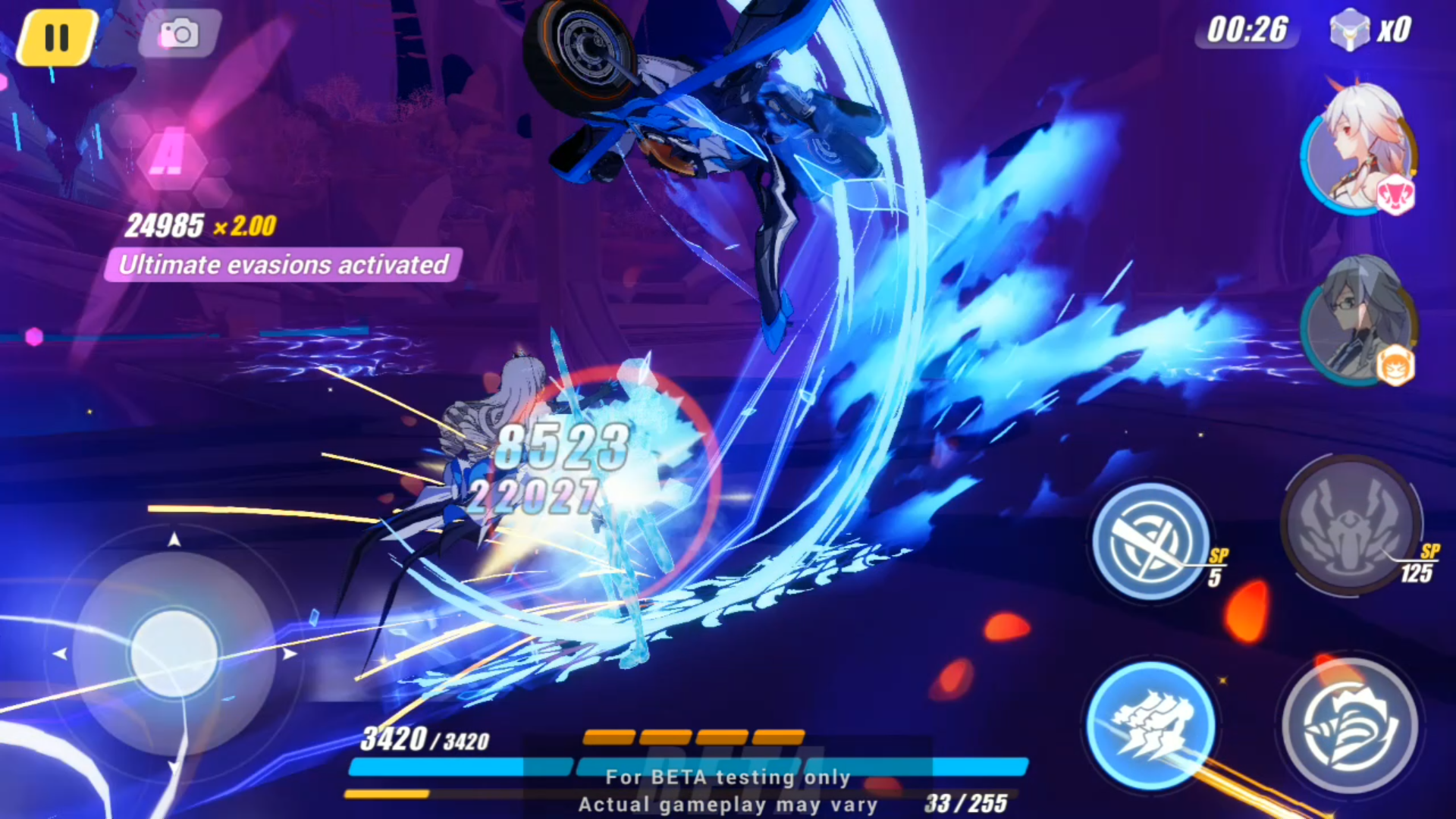 Triggers when an enemy is paralyzed or by Time Fracture. Deals 500% of Physical Damage and [500% + 300%] ATK of Ice DMG, recovers 120 Konstruktyom and instantly applies a 6-second Analyzed debuff to enemies.
Since Analyzed enemies takes a lot more Total Damage, it's always recommended for Herrscher to enter battle with QTE to maximize her damage output.

With the unique property of instantly performing Charge Attack with Active skill, Hand of Tyr serves as a good alternative in situations when Burst damage is preferred.

These slow-charge Rocket Launchers are recommended for Herrscher in general situations. Cyclops is the best-performing one in the bunch, giving 20% Total DMG when there are less than 2 enemies. Star of Eden has the bonus of being free, but also takes the longest time to max out.

In rare occasions where Cluster Missiles are preferred, these two weapons will get the job done. Flint Sanada has better damage output, while Briareus PRI is more headed towards CC and Utility.

Welt Yang set provides 60% Ice DMG (110% during Herrscher Mode), 35% Total DMG (95% for Charge Attacks following Basic Attacks) and many other buffs. This set delivers the highest sustained DPS, and the only downside is it cannot be used on other characters. Shakespeare B can be used in place of Welt Yang B in case you don't have the full set.

Robert Peary is also a viable option for Herrscher. This setup provides 101% Ice DMG and 44% Total DMG at 60 combos and above.

Like many newly released characters, Herrscher benefits a lot from Total DMG bonuses. This setup brings 45% Total DMG and 51% Ice DMG. During Heat mode, character gains 50% Total DMG and another 30% to Ultimate.

The classic Nohime set is also decent on mobbing. This setup gives a flat 80% Ice DMG, plus 40% Total DMG on Charge ATK and 75% Ice DMG while there are 3 or more slowed/frozen enemies. Needless to say this setup is terrible on boss fights. 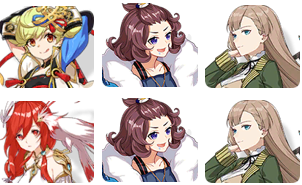 Every other stigma that gives Total DMG Bonuses will work as a decent alternative for Herrscher.

Goddess of Elemental Support as always. Phoenix contributes supplementary damage, buffs elemental attack, and drops SP packs for Herrscher. She can also finish off stray PSY enemies, even though not as fast as a BIO battlesuit.

Weakness coverage. These BIO characters are much better at handling Honkai beasts compared to Herrscher. Flame Sakitama and Night Squire are also capable of triggering Herrscher's QTE, enabling smooth transition. Argent Knight has the best damage output among the three, but the problem is you need two Ice stigma sets to put her and Herrscher on a team.

Memorial Arena support. These characters give initial SP, carry support stigmas such as Newton B, and give many other elemental buffs. It's still required to rank Herrscher to SS rank for competitive scores. I have included some Memorial footages in my video guide, check it out!