Bronya constructed this cannon using the Core of Reason. It can be mounted on Project Bunny or deployed as hover guns. The Power to Rebuild of the Herrscher of Reason required years to fathom, but Bronya understood this cannon in mere seconds thanks to her prior knowledge of war and weaponry.

Weapon Skills
★ Stats below are all Lv.50 figures.

Universal Blueprint
The passive offers bonus Ice DMG, which makes Herrscher of Reason even stronger since her main type of damage is of the element Ice. Herrscher of Reason's built in skills buffs her Charged ATKs, so having a cannon such as the Key of Reason synergies well with her playstyle.

Herrscher of Reason (HoR) is Bronya's 3rd awakening battlesuit and fights with great mobility, power, and sustainability. Key of Reason's passive straight up buff's HoR's Ice DMG, which is a great boost.
The active skill is even better because it's considered a non-Charged ATK. Its multiple hits triggers Welt Yang (M) and (B)'s effects as well as the 2-pc effect. Because it also inflicts freeze  in an AOE, it pairs well with the 3-pc effect's gathering. And lastly, when on Bronya, she can easily apply her Analyze Debuff to inflict even more DMG. This weapon has been made just for Herrscher of Reason; it increases her damage and synergies well with both her skill set and the Welt Yang stigmata set. 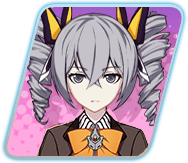 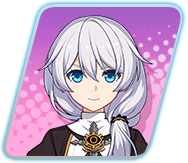 Wolf's Dawn, an elemental support battlesuit (starting at SS rank), can utilize the Key of Reason as a niche support weapon. The Key of Reason has a very low-cost weapon skill that can freeze. An easy freeze like this enables freeze-trigger QTEs such as Valkyrie Pledge.