Dickens is a new Physical Damage stigmata set introduced in version 4.3. In this guide, we will go over the function of the stigmata set, which valkyries will enjoy the set the most, and how it stacks up against the sets from the past. 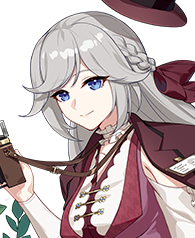 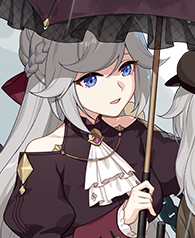 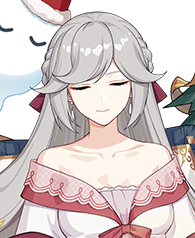 Social Truth: Casting Ultimate reduces Total Damage taken by 30% and improves Ignore Interrupt for 8s. When used by the Olenyeva twins, charges for the individual stigmata pieces start at 5 and can stack up to 8 times.

Dickens (T): Provides 30% Physical damage and some healing capabilities. The healing is mostly useless, and the damage multiplier is solid, but not overly impressive. This is a mediocre piece by itself.

Dickens (M): Provides 30% Physical damage and some AoE physical burst, potentially dealing 500% to 800% ATK of Physical Damage upon ultimate. Another decent but not amazing stigmata. Compared to older stigmatas like Planck M and Ekaterina M, which gives 51% and 41% Physical damage respectively, this is also a sub-par stigmata on its own.

Dickens (B): Provides 25% Total damage and potentially restores 5-8 sp upon ultimate. Once again, the numbers alone shys in comparison to older options like Lier B, who grants 46% Physical damage and Michelangelo B's 70% Crit damage. The additional sp is good for valkyries with fast low cost ultimates like Fervent Tempo Δ (FT). This will also synergize with Dickens' 2-pc bonus which relies on casting ultimates.

2-pc bonus: Provides 20% Physical damage to basic, combo, and charged attacks, and conditionally 15% Physical damage against MECHA targets and another conditional 20% Total damage for basic, combo, and charged attacks for 8s after casting ultimate. This is the most important part of the stigmata set. Due to the reliance of Dickens' 2-pc bonus to be viable, it also makes Dickens very niche, while the individual pieces provide unconditional damage multipliers, the 2-pc bonus only affects basic attacks, meaning no burst mode valkyrie should use Dickens. The valkyrie also needs to have an accessible Ultimate (no burst mode), and be fighting MECHA targets (no BIO valkyries).

3-pc bonus: Provides Total Damage reduction and Ignore Interrupt after Ultimates for 8s. Defensive bonuses are rarely worthwhile in Honkai and this is no exception. Olenyeva twins also gain stigmata charges at the start and increase the stacked maximum to 8. None of the charge based effects are particularly great. The additional damage from M and sp from B are nice but not enough to justify needing the 3-pc bonus. Without an amazing 3-pc bonus, and mediocre individual pieces, this makes Dickens can be very flexible. Having any two pieces plus a strong individual piece is a great option for those who are not aiming to gather the full set.

Dickens requires a physical damage dealer with a cheap spammable Ultimate and no Burst Mode, currently the only valkyrie that fits is FT.

Let us test how strong Dickens really is and if it stacks up with its competitors. For the test, I will use FT with Sleeper's Dream and various Stigmata set ups. The supports will be Drive Kometa (DK) and Celestial Hymn (CH) with no gear. I will do 1 rotation of DK tap -> CH QTE -> Cross -> FT QTE -> charged atk -> weapon active -> Ultimate -> basic attacks until Fervent Mode ends. The target will be a MECHA mob with 2,200 DEF. The results are shown in the graph below. 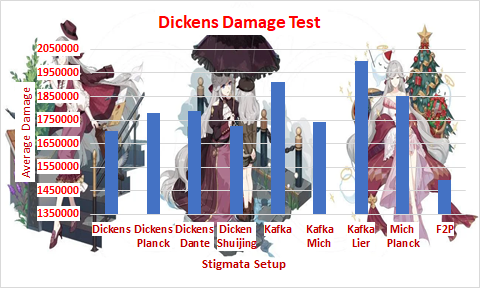 The F2P set was Jingwei T, Fu Hua Knight M and Lier B.

Dickens, despite being FT's signature stigmata set, does not perform overwhelmingly well on the valkyrie. Dickens improves if you forego the 3-pc bonus for a stronger solo piece like Planck or Dante M. Unfortunately, Dickens is overshadowed by Kafka, the current king of generic physical damage stigmatas. These performances would be further exaggerated if the enemy was not MECHA, which is an important condition for Dickens 2-pc bonus.

Dickens is a Physical damage stigmata set for a very specific niche. Dickens excels with a non-burst mode valkyrie with a spammable ultimate fighting a MECHA target. However, it will face heavy competition from past non-burst mode sets like Kafka and Michelangelo. In fact, Dickens even performs worse than the two older sets. This makes the set a very poor investment. The only reason to have this gacha stigmata set is to free up Kafka for other valkyries to use like Twilight Paladin for Memorial Arena, but that may not be a strong enough reason to invest in this stigmata set.