In version 4.3, two katanas have been added to the Bounty Mark's craftable list. In this guide, we will be taking a look at one of these two swords in detail. And that sword, now available to players outside of the Gacha and Exchange shop, is none other than Ice Epiphyllum!

5★ ATK: 265; CRIT: 46
Nagamitsu, the legendary bladesmith who lived for a thousand years and the director of St. 1504 Labs, managed to partially characterize the structure of Sakura Blossom to create this imitation blade using Soulium. This weapon has powerful freezing abilities.

In this guide, we will be abbreviating Ice Epiphyllum and Goushinnso Memento to “Ice Epip” and “Meme” respectively. Also, Kinetic Energy will be referred to as “KE”.

Snow Dance is able to buff allies, including the wielder, within its AOE by a rather nice 40% Ice DMG for a decent 10s, which is not too shabby.

However, it has a major flaw. Its buff only works while allies are within its pitifully small range of effect. And because this aoe stays in one place, quick-moving enemies can easily avoid the buffed ice attacks.

For the effects to work, the enemies must be within range of attack, usually requiring the wielder to be extremely close, before the wielder casts this weapon's active. Furthermore, when the DPS attacks, she must still be in the aoe while ensuring enemies will be hit.

In other words, while it's not too particularly difficult to set up a properly buffed Ice ATK thanks to Ice Epip's weapon active, it's rather easy to not be able to use the setup soon after casting it.

Glacial Bane
Provides wielder with a bit of Elemental DMG buff and Meme with 200 initial KE (Max 1000).
Ice Epip's passive skill is good but that's about it. The wielder gains a meager 15% omni-Elemental DMG buff bonus. While the buff is nice, it's pretty low; still good regardless.

And if the wielder also happens to be Meme, then she starts off her battles with 200 KE. The max KE Meme can store up to is 1000 KE, separated into 5 bars. So 200 KE is 1 bar. While this effect could be better, it's still pretty good for what it is. With 1 initial KE bar per battle, Meme does not need to waste time building up KE to start performing a Combo ATK. 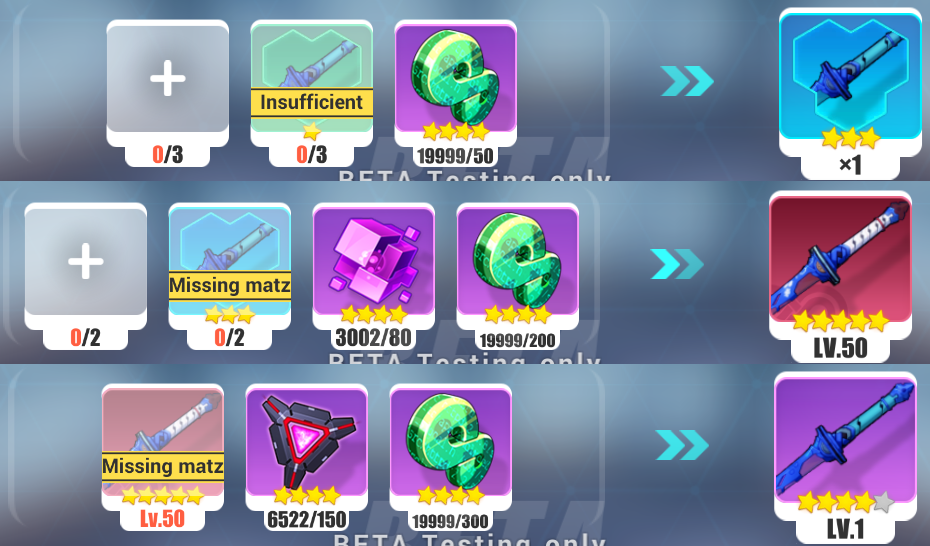 As mentioned earlier, players will be able to craft for Ice Epiphyllum starting in v4.3 in the Bounty section of the Foundry. Ignoring the Ghosts, Shades, and Spirit, players will need a total of 550 Ether Fuel, 80 Honkai Pieces, and 150 AE Imaginons to craft a Ice Epiphyllum. And keep in mind, in order to be eligible to craft the much more powerful PRI-ARMs, Frozen Naraka, the player must have owned an Ice Epip at least once during their account's lifetime. 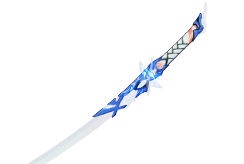 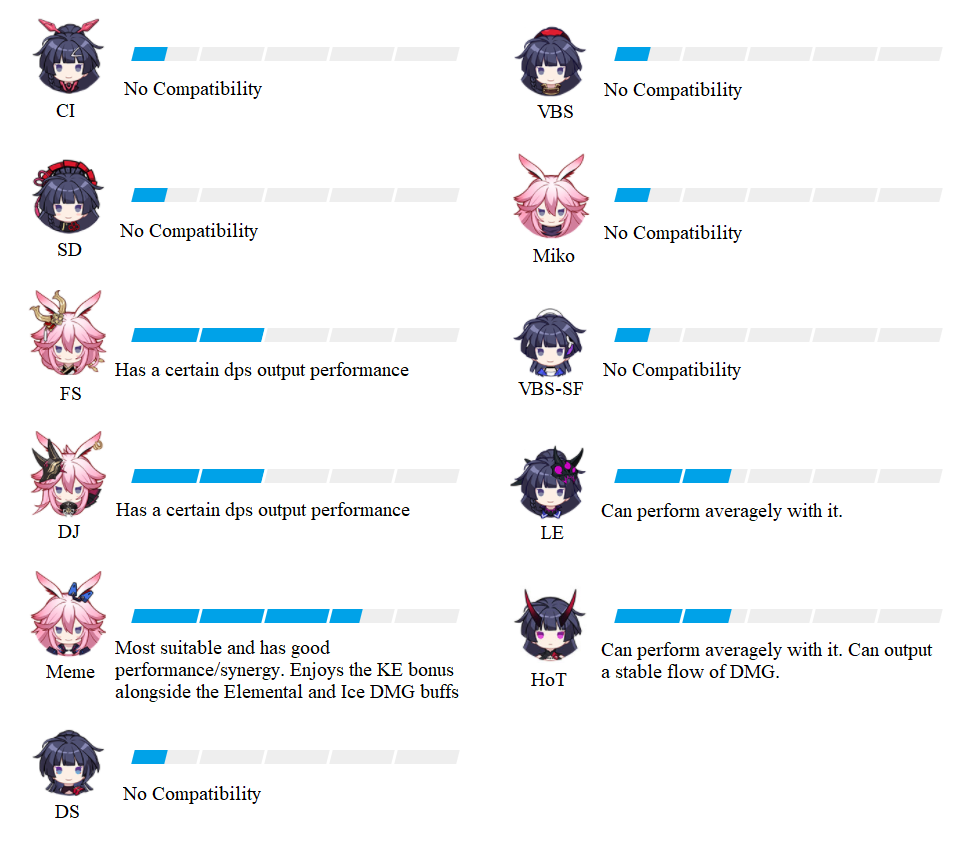 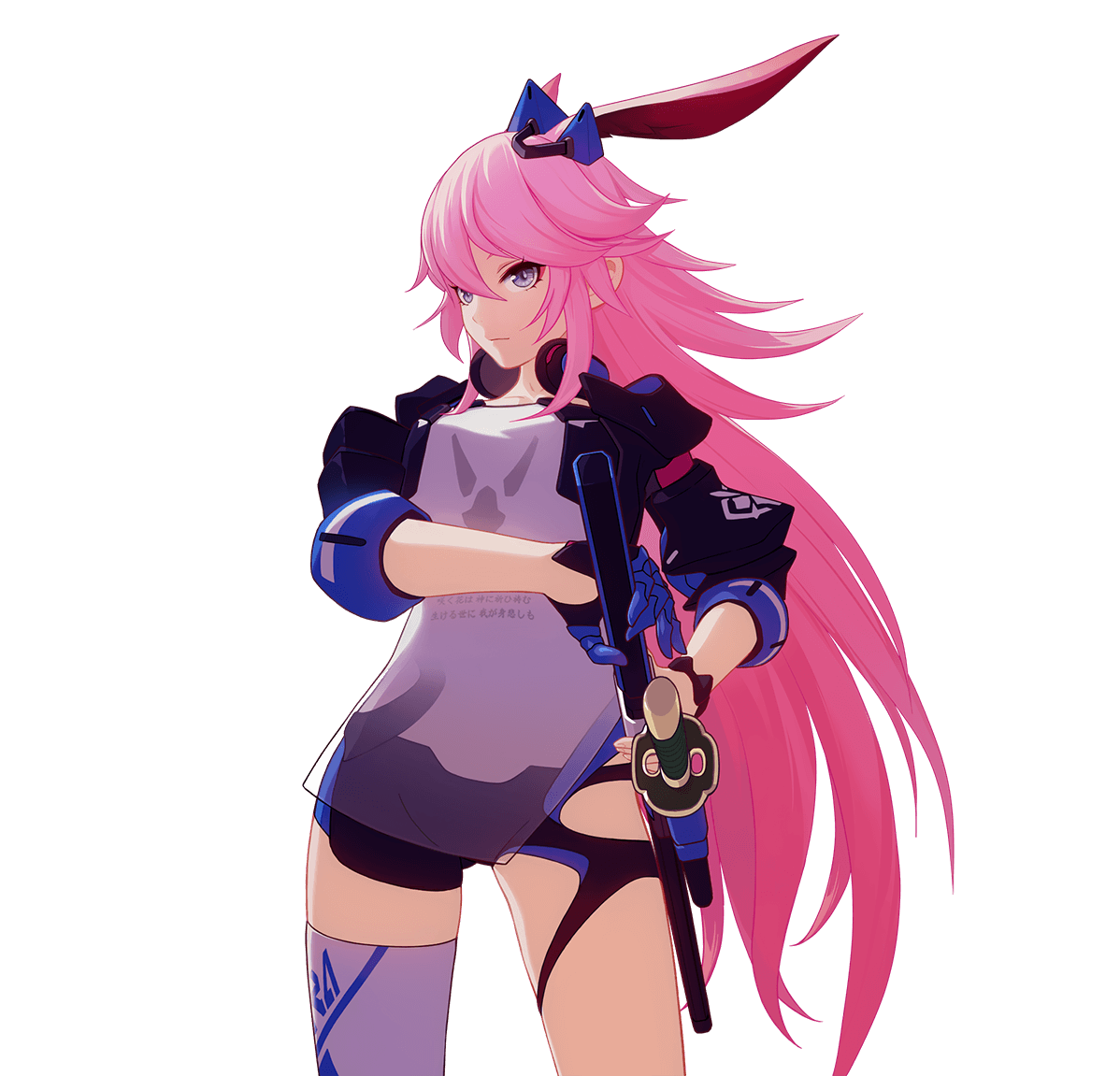 The Valkyrie best-suited for Ice Epiphyllum is none other than Goushinnso Memento. Not only does Meme enjoy the KE benefits that Ice Epip brings to the table, Meme can also make use of both the omni-Elemental and difficult-to-use Ice DMG buffs. The 10s duration and short range of the AOE of Ice Epip renders most situations to use it difficult. However, Meme is able to attack very quickly at a medium range while also remaining stationary. And when equipped with either Ana Schariac, the Ice Stigmata set that works best when the user is very close to the enemy, or Schrodinger T + Mei: Beach Party M + Shakespeare B, the stigmata combination that highly strengthens only a short window of attacks, Meme can perform rather powerfully. For a more f2p option, players can use Scott. Of course, it's very recommended that players have Meme ranked at least SS+ before they can start seeing proper results. The best playstyle for Meme to do is to gather KE meters, optionally use Ice Epip's weapon skill (can waste time creating the aoe), then mash the combo button for win. Here are some gameplay videos:

The Ice Epiphyllum is a niche Elemental katana that works best in the hands of the Valkyrie it is designed for: Goushinnso Memento. It has very meager Ice DMG dealing sub effects and a decent omni-Elemental DMG passive buff. Ice Epip also comes with a strong but difficult to use (in the wrong hands) Ice DMG buff AOE. Its range is much too small and rather short. However, in the hands of Meme, Ice Epip can shine. With the aforementioned benefits and the bonus KE energy that Ice Epip provides, Meme can perform very powerfully in niche weak-to-ice environments. Most importantly, owning an Ice Epiphyllum at least once is a requirement to craft Meme's new and better signature weapon, Frozen Naraka, late game. To sum it up, most valkyries cannot use Ice Epiphyllum, and Goushinnso Memento cannot function without her signature Ice Sword, but when together with enough appropriate gear & ranks, Meme can garner for some rather high scores.