Tesla ZERO is the new S-rank ELF, starts off with 2⭐ and maximize at 4⭐. The higher the star the higher her stats and and skills. In this guide, we will go over her abilities, skills, and her performance compared with other ELFs.

The comparison below is between Tesla and previous ELFs. It is a simple damage comparison versus Wendy at QS Red Lotus 255 Intensity, all of the ELFs are paired with optimal Team synergy, and at maximum rank.

In the comparison above, in term of DPS, Tesla have the highest DMG output following with Selune. That is purely DPS and did not count their bonuses and buffs into account. All of the S-rank ELF have different DMG Type, so it is hard to make a Total DMG comparison between all of them. At most, Tesla can be compared with Blood Embrace because of similar DMG Type, but with A-rank BE and S-rank Tesla, Tesla can easily outshined BE with her various skills and bonuses.

Following are the buffs and bonuses that every ELF give toward Valkyries and debuff toward enemies. 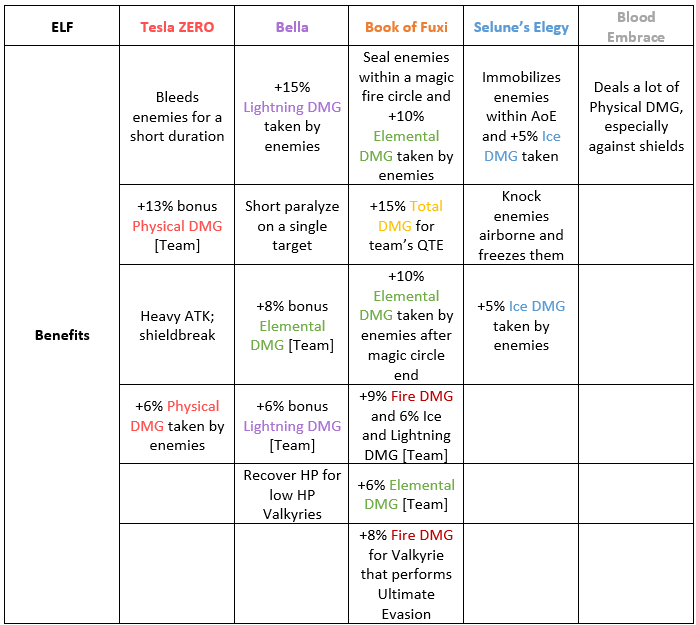 Tesla needs to be 3⭐ and 4⭐ to unlock more powerful team buffs.

To gain the team buffs when she is 2⭐ is a bit tricky because you will need to use 3 members with the same type. Possible team lineup to gain the buff (Physical Valkyrie only):

Of course, there are others possible lineup, but for some Captains, they probably have limited Physical Valkyrie with the same type.

For Tesla to truly shine, she needs to be at least 3⭐, but that doesn't make her basic skills and stats at 2⭐ weak. Her kits in 2⭐ are mostly for being secondary DMG dealer and minor buff for the team while at 3⭐, her new skills are even powerful and useful in various situation. Not only she can do shieldbreak, but then she can also buff the whole team and debuff the enemies.

Speaking of buffs for the whole team, in term of Physical DMG, for now Tesla is the only ELF that can boost Valkyries' Physical DMG. That automatically makes her the best option for Physical DMG team while for Elemental DMG Team, Book of Fuxi is the most versatile in her skills.

For F2P Captains, it is best to just keep relying on Blood Embrace in Physical DMG Team like me because although BE is an A-rank ELF and have far lower DPS than Tesla, it is better than nothing. While for veteran Captains who wants to fully optimize and upgrade their Physical DMG teams, then replacing the old BE with the fresh and new Tesla is a good choice. 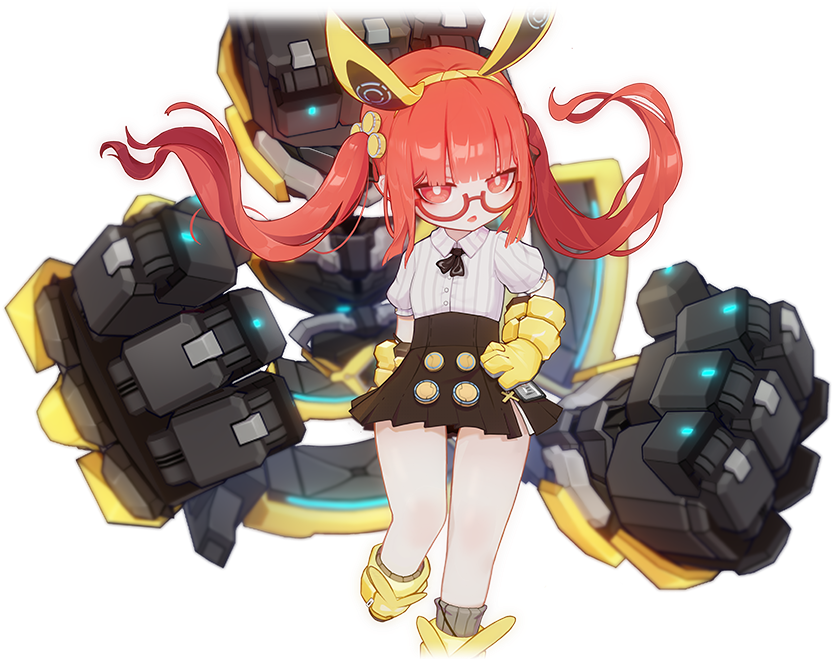