Dickens stigmata sets are the new stigma that were released in version 4.3. This set is a new Physical DMG stigmata with a pinch of support such as restore HP, SP and reduce Total DMG taken. Without further ado, let's dive right into the detail. 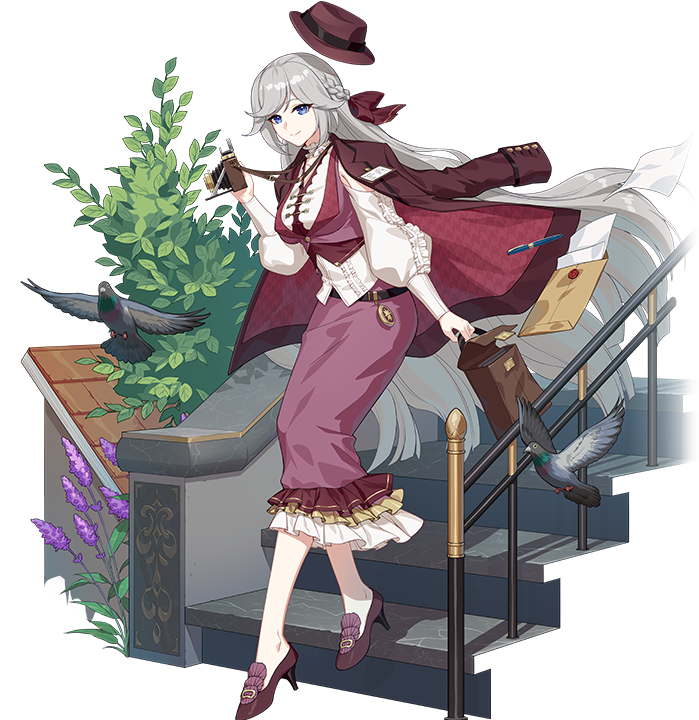 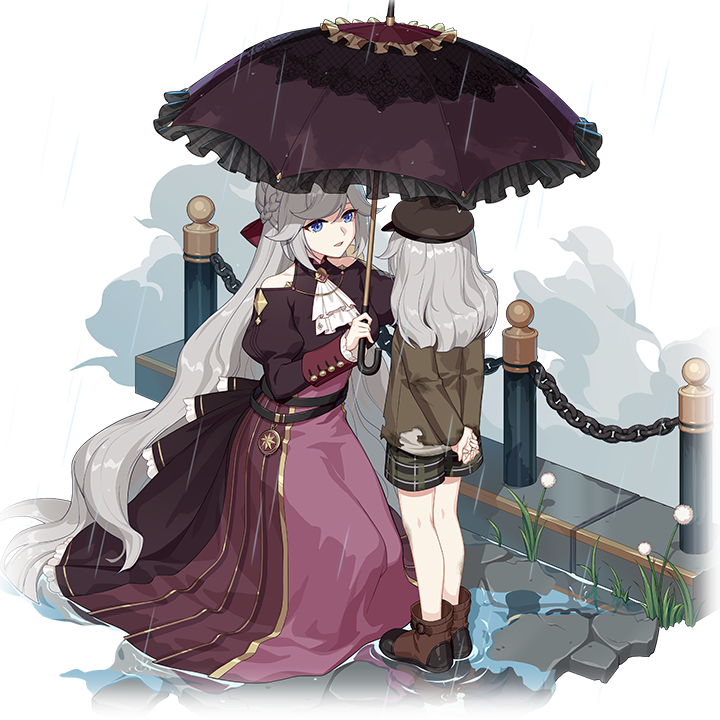 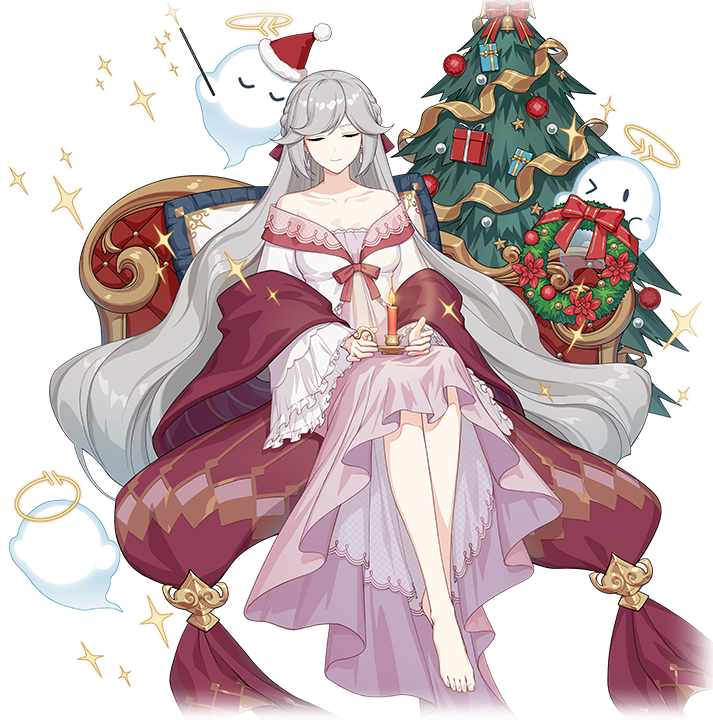 3-pc: Social Truth
Casting Ultimate reduces Total DMG taken by 30% and improves Ignore Interrupt for 8s. When equipped by the Olenyevas, charges of individual stigmata start at 5 and max at 8. The starting charge bonus can proc once every 10 min in Open World.

Dickens (T): Provides Physical DMG buff and heal self. This piece has a straightforward buff; combining a decent amount of Physical DMG and also grant 1 charge on each hit. With 5 charges max, upon triggering Ultimate, it will restore 200 HP for the host. While the buff is good, but because the sub-skill focused on restoring HP, this piece became the least impactful out of the three as most Captain will focus on Damage buff and not HP-related buff.

Dickens (B): Provide TDM bonuses and SP-recharge. This last piece is the most impactful piece of the set. It provides a solid great amount of TDM bonus to host for the whole battle. Just like the last 2 piece, it grants 1 charge on hit with max 5 charges that by triggering Ultimate, will restores 5 SP max. If you realize by now, the whole set have this sub-skill where it relies on Ultimate. Making one believe that these stigmatas are more suitable to Physical DMG Dealer with low-cost Ultimate.

2-pc bonus: Provide Physical DMG bonuses and additional Physical DMG buff against MECH enemies resulting Psychic Physical DMG Dealer being the most suitable in equipping these stigmatas. The 2pc effect also comes with another great deal of TDM after triggering yet another Ultimate. Keep in mind that these buff only work with Basic, Combo and Charged ATKs so Burst Physical DMG Valkyrie may not gain the full advantage of it. The best combination for this 2pc set is definitely the M and B pieces. As T piece is a bit lackluster, it can be replaced with Jingwei, Kafka or even Marco Polo.

3-pc bonus: Provide DMG-protection and Ignore Interrupt. The final 3pc effect are beneficial mostly for Olenyeva twins because each stigmatas will increase its max charge from 5 to 8. Refer to the chart below:

This comparison is only for Physical Stigmata and the effect buff written below are offensive-related buff only (Physical DMG, TDM, Crit) in Basic ATK, buff in Burst Mode are not included:

The score for the ‘Highest 5s DPS Burst' are from this strat:

I would like to put Dante and Dirac as both of them also have a powerful Physical DMG buff but decide against it because they specialize more toward Valkyrie that has Burst Mode to unleash the full potential of the stigmatas.

As we can see, the highest amount of DPS are from Jingwei T Marco M Lier B. This set could be said as one of the most powerful F2P Physical Stigmata set. And while this is true in my opinion, this set has one big flaw. First of all, let's take a look at all of their skills:

Jingwei (T) with the 31% Total DMG Multiplier is a MASSIVE boost. In a way, the most functional piece in this set is Jingwei but at the same time the biggest weakness is also Jingwei. This is because it is clearly stated that the buff only work when there are only 1 enemy. If there are 2 or more enemies, then Jingwei totally lost their function. This is why the only suitable place to use this set is when facing bosses in Memorial Arena and Abyss.

The next highest amount of DPS are from Kafka set. This is a no surprise to any Captain as Kafka have always been one of the top Phsyical DMG prior to Version 4.3. And I personally think that even with the addition of Dickens, Kafka's position is still not swayed. This is because to maximize the full potential of Kafka's skill, we only need to do Basic ATK and Charge ATK. There is no constraint such as the need to trigger Ultimate or Burst or any other condition to gain the rest of the buff. For more detail of their skill:

In other word, Kafka has the most stable Physical DMG buff output compared to Dickens that need to unleash Ultimate to obtain half of the buff in every piece.

Fervent Tempo are extremely suitable in equipping Dickens, which is a no-brainer because Pen of Critic set was designed specifically for her. Other than FT, Blueberry Blitz is the next best option in using it. This is because as I'd mention before, Dickens highly depends in Ultimate to inflict full buff to the Valkyrie. Thus, making Valkyries with low-cost Ultimate the most suitable in equipping it. And by filtering Physical DMG Valkyrie that can trigger Ultimate with SP lower than 50, we come upon these two.

I put alongside Sleeper's Dream and Shuhadaku of Uriel because both of the weapons' passive skill are providing bonus initial SP. These are crucial in the battlefield as Dickens's default Total DMG boost is 25% but once unleash Ultimate, Valkyrie will get an additional 20% TDM for 8s. 8s by far is not a long duration that is why we need to keep spamming Ultimate as much as we can to get those delicious buff.

Below is the damage and score comparison between the Physical Stigmata that were mentioned in the Score Comparison before.

Yes, as you can see in Instance 1, all of the stigmatas have almost the same result. This is because all of them have the same average time of 15 seconds to finish the stage. After a few practice and countless trial, I manage to equalize almost all of the score.

To compare the DPS and buff between stigmatas, it is best to look at the result in Instance 2 as it clearly shows the difference.

In my opinion, in term of Physical DMG buff, Dickens set are above average. However, it clearly cannot defeat Kafka sets. Just remember to avoid using this set with Valkyrie that has burst mode like BKE or SP because Dickens' buff does not affect Burst, only Basic Combo and Charged ATK.

Do you need to pull Dickens set just for Fervent Tempo? If you are a whale or a collector of some sort, by all means you can do it. But if you are F2P Captains, it is best to just use Jingwei T Marco M Lier B/Attila B as a replacement for Dickens.

This set while is above average, it is not a must-have for Physical Valkyrie unlike Kafka, especially when the Valkyrie specialized in using Dickens; Fervent Tempo are expecially friendly even toward F2P equipments so you don't need to waste your crystal just to get this stigmata sets.

That is all from me, thank you very much for reading. This is Captain Hoshina and have a nice day!