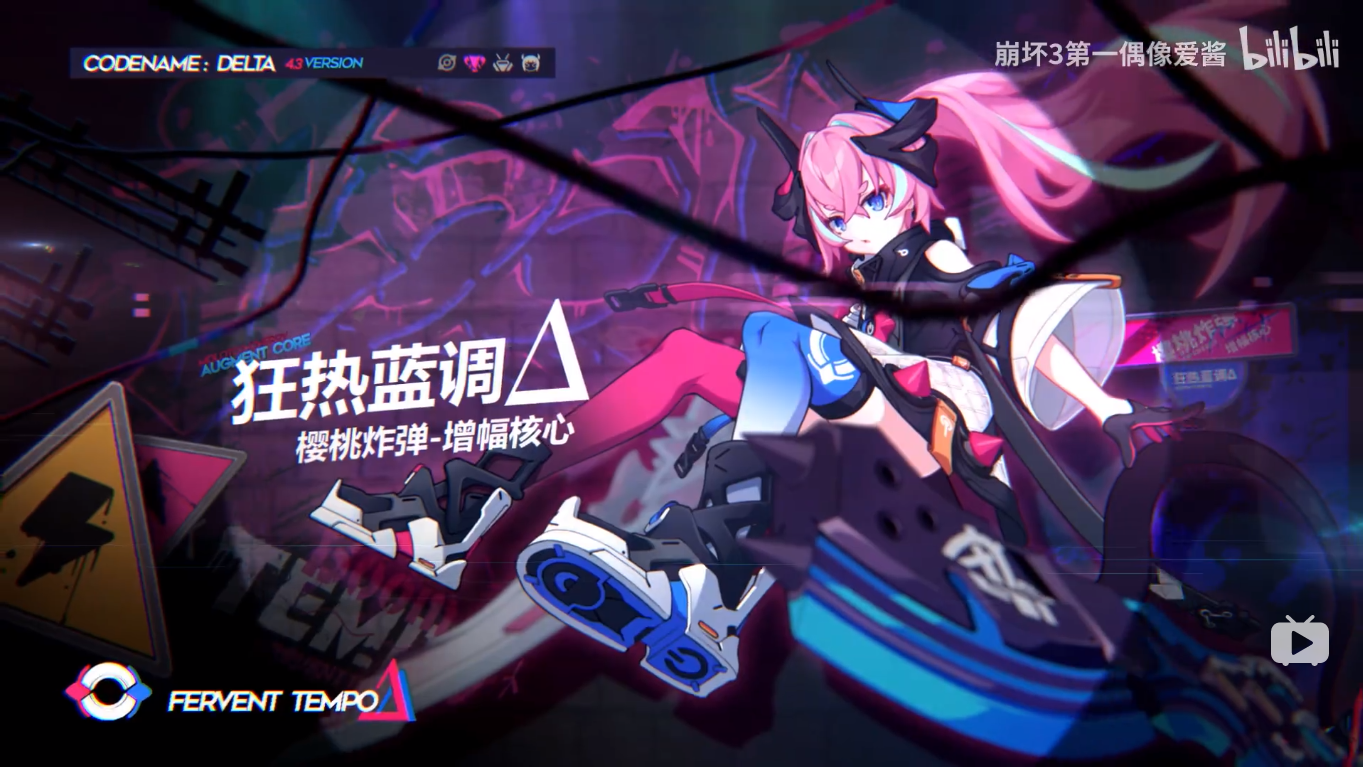 Greetings, Captain. Today we will talk about the new Augmentation [Fervent Tempo] by Molotov Cherry; Psychic-type battlesuit that can sustain damage at close range. Not only her Ultimate deals high burst damage, but she also deals high Physical DMG in Fervent Mode. Is she worth the resources to upgrade into SSS 6⭐Augment Core? Let's find out.

Opinion on the battlesuit:

Unlock new augment costume with upgrading her into 3⭐ Augment Core.

4⭐ Augment Core: Unlock 80% of her potential.
The charge rate multiplier of the attack is increased, and the overall output is greatly improved.

(Valkyries are based on SSS-rank Lvl.80, with 6⭐ Augment Core)
*Please note that instead of MC(Molotov Cherry), I will call her FT(Fervent Tempo) in this guide.

Heal 15 HP/s when enemies are nearby. 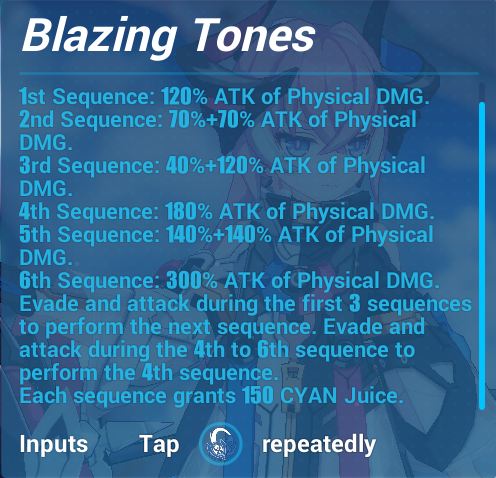 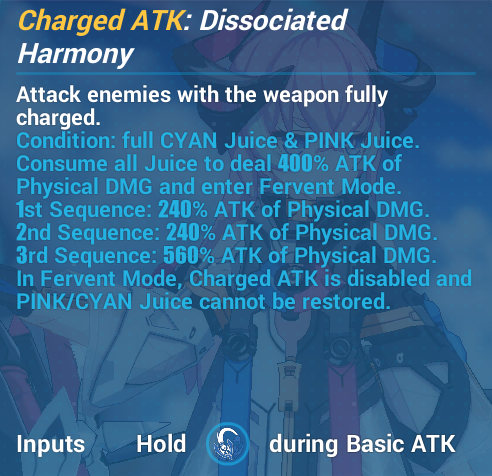 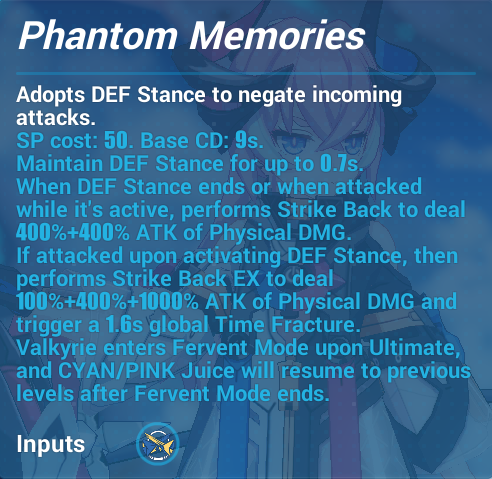 Ultimate boosts Valkyrie's Crit Rate by 15% and Physical DMG by 15% for 9s. 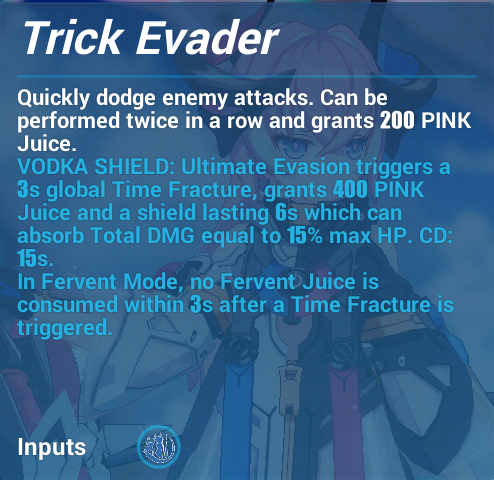 When the Ultimate Evasion shield is active, gain 25% Crit Rate.

FT signature equipment are as shown above, for the weapon it is the PRI-ARM of Sleeping Beauty while the stigmata sets are a freshly new one specifically created for FT Rosaliya.

As you can see, half of the bonuses can only be gain by FT and not by other battlesuits.

Dickens (T) help to boosts Physical DMG by 30% and provide 1 charge upon hit to enemies (Basic, Combo, Charged ATK) with 5 charges max. These charges will be consumed after Ultimate to restore 40 HP.
Dickens (M) have a similar attribute as (T) which is boosts Physical DMG by 30% and provide 1 charge upon hit to enemies. The only differences are that these charge will instead deal 100% ATK of Physical DMG in a small area.
Dickens (B) grants 25% Total DMG and also 1 charge upon hit to enemies with 5 charges max. Ultimate consumes all charges and for every charge will restore 1 SP.
2-pc boosts Physical DMG by 20% for Basic, Combo and Charged ATKs and another 15% bonus Physical DMG against MECH enemies. While after Ultimate, it will boost another 20% of Total DMG of Basic, Combo, and Charged ATK for 8s.
3-pc will reduces Total DMG taken by 30% after casting Ultimate and improve Ignore Interrupt for 8s. If equipped by either Rozaliya or Liliya, charges of individual stigmata starts at 5 and max at 8.

For FT who is a sustained PHYSICAL melee DPS that heavily depends on Charged ATK, all of the Dickens Stigmata provide a MASSIVE boost in both Physical DMG and Total DMG while at the same time can restore HP and SP and reduce Total DMG taken. It is a combination of both offense and defense making these set perfect for Physical Damage Dealer like FT.

Jingwei (T) provide 31% Total DMG Multiplier when there are only 1 enemy on the battlefield. This stigmata are widely known across every Captain that are suitable for any Damage Dealer Valkyrie.
Marco Polo (M) increase Crit DMG by 25%. When Combo Hit Count exceed 30, gain another 25% Crit DMG.
Lier (B) provide 46% Physical DMG at 100% or higher HP.

This set is another set of equipment that are mostly for Physical Damage Dealer. For F2P Captain, this set is the best set you can acquired from Foundry. If Lier (B) is a bit expensive for your tight budget, you can easily change it into Attila (B). Even though Attila is 3* Stigmata, it still do the job in increasing Physical DMG.

For ? Captain, aside from Dickens, this set also another powerful set that can bring out FT potential as Physical DMG Dealer. 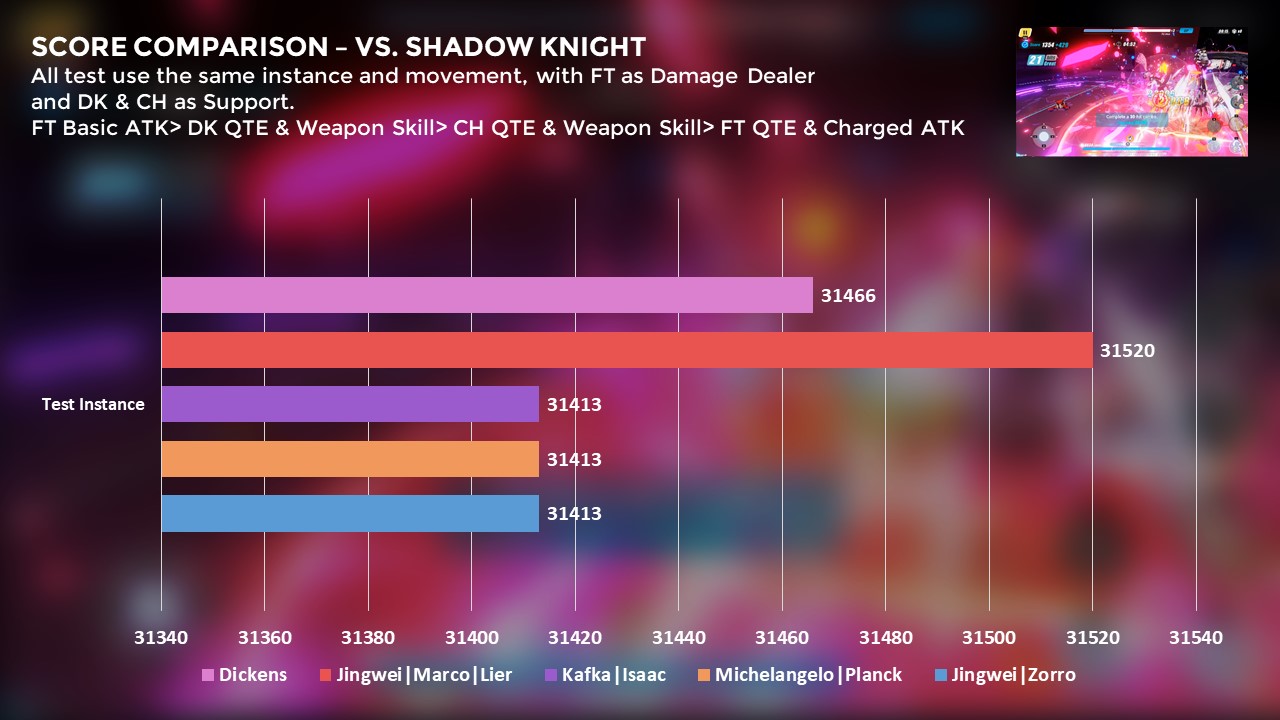 Fun fact: Every instances does not even reach  30-hit combo and finish within an average of 20 seconds.

First of all, every Captain will have the chance of acquiring Molotov Cherry battlesuit in version 4.3 as there will be free gifts in conjunction of Honkai 4th Anniversary where Captain can choose either Molotov Cherry Character Card or 600 Ancient Willpower or 160 Fervent Core. 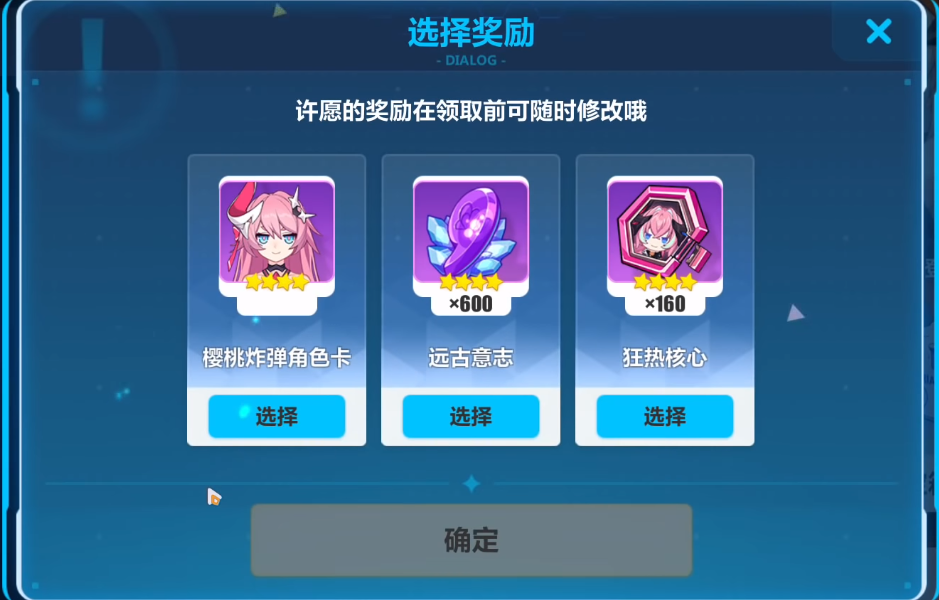 So does upgrading her into 4⭐-6⭐ Augment core worth it? In my opinion, Yes.

Take this opinion with a grain of salt, but as an F2P Captain myself, I can see that the damage of Fervent Tempo even with F2P equipment set (Jingwei T, Marco Polo M, and Lier B) is just as good as her signature Dickens set. Even with SS rank 4⭐ Augment Core, with the help of support valkyrie, she can defeat Memorial Arena SS-Boss such as Shadow Knight, Kallen and Hephaetus with ease.

Especially Captains who lack Physical Damage Dealer, upgrading MC into FT is a very good choice and option. Incase you are wondering which Augmentation is better between Danzai Spectramancer and Fervent Tempo, I would definitely think FT are much more functional than DS in term of Main Damage Dealer. I personally stop upgrading DS just to save my resources to upgrade FT into 6⭐ Augment Core.

You have reach the end of this guide, this is Captain Hoshina, thank you reading and have a nice day!