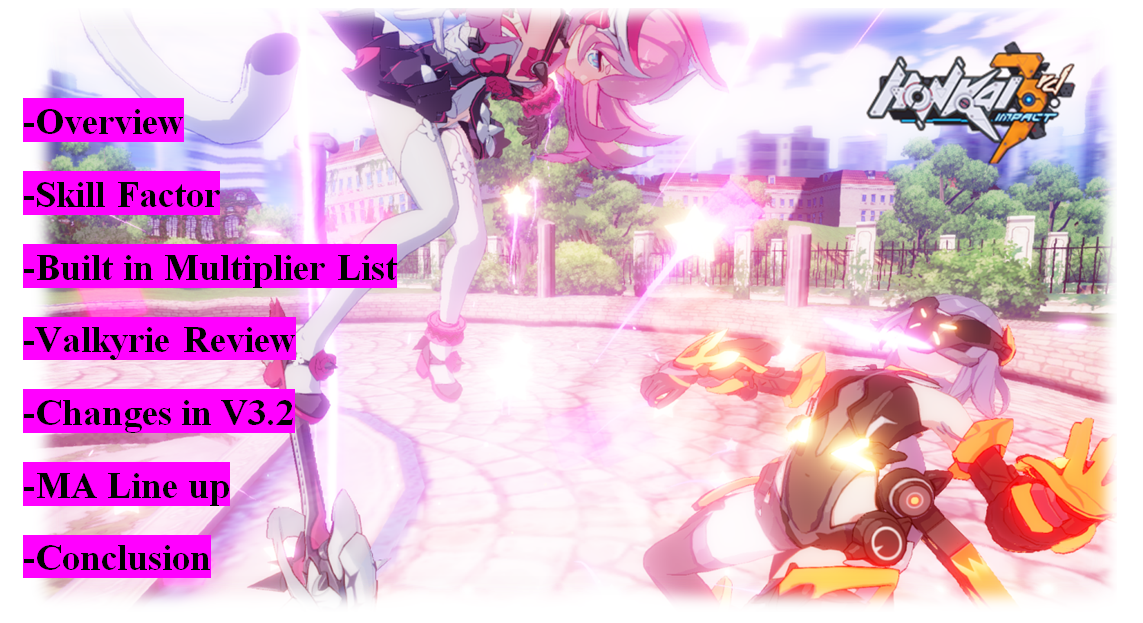 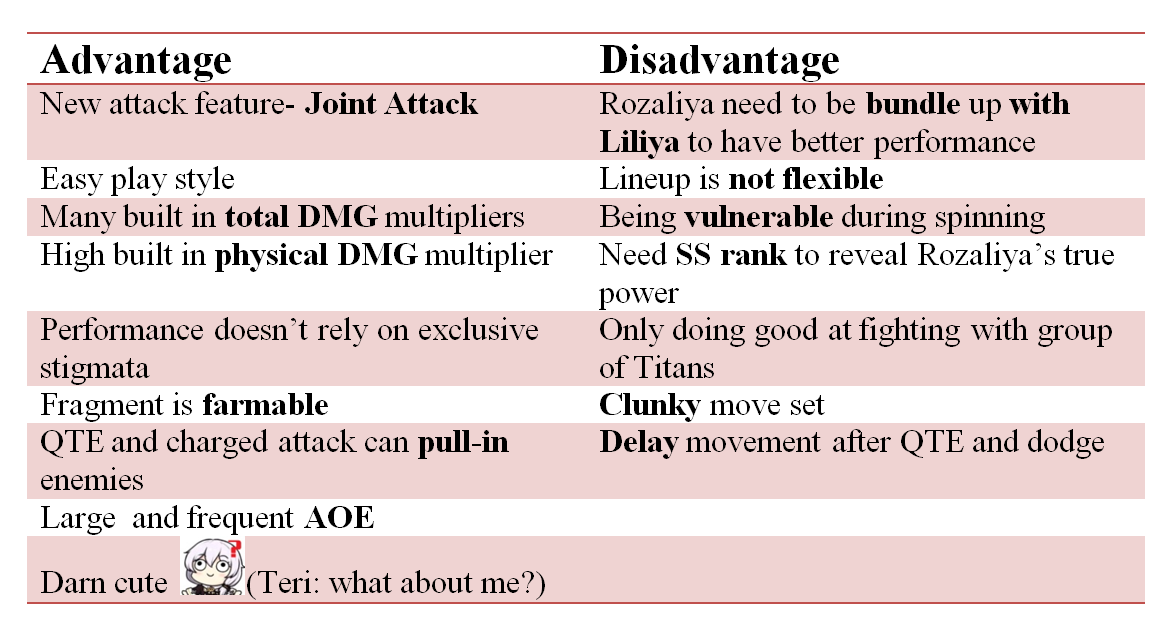 Knowing the skill factor helps players to determine which attack skill is primary to be focused in the battle. If the second strongest attack doesn’t help a lot, players need to consider the strategy of using other Valkyrie to either stack buff or doing damage, and figure out if the strategy fits the attack cycle

-Overheat will cause about 1.5s stun.

-Vodka Finale belongs to normal charge attack and it will add 35% spice.

-Rozaliya will be invincible during the performance of Vodka Finale.

- It takes about 16s to cool down the spice naturally from max Spice; 2 sets of basic attack with joint attack (10s totally) can clear the spice from max to zero.

-The cool down speed of the Spice meter is extreme slow if it doesn’t recover from the max spice.

-Spinning can go through enemies.

- When Spice meter is fully cooled, Rozaliya’s icon will light up.

Categorize the multipliers helps players to figure out how to make max stacks of multipliers in what conditions. And use this information to determine the attack cycle in the team. 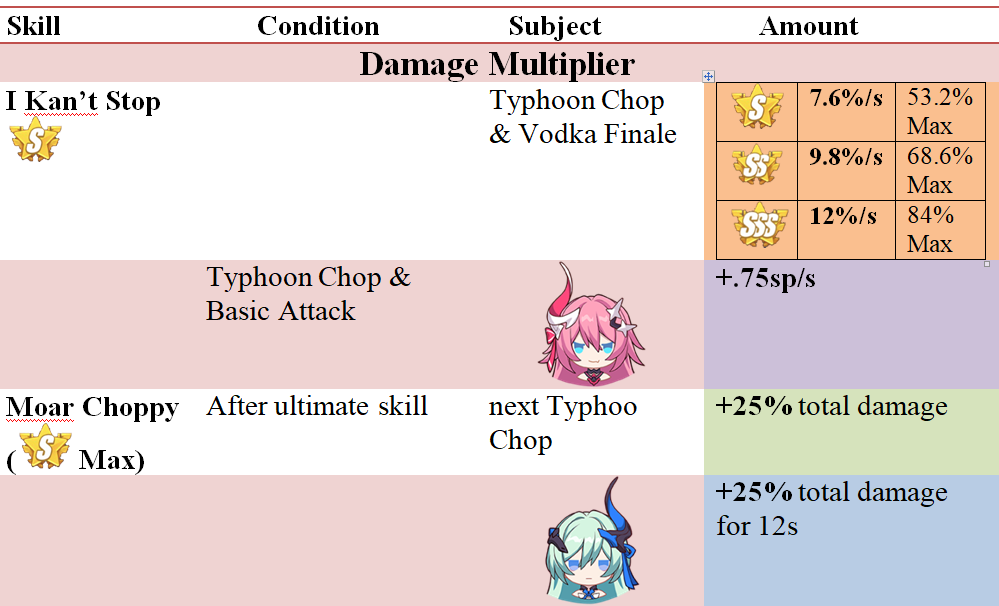 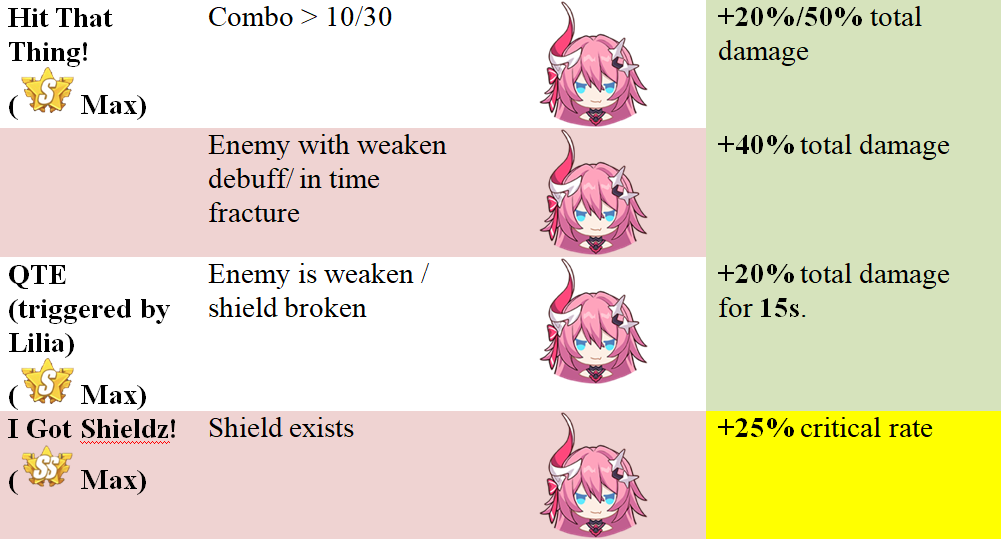 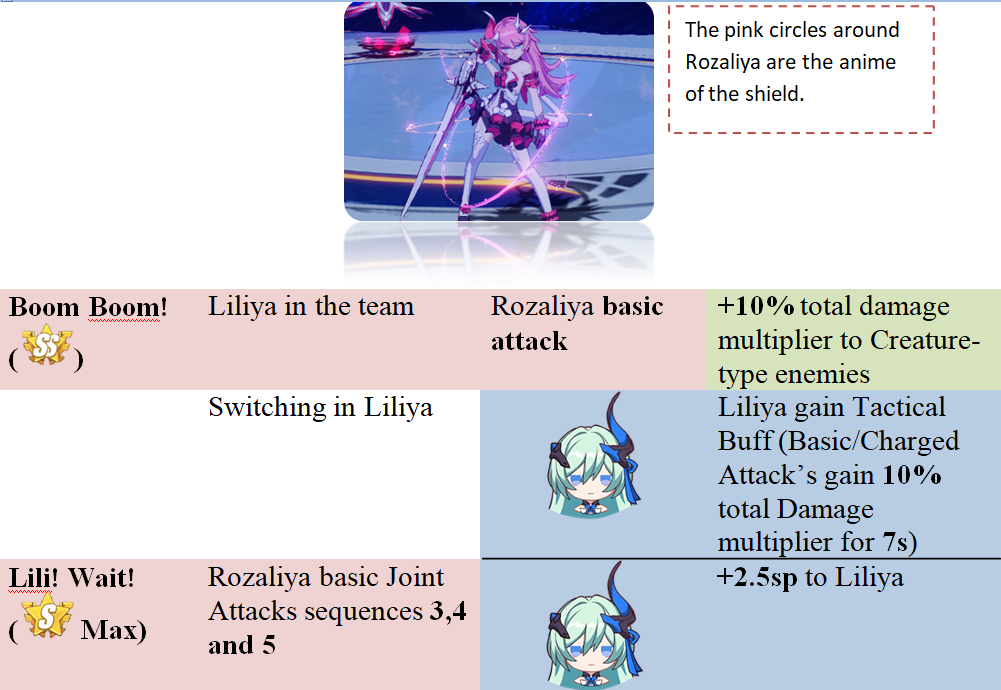 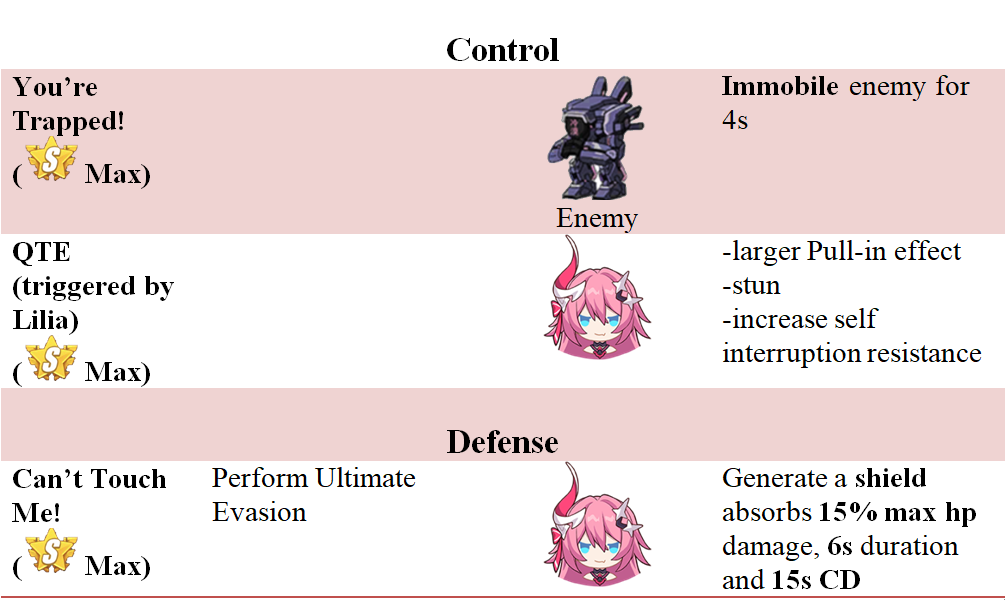 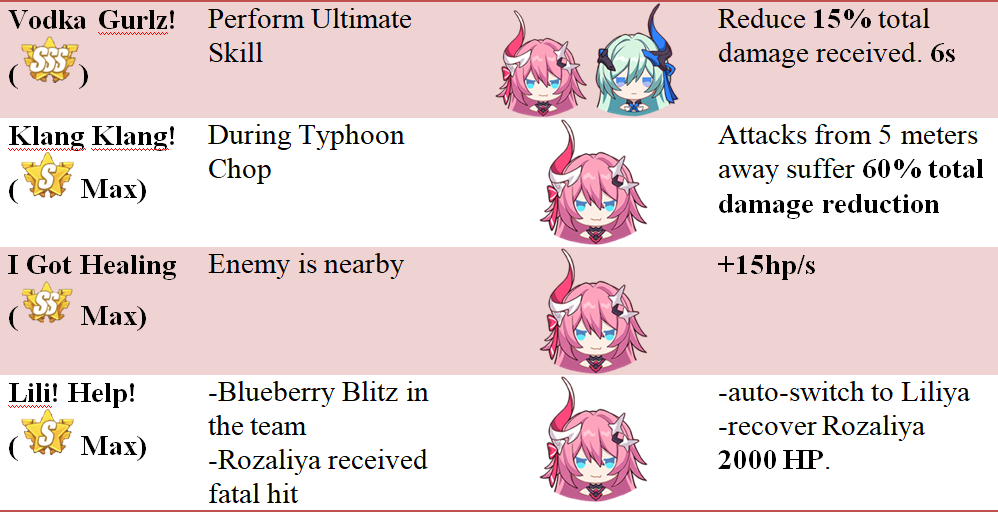 There are some big changes on Rozaliya in V3.2. Overall it doesn't give direct buff like increase skill factor. It’s more like changes on Rozaliya’s play style which makes her attacks much more fluent than what we experience right now. As a result, the new patch increases Rozaliya’s both DPS and Survivability in an indirect way. 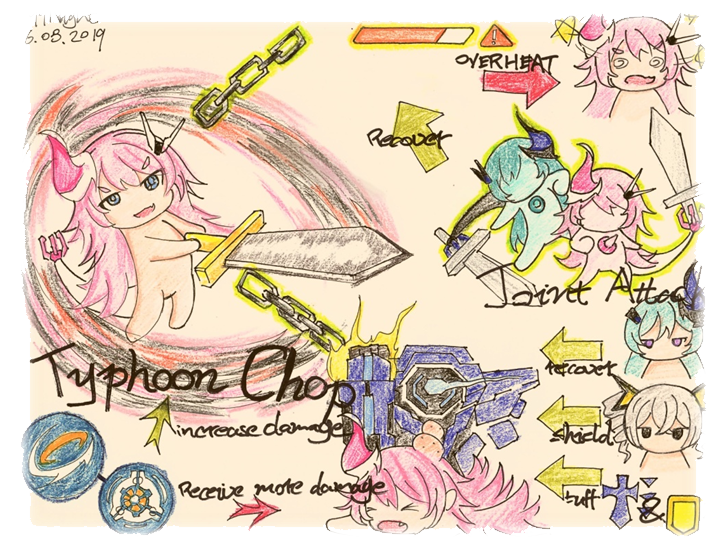 Rozaliya is Psychic type physical DPS and her main skill is Typhoon Chop. From 0 to max Spice, Typhoon Chop and Vodka Finale can do about 6500% physical damage which is a huge number in this game. To balance the damage, Mihoyo introduces two features to restrict the way Rozaliya can perform charged attack.

The first one is the classic design, Spice meter which is located on the bottom of the screen. Because of this feature, Rozaliya can’t do Typhoon Chop as long as she wants. Even though the Spice can be reduced when Rozaliya is not deployed, 16s long natural cool down already makes Rozaliya lose the tile of being main DPS. To compensate this, Mihoyo expands the utility of Joint Attack. “Basic ATK sequences 3, 4, and 5 lower Spice by 5%, 5%, and 10% respectively”. And doing basic attack can speed up the cool down process by 44%. However, adding an extra move with lower skill factor in the attack cycle actually means delusion of DPS.

The second restriction is the risk of being hit. Rozaliya has to stay in the field for a long time to do damage. However, her movement speed is reduced during the spinning and it makes her hard to avoid the enemies’ attack, especially AOE attack. The missiles attack from Hellfire is not even avoidable unless Rozaliya stops the spinning and perform dodge. By doing so, the counter of “I Kan’t Stop” will be reset and the Spice meter will remain the same. Even though Rozaliya can still perform charged attack again after dodge, she needs to build up the stacks of “I Kan’t Stop” again while the spice meter doesn’t allow her to build the stacks go up to the max. So interruption on the spinning is not only a matter of losing HP but also losing tons of DPS.

In the situation that Rozaliya is spinning inside of a group of enemies, it’s really challenging to avoid being hit and doing frequent damage at the same time. Shifting away from the enemies means fewer enemies got hit. In addition, to make things more risky, Typhoon chop makes Rozaliya suffer more damage over time.

Fortunately, Mihoyo provides some built-in skills to help Rozaliya survive in the battle. [Klan Klan] gives 60% reduction on ranged attack. Ultimate evasion can generate a shield to absorb damage and increase critical rate (Rank SS skill). “Lili Help” can even save Rozaliya from fatal attack and recover 2000 HP for her. DK, as a main member in Rozaliya’s team, the shield she provides not only buffs melee attack but also gives tolerance of being hit and lowers enemies’ attack at the same time. 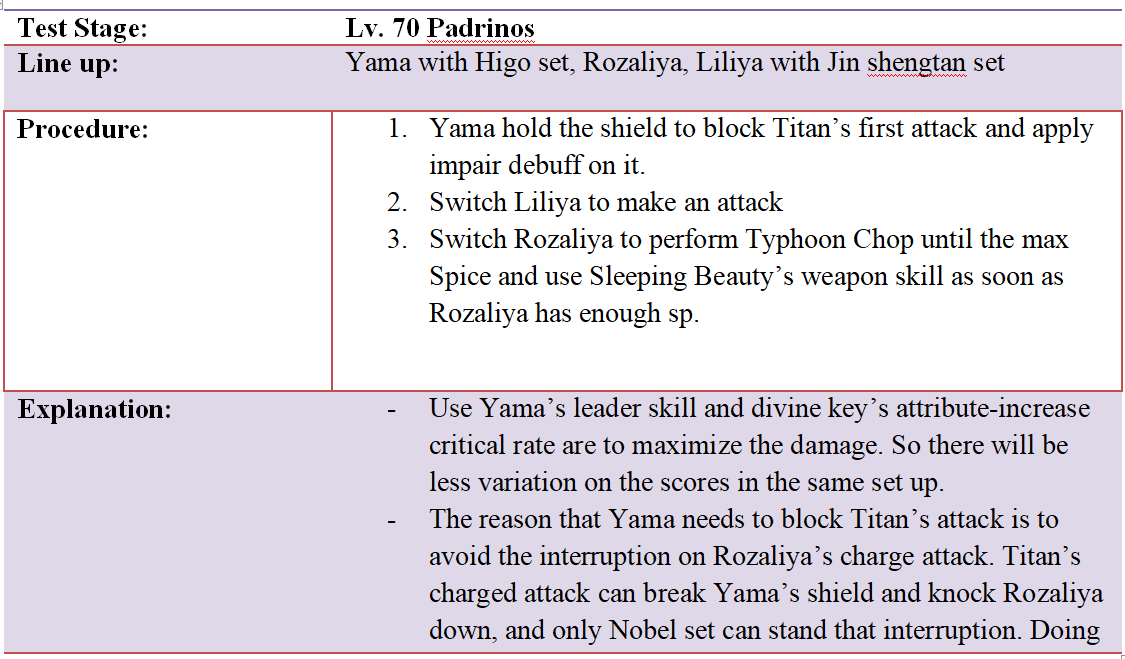 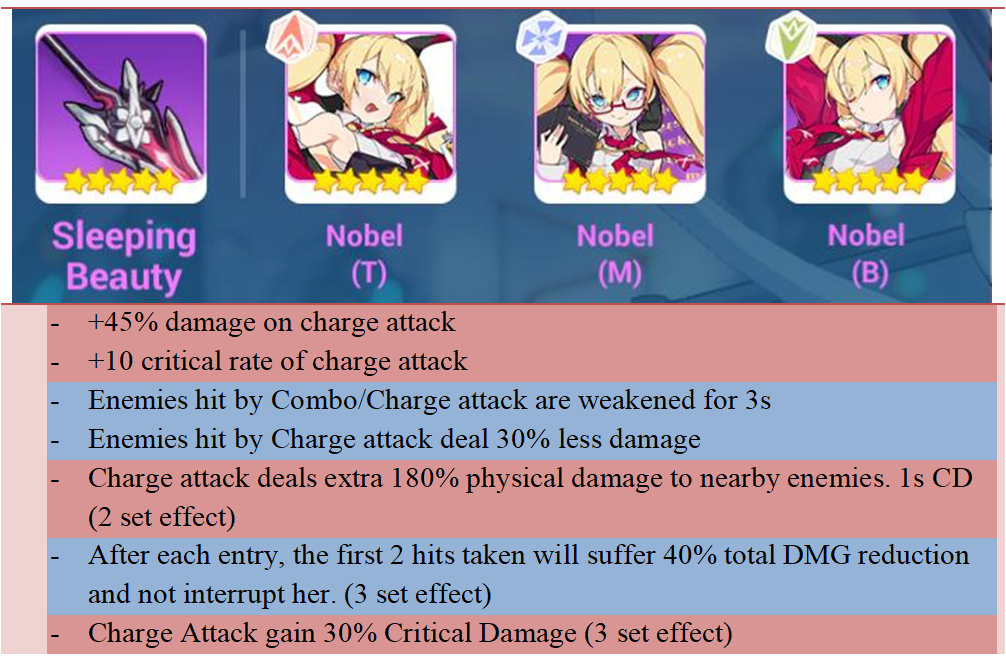 Overall it’s still a toy for whale. Not recommended for players who don’t have much to invest on. 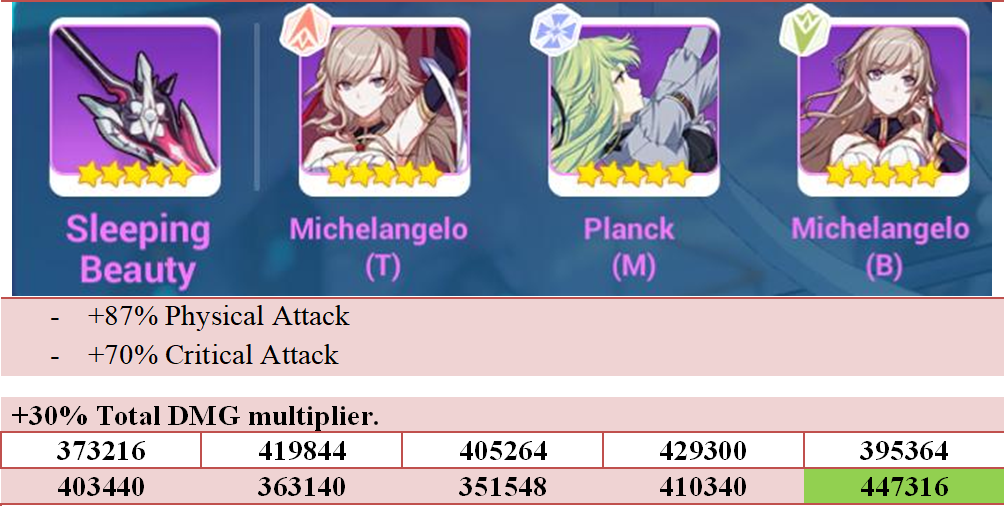 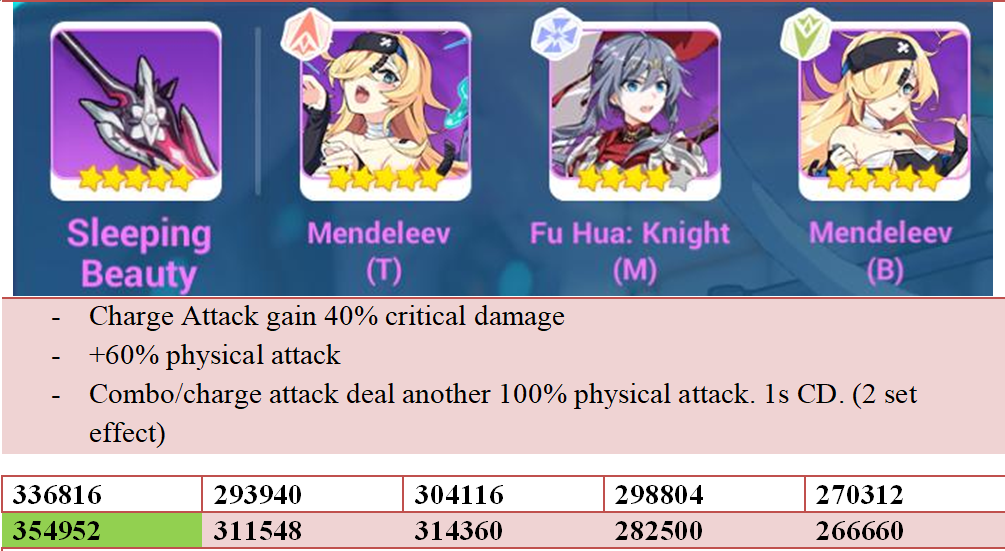 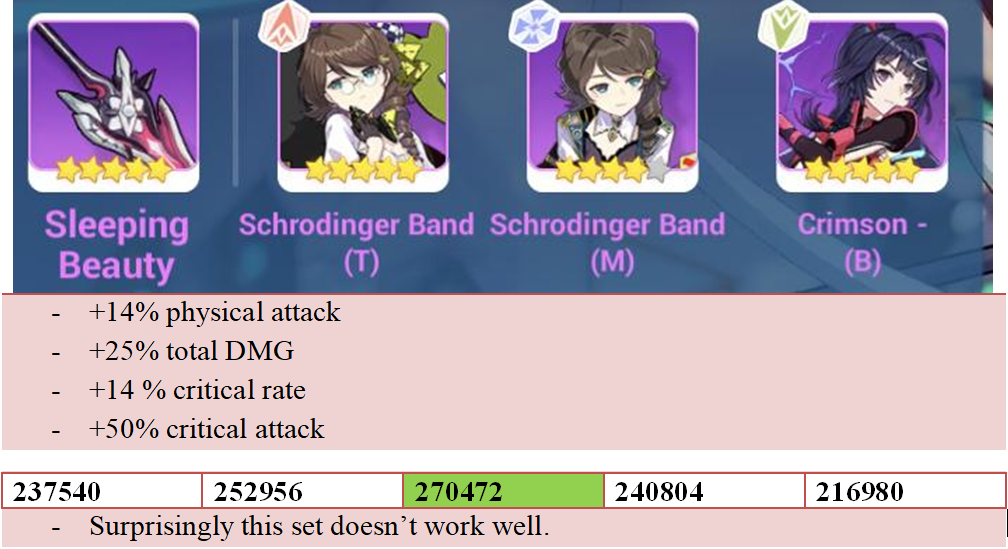 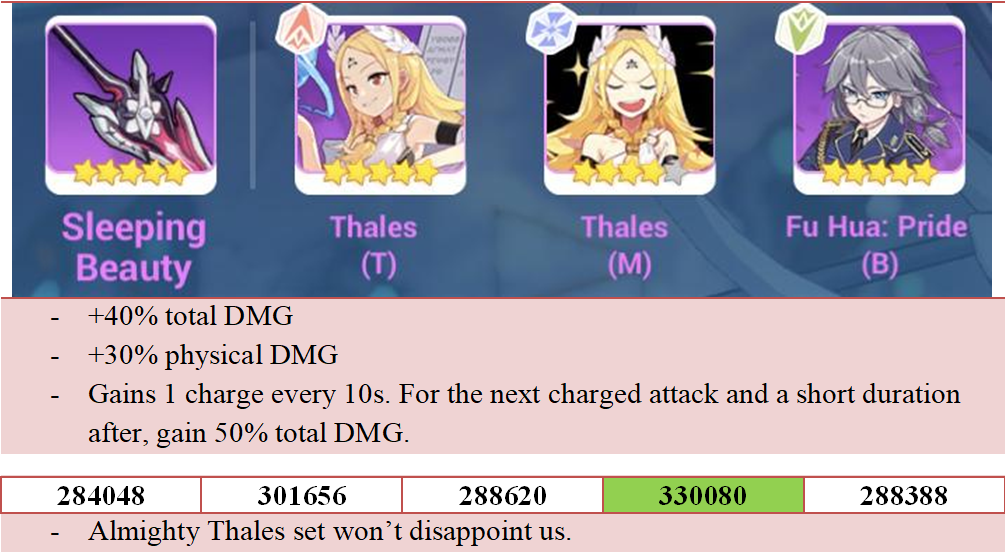 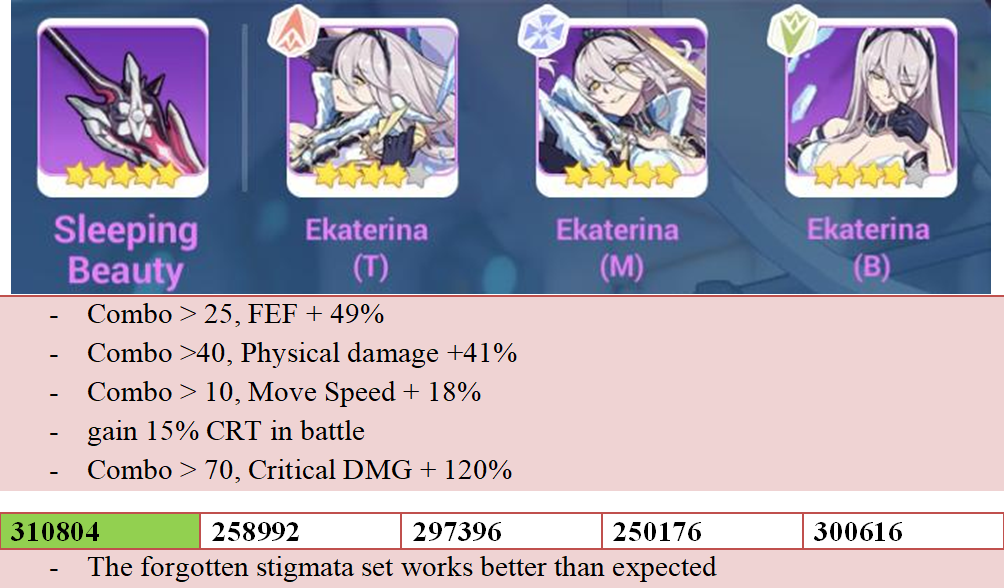 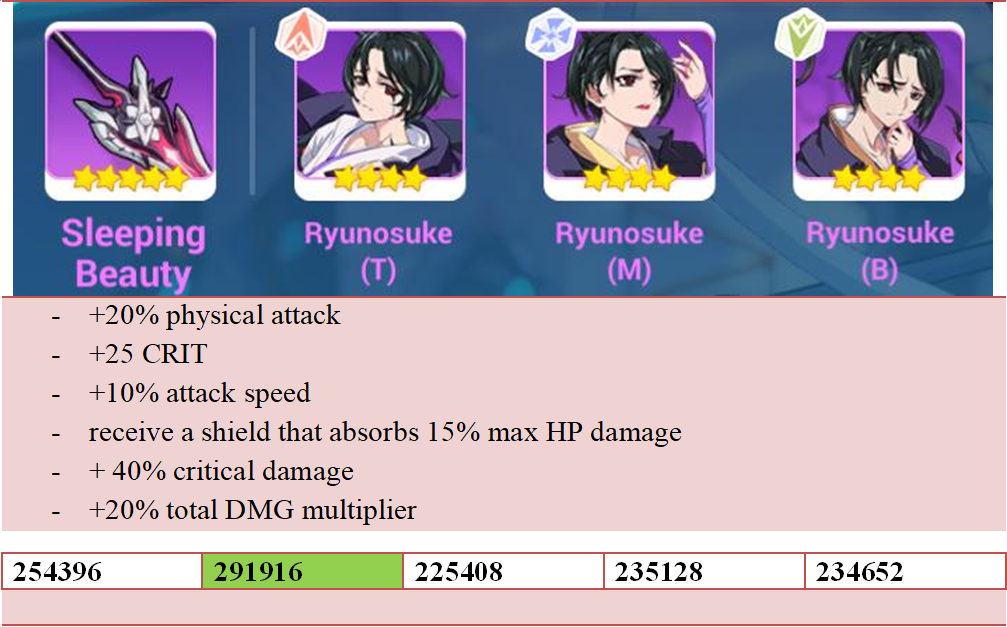 Rozaliya is not a MA oriented type Valkyrie. Her lineup can make some good scores, but not stunning. On every boss she can fight with, other Valkyrie can do better than her. The best thing of her lineup is her team doesn’t occupy popular Valkyrie like CH. Her MA strategy is straightforward and simple, and it’s easy to have good score without many trails.

Procedure: tap the attack button to make DK apply Weaken debuff on the boss →DK blocks the boss’s attack to trigger time fracture →switch Liliya to perform an attack (apply buff/debuff) →use Swan Lake’s weapon skill (use dodge to cancel the swing) →use Rozaliya’s QTE (most of the boss’s shield is broken here) →hold the attack button to keep Rozaliya performing Typhoon Chop →when the Spice is closed to the max, release attack bottom to perform Vodka finale (make sure it’s the critical hit)

Rozaliya needs many support type stigmata on DK and Liliya to have the good performance. Otherwise, one run of spinning can’t finish the boss. The score will be a big step down if another round of spinning has to be applied.

There is not much big difference on strategy and set up between MA and Dirac Sea. Only one step is added. Liliya need to perform ultimate skill before using Swan Lake’s active skill.  Both DK and Liliya can use Bronya: Sloth (B) here to take advantage of low sp cost of ultimate skill, and Liliya’s best support set will be Tesla Band (T), Beethoven (M) & (B).

In my first impression, Rozaliya is like Berserk role in other games. She can do a large amount of damage, but at the same time, she is vulnerable on enemies’ attack.

Probably many players don’t really feel Rozaliya can do much damage. There are two reasons. Firstly, the mechanics of this game doesn’t favor to the DPS who stay in the field for a long time. Stacking buffs/ debuffs and burst the damage in couple seconds are the main stream of strategy nowadays. Rozaliya’s 9s long charged attack doesn’t allow her fully use the buffs from the teammates.

The second reason is the game’s design doesn’t allow Rozaliya to be strong. In Beta, the skill factor of her charged attack was 160% and 110% per hit in V1 and V2 respectively. She could hit some high scores in MA just by spinning along at that time. As we know, this game is APRG, and Rozaliya’s spin to win play style is opposed to the genre of the game when she is too powerful. And after Rozaliya’s official release, her charged attack is even go down to 90% per hit. So it will be 700% damage lost in her 9s long charged attack. Personally I understand the reduction of the skill factor, but I would like to suggest expanding Rozaliya’s play style. For example, Vodka Finale adds less Spice, so abusing this skill will be another strategy to play since it belongs to normal charge attack. And make Rozaliya’s teammates being able to reduce the spice, and Liliya just can reduce more amount.

Overall, Rozaliya is not a character that players must have to do better on ranking. However, her fragment is farmable and her damage is not heavily relying on exclusive weapon and stigmata, it’s still nice to have her. 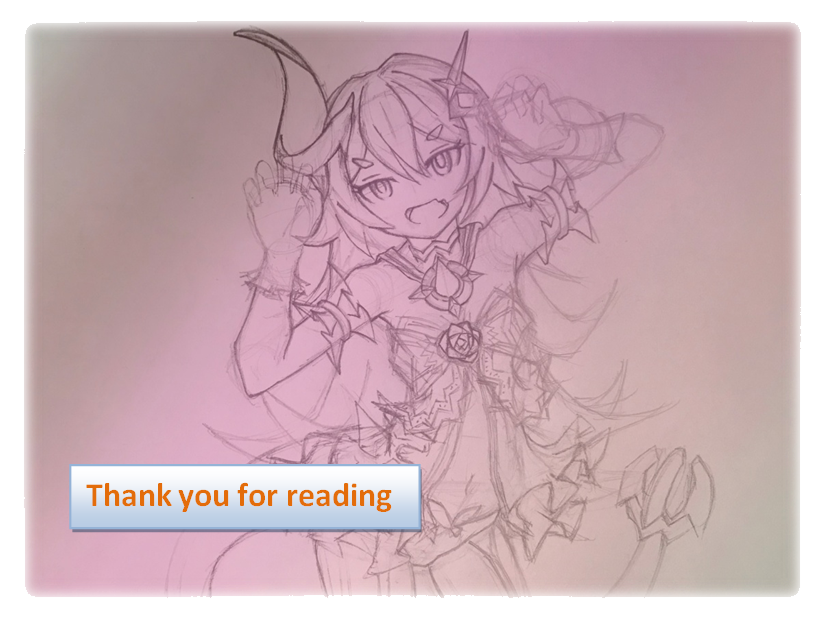