Fallen Rosemary is an S-rank quantum semi-dps support type Valkyrie. She is the latest addition to the hybrid support-DPS valkyrie series. She's a Quantum type Valkyrie that specialized to do one thing only, ascending lightning DMG into the broken tier or one could also say, a support that was made to solidifies HoT's dominance. As she is really gorgeous to look at, her main attraction is not only her looks that can shake any man's deepest desire but her supporting ability while putting out a considerable amount of damage as well is what made her a solid choice for anyone who wants to maximize their lightning DMG dps potential. Insane sp regen while on stand-by, gather, tons of TF, reducing enemy's CC tolerance, paralyze, and excellent team synergies are just some of the factors that made her into one of the best semi-dps support characters. In short, FR is an excellent semi-dps support Valkyrie that specialized in supporting lightning DMG while dealing with a considerable amount of dmg by herself as well. 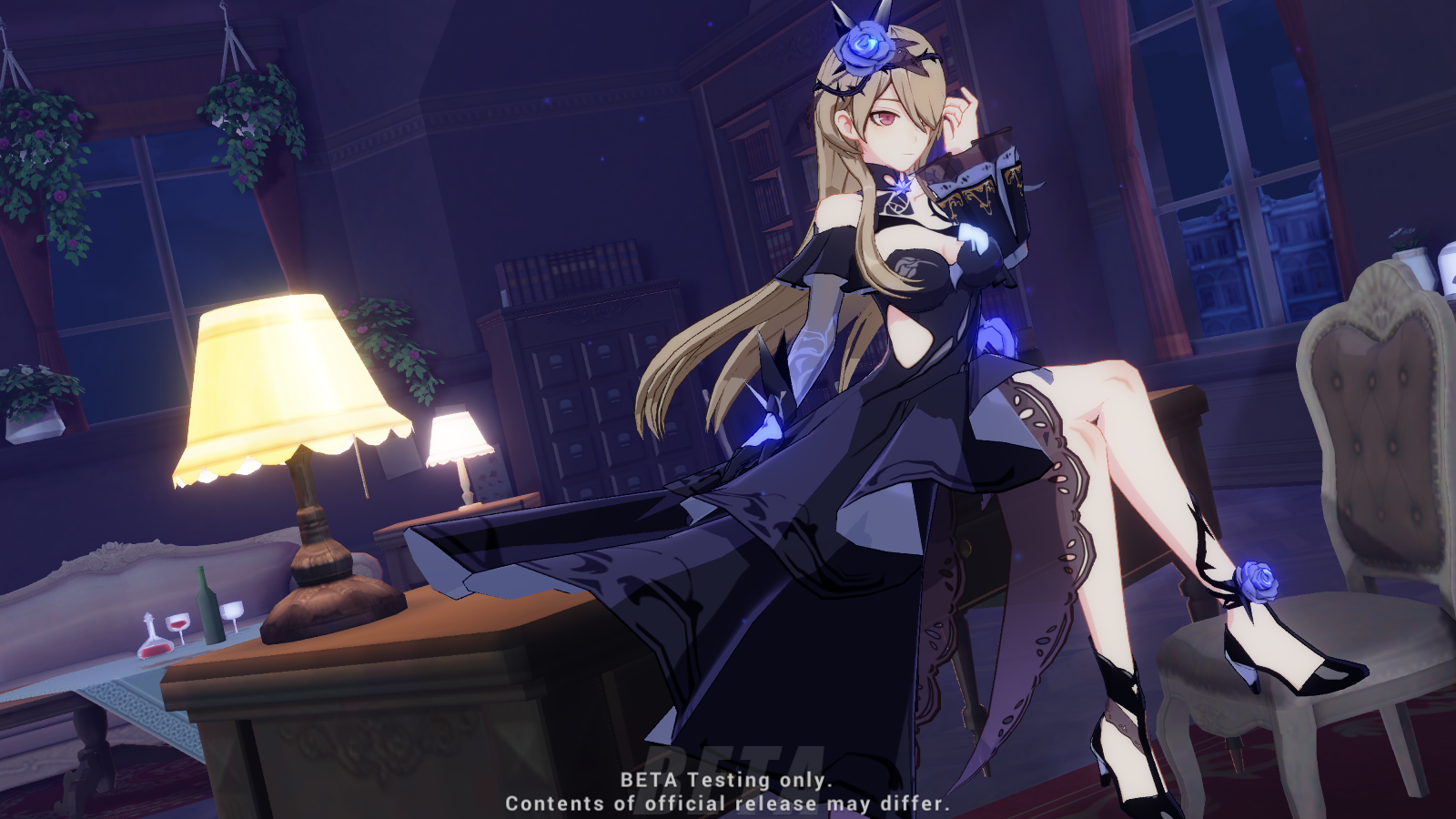 Unleashing the trickster god himself, Loki, from the shackles of the lantern. The total time casting of her ultimate is 9 seconds. Yes, I know that may be bad if you're taking a look at it as a dps. However, for support, that's actually a good thing as there's enough time frame to cast buffs and debuffs from the other supporting Valkyrie, such as AE's ultimate. Also, by the time Loki dropped his lightning bolt, there should be enough time to unleash a single strike from your main dps Valkyrie. Thus, creating a powerful nuke to deplete enemy's HP in a single moment.

This AOE ultimate deals 1200% ATK of lightning DMG and triggers 1 sec of TF. Also, she can inflict Quantum Collapse with this ultimate

After Strix is summoned, evasion can be chained into 4th seq basic attack to summon Linnorm.

Hot tip: After landing QTE, immediately evade to summon Strix (OwL). Then do 4th seq. of basic ATK to summon Linnorm (Serpent). While the animation of the serpent is still there, hold the [ATK] button to cast God Devourer immediately. By far, this is the most efficient way to get every rune to buff FR's ultimate.

FR is the pinnacle of lightning support that could deal a significant amount of DMG as well. To maximize her supporting ability and her own damage, it is necessary to give her the best gear possible. The classic combination of TDM and elemental DMG should provide plenty of buff to her own DPS. Also, her own signature set didn't forget her role as support as well. Irene Adler has an overall elemental supporting ability of 161%. Which is 126.50% that is refreshable but not stackable and 12% that is always readily available.

After trying FR by changing her equipment with various other supporting gears, I think Iris of the Dreams is something that is indispensable for both her own dps and team's as well. By using the active she enters Valfreyja mode immediately and made the enemies take 50% bonus lightning DMG from the Ormr Rune's lightning DMG. This particular scythe also boosted the team's TDM by 15 % towards enemies that are affected by the stain of Trickery. Losing these multipliers means losing quite a significant amount of dps and that could lead to a lower abyss or memorial arena score. Also, the active of Iris is 0-sec cast animation on the FR which means we can immediately switch in other support to cast buffs and debuffs on the enemies. Hence, a better timing to land a nuke in a single moment.

In conclusion, Irene Adler and Iris is the top-recommended build for FR as it has the property of boosting her own dps and supporting ability. It has the right mix of TDM, Elemental DMG dealt, and Elemental DMG taken. However, fear not as everything is available for you without pulling anything from gacha. Just needs a ton of material.

Out of the three options I listed above. The most sensible one is probably JST full set as it provides a longer duration for the buff compared to the two other options. However, that doesn't mean that both JST TM Newton B and Ogier T Mei: Beach Party M Newton are obsolete. We have to remember that FR's ultimate has ~9 second total cast time which means there will be enough time to delay the proc of JST TM, Mei M, and Newton B. which means that we can create a small time frame to allow our main dps to nuke the enemy.

Fallen Rosemary is a Lightning Quantum Type Valkyrie that is a hybrid between a sub dps and support. She is specialized support that will be a perfect addition to any lightning team that plays in the abyss. FR also has the right amount of Lightning DMG supporting abilities while not forgetting her own damage output as well. Ultimately, FR is a solid addition for those who wanted to dominate their game content with the lightning team.

I have included a video to demonstrate FR's supporting ability and team synergize in the coming exalted abyss.

I hope you find this article helpful in any kind of way. To those of you who are still debating whether to get her signature gears or not, fear not as it is obtainable in many kinds of ways without doing any gacha. That includes FR herself, you can procure her from exchanging her card with ancient willpower and ancient heritage.

Thank you very much.