“It appears to be the embodiment of [grace] and [mystery], enchanting every living being with every move like its current master. Those who have had the privilege of glimpsing its true form fall for its beauty, yet they do not its ruthless metonym lost in the era of mythology: Lady of the Fallen.”

Iris of the Dreams are the only new weapon (excluding PRI-ARMs Surtr and An-Utu because they are not new, but improvised) that will be released in version 4.2. It is designed specifically for the Valkyrie released in the same patch – Fallen Rosemary.

Active Skill - Lady of the Fallen

Passive Skill – Scent of the Dead

Bonus that will be received by Fallen Rosemary: 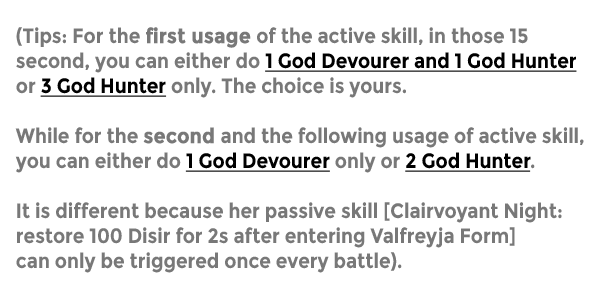 To fully utilize the weapon's active and passive skills, I recommend using this strat:

GIF file are originally 1 files to show the sequence of the moves but because the files is too big, it need to be separated into 3 smaller GIF. Sorry for the inconvenience and confusion.

No argument needed, Iris of the Dreams are definitely crafted for FR. Even the first word of the weapon's active skill was ‘Fallen Rosemary'.
The only battlesuit that can fully take advantage of this weapon's kit are FR. Both Active and Passive skill were pointed toward her.

NOT RECOMMENDED at all toward any others scythe-user including Phantom Iron whom actually even if being equipped with IOTD, does NOT have that much effect.  The only skills that PI can take a bit of advantage from this weapon were the passive skill where wielder's Charged ATK and Ultimate deals 15% bonus Lightning DMG.

But if you equipped IOTD to any scythe-user other than FR only for its basic stat [ATK + CRT], then use it on your own risk as the basic stat for most of the Gacha-only scythe was almost the same.

In term of offensive(damage output), IOTD were almost on the same level as others scythe such as Aphrodite and Genome Reaper, but in term of support, clearly we can see that IOTD surpass others: 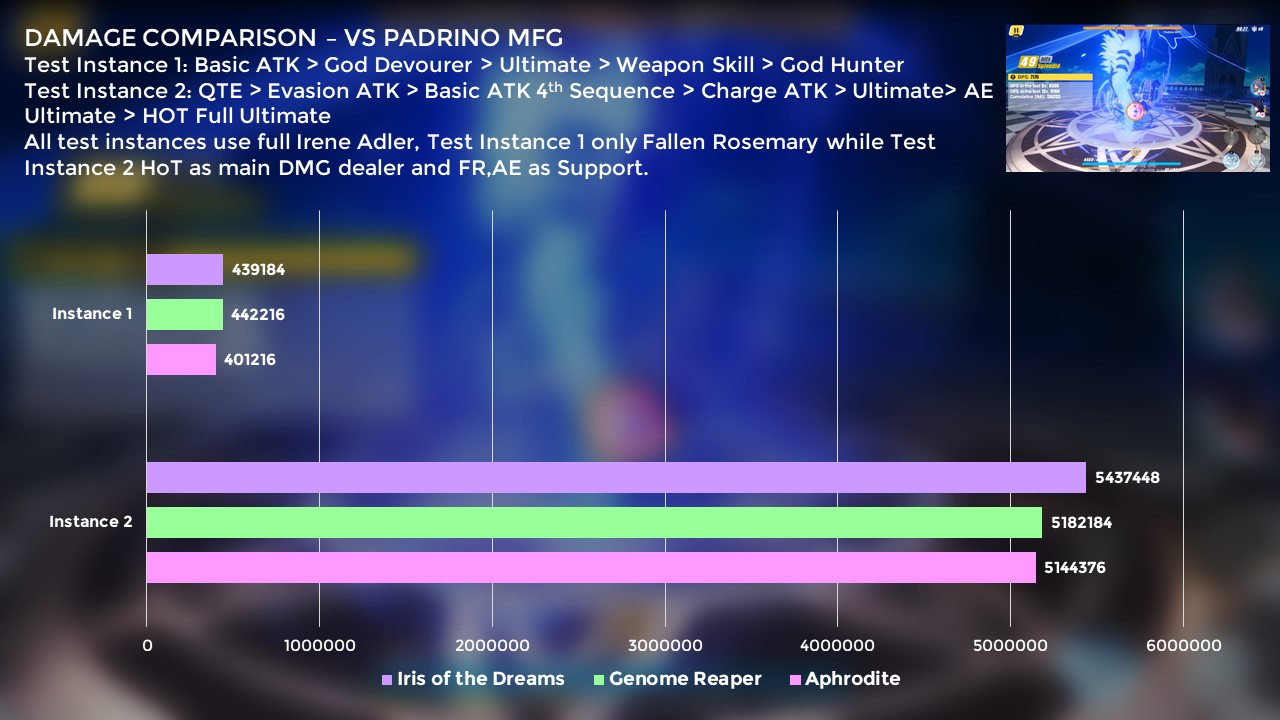 First of all, the only place where you can get Iris of the Dreams is at the Rosemary Garden (Can be accessed by BP Elite Works).

Weapon Resonance on the left   |   Reson-Convert on the right 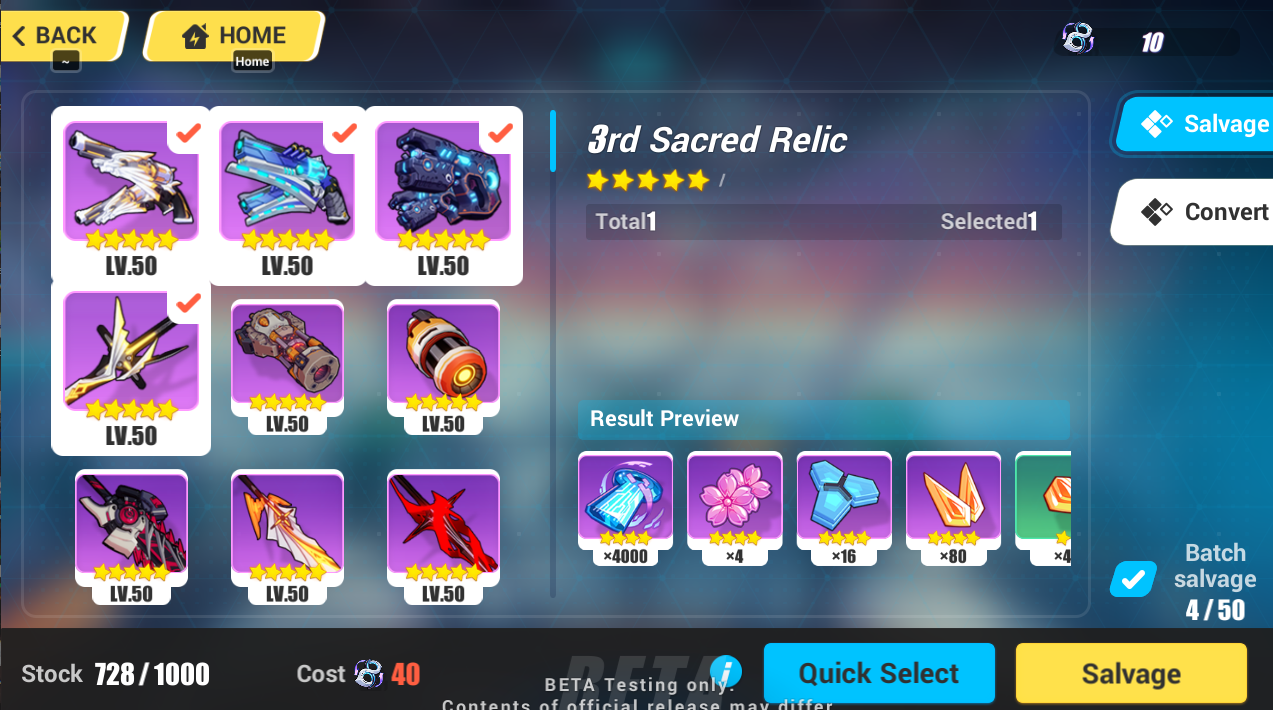 Next is the upgrade, after purchasing it, the weapon will be Level 10 automatically. And to upgrade it to full 5⭐, you will need the following materials.

In conclusion, the formula to obtain and max out Iris of the Dreams, you will need:

In case you are in dilemma whether you want to get Iris of the Dreams or not, please think carefully as what function are you getting Fallen Rosemary for. As all know by now, FR can be used as both offensive and supportive if being equipped with the right weapon and stigmatas. If you are getting FR for Support, then clearly you should try and get Iris of the Dreams from the store.

But if you are getting FR for a Damage Dealer, then you can save your resources from buying this weapon and use PRI-ARM Skadi of Thrymheim for FR. 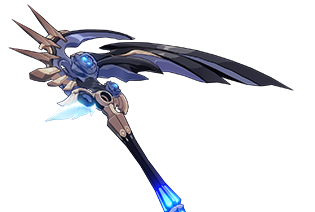 That is all! Thank you for reading!