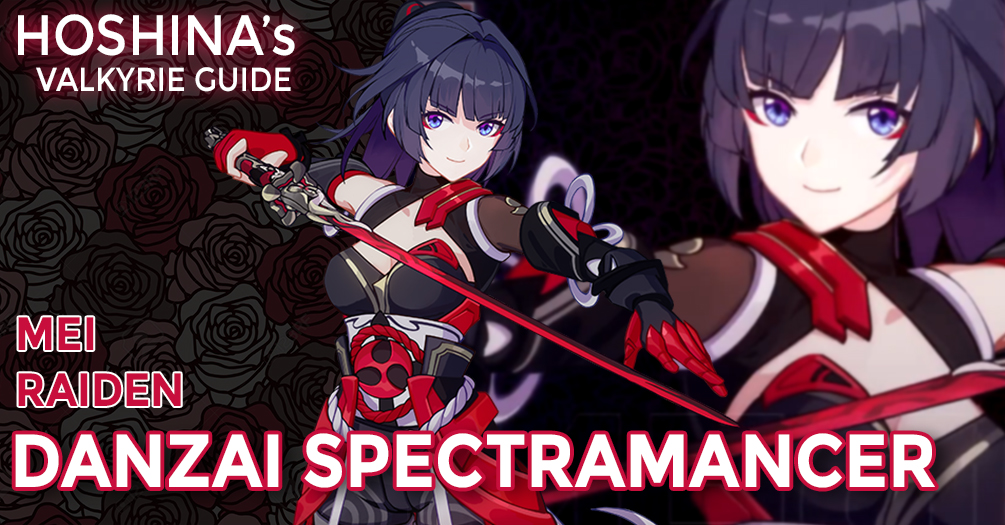 Opinion on the battlesuit:

(Valkyries are based on SSS-rank Lvl.80, with 6⭐ Augment Core)

Triggered by Time Slowed or Impaired enemies to deal 800% ATK of Physical DMG and inflict Sword Scar on enemies.

Attack enemies continuously and summon Bunshin Specters to fight together.

Ultimate Evasion Skill can be triggered 1 more time(s) and the CD is reduced by 1.5s.

Please keep in mind that this signature equipment will NOT be released in version 4.2. The reason is unknown to us Captain, and high probably will be released in the future version. Changes may apply to the stats as well.

Nue of the Shadow
Active Skill – Zaizan of Guilt
[SP: 4][CD: 20s] Unleash a quick forward slash to deal 700% ATK of Physical DMG and boost team Crit Rate by 10% and Crit DMG by 15% for 9s. Effect cannot stack, but can be refreshed by Shadow Dash's Ultimate on hit when this weapon is equipped by her.
Passive Skill – Fearsome Weeping
Combo ATK and Ultimate deal 25% bonus Crit DMG. Upon entry or evasion skill activation, wielder take 20% less Physical DMG for 9s. Can stack.

Following are the sets for Captains who want to make DS as the secondary Damage Dealer (offensive) in the team. It will make the battlesuit have steady and continuous DPS output.

If Captain is a new player or F2P, Jizo Mitama is probably the best weapon that was on possession that can be equipped by DS. The active skill will summon Jizo Mitama to aid in the battle for 40s. Jizo Mitama then will deals Physical DMG equal to 300% of ATK to enemies within a large area and knocks them airborne. While the enemies are airborne, the weapon's passive skill will kick in where the wielder's attack against enemies knocked airborne gain 32% Total DMG Multiplier.

Following are the sets for Captains who want to make DS as the Support in a team.

Unlock basic skills such as QTE, character moves and a few new modes.

Unlock the key skill [Haze of Oborokage], and the support skills will change qualitatively. She can now inflict damage from the background.

While the character is in the background, she can slowly restore SP, all skills were raised to full level, and the output capacity is slightly improved. 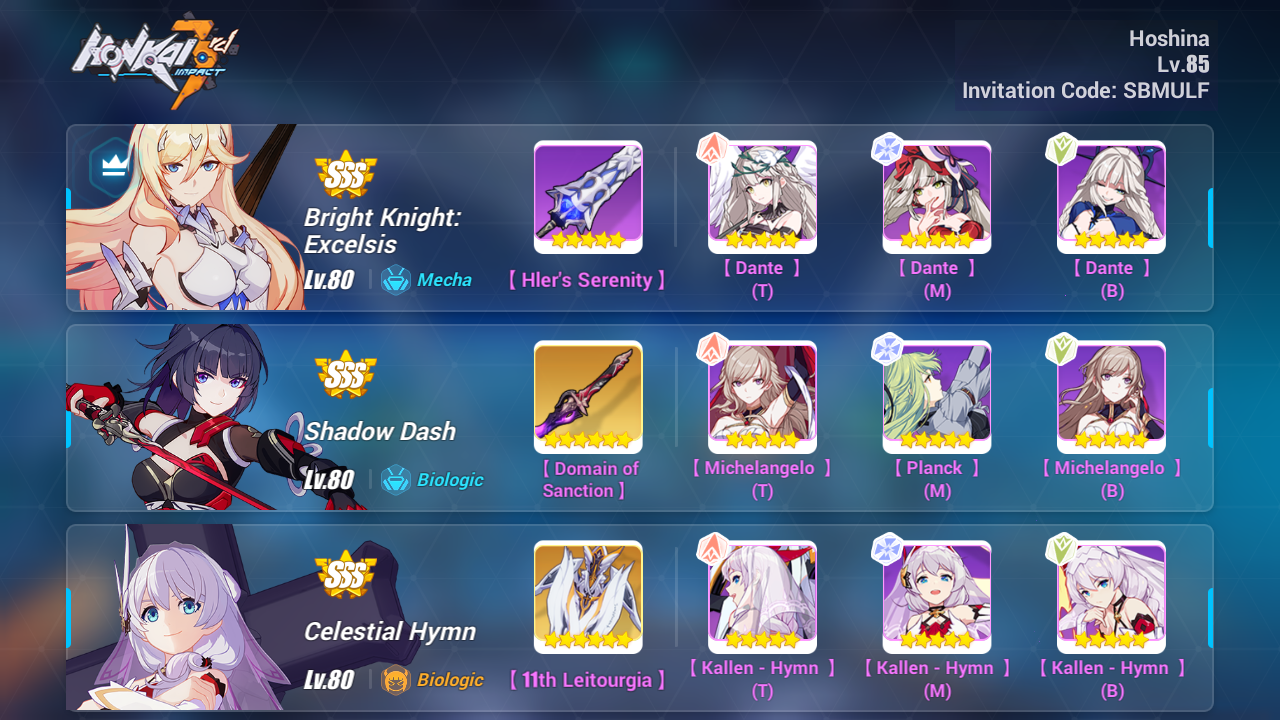 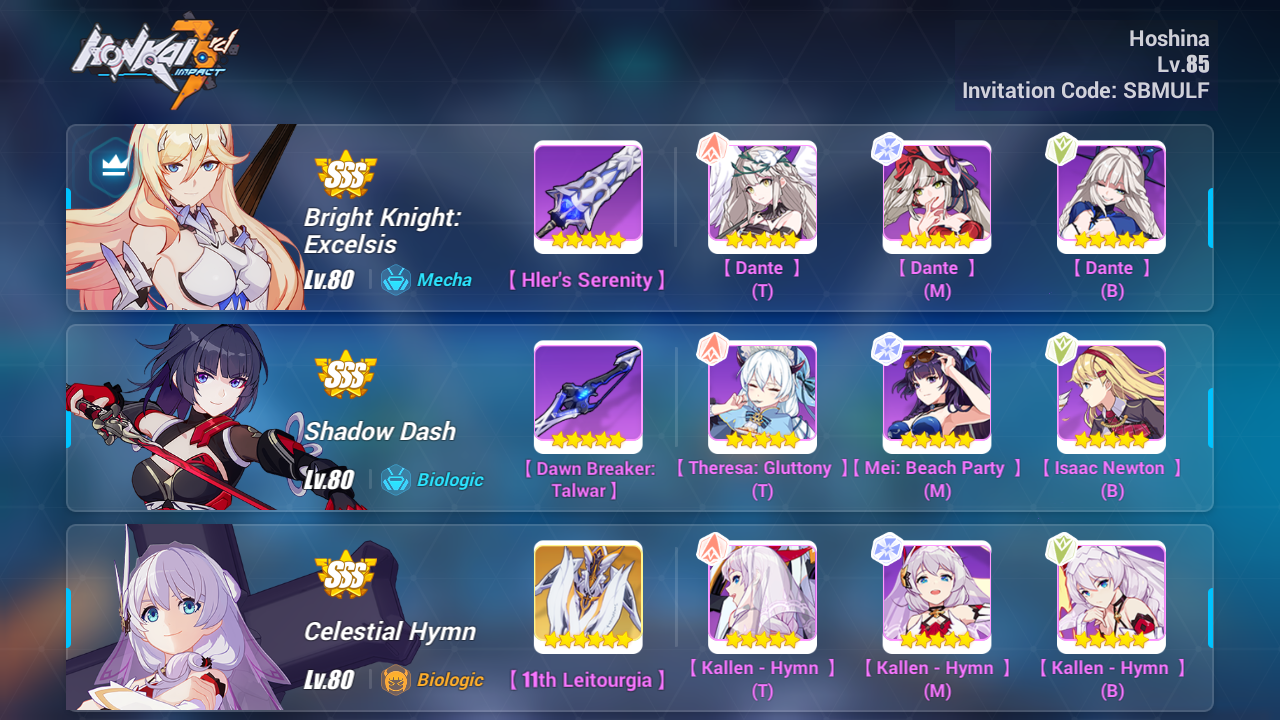 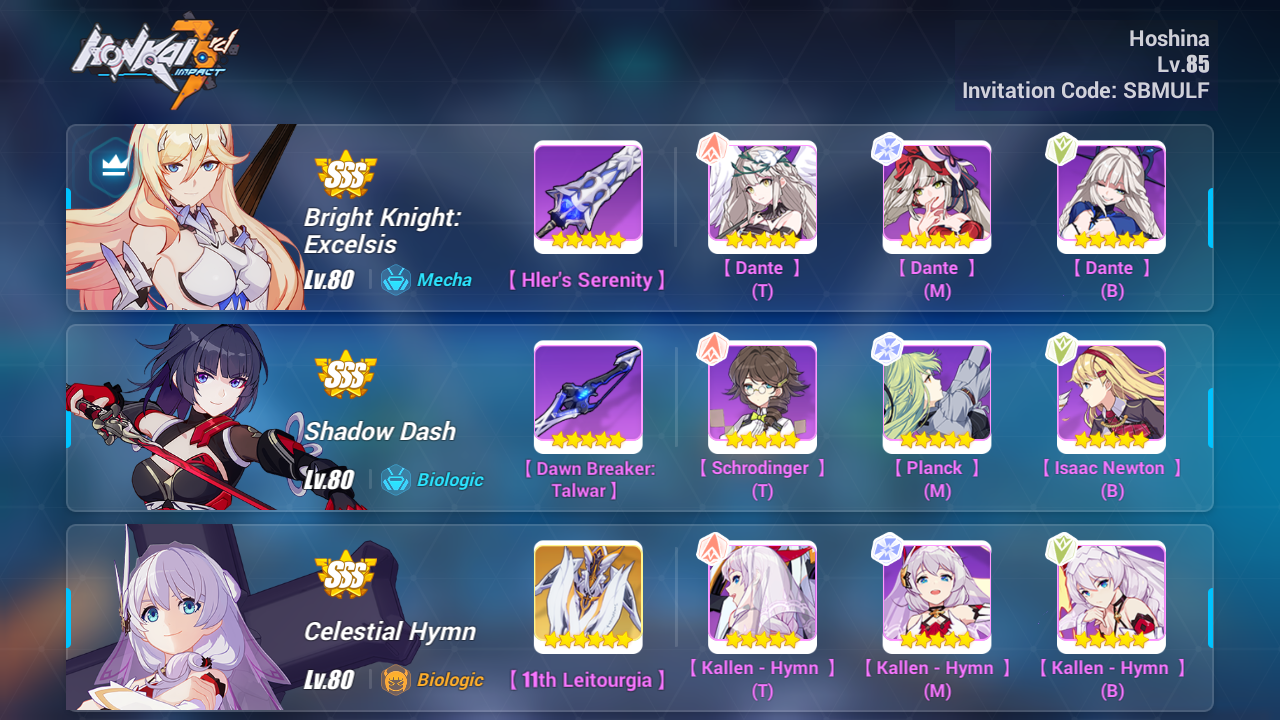 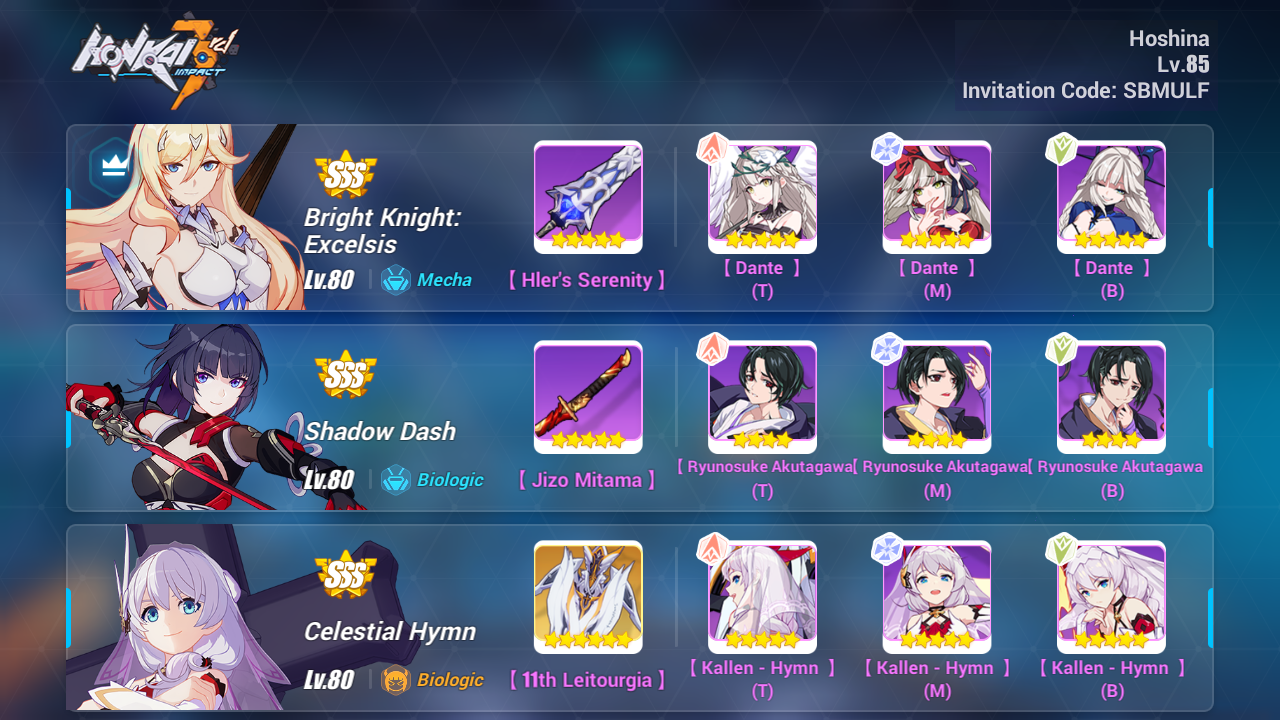 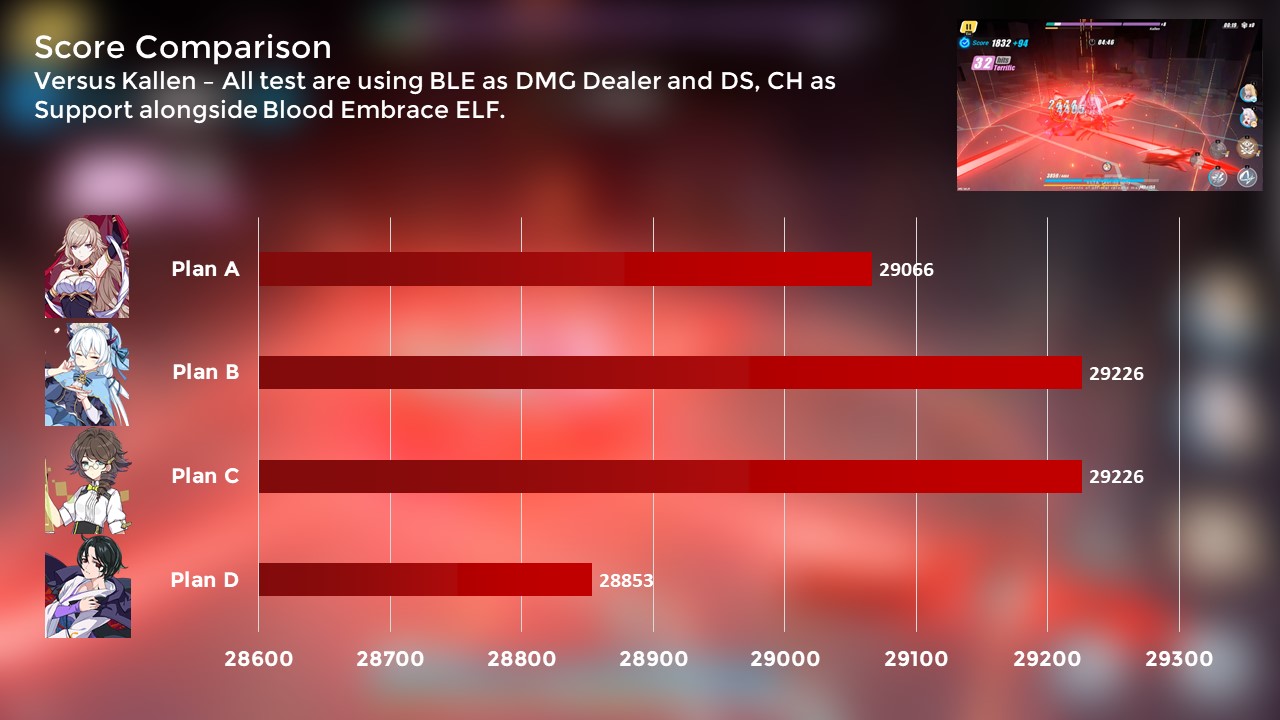 Following are the video examples of few brave souls who use DS as main damage dealer in the team and succeed:

If Captain did not realize by now, let me explain it briefly. While Danzai Spectramancer looks stable on both offensive and supportive, without her signature equipment (Nue of the Shadow and Liebig set) the amount of buff support for the team is not that many. Even with complete set of her signature equipment, she still cannot defeat the support queens Celestial Hymn and Starlit Astrologos.

With that being said, she is more suitable to being secondary damage dealer (or main damage dealer if being equipped with the right equipment) with a few support ability. If by any chance, Captain does not have either CH or SA (or even Drive Kometa) then, DS will do the trick and cover any possible weakness in your Physical Team either by delivering damage or being supportive. 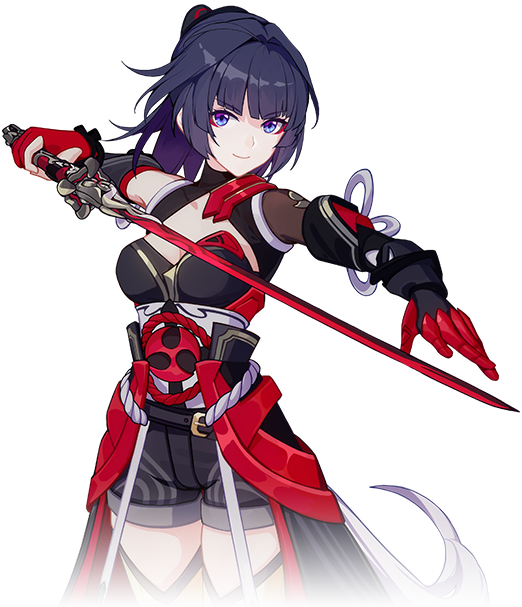