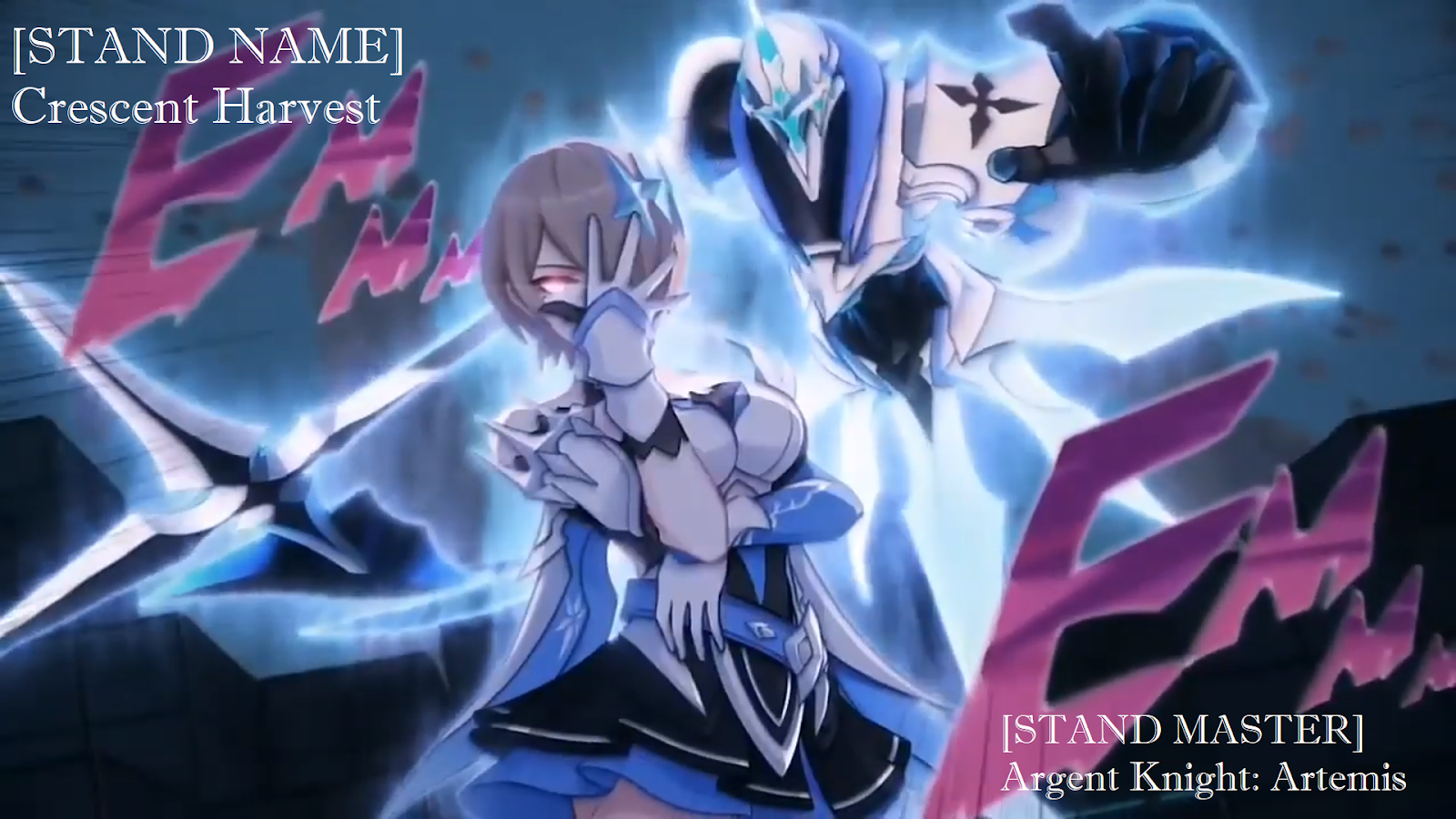 Where to play her

General
Rita's S rank battlesuit Argent Knight: Artemis, aka AK or Ice Rita, is a BIO-type Elemental DPS valkyrie. While she isn't very "meta". She has a unique play style that is sure to give Captains a good time for enlisting her to battle.

Her playstyle is to apply two stacks of Hypothermia and releasing the two stacks with a charged attack to deal a burst amount of Ice DMG. She enjoys dealing more ice DMG when her Stand Crescent Harvest is out, particularly during her ultimate.

Suggested Equipment
AK doesn't have many choices given the amount of available gear that works for her unique style. It's recommended for her to use her signature gear of Skadi Ondurgud and Robert Peary Set. Or at the very least, Robert Peary TM.

Other weapons that she can use, while highly not recommended, are Gene Reaper and Carmine Steel. 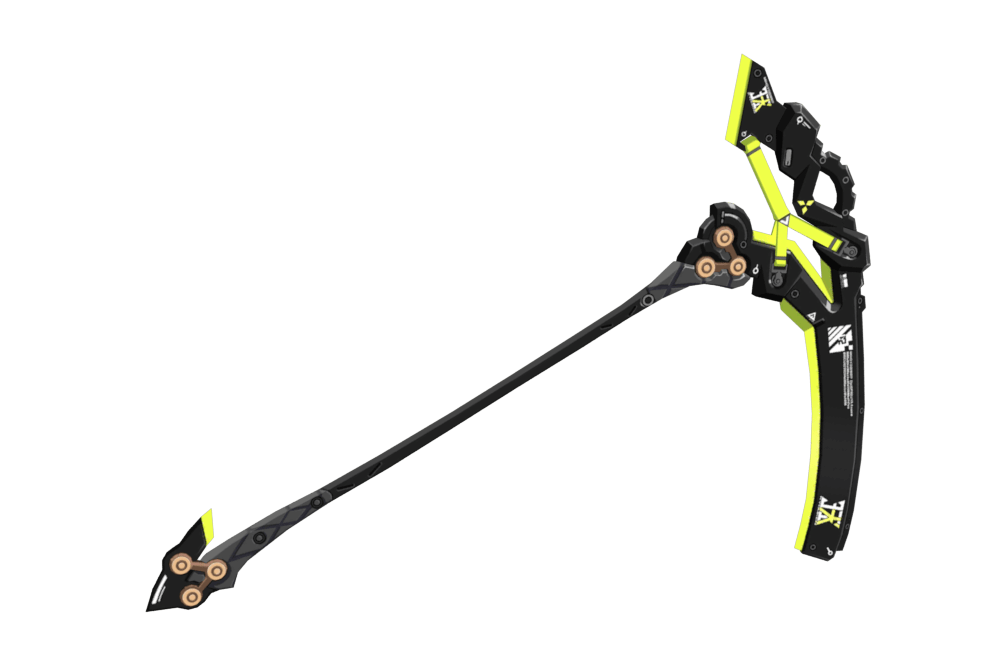 These two increases her dmg, but not enough when compared to Skadi Ondurgud.

Other Stigmatas she can utilize are:

Nohime Full-Set: Increases her Ice DMG. Addition HP paired with her DMG reduction puts her through most situations.

Schrodinger Band B helps gain SP more to use her Ultimate more often. Shakespeare B and Newton B both increases her DMG output.

Suggested Valkyries:
There are some various Valkyries that can help AK shine more:
Wolf's Dawn

A support who starts to shine starting at ss rank. Her passive barrier that she provides for her team can provide up to +30% Elemental DMG while it's up.

Has built-in freezing skills that can support. Most important support skill is the Merciless Pursuit skill that gives your team +30% Ice DMG against move slow/ atk slow/ frozen enemies.

Her built-in leader skill provides AK with more Elemental DMG and bonus SP. The SP allows her reach to her ultimate sooner.

Where to play her:
AK can be played in Magma Weather of the Dirac Sea.
The weather increases her Ice DMG further and her built-in tankiness pushes her through the harshness of bleeding.

Designed to fight against a lot of Mobs, AK is the leader here. However, VR sets up the fight with her ultimate evasion and weapon skill. After rounding up enemies with an ultimate evasion, her gun triggers AK's QTE. Before you go into AL, switch to WD to quick tap for Jin Shengtan's field. Then quickly QTE into AL to deal tons of dmg. Build up enough SP to ult but do not ult yet. Go back to VR to repeat the cycle one more time. The next time you go into AK, ult with all the DMG buffs set up to unleash tons of ice DMG.

In Memorial Arena, she can be a rather good niche pick against the HoV herself.

Leading off with SK for the leader skill, use Tai Grips weapon skill to invoke time slow. This triggers SF's QTE to paralyze GK which in turn triggers AK's QTE. QTE into SF, use Blood Dance to make HoV take more Elemental DMG, and then QTE into AK. With the QTE, AK can proceed to hack at HoV with already 1 stack of Hypothermia applied on her. Just continue to deal dmg (and gain enough SP to ult) until you can release the two stacks of Hypothermia. Immediately switch into SK to repeat the cycle one more time. Once you go back to AK, use her Ult immediately to summon Crescent Harvest kill her fast. Avoid using the 10-SP Lunar Burst ultimate skill for that will end your ultimate. With enough DMG, HoV will fall.

You've reached the end of this guide regarding Rita, the Stand User. Thank you for reading!!