Hey, Captains! Today we are going to be taking a look at the Moon Dragon Set Benares: Awakening introduced in version 4.1. Benares: Awakening is a stigmata set that provides the host with plenty of Lightning DMG buffs and Total DMG Multipliers. In this guide, we will review the set's functions, which valkyries will enjoy the stigmatas the most, and its place in today's meta. 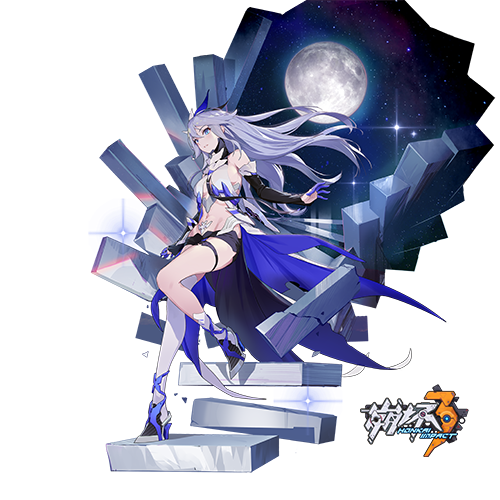 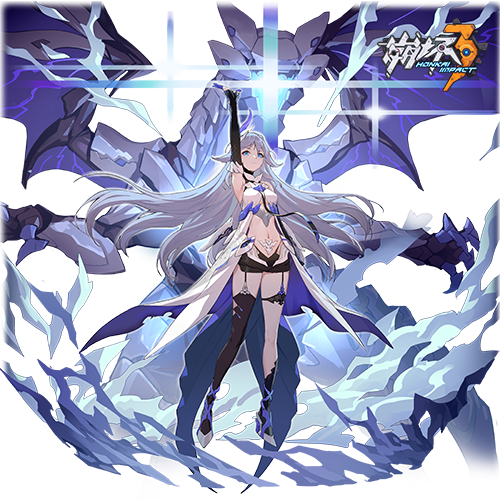 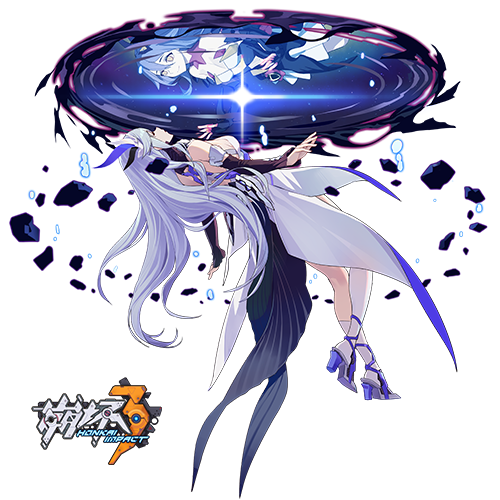 2-pc bonus: Creation of Honkai
Boosts Total DMG by 20.0%. In Herrscher Form, attacks inflict Thunderblitz on enemies for 7s (cannot stack but can be refreshed). Enemies in Thunderblitz take 50.0% ATK of bonus Lightning DMG for each hit. CD: 1s.

Note that “HoT” means “Herrscher of Thunder” in this guide. 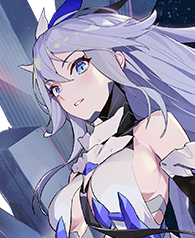 Benares: Awakening (T): Provides Lightning DMG buff and TDM bonuses. It's very straightforward; provides a decent amount of TDM, and a hefty amount of Lightning DMG for Herrschers. This is the most impactful piece of the set. 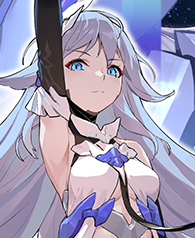 Benares: Awakening (M): Provides Lightning DMG buff and TDM bonuses. Similar to the T piece, the M piece provides a solid good amount of Lightning DMG for the host. And because its moderately long-lasting and  decent TDM bonus is triggered only through entry/wep-skill, it's favors quick rotation playstyles and also encourages weapon skill usage. Due to being easy-to-activate and being the only piece that valkyries apart from Herrscher of Thunder can fully utilize, the M piece is considered 2nd place of the 3 stigs in performance. 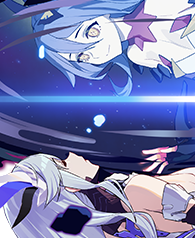 Benares: Awakening (B): Provides Lightning DMG buff and SP regen bonuses. The last piece is the least impressive of the three. It provides a good amount of Lightning DMG buff to the host at all times, and if the host is in Herrscher Mode, they also get some sp regen. While this piece can be used by any Herrscher, only HoT can best use this when it comes to the Lightning DMG buff. The Lightning DMG buff is good and the sp regen is decent. The sp regen has an alright CD timer of 6s, and for HoT, she would enjoy being able to use her expensive 125 sp-cost of an ultimate as soon as possible.

2-pc bonus: Provides TDM bonus and deals Lightning DMG. The 2pc effect provides yet another TDM bonus which ,when stacked with the single pieces' TDM bonuses, gives way to terrifying amounts of DMG unleashed by the host. The TDM bonuses are not bound to only Herrschers and can provide a lot of DMG boost. The 2pc effect also comes with the Thunderblitz status that inflicts Lightning DMG. This effect is okay until the 3pc effect is applied.

3-pc bonus: Provides Lightning DMG buff & intake-debuff, and DMG-protection. The final 3pc effect gives the final Lightning DMG bonuses one last good push and provides the host with some Total DMG protection. And to top it off, the 3pc effect buffs the 2pc effect's Thunderblitz status; enemies will intake some decent amount of more Lightning DMG. While small, the intake debuff is applied apart from the Lightning DMG buff, so the effects do not get as watered down and thus yields a large DMG output. 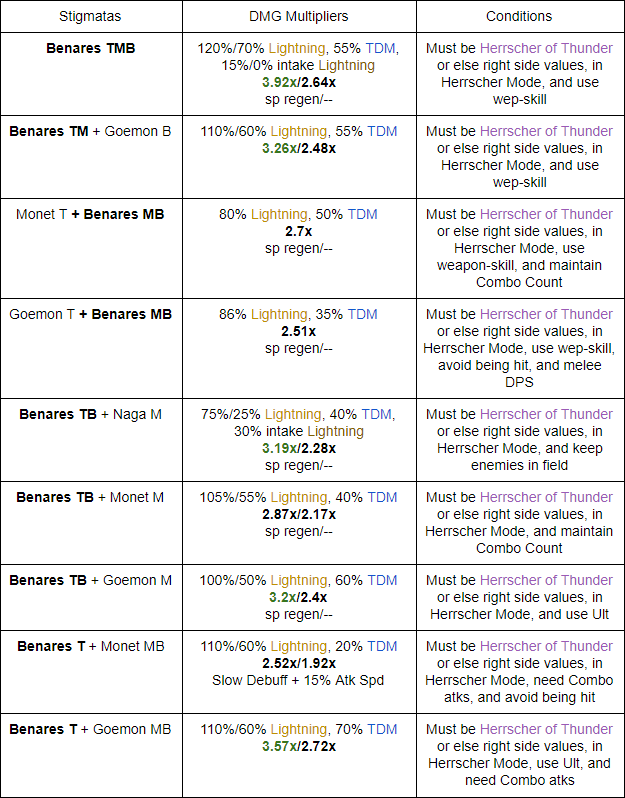 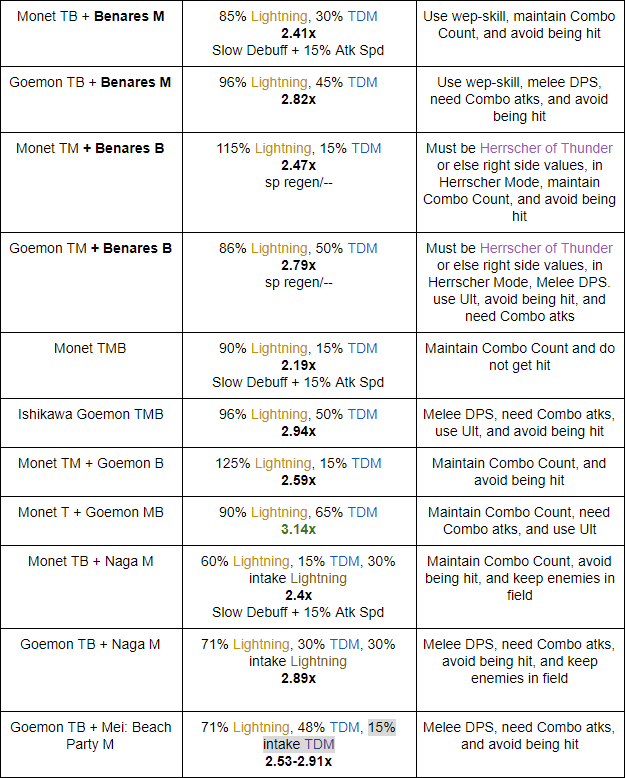 Provided above is a stigmata comparison between gacha Lightning Stigmatas. I have highlighted the final DMG multiplier in green if the output surpasses 3.0x. If values are separated by a “/”, then the left side value only applies to Herrscher of Thunder and the right to other valkyries. Prior to v4.1, Monet T + Goemon MB was the best Lightning Stigmata for all general Lightning Valkyries. And with the release v4.1, you can be rest assured; Monet T + Goemon MB remains the best set for all non-HoT lightning valkyries. However, the Herrscher of Thunder, when equipped with some or all of Benares: Awakening, easily dominates the playing field. Benares TMB can provide HoT with an astonishing 3.92x final DMG Multiplier! 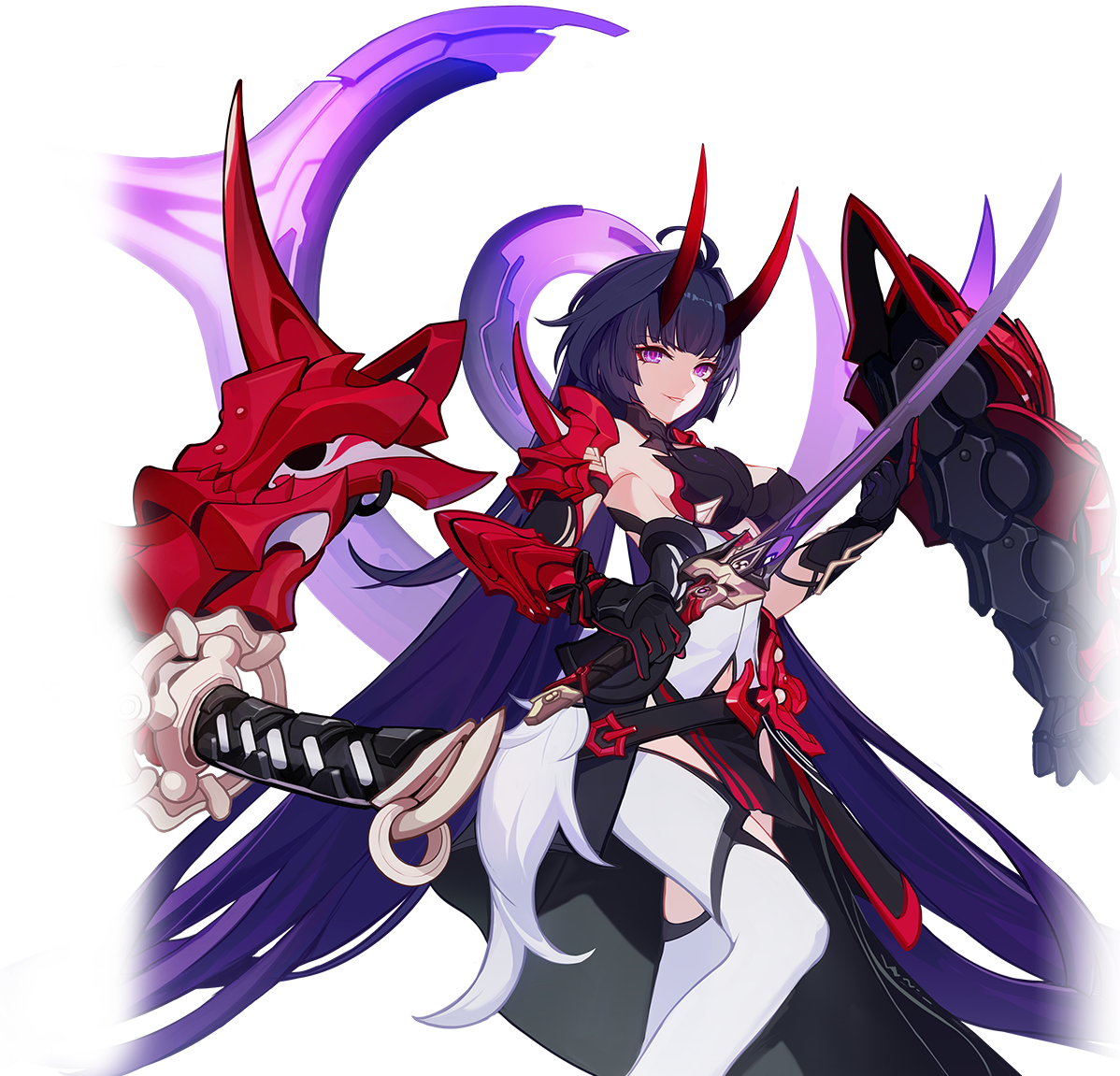 Key of Castigation and Domain of Sanction

Benares: Awakening is extremely powerful when equipped by HoT, which is obvious considering that the Moon Dragon set was tailored specifically for her. HoR boasts an impressive DMG output score of 7432912 when equipped with Benares: Awakening. The set provides the host with plenty of TDM and Lightning buffs. It comes with sp regen for Herrscher of Thunder so she can reach to her powerful ultimate sooner while also encouraging the player to use a weapon skill before ulting. Benares: Awakening is very much recommended for all HoT players. 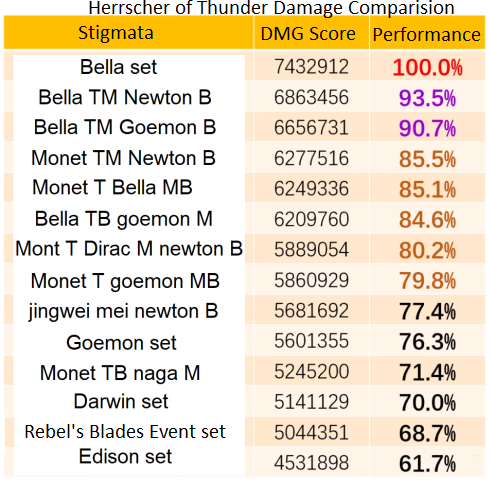 Here are some gameplay demonstrations of Herrscher of Thunder equipped with Benares: Awakening:

Shadow Knight & Hawk of the Fog

While Benares: Awakening can be utilized by other Lightning Valkyries, due to the Herrscher restrictions placed on this set, it falls behind in DMG output when equipped by other valkyries. Although there can be less conditions to maintain, Lightning valkyries such as Shadow Knight and Hawk of the Fog never had issues with using the best Lightning general stigmata combination Monet T + Goemon MB. It's an option for other valkyries to equip Benares, but unless they are HoT, they won't be able to fully utilize the set.

Benares: Awakening is an amazing stigmata set that drives Herrscher of Thunder to the upper limits. It provides an extraordinary amount of Lightning DMG and TDM buffs to the host. It's very recommended for HoT owners to get their hands on Benares. However, HoT players, and even non-HoT players can still make use of an incomplete Benares set or even other general Lightning Stigmatas. To put it in summary, Benares: Awakening is much to be desired if you wish to have your Herrscher of Thunder break through their limits in power. 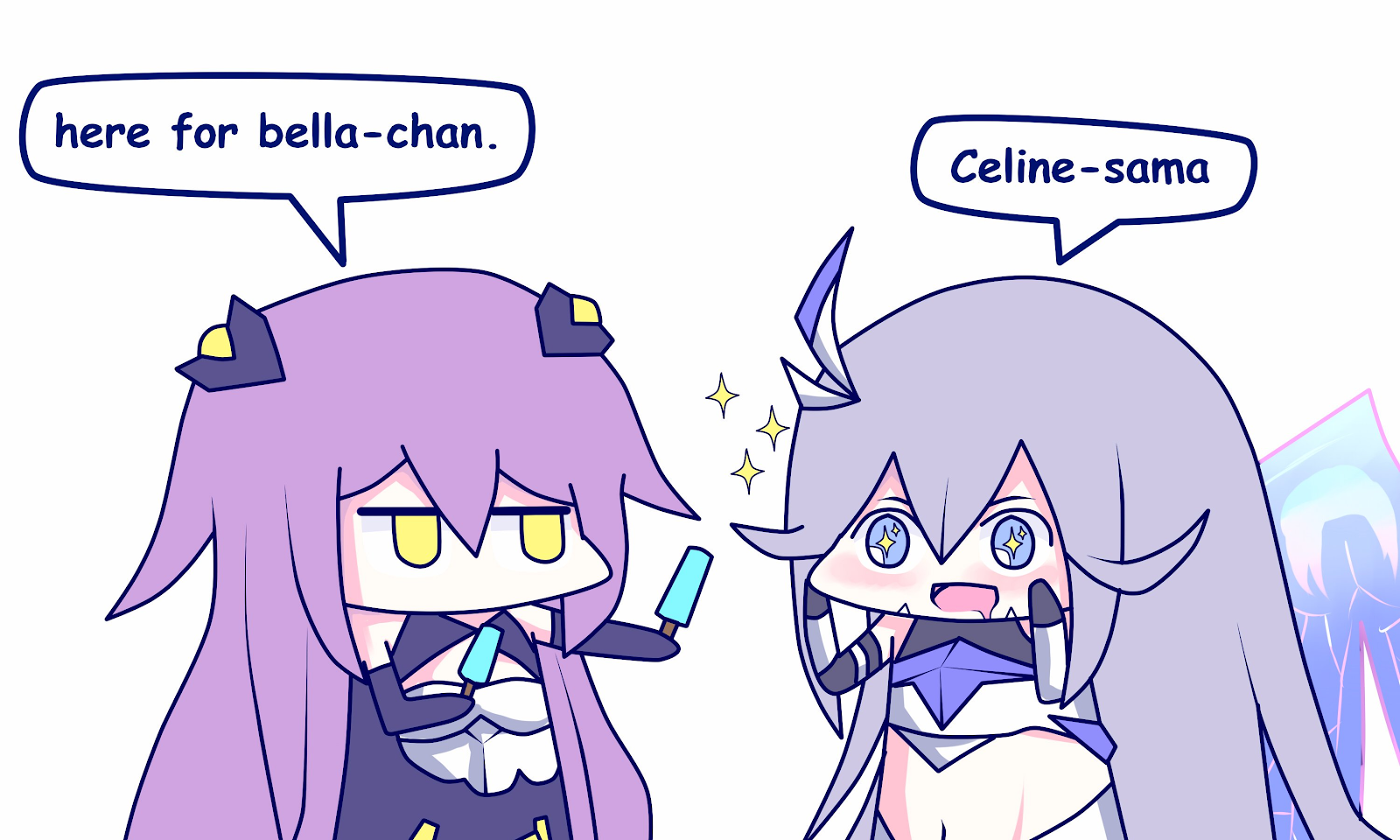