Hey, Captains! Today we are going to be taking a look at the Lonely Hero Set Siegfried Kaslana that will be available through Crafting via Bounty in version 4.1. Siegfried Kaslana was available from day one of the game’s release. In this guide, we will review the set’s functions, which valkyries will enjoy the stigmatas the most, and its place in today’s meta. 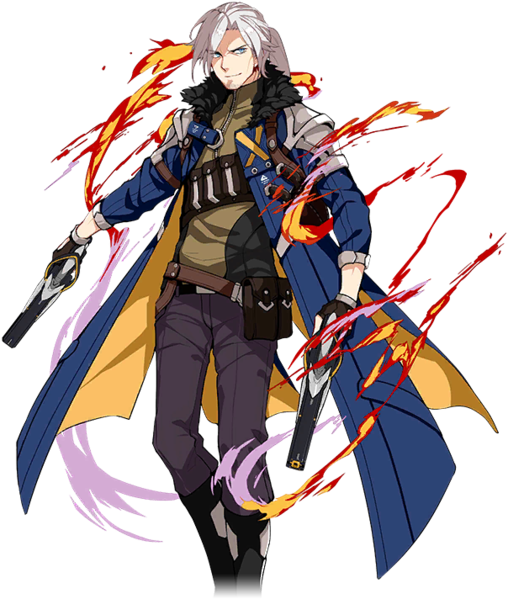 Guns of Shamash: When using a weapon active skill, reduce SP cost by 25%. For 6.0s after using the skill, gain 35% Attack Speed. 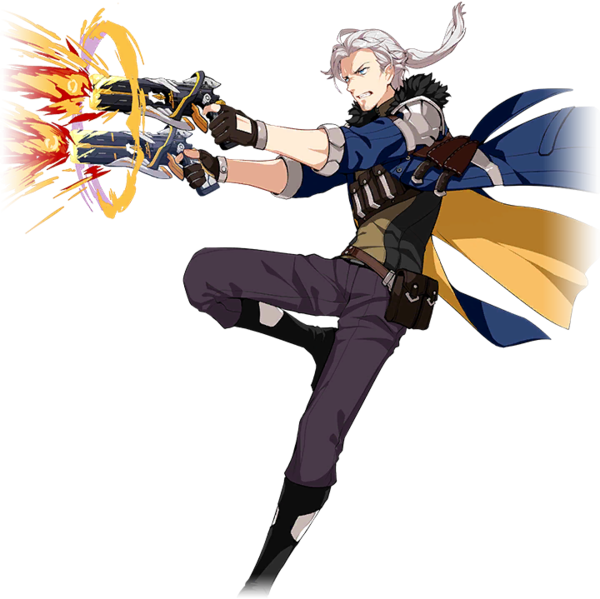 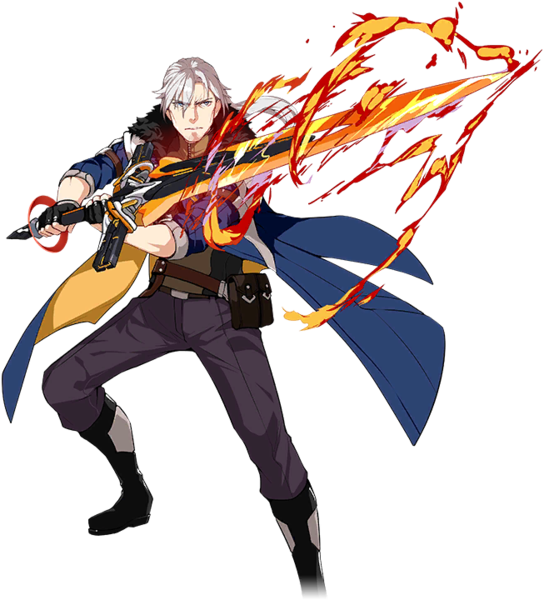 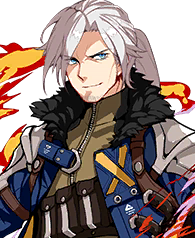 Siegfried Kaslana (T): Cheapens wep-skill sp cost and provides atk speed bonus. It’s rather subpar. Sure it is good in cheapening the sp-cost for weapon skills and only weapon skills, but it’s only a mere 25%. Even as a support stigmata, support valkyries can gain enough sp through dropped SP packs and evading to use their weapon skill for support without needing to use up a T slot for this piece, As for the very short 6s increase in a bit of attack speed, it’s hardly worth mentioning. The T piece is barely subpar at best. 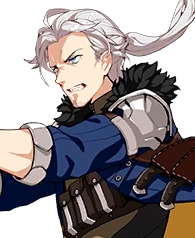 Siegfried Kaslana (M): Shortens wep-skill CD and provides DEF bonus. At first glance, the M piece appears to only help the host quickly gain DEF time and time again. While the short-lasting and yet high 50% DEF is pretty useless, especially when a good player should evade any and all attacks, the main highlight of this piece is its CD shortening effect. Siegfried M is one of the two only stigmata to lower the wep skill CD timer. Theresa Origins M, a f2p stig, has a solo effect of lowering the timer by 30%. Whereas this M piece lowers it by 40%, along with a negligible DEF bonus. In time-constraint stages where the faster you clear the stage the higher your score will be, quick and precise rotations are extremely important. Theresa Origins M is still used to this day to enable support valkyries to be able to use their weapon skills in time when they are rotated in. In times that 30% just isn’t enough of a CD shortener, the 40% from this piece can make a huge difference between making it to t100 in the weekly leaderboards or not. In addition, Siegfried M enables Captains breathing room if they are to come across a week where they need the CD shortening eff on more than 1 support valkyrie during the week. Therefore, Siegfried M can be regarded as a desirable stigmata for the meta endgame. 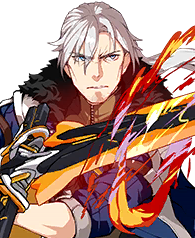 Siegfried Kaslana (B): Buffs wep-skill’s TDM and provides move speed bonus. Using weapon skills as a means of dishing out main dmg is an idea of the past, even among Theresa’s battlesuits. If not for damage, but for support, a support valkyrie shouldn’t focus using a weapon skill to deal some quick damage to support before switching out. Instead, they should be using a stigmata that provides buffs to their team and/or debuffs to the enemy such as Newton B. The only valkyrie to benefit from the unhelpful move speed boost would be Rita’s Phantom Iron battlesuit. But even then, the move speed bonuses are too short and small to warrant for best-in-slot for a B stig. When using a weapon active skill, gain 35% Total DMG Multiplier for said active skill. For 6.0s after using the skill, gain 20% Move Speed. 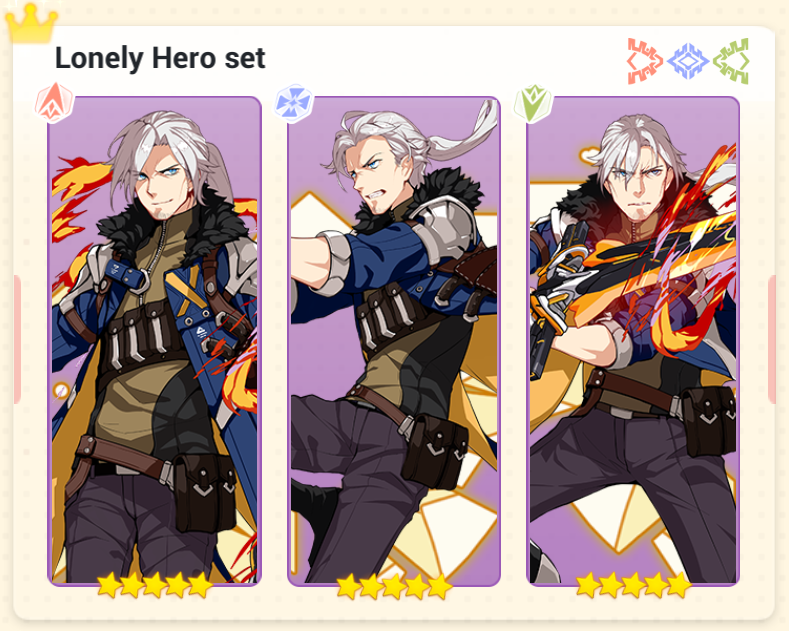 2-pc bonus: Buff’s wep skill’s TDM. This 2pc skill only works within 10s. When including the M piece’s 40% CD reduction, you want a weapon skill with a cooldown of at most 16s. While this effect may seem impressive at first with the potential of providing a maximum of 100% TDM, keep in mind that only the weapon skill gets boosted. Even if the host valkyrie has no desire to spend sp to use their ultimate, because the window of time in which the host must use their weapon skill is so short, other valkyries, assuming that they are support valkyries, will have little to no time to come out to invoke any supportive actions. Thus this bonus is too demanding for its rather mediocre effects.

3-pc bonus: Provides long-lasting Physical DMG. Atk speed, and move speed buffs and near-perfect debuff immunity. Although the effects of this bonus can seem impressive, it’s extremely unlikely you will be able to finish the fight in 20s when factoring all the effects of this stigmata. The effects this bonus provides are pretty good and long-lasting but subpar for a 3pc bonus, especially when compared to today’s meta stigmatas. There are two other major flaws of this 3pc bonus. First major flaw is that the host must use her weapon skills 6 whole times before she can even get any benefits, which is much too long. The second major flaw is that there is a whopping 60s CD. This CD is extremely long, especially for the meager effects this set brings. It’s extremely unrecommended to equip all three pieces of Siegfried Kaslana unless there comes a day a Physical Valkyrie whose main method of dealing damage comes from her weapon skill is revealed.

The support valkyries in today’s meta who can wield game-changing support weapons seek to utilize Siegfried M. In Memorial Arena, quick rotations demand support valkyries to be ready to use their weapon skills when the Main DPS of the team needs it. For Knight Moonbeam, it is Positron Blasters. For Molotov Cherry, it is Blood Dance. And for Celestial Hymn, it is the 11th Leitourgia, but she would only want Siegfried M if Theresa Origins M is locked to another valkyrie/team.. These weapons provide astronomical amounts of support but need their cooldown timer reduced so captains can be able to achieve those really high scores. The following below are a few showcases of such uses with Siegfried M.

Siegfried Kaslana will be available as a craftable via Bounty starting on version 4.1, meaning f2ps will have access to the set. The set is designed for physical DPS valkyries, but most of the effects are extremely lacking and demanding in requirements to activate. The only piece that has any value in the meta is the middle piece. It is optional to strive for this piece when Theresa Origins M does almost the same thing. However, I would still recommend getting your hands on 1 M piece if you want slightly better scores in the competitive scene. In other words, avoid getting the T and B pieces but get the M piece when you could use an even shorter CD reduction stigmata. Siegfried Kaslana M not an essential but a must have in terms of quality of life.