Monet was the first gacha stigmata set dedicated to Lightning Damage. Monet was introduced way back in late 2018 for the Global servers. In this guide, we will go over the function of the stigmata set, which valkyries will enjoy the set the most, and how it stacks up against the other alternative sets. 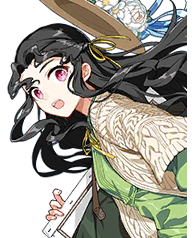 Outline: User gains 30% Lightning damage for her attacks. For every Combo Hit Count, the user gains 1% Total damage multiplier, stacking up to 15 times. 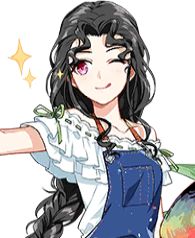 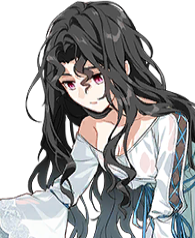 Coloring: For every 10s, combo and charged attacks that hit a target inflicts 60% move slow for 6s. While Combo Hit Count is over 30, the user gains 15% Attack speed.

Nympheas: User receives a Lightning Shield. While the shield is active, the user's attacks gain 30% Lightning damage. If hit by an enemy, the shield will negate direct physical damage from the enemy and disappear after 0.3s. Shield recharges after 15s.

Soleil Levant: After triggering move slow (from Monet B), enemies within a 3 meter radius of the target are inflicted with a 30% move slow for 10s. The user is healed for 8% max hp.

Monet (T): Provides 30% Lightning damage and conditionally up to 15% Total damage based on Combo Hit Count. This is the best stigmata of the set and is still quite commonly used in various setups. It provides a bit of balance between different damage multipliers, but be weary of the Combo Hit Count requirement.

Monet (M): Provides 20% Total damage reduction and conditionally up to 30% Lightning damage based on Combo Hit Count. Defensive bonuses like total damage reduction are often undesired in the game. There are not many cases where you cannot simply retry after dying. The 30% Lightning damage makes the stigmata viable for use but it will be overshadowed by newer stigmatas like Ishikawa Goemon M.

Monet (B): Provides a 60% move slow debuff for 6s once every 10s. Also, if Combo Hit Count is over 30, the user gains 15% Attack Speed. This used to be tailor made for Shadow Knight (SK), who benefits greatly from the move slow debuff and additional attack speed. However, SK has fallen out of the meta and most bosses are immune to slow debuff or could be bled anyways. There are some niche applications for move slow, such as to trigger Hawk of the Fog's (HF) QTE, but supports would rather have Newton B and there is also Edison B, which does the same thing.

2-pc bonus: Provides a shield that gives the user 30% Lightning damage. Breaks after 1 hit. The extra 30% Lightning damage is nice, however it is very fragile and will disappear if you are hit even once. Other shields such as Drive Kometa's (DK) shield will not prevent it from breaking.

3-pc bonus: This causes Monet B's debuff to have an AoE, applying slow to more targets. It also heals the user for 8% of her max hp. The heal is largely unnecessary. The AoE slow is only made use by SK and Lightning Empress (LE), both who have passives that grant large Total damage bonus against slowed targets. However, as previously stated SK is mostly out of the meta, the scenarios she can fight in have bosses that are immune to slow. LE is also purely a support valkyrie after the introduction of HF.

As we can see, Monet does not stack up well against the newer Goemon set. The only scenario where Monet could come out on top is on a damage dealer LE versus mobs, which is not competitively necessary anymore. The strongest piece of the set in the current meta is Monet T.

Hawk of the Fog and Darkbolt Jonin

This setup has been the standard choice for both HF and Darkbolt Jonin (DJ). It gives the best mixture of multipliers that will optimize their damage output against bosses. HF and DJ both have frequent combo attacks. HF also has a low costing ultimate, while DJ is often used in scenarios like in Abyss, or with an LE support, that enable her to use her ultimate quickly.

Here are some video examples of HF and DJ making use of this stigmata setup:

While SK would be able to benefit from Monet B's move slow, most bosses are immune to it. SK is also able to activate the same passive with bleed status, which she can reliably apply with her weapon or SS rank skills. SK's PRI-ARM also provides enough attack speed where Monet B's 15% attack speed is no longer needed. In addition, SK also benefits immensely from Dirac M, which replaces Monet M.

Here is a video example of SK making use of this stigmata setup:

Monet was a strong Lightning damage stigmata when it first came out. However, much of the meta has shifted away from what its bonuses provide and from the valkyries that use it. It is true that both Monet T and M can be used to great success. However, Monet M is overshadowed by better alternatives and Monet 2-set bonus can be quite frustrating to make use of. Overall, Monet T is the most viable piece of the bunch. Monet set as a whole is a weak investment, with two pieces being overshadowed in the current meta.