"The zither sings for the dearly missed, and fond memories that last a thousand years. Some say it's a wonderful instrument that moves listeners to tears, while others say it's a deadly weapon with hidden blades that shred enemies to pieces. They're probably both true, for it's meant to share life's joy and also protect loved ones at all costs."

[SP: 0][CD: 20] Deploys cross (summoned entity): Knocks down enemies in range dealing 200% ATK of Physical DMG and causing strong winds to deal 75% ATK of Physical DMG per 0.25s to enemies and slow their Move Speed by 30% for 8s. Boosts team Move Speed by 25% and Physical DMG by 15% for 13s.
When it's equipped by Starlit Astrologos, active will auto-cast when her Ultimate is unleashed through QTE. Cannot be triggered if active was button cast within the last 20s. 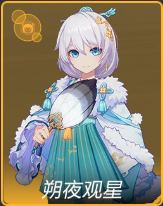 Zither's Lament is designed specifically for SA so no wonder she will benefit the most in using this weapon. Both of ZL's skill has a bonus equip for Starlit Astrologos that will greatly boosts SA's role as a Support Valkyrie. 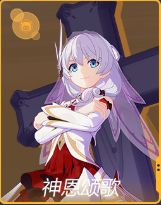 Celestial Hymn (CH) is a really powerful support Valkyrie that can buffs Physical DPS of whole team. Even though CH Signature Weapon are 11th Sacred Relic, Zither's Lament can also be a great replacement for it.

Not to mention, by CH doing Ultimate: Celestial Judgement, she will debuff the enemies by impairing them and lower their defense by 75% for 10s.

If the strategy goes like: CH deploys her cross, then immediately cast an Ultimate, with the passive skill of ZL, the whole team will gain 40% bonus Physical DMG while attacking enemies that was impaired and had their defense lower to more 75%, ALSO a bonus 30% Crit DMG against impaired enemies by another one of CH passive skill: Holy Dirge. That is an insane DPS boost.

Based on the comparison result below, we can see that both SA and CH deals more buff and support toward HoV when using Zither's Lament. Of course, 11th Sacred Relic are not too far behind, it is actually a really close call between those two weapon.

But it is safe to say that when using Zither's Lament with Shuijing set stigmata, the support valkyrie will provide even more buff towards allies and debuff towards enemies. 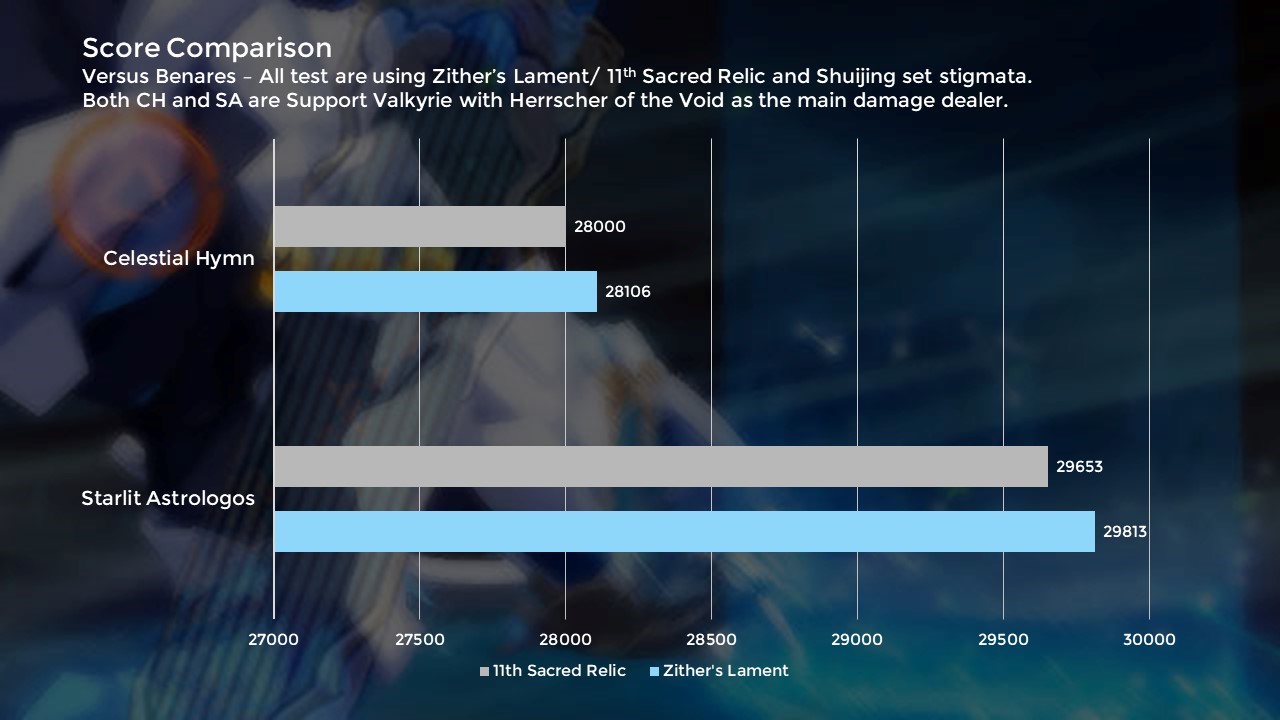 In my opinion, both 11th Sacred Relic and Zither's Lament are a very powerful support weapon, and if by any chance captains do not have 11th Sacred Relic and wanting a weapon for Theresa battlesuit that provides support, then I highly recommend getting Zither's Lament, especially if you are thinking to invest in upgrading and evolving Starlit Astrologos as your main support Valkyrie which you will get in version 4.0 by doing the event. 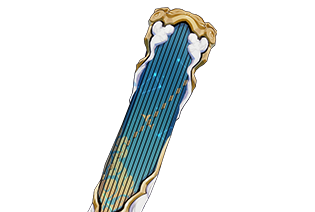