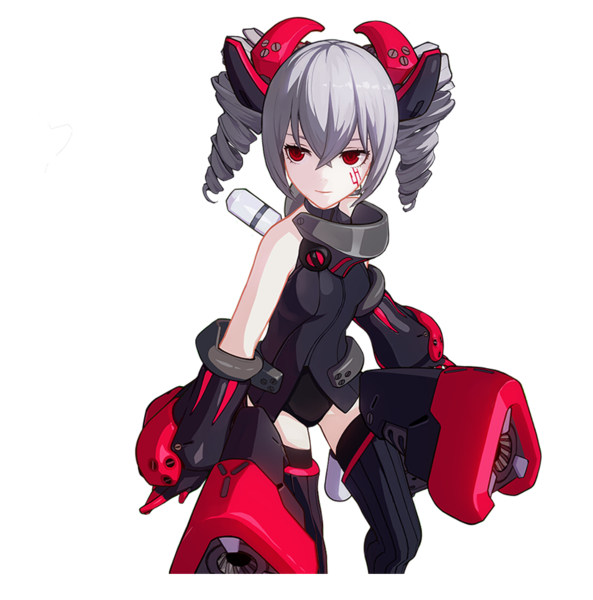 This guide is built to provide readers a better understanding of Bronya's Black Nucleus battlesuit aka BN. Here, readers can find out more about BN's kit and how she fares in today's late game meta (v3.9). 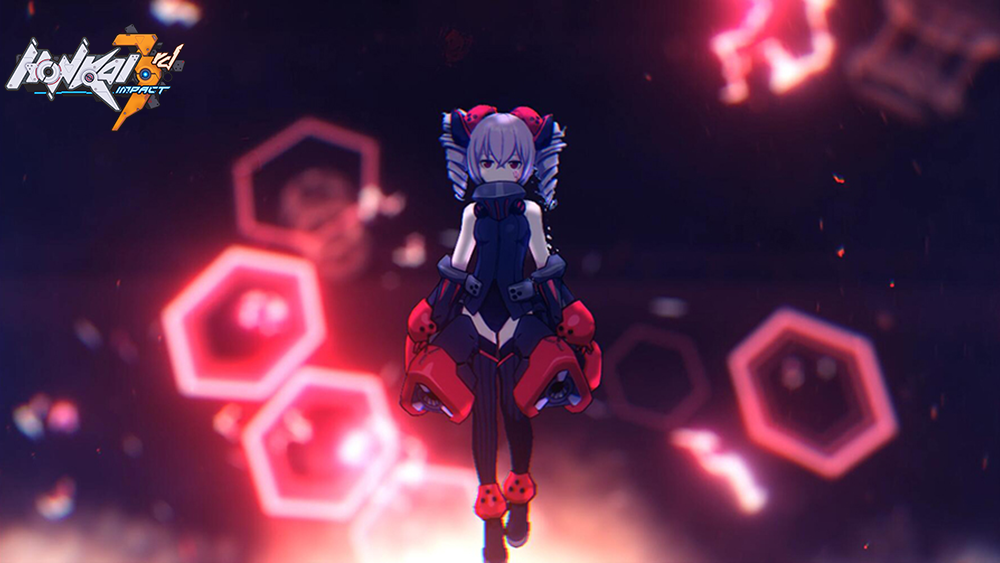 BN is Snowy Sniper's awakened S-rank BIO valkyrie who specializes in charged attacks. We will be looking into her most significant skills, her recommended gear, and what situations where she makes the most impact. 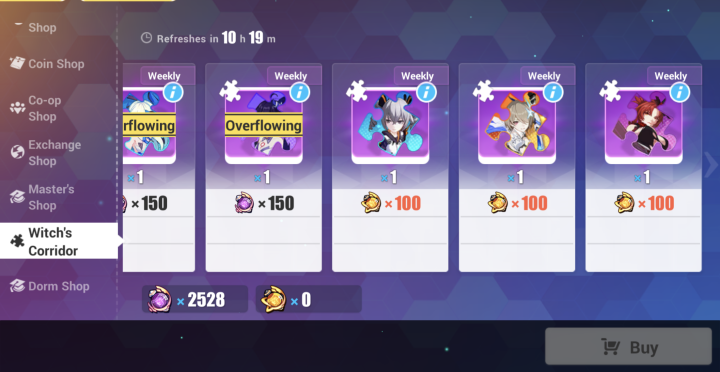 She is obtainable through Expansions/EXPAs and Dorm Supply only. Optionally, if you have unlocked an SSS base S-rank valkyrie, you have the option of purchasing BN fragments (if any) from Witch Corridor with Pure Witch Orbs.

All skills will be observed at max level

BN's leader skill isn't too impressive. It's exactly the same as Snowy Sniper's, and KMB gets the spot as leader of the team for all if not most of the time.

BN has a unique state called Stealth Mode. This can be invoked through Ultimate Evasion or QTE. While she is in stealth mode, she's pretty much an invincible ghost. And as a bonus, she also gains an incredible 35% Physical DMG bonus that lasts 8.8s upon entering Stealth mode (6s). 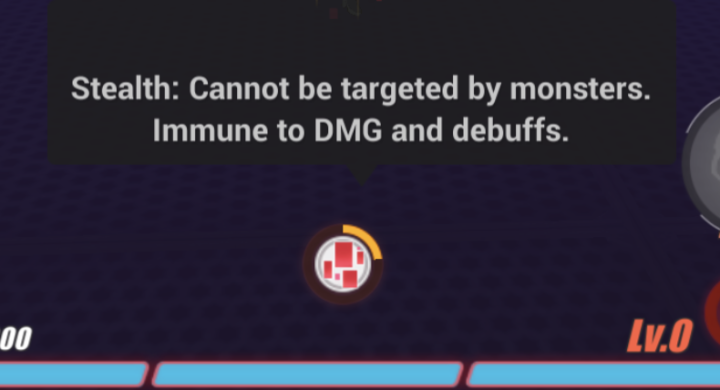 Stealth mode is extremely crucial to BN's kit to set up and unleash sudden bursts of damage to decimate her foes.

At just S-rank, she gains a whopping 39% Total DMG Multiplier when attacking enemies from behind or at the side. This can be easily achieved with evading or QTE-ing into stealth mode that also grants Physical DMG to her. It's extremely encouraged for BN to enter Stealth Mode and unleash her attacks from the side or behind for most damage.

When BN attacks with a heavy weapon that shoots cluster missiles, giant scatter-shot shells come out instead. At only S-rank, her Crit Rate increases thanks to the Precision Charge skill, thus encouraging the user to be very precise in charging and releasing her attacks. In addition, because the shots scatter rather widely, for best and most optimal damage, it's recommended that BN users charge 3 shots and immediately release at the side or behind a single large enemy. This ensures all the shells hit the enemy and immediately after release to time with any and all debuffs/buffs stacked at the same time. As a result, it's highly recommended that BN users enter Stealth Mode via QTE and quickly full charge and release Missile Charge shots for maximum damage.  And lastly, her SSS-rank skill Primed Charge is very strong but has a huge paywall behind it, making it not worth it for most players to strive for.

BN's Ultimate is rather lackluster, especially in the late game. Although it attacks from all directions, benefitting from passive skill Field Breach, it does not do enough DMG.

BN has two choices of weapon in the late game to place her foot down as a DPS. Both of them are PRI weapons in which their original lv.50 variants can both be farmed from Bounty Mark. 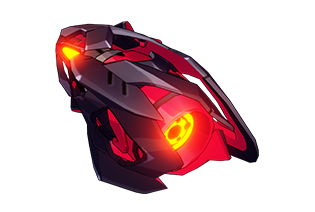 Star Destroyer 19C-X - This weapon is designed for BN. 19C-X has an upped amount of ATK and CRT from its predecessor. More important, it comes with a special attack mode, Barrage Mode, that increases the number of shots BN can shoot out and strengthens her attacks's Physical DMG, Total DMG, Crit DMG, and Crit Rate when she is close enough to the target with no cast time. It is extremely powerful but only for the most dedicated of BN players (SSS).

For more information about this weapon, you can visit this guide by Marisa 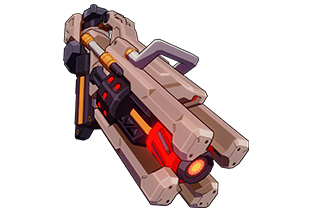 Briareus EX - New to v3.9, this PRI weapon's passive skills are what BN needs to put up a fight. Because BN is a BIO type, she gains a +20.0% Physical DMG bonus (and +25% attack speed) at all times just for wielding this weapon! Do keep in mind that for BN, when she fully charges and releases the weapon, its attack type will cycle between [Cluster Missile, Cluster Missile, and Laser]. And each switch grants a stack, in which each stack grants the valkyrie 3% total DMG Reduction (30% max), 2% Crit Rate (20% max), and 2% Move Speed (20% max). So if you ever wish to use this weapon with BN, don't forget about the laser; switch off the laser by using it immediately after using your 2nd full charge Missiles charge shot so your next attack will still be Missiles.

For more information about this weapon, you can visit this guide by iH8Ecchi

BN has a rather specific set of stigmatas that she must use to perform powerfully, even in the late game. This is especially true with her T slot and M slot stigmata. As for the B slot, it can be allotted to either Newton B or Lier B. Sin Mal B provided BN atk speed and crit rate, but with the two aforementioned weapons, BN only needs to worry about increasing the DMG she outputs or the DMG her target intakes. Keep in mind that Newton B only has a 5s time window of debuff that cannot be extended by time fracture and Lier B only works if the host has 100% HP.

Newton B or Lier B

BN has been and still is best when teamed up with KMB and CH. KMB can trigger both CH and BN's QTE. Keep in mind that you can still trigger BN's QTE with CH's QTE when KMB's Time Fracture wears off. The strategy for BN is rather simple but very skill and luck demanding. You evade with KMB, apply with KMB's debuff. QTE into CH and apply more debuffs and buffs very quickly. And lastly QTE into BN and immediately fully charge attack from the side or behind the enemy before all debuffs and buffs wear off.

Black Nucleus was originally a top tier contender for the highest score as the DPS role in Memorial Arena. However, BN fell out for some time after the introduction of EX-Memorial Arena. Insta-killing bosses just weren't possible anymore. Then upon the arrival of the PRI weapon Star Destroyer 19C-X, captains who were rich (or fortunate) enough to have BN at SS or SSS rank were able to use her once again to achieve high scores. And finally, at v3.9, the newly introduced Briareus EX enabled even the S-rank BN players to score very highly in the late game scene. The powerful PRI weapons that BN has access to makes it possible for players, given that they are skilled and lucky enough, to place very highly in the leaderboards of EX-Memorial.