Dante is a new Physical Damage stigmata set introduced in version 3.9. In this guide, we will go over the function of the stigmata set, which valkyries will enjoy the set the most, and how it stacks up against the sets from the past. 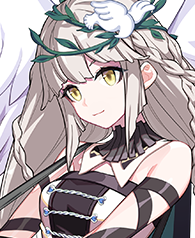 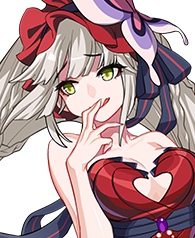 Purgatory: The user gains 30% Physical damage. The user also gains 15% Crit damage for 10s if she is hit. 10s CD. The bonus is enhanced to 30% Crit damage gained for 10s if the user performs an Ultimate Evasion or Retaliation. The enhanced effect resets duration if triggered again. 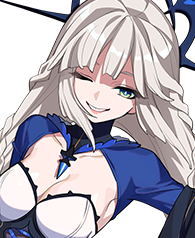 Hell: The user gains 15% attack speed. The user also gains 10% Total damage for 10s if she is hit. 10s CD. The bonus is enhanced to 20% Total damage gained for 10s if the user performs an Ultimate Evasion or Retaliation. The enhanced effect resets duration if triggered again.

Divine Comedy: While in Burst Mode, the user gains 30% damage against shields. Charged attacks during Burst Mode applies an 40% Impair for 8s if they are not already Impaired. If the user is Durandal, she applies 60% Impair.

Dante (M): Provides 30% Physical damage and conditionally 30% Crit damage after ultimate evasion for 10s. Not much is needed to be said about this one. Once again very strong for any physical valkyrie.

2-pc bonus: Provides 20% Crit damage and conditionally 30% Physical damage for 10s after entering burst mode, or landing charged attacks in burst mode. Durandal gains the extra bonus of 20% evasion cooldown reduction. This 2-piece bonus makes a big difference for the stigmata set but it also makes it more specialized, only physical valkyries with burst mode will be able to use this. This means valkyries like BKE, Night Squire (NS), and Swallowtail Phantasm (SP). NS does not have charged attacks, but her burst mode also has an 8s duration which is shorter than the 10s damage buff duration.

3-pc bonus: Provides 30% Shield damage in burst mode. Charged attacks in burst mode applies 40% Impair status for 8s, will not override other Impair statuses. Durandal applies 60% Impair. Shield damage is a very subpar multiplier. It will simply disappear once the shield is broken and normal damage multipliers also break shields faster too. The advantage to shield multipliers is that it is undiluted most of the time, the disadvantage is that the multiplier is not active most of the time. The impair is nice once your initial impair debuff duration ends or if you lack other sources of impair.

Since Crit rate is involved in the calculations, we are going to assume 50% Crit rate, which is very easily obtained and most likely an underestimate.

We can see that the requirements to use Dante are not high. You simply need to be able to perform ultimate evasions, and have a burst mode. If you want to make use of the 3-piece set bonus, or have particularly long burst mode durations, having charged attacks are necessary.

In terms of the numbers, Dante will not replace the previous burst mode kings, the Dirac set. In fact, optimal builds will likely use a combination of both. What combination will depend on factors like the importances of SP gain and secondary Impair sources.

For the bright new valkyrie of the patch, BKE will perform at her best with a full or hybrid Dante set. She will technically have more damage during her initial burst with a hybrid Dante T/B Dirac M set up but the damage will dip drastically in high level abyss without an Impair debuff during her latter half of her burst mode. A hybrid build would be better in Memorial Arena when you are confident in killing the boss quickly.

While SP can make use of the Dante set, she is incredibly dependent on both SP gain and Impair. Her burst mode is a high 125 SP cost and she has a total damage multiplier against impaired enemies. She will most want to keep the full Dirac set because of this. However, if she is in a scenario like a boss floor in Abyss, where SP is not a big problem and the goal is to kill as fast as possible, Dante T/B Dirac M is also a good option. However, if you cannot kill before the impair status wears off, full Dirac is once again needed.

NS is another heavily SP dependent valkyrie. This can also depend on which weapon she uses, whether it is Skoll and Hati or Nebulous Duality. Regardless, a hybrid Dante Dirac build will be best. Whether it be Dante T/B Dirac M or Dante T Dirac M/B.

Dante is a strong Physical damage stigmata set for burst mode valkyries. However, it will face heavy competition from the Dirac set. This set will be mostly for players who wish to fully optimize their builds, as the Dante set will complement the Dirac set rather than replace it. If you are a player with neither sets, I would personally favor saving for Dirac stigmatas (particularly M and B) over Dante stigmatas, unless you already have Bright Knight: Excelsis.