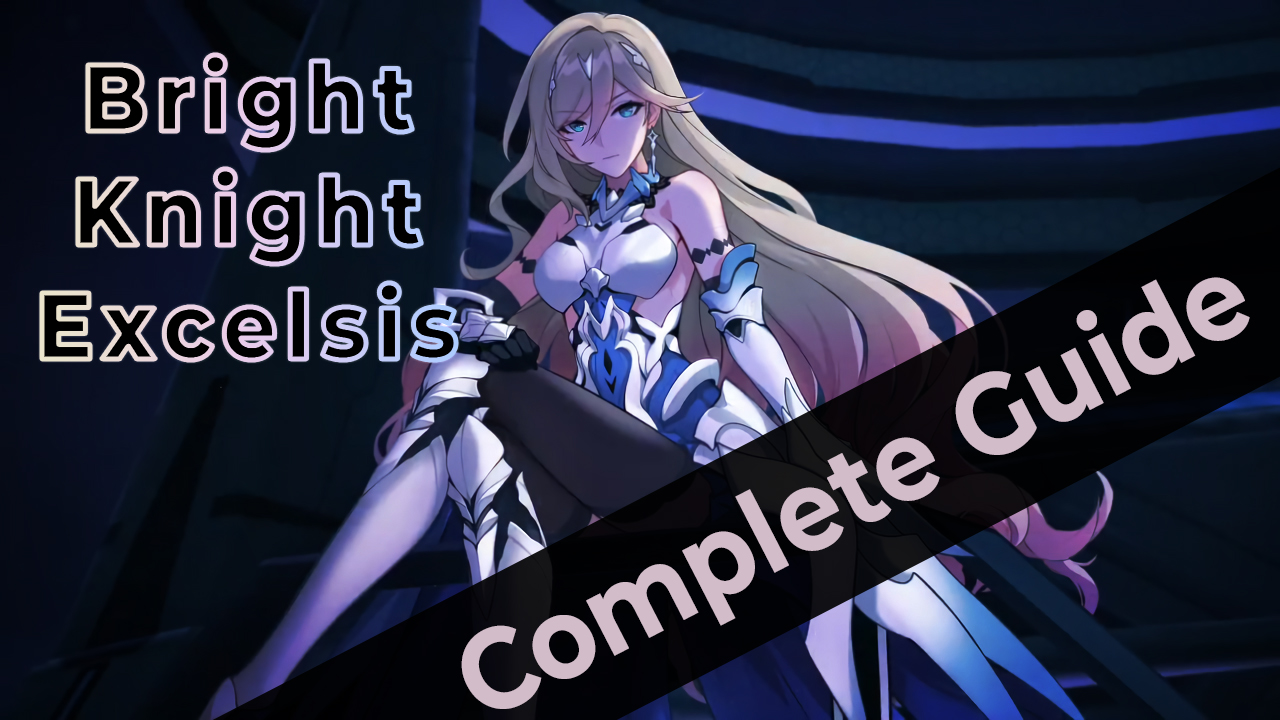 Greetings dear Captain(s), this is Captain Hoshina here and in this guide I will introduce you to the new battlesuit in v3.9; Bright Knight: Excelsis (BKE) that of course were used by our strongest Valkyrie in Schiskal, Durandal.

Just like Valkyrie Gloria (VG), this battlesuit still used the same weapon which is; Lance. BKE type is Mecha which means she have an overwhelming advantage against Creature enemies. And another important notes, this battlesuit can be relies heavily on its Charge Attack as it can be repeated without limit as long as you time the button perfectly.

Below are the overview of BKE: 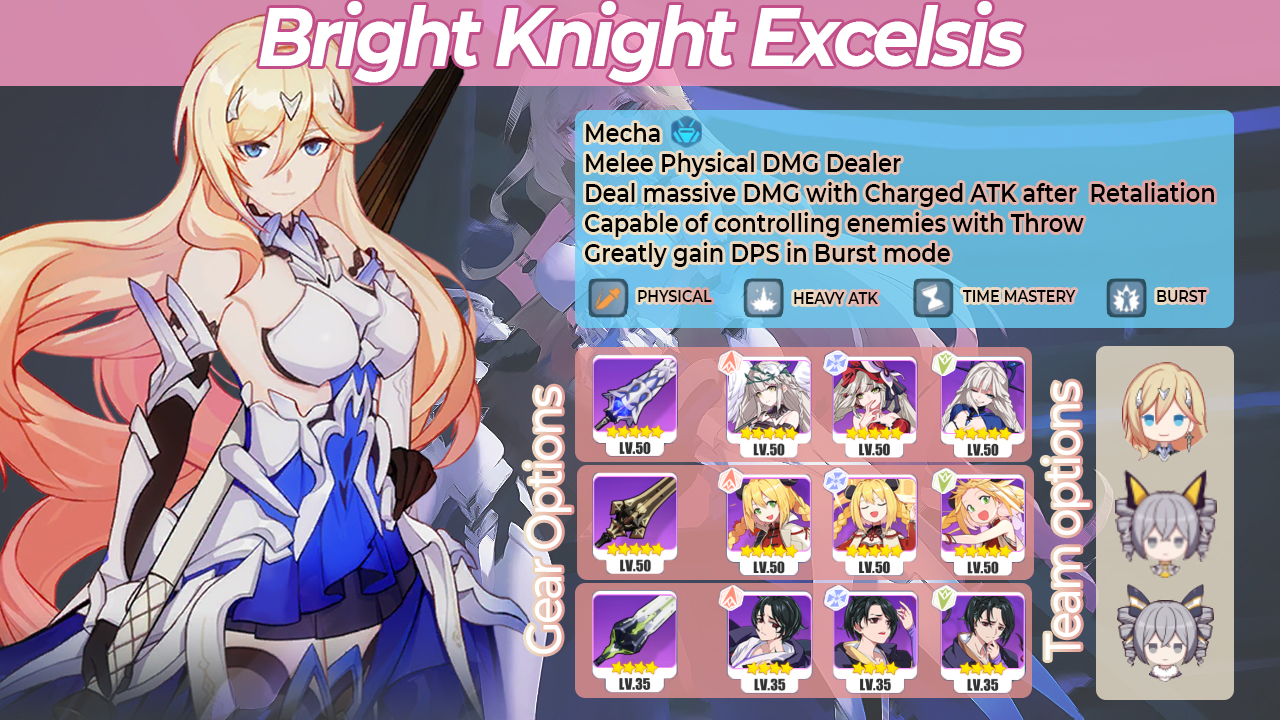 Unlike all other battlesuits, BKE has one new move that only she can use which is Defense (blocking incoming attack) and will be explained later. This guide aims to help players to understand her skills and able to use her to her maximum potential (and go beyond, plus ultra). 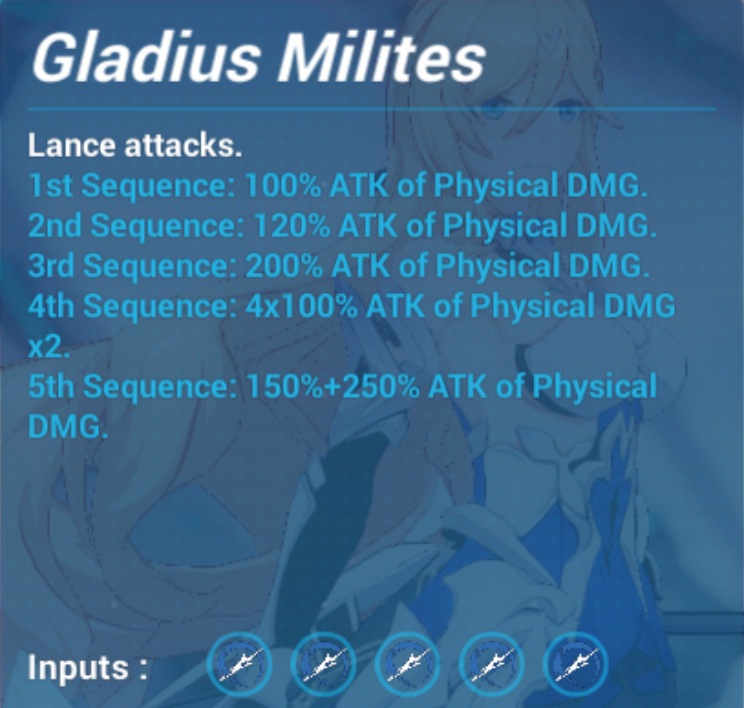 There are 5 ways to launch Charged ATK: 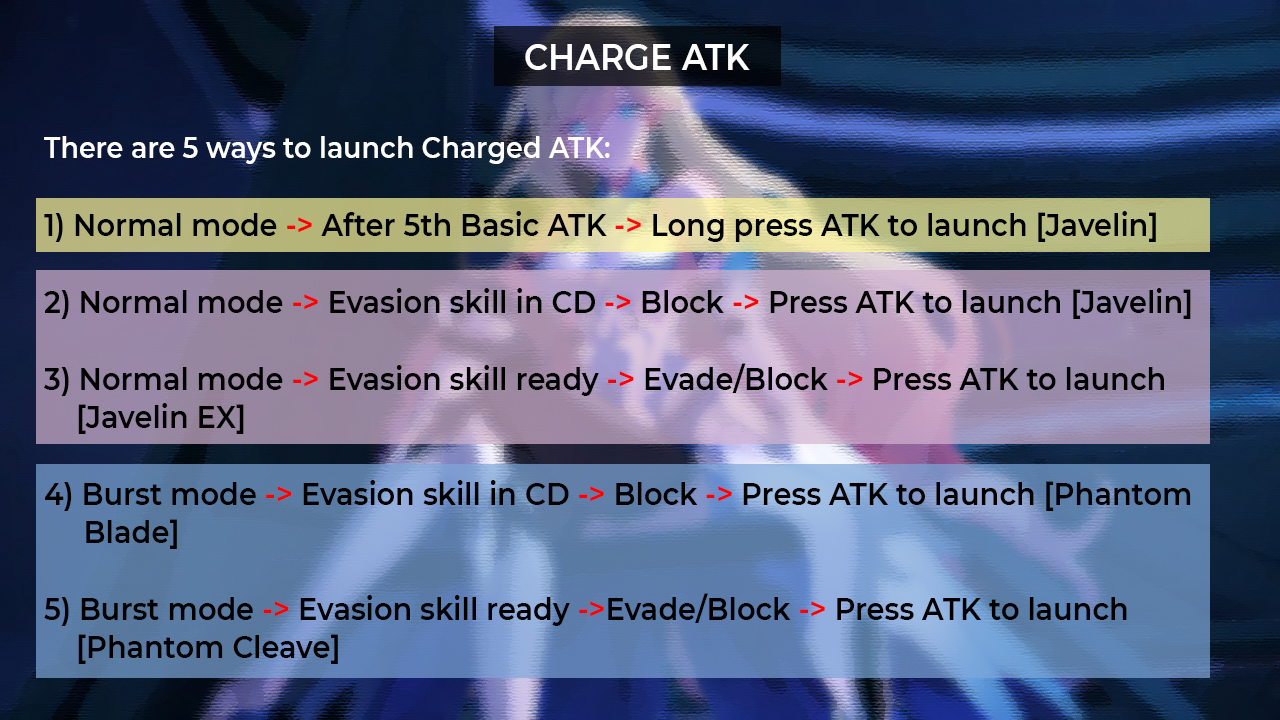 a/n: what a beautiful animation /cries/
am i the only one who think the similarities between Bright Knight Excelsis and Rita's Argent Knight Artemis?
are these couple battlesuit? still, both are very beautiful. ? 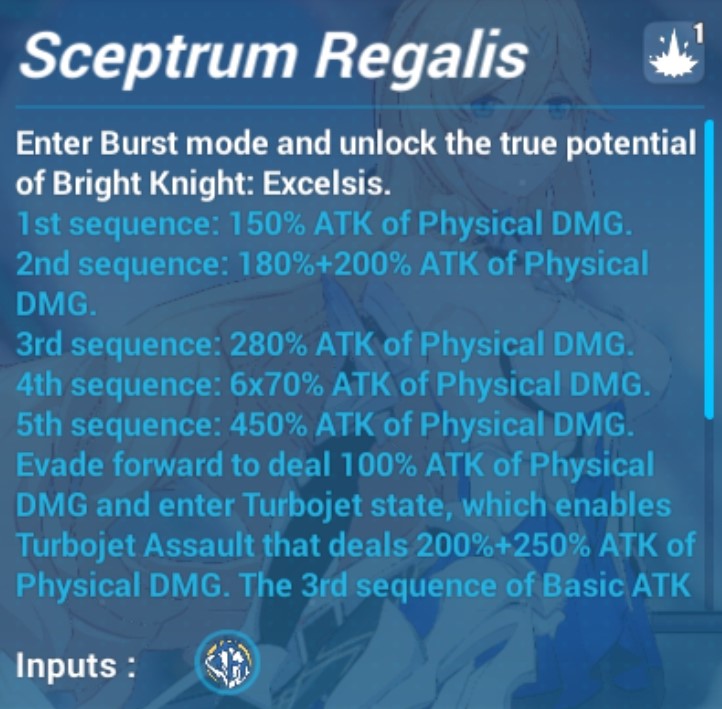 Special Skill [Turbojet]   - only during Burst. 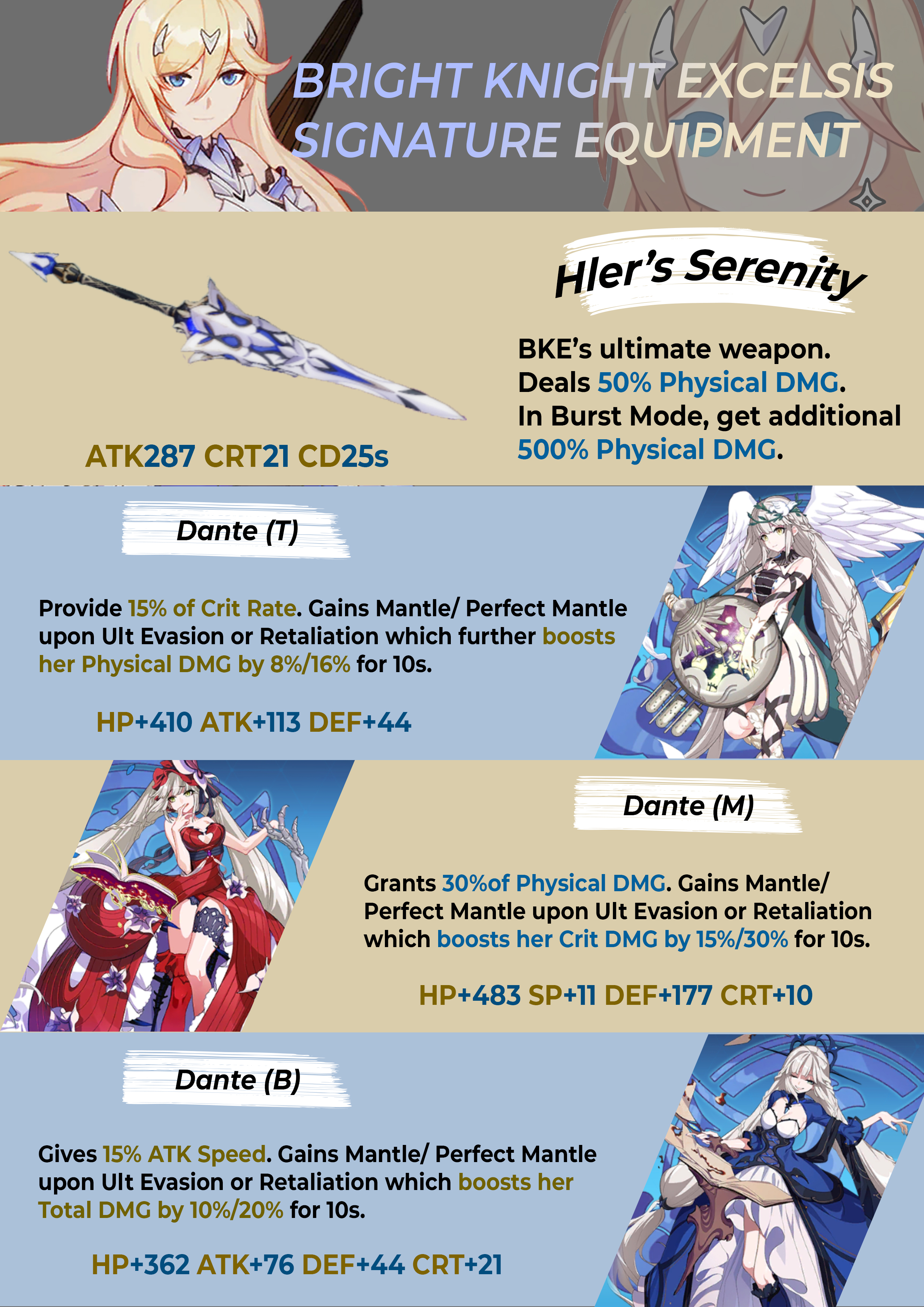 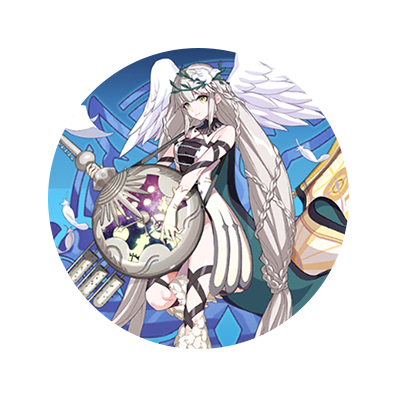 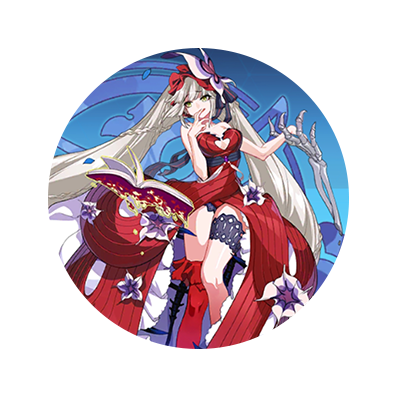 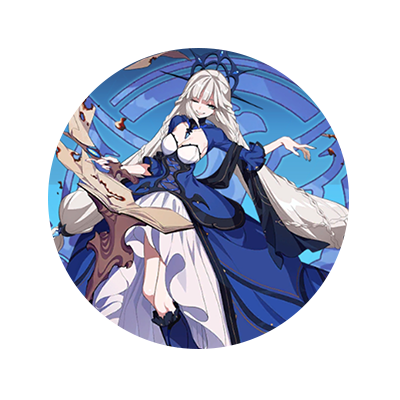 As you are aware now, BKE is a very powerful strong gracious valkyrie that deals mainly if not all, Physical DMG. So to maximize her potential, you need to use gears that will immensely boost her Physical DMG and Crit DMG. Below are the recommended equipment that can be said to buff her overall. Do not worry if you are an F2P player as it also stated the equipment that you can grind in the game. 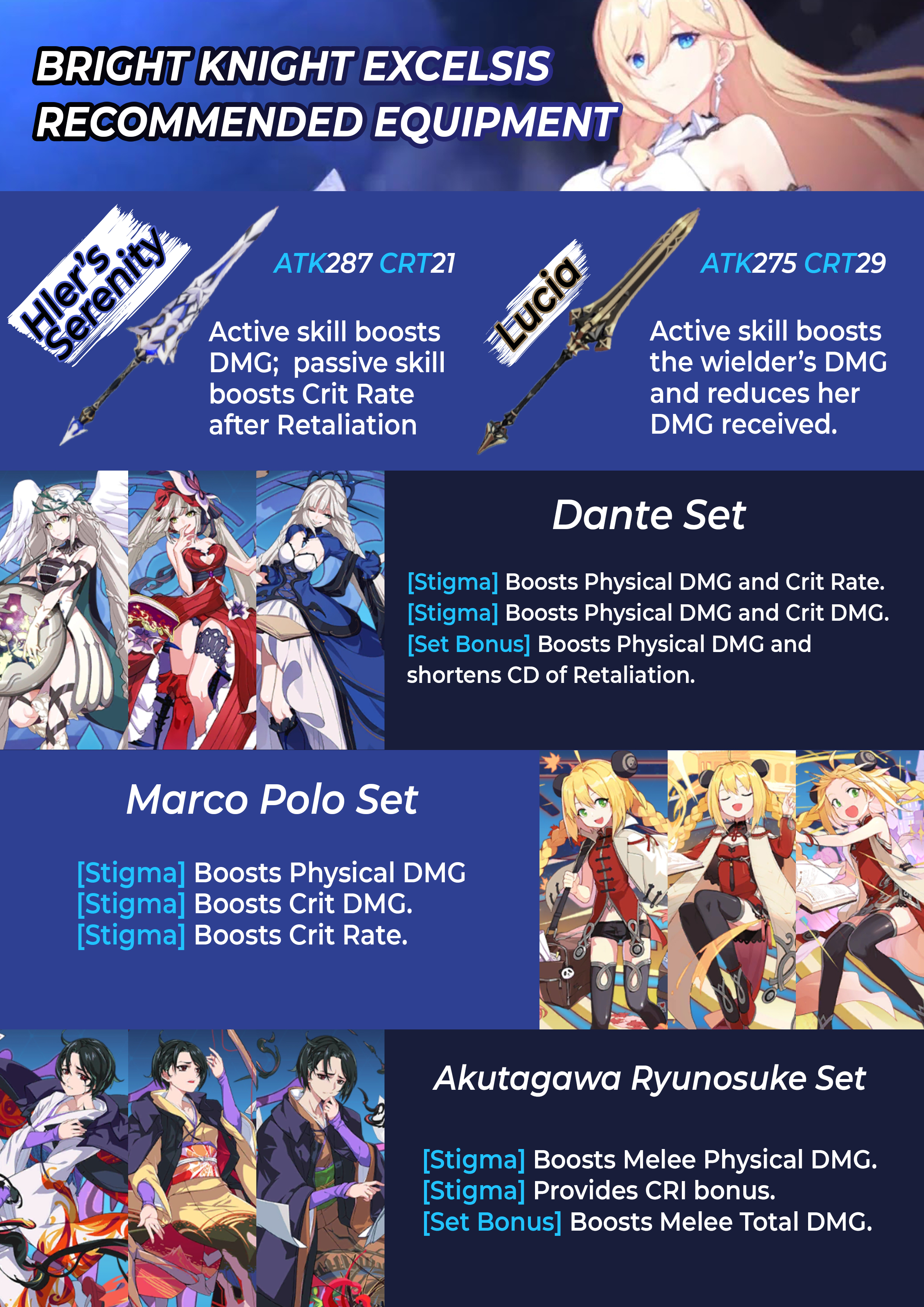 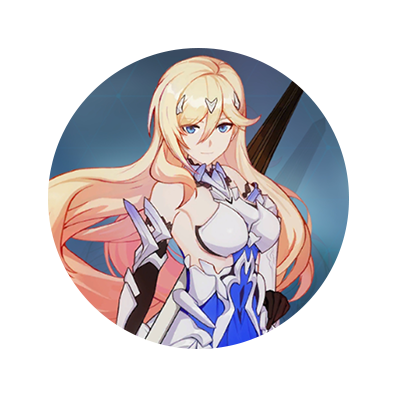 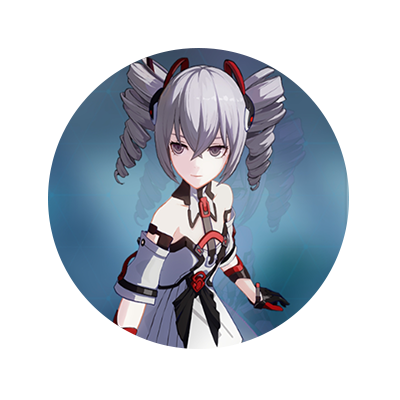 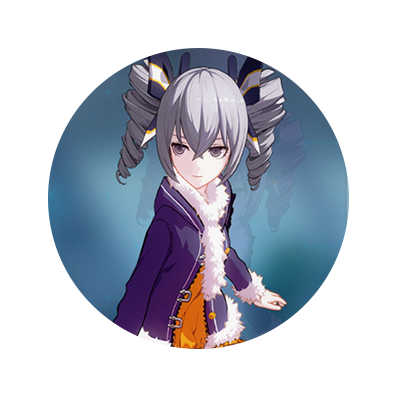 The best team for BKE. As we all know by now, BKE relies heavily on her basic and charge ATK, so to make her deals the most DMG she can, we must give her the opportunity to attack the enemies without any distraction or interruption. Below are the reason why:

First of all, YA will provide a shield that absorbs Physical ATK DMG. With this shield, BKE can deals DMG to enemy surrounding her without have to worry about her HP and with this also she can deal Charged ATK continuously to her enemies. If the shield is broken, then you can just reset it with QTE or Ultimate to repeat the DMG loops. If for some reason you want to use YA to be the leader, that's okay too because her leader skill allowed the whole teams to gain more Crit Rate when Combo Hit Count exceeds 30.

✨ And finished! Congratulations for you to have finished this guide! That means you've already mastered the way of Bright Knight Excelsis.✨

? I wish all of you luck (including me) in the Expansion Supply gacha when this character comes out. In terms of investment priority, I would say she is a very powerful Physical DMG Valkyrie along the others but that is just my opinion, feel free to have your own opinion. ?

? That's the end of this guide dear Captains, if you have any questions or suggestion, do not feel shy to contact me Captain Hoshina on Youtube and Discord.?