Leeuwenhoek (Lee) is a new Fire Damage stigmata set introduced in version 3.8. In this guide, we will go over the function of the stigmata set, which valkyries will enjoy the set the most, and how it stacks up against the sets from the past. 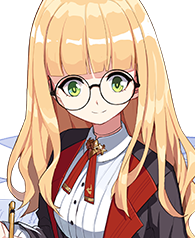 Feverish Microbes: The user gains 20% Fire damage. The user further gains 4% Total damage for every 10% HP lost. Max of 4 stacks, meaning at 60% max HP, the user will gain a maximum of 16% Total damage. HP lost requirement can be foregone by triggering a Lance weapon's active or the 2-piece stigmata set bonus, granting 16% Total damage for 10s. 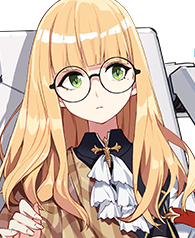 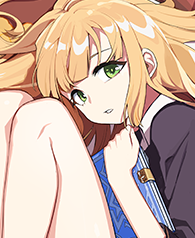 Animaculum: The user gains 2% Total damage reduction each time she applies ignite onto an enemy. Stacks up to 15 times and lasts for the full duration of a battle. If Leeuwenhoek Stigmata set is equipped by Durandal, 2-piece bonus is activated upon switch in, no Ultimate activation needed.

Leeuwenhoek (T): Provides 20% Fire damage and conditionally up to 16% Total damage. This piece is most optimally used by Lance users or with its 2-piece bonus, to be able to trigger the 16% Total damage smoothly for 10s. Otherwise, this stigmata can be used with valkyries such as Blood Rose (BR), or with weapons like Might of An-Utu, allowing you the ability to lose HP quickly.

Leeuwenhoek (M): Provides 20% Total damage and conditionally 20% Fire damage after Ultimate Evasion for 10s. Duration resets with new Ultimate Evasions. Not much is needed to be said about this one.

Leeuwenhoek (B): Provides 20% Fire damage and conditionally 25% Total damage after switch in or attacking ignited targets for 10s. This condition is the easiest to meet individually. All of the current Fire damage valkyries have some method to apply ignite.

2-pc bonus: Provides 15% Total damage and conditionally 15% Fire damage for 12s after Ultimate AND activates all other conditional bonuses for 10s. Having at least two pieces of the Lee set is extremely important! So much so that it is less important which pieces you end up using.

3-pc bonus: Builds up to 30% Total damage reduction by igniting enemies. Currently, defensive bonuses are less desired in this than offensive ones. The most important part of the 3-piece bonus is removing the Ultimate requirement of the 2-piece bonus for Durandal. This means for Valkyrie Gloria (VG), all 3 pieces of the Lee set are needed for optimal results. From a purely general use standpoint, the new Lee set is the least restrictive to use. You are not burdened to maintain a large hit count, or required to have access to charged atks. Even the “activate ultimate” is not a heavy requirement. VG can ignore it, while Vermilion Knight (VK) and BR have very SP cheap ultimates, and Flame Sakitama (FS) is heavily dependent on her Ultimate regardless.

However, the table above is only half the picture. As some may know, the same multipliers stack additively while different ones stack multiplicatively. Those with high Fire damage multipliers benefit with more Total damage multiplier in their stigmata and vice versa. We cannot ignore the multipliers of valkyries nor their weapons. In the next section, we will briefly go over how well the Lee set will sync with their potential users.

For the hot new valkyrie of the patch, VG will perform at her best with the full Lee set. Her damage rotations are reliant on her Resolve bar, rather than her Ultimate, making the 3-piece bonus extremely important. Without access to a full Lee set, her mixed set options would be something like  Lee T/B Thale M or Thale T/M Lee B.

FS's best stigmata set would be a mixed set of Lee T/B and Nuwa M. FS's playstyle is to slowly ramp up her damage by building her Zanshin bar before killing with her ultimate. Because of this neither the ultimate requirement of Lee 2-piece bonus nor the 102 Hit count of Nuwa M presents much of a problem. Lee replacing the classic Higo stigmatas would give FS a slight damage increase.

For VK, her playstyle has shifted away from continued rotations of charged attacks and ultimate attacks. With the introduction of Might of An-Utu, VK has mostly been played around her weapon active. This made her less synergistic to the Thale 2-piece bonus and so Lee T/B Thale M will be the best in slot for VK. That is not to say Thale T/M is bad on VK, just that Lee T/B is slightly better.

BR is probably the fire valkyrie that is least affected by the Lee stigmata. BR will still prefer the classic Thale T/M Fuxi B set up. The fact that Fuxi B is also a farmable stigmata via Bounty Mark, this makes the Lee set lackluster investment for those with BR in mind.

Leeuwenhoek is a strong Fire damage stigmata set that will work on any fire elemental valkyrie. However, there are already plenty of Fire elemental stigmatas: Thale set will remain the same incredibly strong fire stigmatas they have always been, and Fuxi B is a farmable stigmata that will wield similar results to Lee B. Lee set will be the best investment if you currently lack Fire stigmatas or if you really want to invest into battlesuits like Valkyrie Gloria, Flame Sakitama, and Vermilion Knight.