Skadi of Thrymheim is a PRI-ARM weapon introduced in version 3.8. It is a 6* upgrade to Argent Knight Artemis' (AKA) signature weapon Skadi Ondurgud. Skadi Ondurgud will be available for purchase in version 3.8's Battle Pass (BP) shop for 12 Lucions. In this guide, we will go over the function of the weapon, and whether it is worth the investment that PRI-ARM upgrades demands.

※ Stats below are all Lv.65 figures. 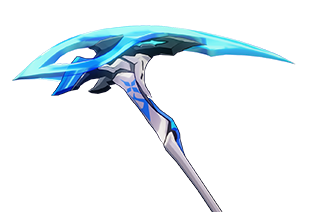 Ice Spirit: The user gains 40% Ice damage. While attacking against Psychic types, gain another 15% Total damage. Also restores 2 SP upon hitting an enemy for every 4s.

Everwinter is very similar to the original Skadi's weapon active, it has no cast animation, and deals a sizable chunk of Ice damage. Any differences are strictly improvements. Its SP cost has been reduced to 0, which is always welcome. It does slightly less damage each instance but will deal in total more damage due to starting with 2 charges and having half the CD. (510% ATK with 2 charges on 11s CD vs 840% ATK with 22s CD.) Its enemy damage decrease also got buffed from 30% to 45%. It is also very good for building up Hit Counts for Peary Stigmatas.

Ice Spirit is also an upgrade from Skadi's previous passives. 20% Total damage has been changed to 40% Ice damage and 15% Total damage towards Psychic type enemies. The SP gain has also become unconditional. The only downside is that previously Skadi used to be an universally viable weapon with a simple 20% Total damage boost. Now it is strictly built for Ice elemental valkyries fighting against Psychic enemies.

It is important to note that Moonlit Rime does not use up an Everwinter charge. It basically translates to AKA dealing another 510% ATK of Ice damage every 6s. The additional SP is also welcomed for an SP dependent burst mode valkyrie. 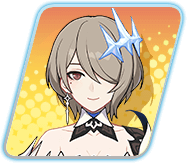 This weapon will not make much sense on a valkyrie besides AKA at the moment. No other scythe wielder deals Ice damage or has a typing advantage to Psychic enemies. AKA is a very specialized valkyrie; its greatest advantage over more meta valkyries is her unique Ice and Biological pairing, which will be further emphasized by this new PRI-ARM. This brings us to the final question.

Argent Knight: Artemis has not seen competitive play for a very long time. For Memorial Arena, it can do decently against Hellmaru, but face heavy competition from both Herrscher of Reason and Memento in doing the same job. Abyss nullifies AKA's two biggest weaknesses: no time fracture and SP dependency. In Abyss, against a Psychic boss during Ice weather/evadion will be AKA's biggest claim to fame. PRI-ARM will grant AKA a massive damage increase with increased ATK stats, higher multipliers, and continuous Everwinter procs. With such an improvement in her damage potential, AKA with her new PRI-ARM will be a competitive damage dealer, especially under favorable conditions.

Whether you choose to invest in this PRI-ARM depends on many factors. This PRI-ARM should not be crafted unless you have already completed the highly desired ones such as Positron Blasters, MAG-Typhoon, 11th Leitourgia, and Nuada's Revenge. Ruinous Sakura and Frozen Naraka would roughly fit into Skadi of Thrymheim's tier, to be crafted depending on what you may or may not have in your current roster. Ultimately, craft this PRI-ARM only if you have AKA fully built previously and already have crafted the more important PRI-ARMs.