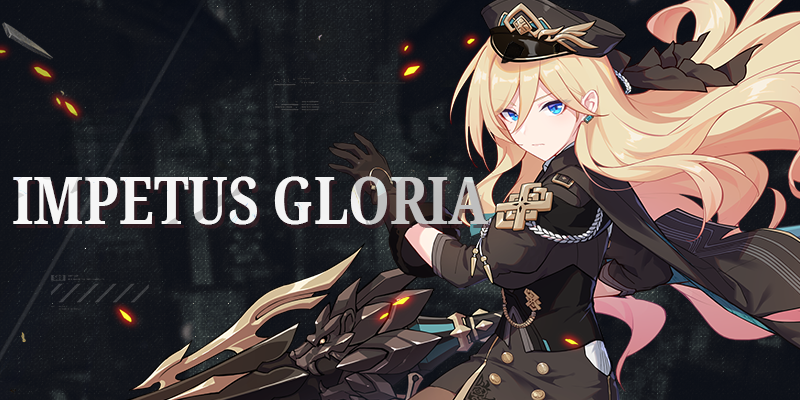 [Valkyrie Gloria] are a close-range Fire DMG dealer and charges at enemies to attack. Her Ultimate moves deals massive Fire DMG while she is capable of controlling enemies with her Throw skill.
Let's not forget that her type is Quantum type battlesuit.

This guide aims to help captains get to know her skills and learn how to operate her. Start reading or click any of these subtopics:

All of these stats are based on SSS rank [Valkyrie Gloria] statistic.

Special Mechanic: [Resolve Gauge]
First of all, the red bar on top of HP bar are the Resolve Gauge. One of the bar equal to 240 Resolve, which mean the maximum of Resolve are 480. This bar is required to perform charge attack [Impetus Gloria] by [Valkyrie Gloria]. 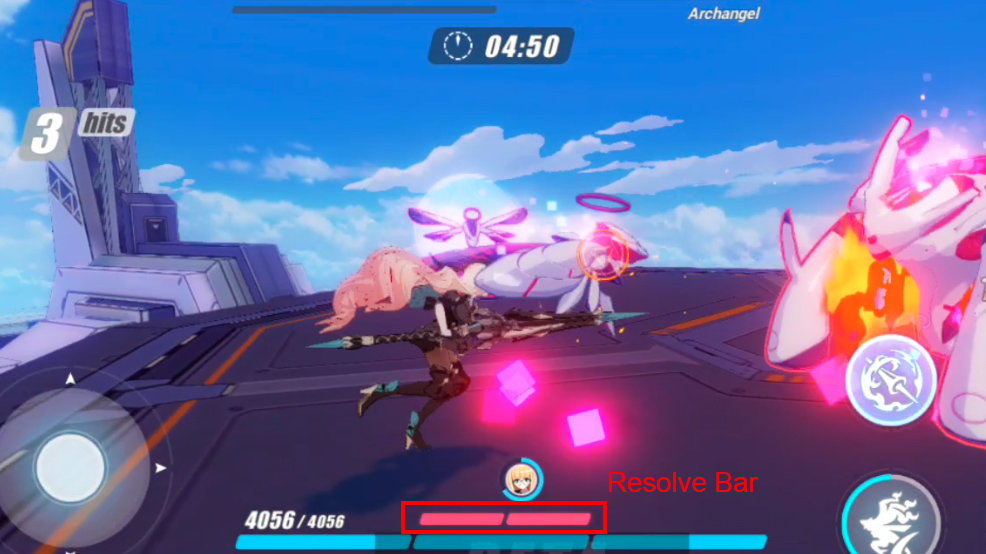 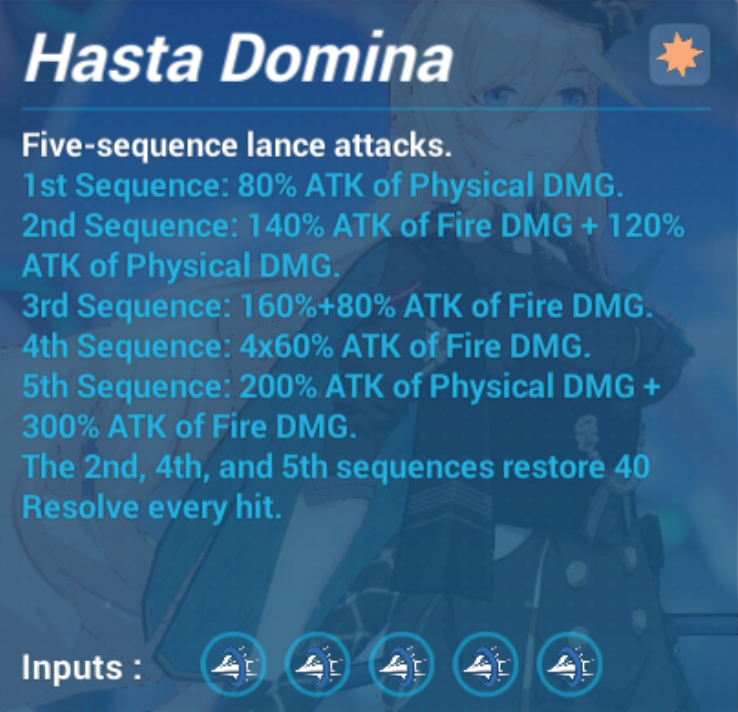 Tap and hold the [ATK] button to unleash Charged attack. 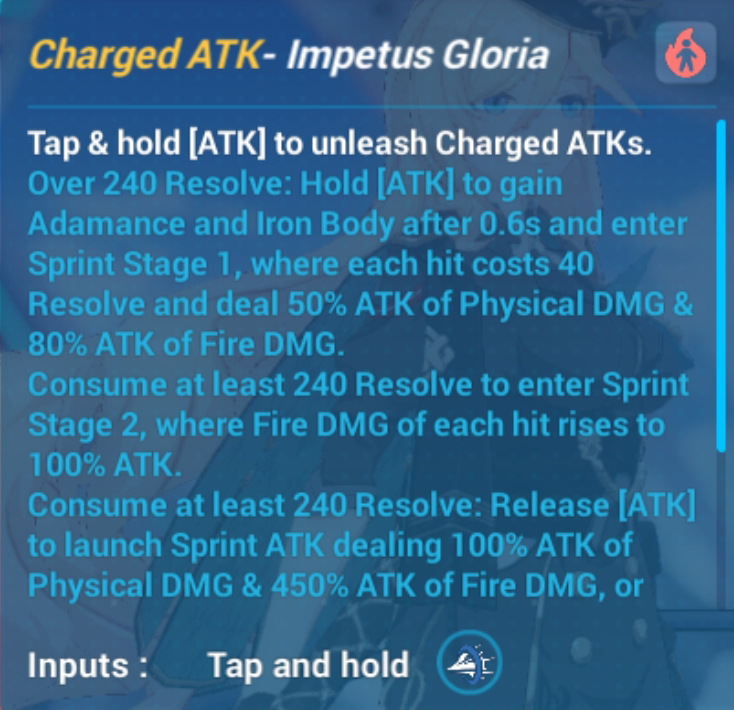 [Impetus Gloria] are the charged attack by consuming the amount of Resolve [Valkyrie Gloria] had. The more Resolve spent, the stronger the Sprint ATK.

While in Aura Ignis (a field coverage after Ultimate) with over 240 Resolve, hold [ATK] to consume all Resolve for Decisive Blow dealing 8x60%+350% ATK of Fire DMG & 200% ATK of Physical DMG.

Fiery Will: A skill where every 240 Resolve consumed grants a stack of Fiery Will (10 stacks maximum) which boosts Fire DMG by 6% and reduce total DMG taken by 5% for 20s.

Unleash a Mighty Blow with a massive lance. [Eruptio Magnifica] are the ultimate moves for [Valkyrie Gloria] that leap toward target and pull in nearby enemies for a short duration. 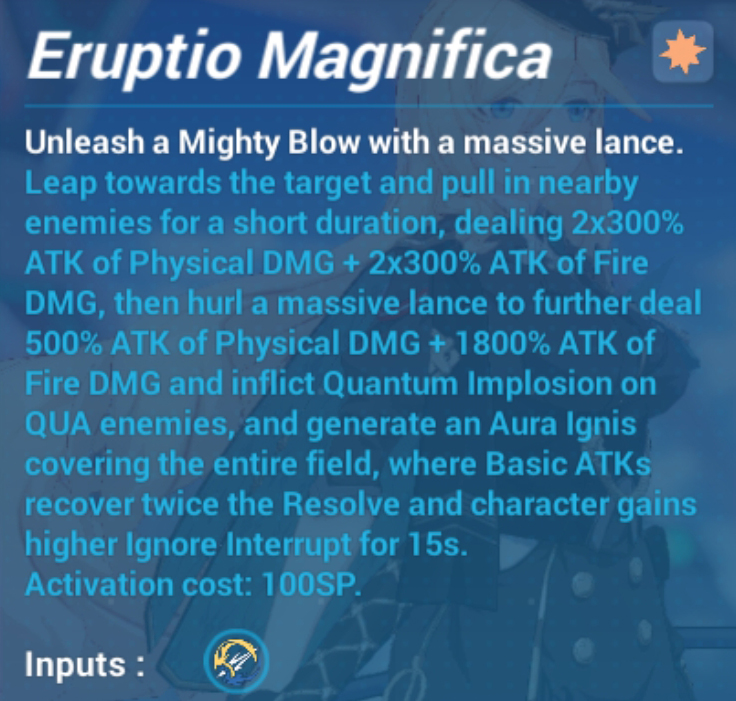 Finally, it will generate an Aura Ignis covering the entire fields where Basic Attack recover twice the Resolve and gain higher Ignore Interrupter for 15s. The sky turning darker prove that [Valkyrie Gloria] are in Aura Ignis coverage and the sky will naturally turn into normal after 15s.

Upon evasion, tap [ATK] to directly unleash the 5th sequence while at the same restores 120 Resolve and triggers Time Fracture for 3s. 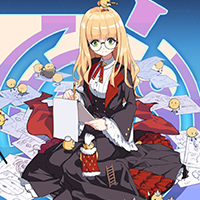 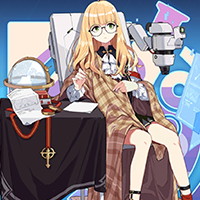 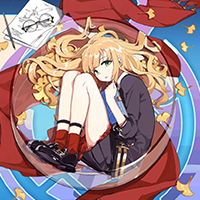 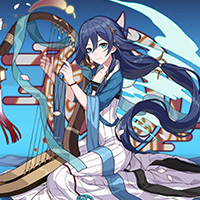 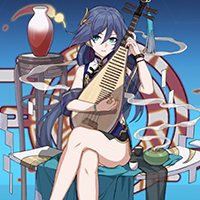 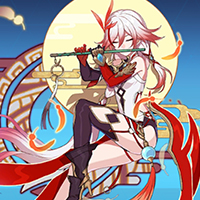 [Fu Hua Musician Set] are next on the list as it provide almost the same buff (if not lower) as the first set and it can be exchanged with Imaginon in Foundry. This set provides decent Fire DMG especially against ignited enemies. Not only it will buff the battlesuit, it also buff the entire team with the 2-pc set which are very convenient with enemies that are weak toward fire element. 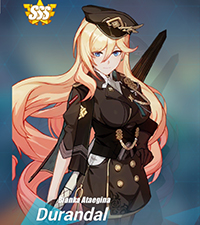 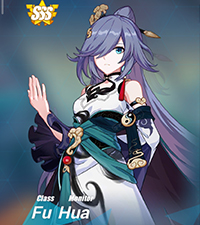 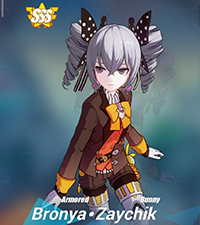 [Azure Empyrea] and [Wolf Dawn] are suitable for [Valkrie Gloria] as both of them are battlesuit with support buff. [Azure Empyrea]'s ultimate deals 1800% ATK of Fire DMG against all enemies and boosts the team's All Elemental DMG while [Wolf Dawn]'s Barrier gives the team an increased Elemental Damage when it's not broken.

[Hoshina's opinion: To be honest, her weapon is a new type so dear Beginner need to take some time to get used to her attack, combo and timing, including the counterattack throw before bringing her into real combat stage. But for Veteran/Master, I trust that they can get used to it in no time as they got more experience in switching between battlesuit and used in frequent weapon-changing. All in all, [Valkyrie Gloria] is one powerful Close-range battlesuit with a unique weapon and weapon skill that are quite tricky for catching the timing () but is very VERY fun to train with her to get used to her skill. Peace out.

Thank you for reading!