A lance imbued with the power of fire made by Schicksal's St. 1504 Labs. It is said that when it was first put into actual combat, the flame it generated slit the darkness and tore up the night sky, like the very moment of dawn.

[SP: 0] [CD: 25s] Launches a thrust attack, dealing 50% ATK of Physical DMG. If the thrust hits an enemy who is not in Invincibility or Iron Body state, then unleashes Throw ATK, controlling the target and dealing 90% ATK of Physical DMG + 1,500.0% ATK of Fire DMG. White an enemy is launching certain moves, the wielder can unleash a counterstrike Throw with no restrictions when the weapon skill button flashes to control the enemy and deal 20% ATK of Physical DMG + 800.0% ATK of Fire DMG; this attack has no CD. When this Throw hits the target, generates an 11s Flame Aura centering around the wielder, which makes nearby enemies take 15.0% more Fire DMG and deals Fire DMG equal to 35% of the wielder's ATK against them every 0.5s.

An free SP-cost Throw Attack that deals massive damage and can inflict fire vulnerability. Because this attack only revolves around its cooldown, it's a great way to max out its Fiery Cleansing skill as well as invoke a fire dmg intake debuff. This weapon skill comes with a bonus of countering striking certain enemy attacks as well  that comes with its own set of bonus dmg. Do keep in mind that there are different animations for the same weapon skill depending on the size of the impaled target.

The passive offers bonus Fire DMG in 8 second stacks (10 max), for a max of 40% Fire DMG bonus. However, since stacks durations are not extended when another stack is gained, it's highly recommended to use an Ultimate or Throw ATK to gain all 10 stacks. And because this can be easily achieved, this passive weapon skill is indispensable. 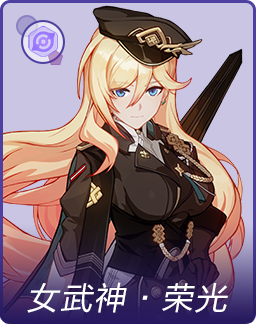 Valkyrie Gloria (VG) is Bianka Ataegina's debut and Quantum Fire-Elemental A-rank battlesuit. As the only Lancer-using valkyrie and battlesuit in this version, only VG can wield Eos Gloria. This makes her the best, worse, and only choice of valkyrie to equip Eos Gloria to at the moment. Eos Gloria's active weapon, a Throw Attack, can help trigger VG's Medal of Victory skill to recover her Resolve meter and max out Leeuwenhoek T's TDM stacks. In other words, upon a single weapon skill, VG can set up for some serious DMG with both her Charged ATKs and Ultimate following immediately after! 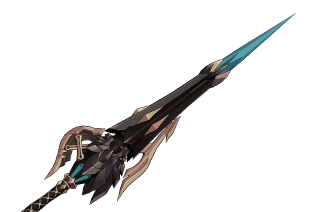