Fuxi - Hexagrams of Fuxi is one of the earliest stigmata set in the game. Fuxi is an ALL Elemental DMG set specialized against enemies that are vulnerable to either frozen, paralyzed or ignited status. You can forge it from Bounty Mark!

FUXI T gives a huge 92% Elemental DMG on attacks against frozen enemies, the highest Elemental DMG bonus of any top piece in the game. However, the problems with this piece are:

Only Argent Knight: Artemis (AKA) can reliably freeze mobs with her Charged ATK. However, I don't recommend forging Fuxi T just for mobbing purposes on AKA, since Foundry equipment takes a lot of resources and time.

FUXI M  gives a strong 92% Elemental DMG boost on attacks against paralyzed enemies, the highest elemental dmg bonus of any mid-piece in the game. It is great on Elemental DPS that can reliably apply paralyze, which are:

Hawk of the Fog and Lightning Empress

Hawk of the Fog (HF) is a powerful Lightning DPS, and applies paralyze on her strongest attacks - AB and Ultimate. Lightning Empress (LE) is also a viable DPS, but HF does an overall better job.

Keep in mind that most bosses are immune to paralyze, so Fuxi M is only suitable against Abyss mobs. One exception is Padrino - HF with Fuxi M can get a high score against Padrino in Memorial Arena.

FUXI B gives a huge 51% Elemental DMG boost on attacks against ignited enemies. This is the most versatile piece out of the entire set because

This set might be useful to reduce Knight Moonbeam's evasion cooldown, which enables you to trigger time fracture much faster. However, it can be substituted with Zhuge Kongming T, Sirin Ascendant M, or Allan Poe B, which also reduce Evasion skill CD, but as a single-piece effect.

60% Elemental DMG is pretty good. However, you need to freeze, paralyze and ignite enemies to get the benefits of all single-piece effects, which is impossible, because: 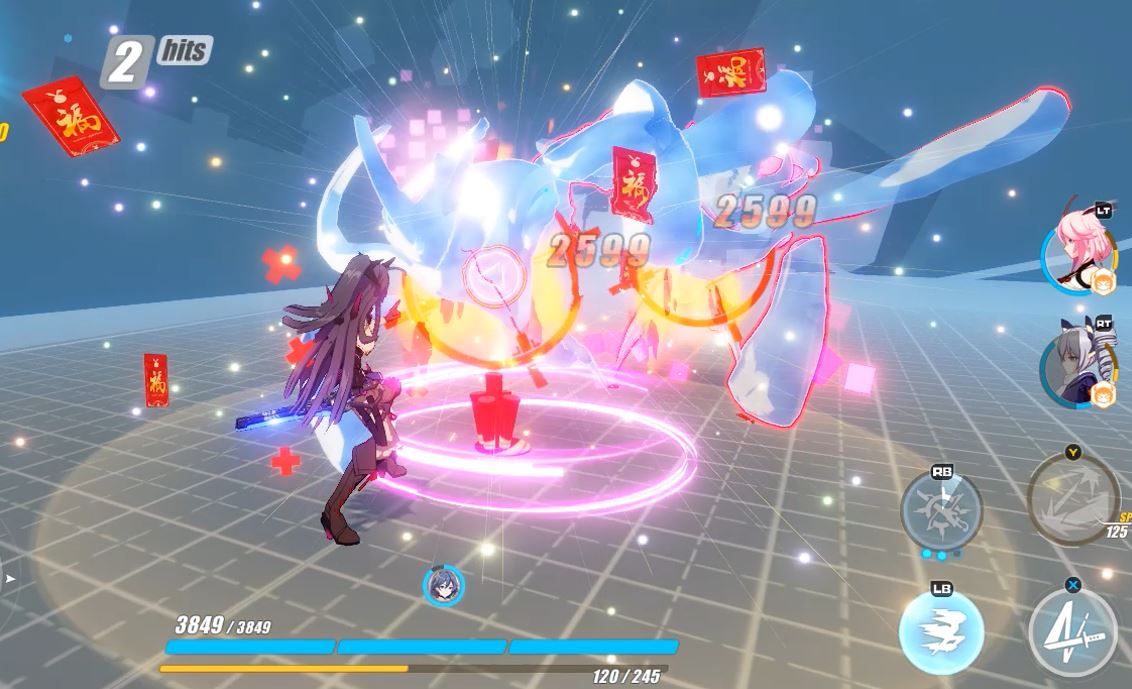 Image shows Chariot affected by both ignite and frozen status.

MAG-Typhoon failed to apply paralyze, and FS QTE does not get triggered.

That's it. I hope this has been helpful for you captains.
Spend your resources wisely and keep fighting for all that's beautiful in the world.
If you have any more questions, visit Honkai Official Discord or just ask my apprentice, Marisa Honkai (Discord / Youtube). Bye~