Azure Empyrea (AE) is Fu Hua's S-rank battlesuit introduced in v3.7, marking her ascension from Phoenix to a Celestial.

AE is considered a Tier 0 elemental support unit, for these reasons:

This guide aims to help captains get to know her skills and learn how to operate her. Start reading or click any of these subtopics:

This is just an example to give you a basic idea on how it works. Now, let's get into AE skills.

Basic ATK is a four-sequence attack that deals Fire DMG. Tap  ULT button to gain Yin , and  ATK button to gain Yang  (displayed above HP bar). AE can store up to 3 Yin-Yang, and won't gain any more counter until you clear them using Combo ATK.

Combo ATK - YIN-YANG TEMPO
When you have 3 Yin-Yang counters, hold the ATK button to clear the counters and unleash Combo ATK. Combo ATK changes according to your Yin Yang counters.

Combo ATK Bonus
AE also has a few bonuses when using any one of the Combo ATKs.

1) Hex of Crucibles and Drowning: On hit, Combo ATKs give these additional effects

2) Hex of Reburn: If 2 consecutive Combo ATK are -

AE's Ultimate skill is EMPERYAN SUNDER. Costs 125 SP with 5s CD. This is the only skill in the game that provides Elemental Breach for the team. Here are its full effects:

How good is this actually? 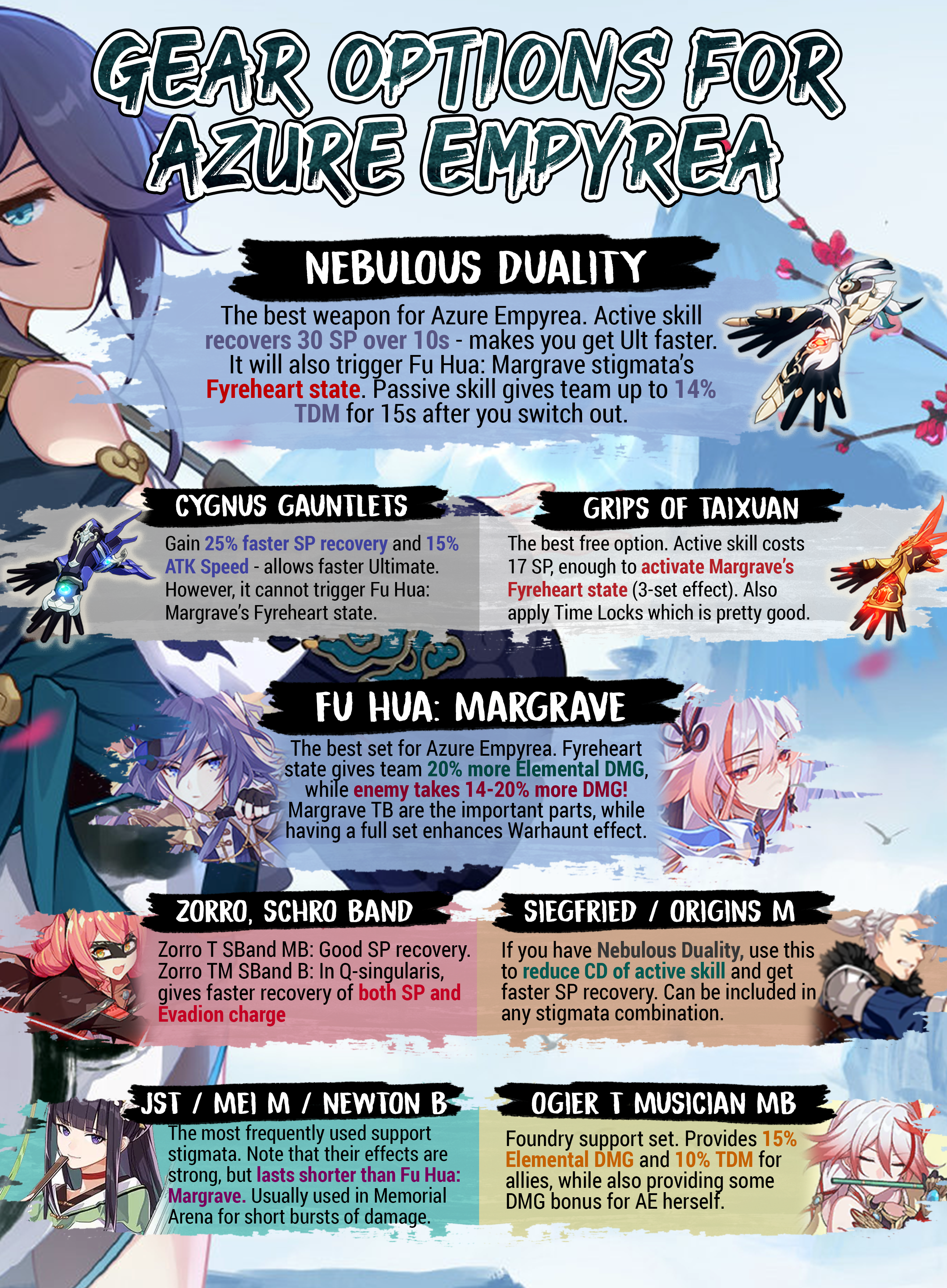 Team Options
AE is an elemental support, so she is usually paired with another support such as Blood Dance carrier or Lightning Empress. If AE is the leader, make sure to have three different types for the bonus TDM. 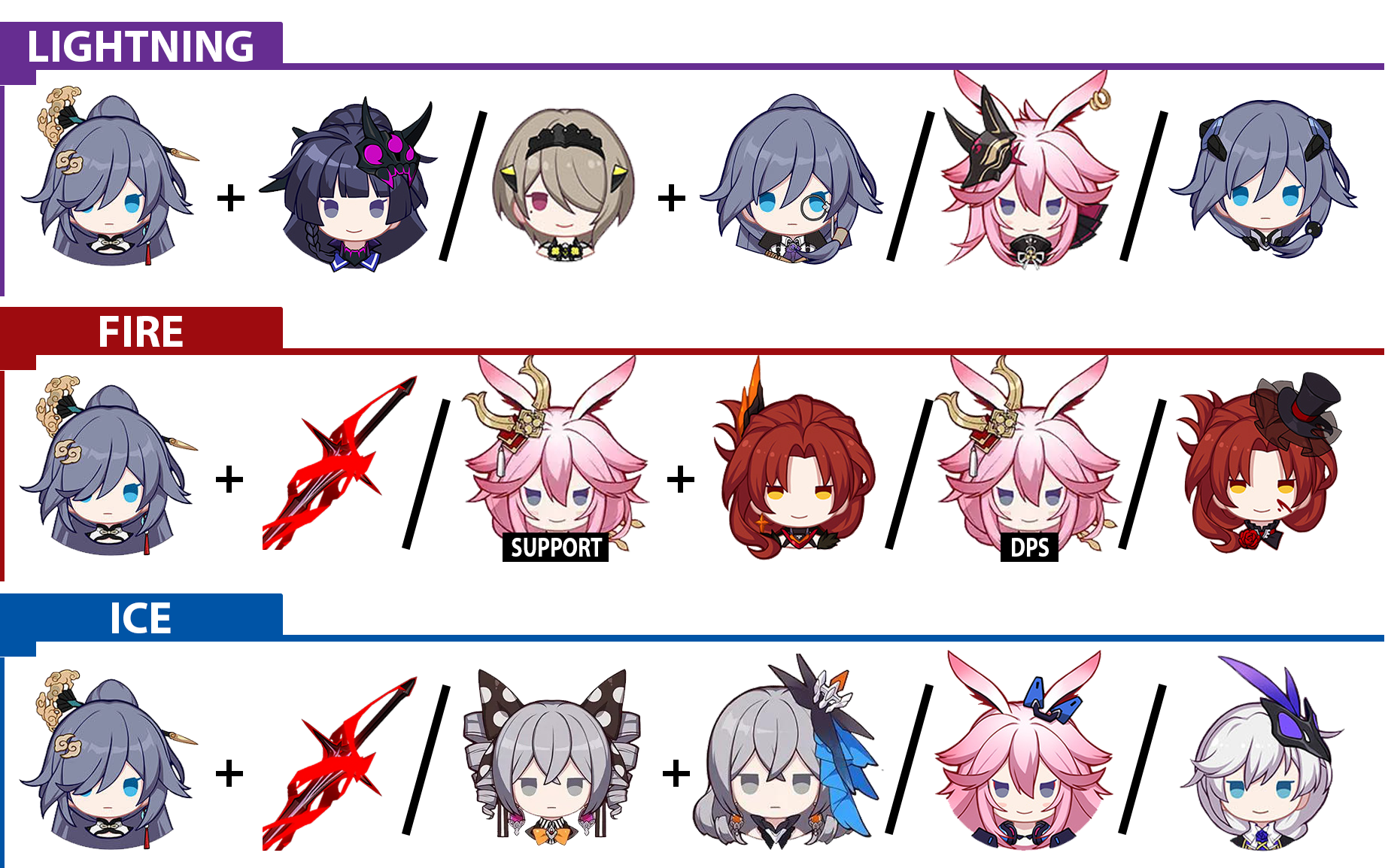 Here are some gameplay examples from CN server

Should I get Azure Empyrea?

For competitive players, AE will help you in these few ways~

If you do not get AE, you might still retain Red Lotus, but will be risking retention spot if you are up against AE owners. Also, SEA and Global server Disturbances have been rising steadily recently. You will have a hard time climbing once Disturbance is too high.

Azure Empyrea is a top-tier Elemental Support, providing Elemental Breach for allies. If you have any question or wants to discuss more about Azure Empyrea, join the Official Global Discord - discord.gg/hi3 , or find me at Discord - Marisa#4065 and my Youtube channel.