Zhangheng - Observer Set is a forgeable stigmata set in Foundry. Since its debut, all the pieces are considered costly and mediocre. Most captains only forge Zhangheng M to get Ekaterina M in Bounty Mark.
That was… until Hawk of the Fog (HF) arrived, and was able to utilize the bottom piece to nuke bosses in both Arena and Abyss. In this article, I will discuss the strength of every Zhangheng piece, how they fare in current meta and how to use them. 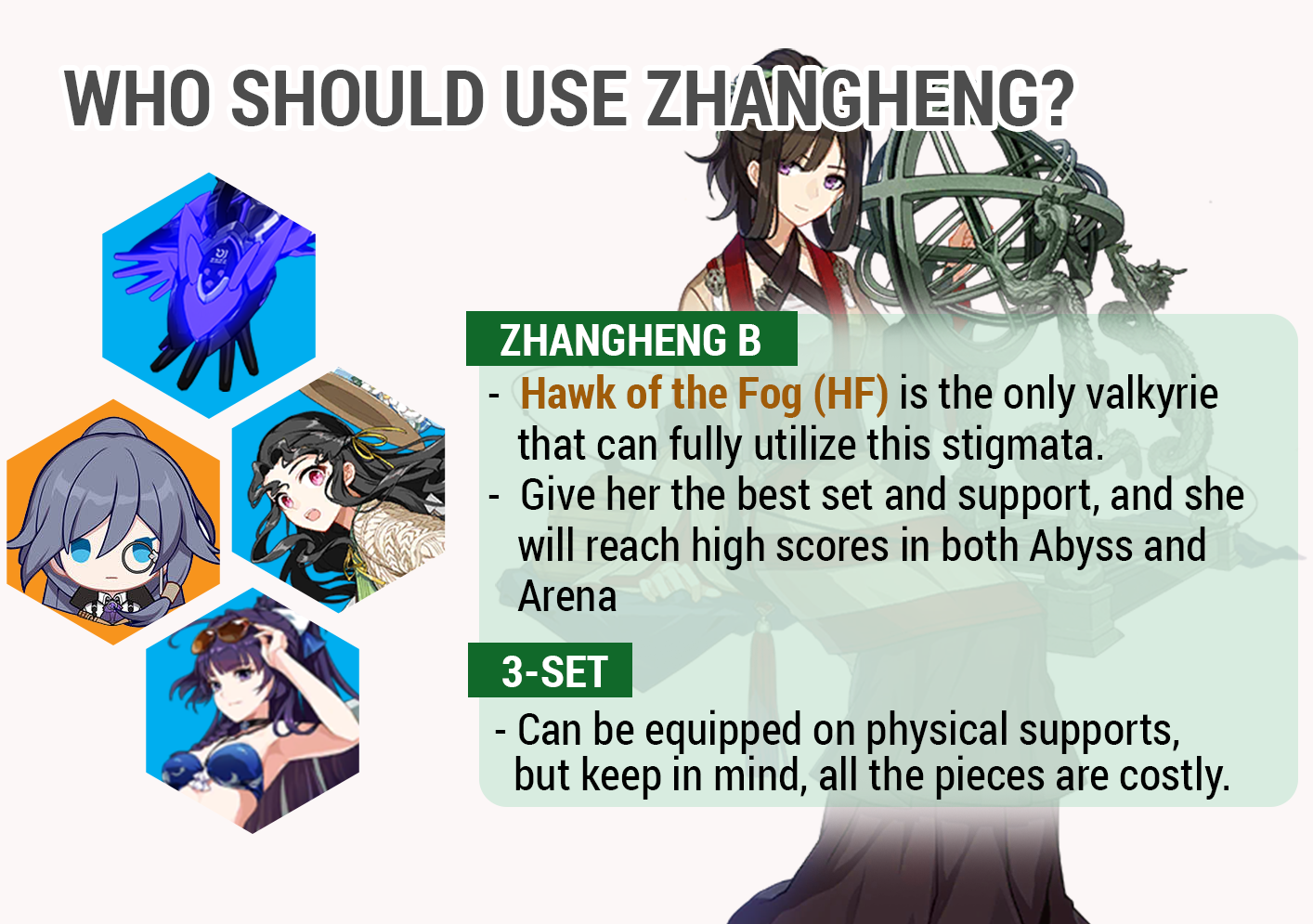