In this guide we will be going over the Armada overhaul in version 3.6. The two major Armada content, Armada Matrix and Boss Invasion will be scraped and replaced in the coming update.  Matrix will be removed completely; Captains will notice an increase in Ranger Creds from their daily commission rewards to compensate. In place of Boss Invasion, there will be a new game mode called Sim Battle.

The Armada contents revolve around the Ranger Creds currency. They are often used to buy some desirable stigmatas like the Dark Jixuanyuan M stigmata and resources like Phase Shifters, Time Seal Boxes, and ELF materials. Secondly, you may also spend 5K Ranger Creds to buy a 4* weapon that can be salvaged for Honkai Cubes. So for this guide, the Ranger Creds rewards will be a major point of comparison. 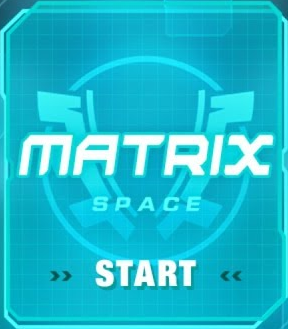 Previously, you would get 4-6 fuel each day from commissions to do Matrix, which usually nets around 9 Ranger Creds each. There are also weekly matrix exploration milestones that give additional Ranger Creds. Overall, you would get close to 400 Ranger Creds, along with some small number of Exp materials and SS/AE Cores each week from the Matrix.

The major downside is the incredible time sink these Matrix levels become. Matrix is also not particularly beginner friendly either with unclear buffs; captains that do not collect enough damage buffs will find higher levels to be extremely difficult.

In order to compensate for the Ranger Creds earned from Matrix, daily commission rewards now give approximately 40% more Ranger Creds. 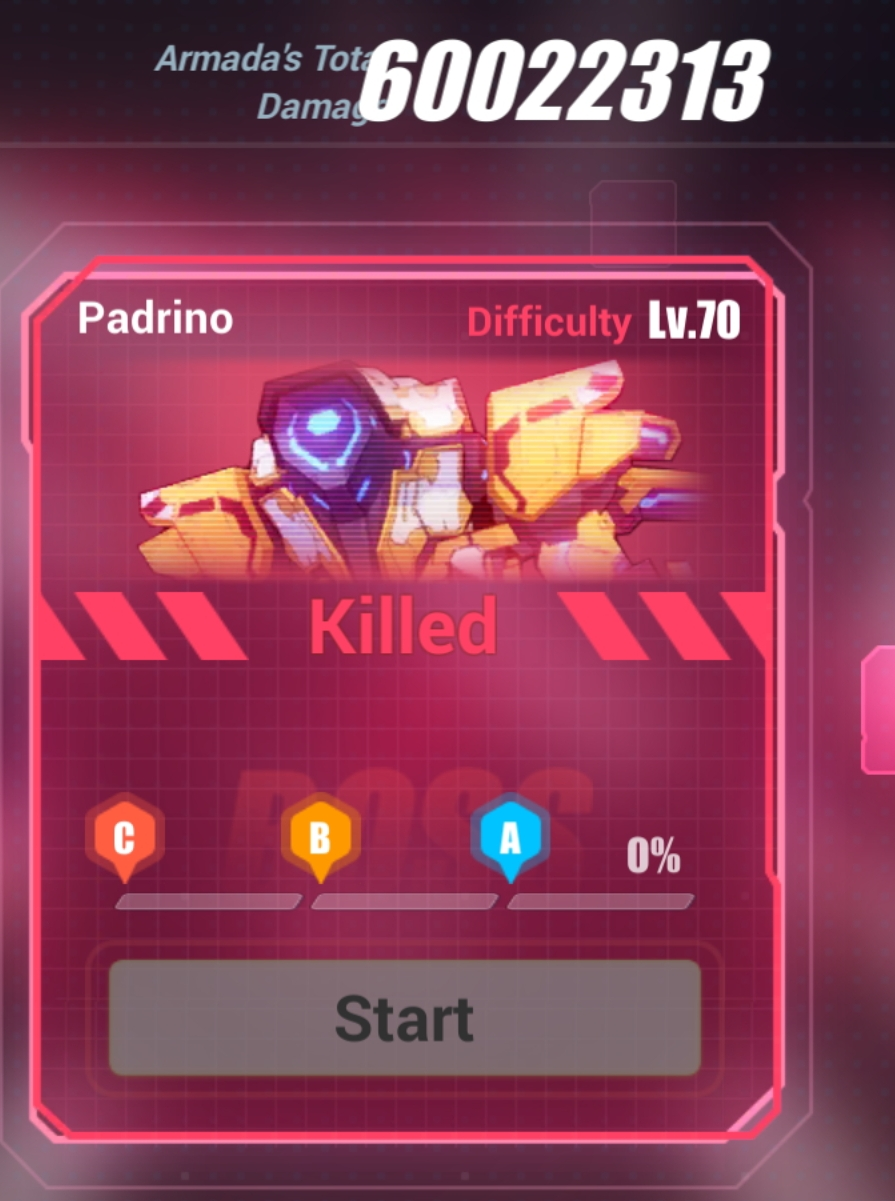 Armada Boss Invasion has a random mini boss spawn each day for a few hours. The Armada would have to work together to bring it down. The boss at max level has 60 mil HP and each attempt's damage is can deal a maximum of 10% of its max HP. As a reward, anyone who participated will get around 75-80 Ranger Creds for their troubles. These bosses are extremely easy and can easily be knocked down with good team coordination. Because of this, what ends up happening is the strong members of the Armada gets together and kills it within the first 30-60 minutes of the spawn and everyone else can tag in for the late kill to get the rewards. This makes it very grindy for the people killing it, and very boring the those that are not. 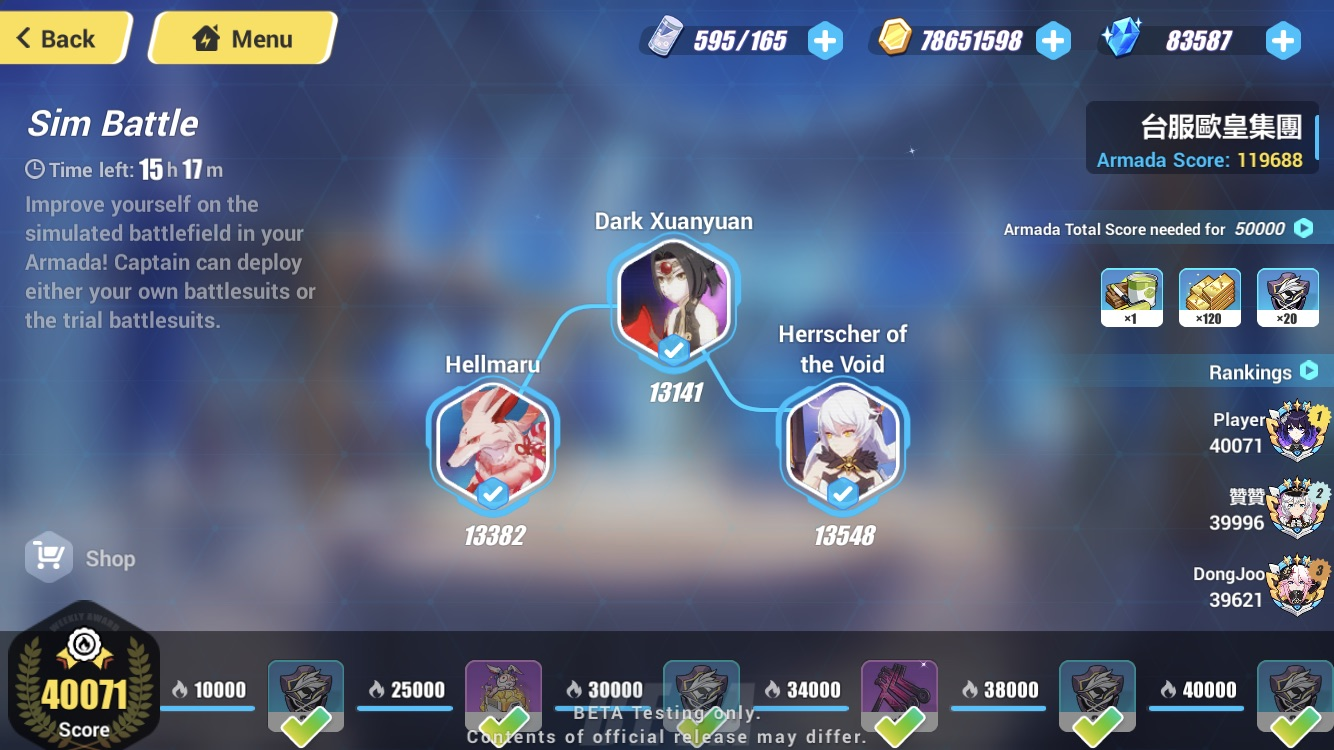 The new mode Sim Battle will no longer feature a Co-op option. Instead, it will have individual captains face up against three random bosses cycled throughout a week. This means instead of fighting each day of the week, you will need to fight sets of bosses a few times a week.

Here is a video of me clearing out a new cycle in approximately 5 minutes, which will reset every 2-3 days. This will be much better than chipping at a boss 1-3 times each day. 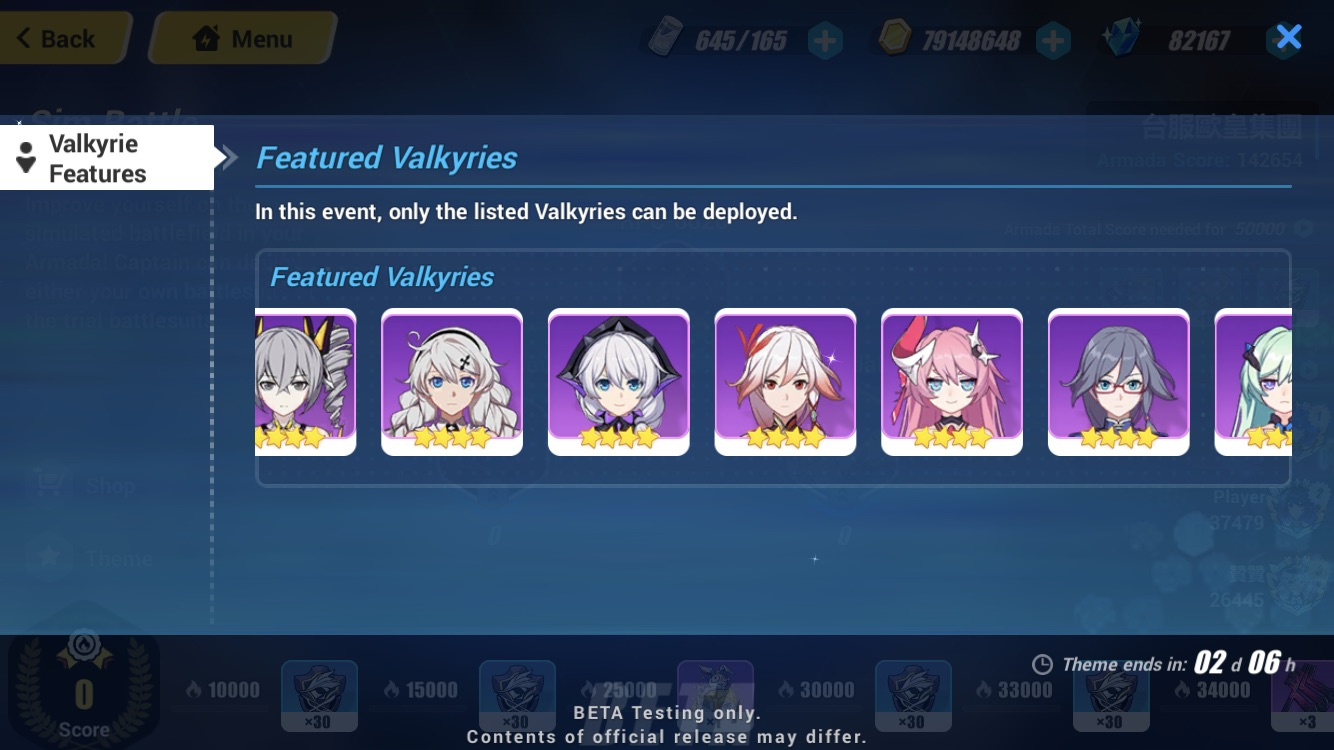 Along with those bosses come trial valkyries to fight them. Which valkyries you may use is specified each cycle. In fact, they are actually quite well equipped and easily dispatch their corresponding bosses. The goal of each Captain is to reach 40k points in their battles, which are very easily done with the trial valkyries provided.

For veterans, you may also deploy to your own valkyries, but you cannot pick a valkyrie that was not available in trial mode. The rewards you will receive includes 120 Ranger Creds, 50k gold, and 3 Advanced Skill Material. 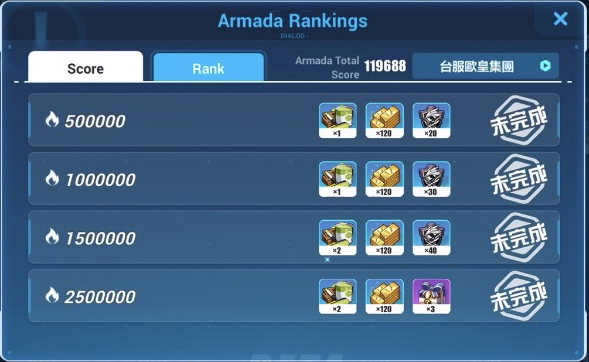 The solo gameplay does not mean Armadas will not need to come together to ensure victory. Each captains score will be added to the rest of the Armada and the Armada will gain rewards after reaching certain milestones. The highest milestone is 2.5 million points. Assuming each captain reaches 40k points, this will take the collected effort of 63 captains. At 2.5 million points, Armada members will receive a total of 90 Ranger Creds and 3 Armada Bonus Packs. This totals each Sim Battle cycle to give a maximum of 210 Ranger Creds.

There is one major downside to this rework. Boss Invasion was one of the few modes where you can freely test out loadouts with a timer and damage dealt tracker. Hopefully this feature can find its way in another form soon.

Overall, these changes made the Armada content less of a daily grind, and more inclusive to all members. Being able to deploy exclusive and expensive valkyries, with Sim Battle, in a competitive environment against bosses will be extremely educational to newer players. By having such a high Armada goal for rewards, it also incentivises Armadas to maintain an active player base and have all its captains contribute meaningfully, regardless of captain level.