Ishikawa Goemon is a new Lightning Damage stigmata set introduced in version 3.6. In this guide, we will go over the function of the stigmata set, which valkyries will enjoy the set the most, and how it stacks up against the sets from the past. 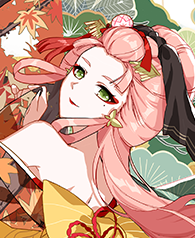 Dancing: The host gains 1 stack of Dance Art when dealing damage with melee ATKs. Each stack gives 5% total damage reduction and 7% Lightning damage and while under Kenbu mode (2set bonus), a stack grants another 5% Lightning damage. Maximum of 3 stacks, and a cooldown of 5 seconds for each stack. Stacks have no duration but will be lost when attacked; cooldown for losing stack is 3 seconds. 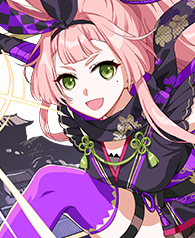 Ninja: Increase Total damage by 20%. For 6 seconds after activating an ultimate, host gains 15% Lightning damage and another 10% lightning damage if in Kenbu mode. Cooldown of 18 seconds. 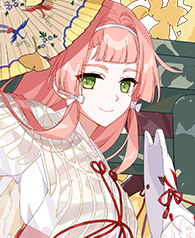 Ishikawa Goemon (T): Provides 5% Total damage reduction and 7% Lightning damage in small stacks triggered by Melee attacks. If activated alongside Ishikawa Goemon's 2 piece bonus, the Lightning damage is increased to 12% per stack. With a maximum of three stacks, the stigmata will be able to potentially increase the user's Lightning damage between 7% to 36%. The downside is that the stacks have a ramp up time, having a 5s cooldown before gaining another stack. Secondly, being hit will remove a stack, making it important to play safe and dodge effectively. Overall, this stigmata is weaker than older stigmatas like Shakespeare T and Monet T as a standalone, but could be useful at fulfilling the 2 piece bonus requirement.

Ishikawa Goemon (M): This gives 20% Total damage unconditionally and another 15-25% Lightning damage after ultimate. This is by far the strongest standalone lightning damage (M) stigmata, provided the valkyrie has an accessible ultimate and have burst rotations around her ultimate. Otherwise, Monet M, Nagamitsu M, or Mei Beach party M may be better.

Ishikawa Goemon (B): Provides an unconditional 35% Lightning damage and a bonus 60-120% ATK of Lightning damage to an attack after ultimate evasion. This makes it the best standalone Lightning damage (B) stigmata, beating out Tesla Band B for being part of a better set bonus, and Otto B which is limited by the summoned condition.

2-pc bonus: By far the most important part of this stigmata set, it is strongly recommended to try to gather at least 2 pieces of the set if you wish to run it. By having access to Kenbu mode, valkyries will gain 30% Total damage and further increase the strengths of each individual stigmata.

3-pc bonus: This bonus is very mediocre. You gain 30% total damage reduction and interrupt immunity only once every 15s and a burst of 400hp heal when under 50% health but on an even longer 20s cooldown. Often times Ishikawa Goemon T will be the weakest of the set and you should only use Ishikawa Goemon T if its the best (T) stigmata you have.

From here we see that from a generic damage standpoint, Shakespeare T with Ishikawa Goemon M/B 2 piece will be the new general Lightning damage option, with the least conditions. However, the conditions remain: valkyrie must be able to reliably perform its ultimate and combo Atks. Monet set remains the most flexible option, being able to function with just two pieces and allowing for a flexible 3rd option.

Hawk of the Fog and Darkbolt Jonin

For being Darkbolt Jonin's (DJ) signature, it is ironic that it currently fits Hawk of the Fog (HF) the best. HF's playstyle meets all of Ishikawa Goemon's conditions. HF is a Fu Hua battlesuit, meaning she will constantly perform Combo Atks for Kenbu mode. HF has a 50sp ultimate and quick SP gain, allowing her to benefit from Ishikawa Goemon M particularly well. HF also have heavy incentive to perform Ultimate Evasions due to her skill Jolting Riposte and her Ultimate, which synergizes with Ishikawa Goemon B.

However, there are downsides as well. HF is a strong source for paralysis, which can be exploited by stigmatas like Fuxi M and Cleopatra B and Ishikawa Goemon's damage numbers simply cannot match the aforementioned. Secondly, it's mentioned that HF benefits from Ultimate Evasions and nothing synergizes that better than Zhangheng B which will also be a strong competitor against Ishikawa Goemon. Thirdly, HF, like most other Fu Hua battlesuits, benefits greatly from attack speed and Ishikawa Goemon provides none. But, paralysis immunity is common among bosses and Ultimate Evasion is reliant on the enemy's attack pattern, therefore, Ishikawa Goemon is still the best generic set for HF.

For DJ, there really is not a close second best. Ishikawa Goemon is the uncontested Best in Slot (BiS) for DJ. While DJ's ultimate does carry a hefty 100sp cost, DJ has good sp regen from her Basic Atks, Combo Atks, and Ultimate evasion. This combined with a strong focus on Combo Atks, makes it easy for DJ to take advantage of the Ishikawa Goemon Stigmata set.

Lightning Empress (LE) and Shadow Knight (SK) can use Ishikawa Goemon, if left without better options. Both LE and Sk have big damage multipliers against enemies that are Slowed, making Monet set a much stronger option when it is applicable.

While SK has an ultimate to trigger Ishikawa Goemon M, 6s is barely enough time for SK to exploit it, especially without any additional attack speed modifiers. LE on the other hand, does not even have an ultimate she wants to use to exploit it, making it subpar on both.

Don't even try it!

Finally we have the valkyries that cannot reap in the benefits of the Ishikawa Goemon set. Both Valkyrie Pledge (VP) and Phantom Iron (PI) does not a Combo Atk to trigger Kenbu mode and have much better suited stigmatas like Otto B and the Caravaggio set, making Ishikawa Goemon a weak option for these two valkyries.

Ishikawa Goemon is a strong Lightning damage stigmata that will compete and overthrow Monet as the traditional go-to stigmatas of choice for general Lightning damage. The two pieces you will want the most are the Middle and Bottom stigmatas to capitalize on the strong 2 piece bonus. While it is not necessarily the best on every Lightning valkyrie, it is on the featured valkyrie of version 3.5: Hawk of the Fog, and the hot new valkyrie: Darkbolt Jonin.