Using the formation in the picture above, Darkbolt Jonin can maximize the use of her passive skill. However, she cannot use her QTE as an ignited enemy is required to trigger her QTE. Thus, captains will choose whether to maximize her passive skill or change the line up to use her QTE.

If captains should choose to use her QTE and maximize the QTE of the entire team, the Valkyries that can be used are Phoenix, Blood Rose, Flame Sakitama, Sakuno Rondo, and Vermillion Knight: Eclipse. If the Valkyrie to be replaced is Valkyrie Accipter, Phoenix and Blood Rose are the least to be chosen because triggering their QTE cannot be triggered with the skills of Darkbolt Jonin and Lightning Empress.

As for Flame Sakitama, utilizing the follow-up attack when the circle appears triggers the QTE for Darkbolt Jonin.

Using the basic attack of Darkbolt Jonin can easily lift up an enemy which can then trigger Lightning Empress’ QTE. 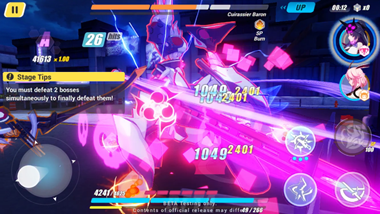 To trigger the QTE of Flame Sakitama, the basic attack and evasion of Lightning Empress will suffice. 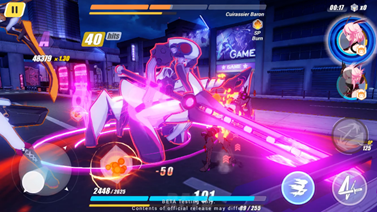 This then can maximize the QTE of the entire team. The process for Flame Sakitama is quite similar to Sakuno Rondo as the requirement for triggering their QTE is the same.

For stages where captains do not know what enemy will appear, having one Biologic, Psychic, and Mecha each would be better and adding Vermillion Knight: Eclipse to the formation is the best choice. 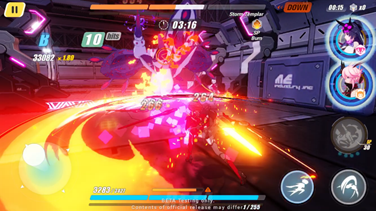 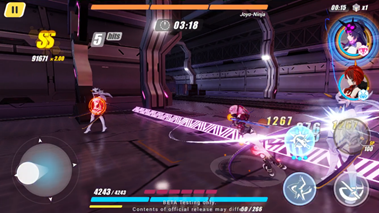 Using the evasion of Darkbolt Jonin will produce a double and just after her double explodes, it will trigger the QTE of Vermillion Knight: Eclipse. 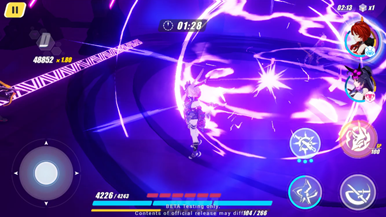 Another way to trigger Vermillion Knight: Eclipse using Lightning Empress is when she used her QTE or Ultimate. 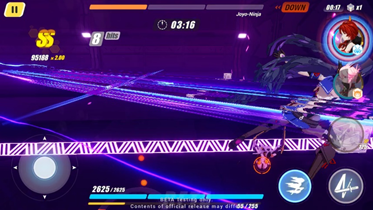 This can then maximize the use of QTE of Valkyries because they can use their QTE one after the other.