Stygian Nymph is a Quantum-type Seele battlesuit that arrives in version 3.5. She comes as an S-Rank Battlesuit, and therefore is only obtainable through a limited-time Expansion Supply.
Because of her innate Time Fracture and excellent burst damage capability, she functions extremely well as a Memorial Arena powerhouse, being able to achieve competitive scores on a wide variety of bosses. She also synergizes with many different support characters, most notably Celestial Hymn with 11th Leitourgia.
On the other hand, Stygian Nymph is extremely dependent on gears, requiring top-end equipments on both herself and her teammates for optimal performance. And for that reason, she is recommended for medium to high spenders of the game.

Stygian Nymph consists of two distinct personalities, which can be swapped during gameplay by pressing the Ultimate button:

Unlike the Olenyeva sisters, these two personalities share the same HP and SP bars, and only take up one slot in a lineup.
The active personality is remembered when you switch to another character, but Saule is defaulted to appear first after a loading screen. At the start of a battle, she gains 5 SP per second for 10s.

Unlocks a 400-point energy gauge that is shared by Saule and Veliona. This gauge is required to perform Charge attack by both personalities,

In combat, a solid white bar means either a full Saulian Ego, or an empty Veilian Id gauge. 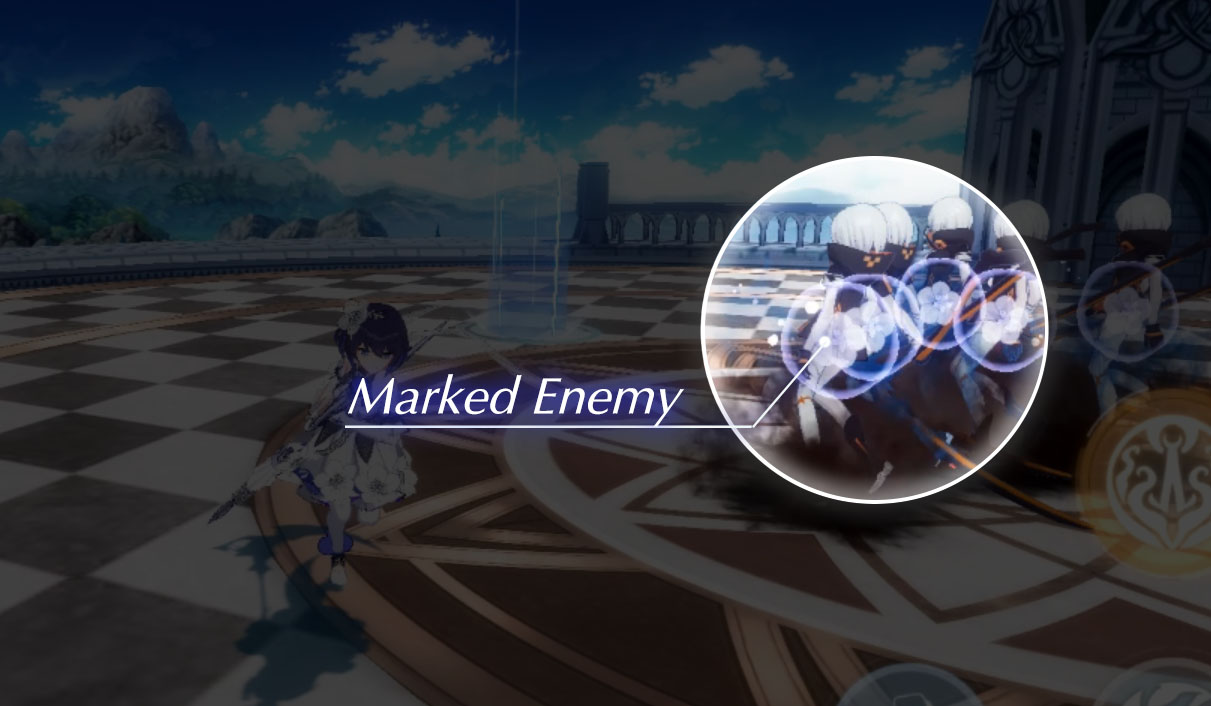 Saule's Charge attack marks affected enemies with a 20-second Sunnebrand. Any Charge attack made by Saule (including the initial cast) will cause this mark to resonate, dealing 400% Physical Damage to the enemy, and a small area around it. Resonating a mark does not cause it to disappear.
This form of AOE damage is comparable to Sixth Serenade's Raven Mark, and works best against grouped mobs.
Alternatively, Saule can instantly convert any present Veilmark into Sunnebrands when she is summoned by Veliona.

At full Saulian Ego, hold the Attack button during any Basic Attack, Evasion, or QTE to launch a wide-range slash that deals 2x150% of Melee Physical Damage, and causes any affected Sunnebrand to resonate, dealing extra group damage.
Alternatively, Saule can chain into Charge Attack automatically after her 5th Basic Attack, if she has full Saulian Ego. This means you can alternate between her Basic and Charge attacks simply by mashing the Attack button.

The last hit of Saule's Ultimate is a Heavy Attack, which deals more damage to shields.
Since Veliona always enter with a full Veilian Id, it's recommended to empty Saulian Ego (by performing Charge attack) by Saule before casting Ultimate to not waste any damage.

Veliona's Charge attack marks affected enemies with a 20-second Veilmark. Any Charge attack made by her (including the initial cast) will cause this mark to resonate, dealing 500% Physical Damage to the enemy. Resonating a mark does not cause it to disappear.
Alternatively, Veliona can instantly convert any present Sunnebrands into Veilmarks when she is summoned by Saule.

Veliona performs a 4-sequence attacks to the enemies, dealing [120% + 440% + 300% + 450%] of Melee Physical Damage and recovers a total of 200 Veilian Id. Each of her tentacle attacks will also lift and immobilize enemies for 1 second. Veliona has Interrupt Resist and 40% Total DMG Reduction for the entire duration she's on the field.
Veliona's 3rd and 4th Basic Attacks are also Heavy Attacks, dealing more damage to shields.

At full Veilian Id, hold the Attack button during any Basic Attack, Evasion, or QTE to launch a wide-range slash that deals 400% of Melee Physical Damage, and causes any affected Veilmark to resonate, dealing extra damage.
Veliona can also chain into Charge Attack automatically after her 4th Basic Attack, if she has full Veilian Id. And yes, you can also alternate between her Basic and Charge attacks simply by mashing the Attack button.

Veliona's attacks also contains several bonuses depending on enemy conditions, but with some small changes:

Veliona inflicts Quantum Collapse on all Quantum enemies caught in the range, awakens Saule, deals a total of 3000% Physical Damage, recovers 400 Saulian Ego and inflicts all affected enemies with Sunnebrands. For 12 seconds after awakening, Saule gains Interrupt Resist, 25% bonus Physical DMG, 40% DMG Reduction, and double Saulian Ego regen. Saule is also allowed to chain the 3rd Basic Attack to the 5th Attack (skipping the weak 4th one), and fully recovers Saulian Ego after this attack.
The last hit of Veliona's Ultimate is also a Heavy Attack.
It's also recommended to empty Veilian Id (by performing Charge attack) by Veliona before casting Ultimate to not waste any damage.

Evasion Skill on Saule and Veliona are largely similar. Performing Ultimate Evasion allows them to pass through enemies, recovers 400 Saulian Ego/Veilian Id (100 if on cooldown), and activates a 3-second Time Fracture. This skill has a 15-second cooldown.
The skill [Lasting Ties] allows both Saule and Veliona to activate Evasion Skill simply by dashing through enemies. The Evasion cooldown is reduced to 13 seconds, but Time Fracture duration is also reduced to 2s.
After performing Ultimate Evasion, both Saule and Veliona can chain into their 4th Basic Attacks. This allows them to do quick bursts of damage.

Triggers when an enemy is Weakened or Time Slowed. Recovers 400 Saulian Ego/Veilian Id, deals 800% / 900% of Physical DMG, and inflicts Sunnebrand/Veilmark to enemies, depends on whether Saule or Veliona is currently active. Both of them can instantly perform Charge Attack after QTE by holding the Attack button. Only Veliona's QTE counts as a Heavy Attack.

From the skill descriptions, it can be seen that all of Stygian Nymph's moves are very easy to perform. Simply mash the Attack button to alter between Basic and Charge Attacks, add in an Evasion when it's off cooldown, and you already have a pretty efficient combo chain. As such, the majority of Stygian Nymph's playstyle comes from managing cooldowns and her SP Gauge.

It may implies that Saule is the go-to solution for sustained AOE damage, but in reality her mobbing performance is mediocre. She has the exact same problem as with Sixth Serenade: Both of their AOE damage scales with the enemy count, but since the introduction of the new Abyss modes, there are barely any situations where there are more than 5 enemies on screen. In fact, the previous Seele battlesuit Swallowtail Phantasm does a much better job at mobbing than her, and they can even share most of their equipment!

The main selling point of Stygian Nymph is Veliona's high Burst damage and Shield breaking capabilities. Since she gains a ton of buffs for a duration after being summoned, she can break a boss's Shield, deal truckloads of damage, and at higher ranks everything is kept under Time Fracture! And since she has no type weakness due to being Quantum-type, she is viable versus pretty much every Memorial Arena boss that is not Physical resistant.

For a team of Stygian Nymph, Celestial Hymn and Drive Kometa, an example damage cycle can be:

Path to Acheron suits Stygian Nymph's switch & burst playstyle like a glove. This weapon gives 20% Physical Damage, 30% Total DMG for Mark Resonation, and 10% Crit Rate plus 30% Crit DMG for 10 seconds following Switch skill or Ultimate. This bonus is especially useful since you will be constantly switching between Saule and Veliona, and other characters. Path to Acheron is the most important Gacha equipment for Stygian Nymph, without it she is just an average character.

Aphrodite is an acceptable option if you're fighting Mecha enemies. This weapon gives 20% Physical DMG, periodically deals Physical hits that become guaranteed crits on MECH enemies, and its Active skill deals 800% of Physical DMG. The problem with its Active skill is that it costs 18 SP, and might interfere with Stygian Nymph and Allan Poe's SP consumption buff.

Undine's Tale gives 20% Attack Speed, and 15% Total DMG for 6s following a Back Attack. Since both Saule and Veliona can pass through enemies easily with their Evasion Skills, they can keep the Total DMG buff up almost all the time.

New players can use the 4* weapon Azure Storm for an extra 12.7% Attack Speed. This weapon only takes 80 Honkai Shards to craft, and does not consume Honkai Cubes to level up, unlike Onyx Iron.

Allan Poe set provides 18% Crit Rate, 45% Total DMG, up to 40% additional Total DMG on Charge Attacks, up to 70% Crit DMG following a 100 SP Ultimate cast, and a varying Physical buff (up to 18% Crit Rate or 20% Physical DMG) based on how many enemies are on the field. The biggest downside is that you pretty much need the whole set, as you'll lose 25% Total DMG from the 3-set effect by mixing in any other piece.

The Kafka set also works with Stygian Nymph. The individual pieces gives a maximum of 20% Total DMG, 40% Physical DMG, 20% Crit Rate and Crit DMG. The 2-set effect also gives a 45% Total DMG buff for 12 seconds following a Charge Attack.
Since the 3-set effect doesn't benefit Stygian Nymph much (as she doesn't really need Combo count), you can mix in Michelangelo B for almost similar results.

F2P option for boss fights, giving Stygian Nymph 31% Total DMG and 87% Physical DMG at 40 Combos and above. Since Path of Acheron also provides constant HP recovery, she will have an easier time using Lier B.

As is the case with many recent battlesuits, Stygian Nymph arrived in an unfinished state. These bugs has been confirmed by miHoYo CN, and will be present in Patch 3.5 in all servers:

These bugs will only be fixed in Patch 3.6. At that time, any Captain who previously owned Stygian Nymph will be compensated with 200 Crystals.
In Patch 3.6, in addition to these bug fixes, I suspect miHoYo will make some adjustments to her skill set, such as to help with Saule's subpar sustained damage. And since Patch 3.6 hasn't arrived in CN yet, the position of Stygian Nymph in the meta is yet to be determined.

Another glaring issue with Stygian Nymph is that all of her attacks take up large portions of the screen, and this could cause incoming dangers to come unnoticed, especially when playing on phones. While there is no confirmed adjustments to this, you can make her effects less flashy by turning off HDR in the game's Video settings. 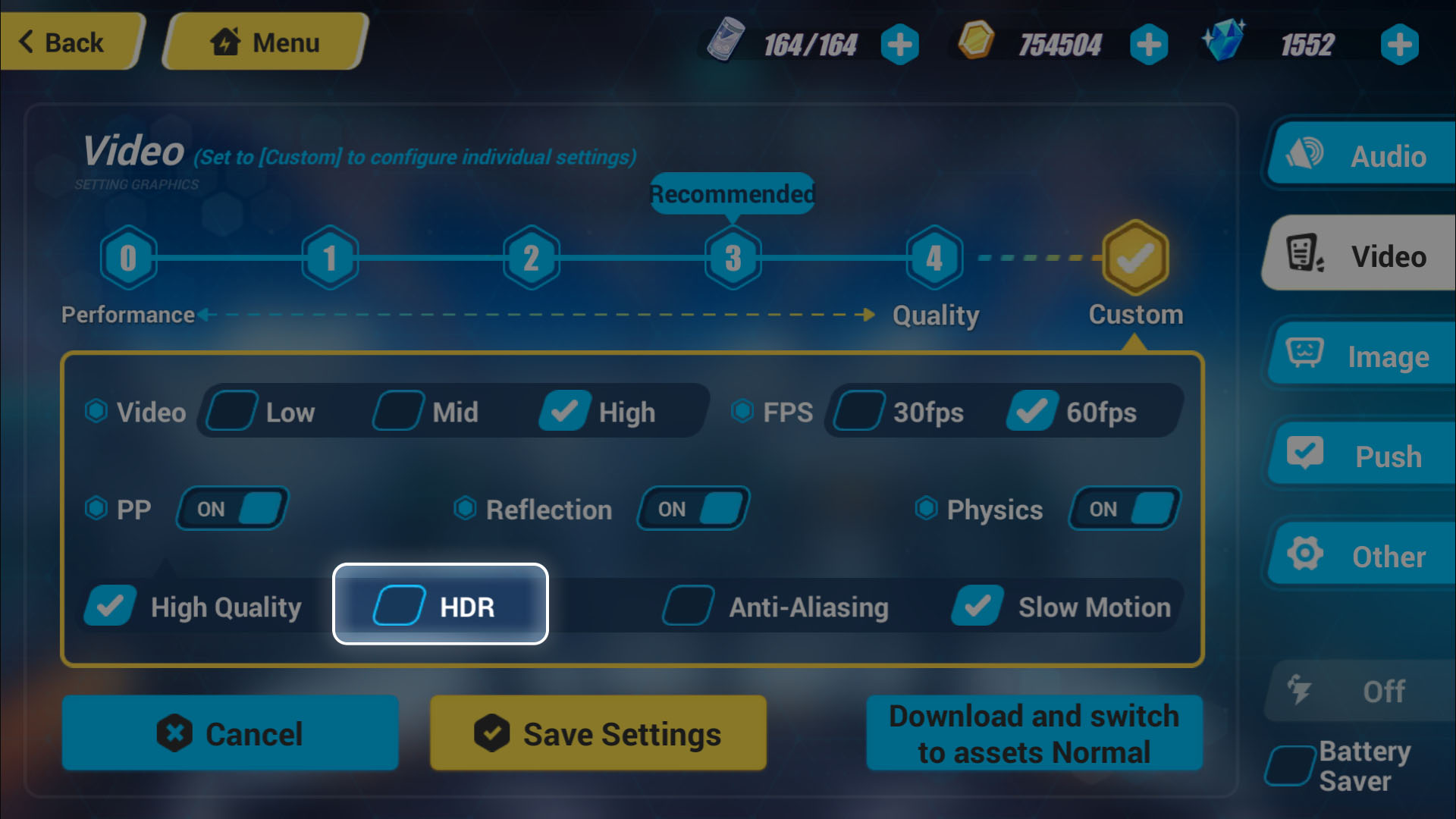 WHO SHOULD GET STYGIAN NYMPH?

Stygian Nymph, in some ways, feels a lot like Black Nucleus in the past. They both deal crazy amounts of Burst damage, are excellent versus many Memorial bosses, and depend heavily on gears and teammates for competitive performance. Therefore, Stygian Nymph is highly recommended for medium to high spenders, who are looking forward to top the Memorial leaderboards.

On the other hand, average players who are still struggling in Abyss may not find Stygian Nymph helpful. Her performance drops a lot with suboptimal setups, and the current bugs in 3.5 makes the problem even worse. Stygian Nymph is also not a great fit for new players, as they don't have access to top-end support characters (such as Celestial Hymn with 11th Leitourgia). I do not recommend average players to pull Stygian Nymph in 3.5, unless you plan to get her and all of her gears in one go. For new players looking to expand their lineups, Herrscher of Reason is a much better choice.