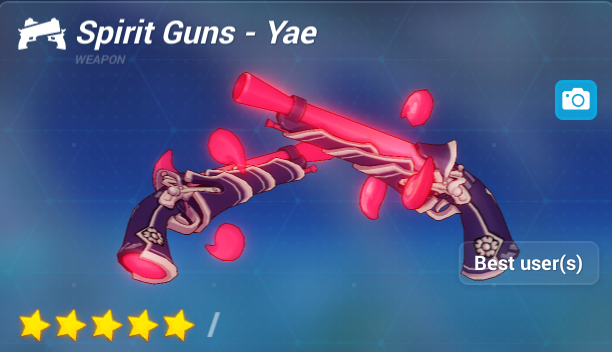 A member of Schicksal manufactured this pair of pistols many years ago in remembrance of a mysterious miko. This weapon now sleeps in the heart of Schicksal HQ.

Shin - Seven Sakura
An assault skill that deals up to 539% Physical DMG at 5★ and immobilizes enemies, allowing them to become easier to hit and kite. The skill is a little underwhelming given its long cooldown and high SP cost, and most of the time will go unused.

Night Sakura
The passive makes enemies bleed when attacking them in global time fracture. This deals damage as well as applies a debuff, which may enable teammates who benefit from the bleed debuff to deal more damage. Note that leveling up the weapon does not extend the bleed duration.

A niche support strategy for Knight Moonbeam which can be used against bosses that are susceptible to bleed. She is able to instantly cause a global time fracture upon dodging, and then instantly apply bleed. Other valks such as Night Squire may then take advantage of this bleed effect to deal extra damage.

The use of Spirit Guns - Yae on Herrscher of the Void is for a specific strategy involving a single rotation of extremely high damage burst. This utilizes Celestial Hymn as a secondary support in addition to Herrscher of the Void, and either Blueberry Blitz or Void Drifter as a damage dealer. Herrscher of the Void dodges through the target enemy to Time Lock them, and is followed up by Celestial Hymn's QTE. The time lock bubble pops in the middle of CH's QTE, and since CH's QTE causes a global time fracture, Spirit Guns - Yae makes the enemy bleed. This is most notable when fighting the boss Dark Jixuanyuan, as she takes additional damage while bleeding.
Picasso T is used on Herrscher of the Void, while Picasso T and Picasso M are used on Celestial Hymn. With this triple Picasso setup, the 2-set effect that causes enemies to take additional physical damage is activated if CH uses a basic attack following her QTE.
Finally, the damage dealer enters and deals their combo/charged attack. At this point in time, the target enemy will be under the debuffs of 2-set Picasso, CH impair, 2 Newton B, bleed from Spirit Guns - Yae, and the caster will gain physical damage buffs from CH's Psalms of Life passive as well as Beethoven M. This can result in absurd levels of burst damage, as shown below.

In Masters and lower Memorial Arena, Blueberry Blitz is generally the preferred damage dealer as the bosses can potentially die in a single hit. However, with the release of the Exalted tier, all the bosses are much more resilient. As a result, Void Drifter is a better option in Exalted Arena as she can re-burst quicker than Blueberry Blitz. 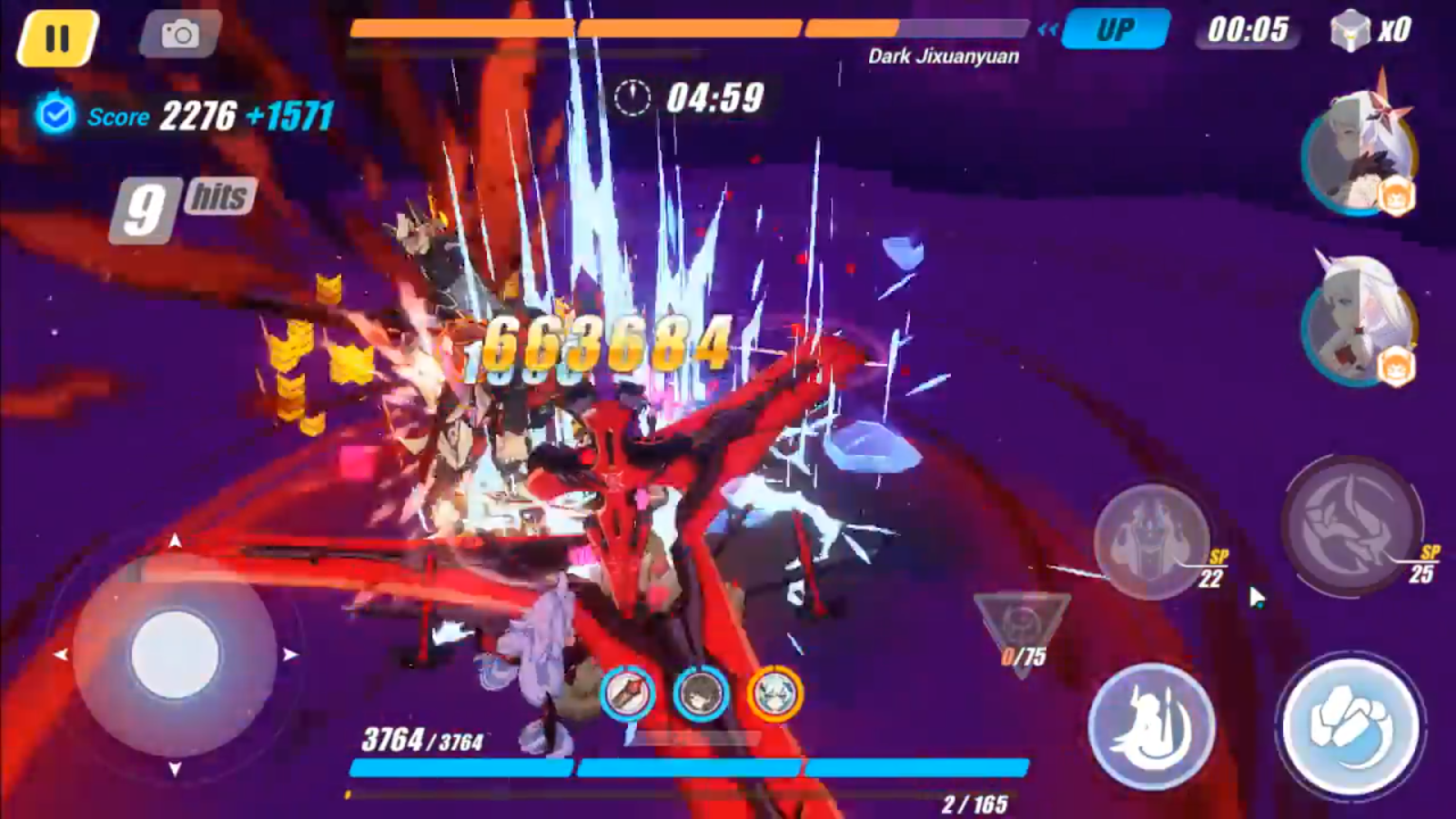 As Spirit Guns - Yae is a non-gacha weapon obtained by exchanging 5,000 Armada Ranger Reps, it is recommended for players to save up and buy it if they care about high performance within Memorial Arena.

Outside of Memorial Arena, the pistols do not provide much value and thus can be skipped without any major losses. However it is still a free weapon that can be salvaged into a Honkai Core to upgrade other weapons, so Captains may still want to try to obtain a pair even if they do not plan on using them.