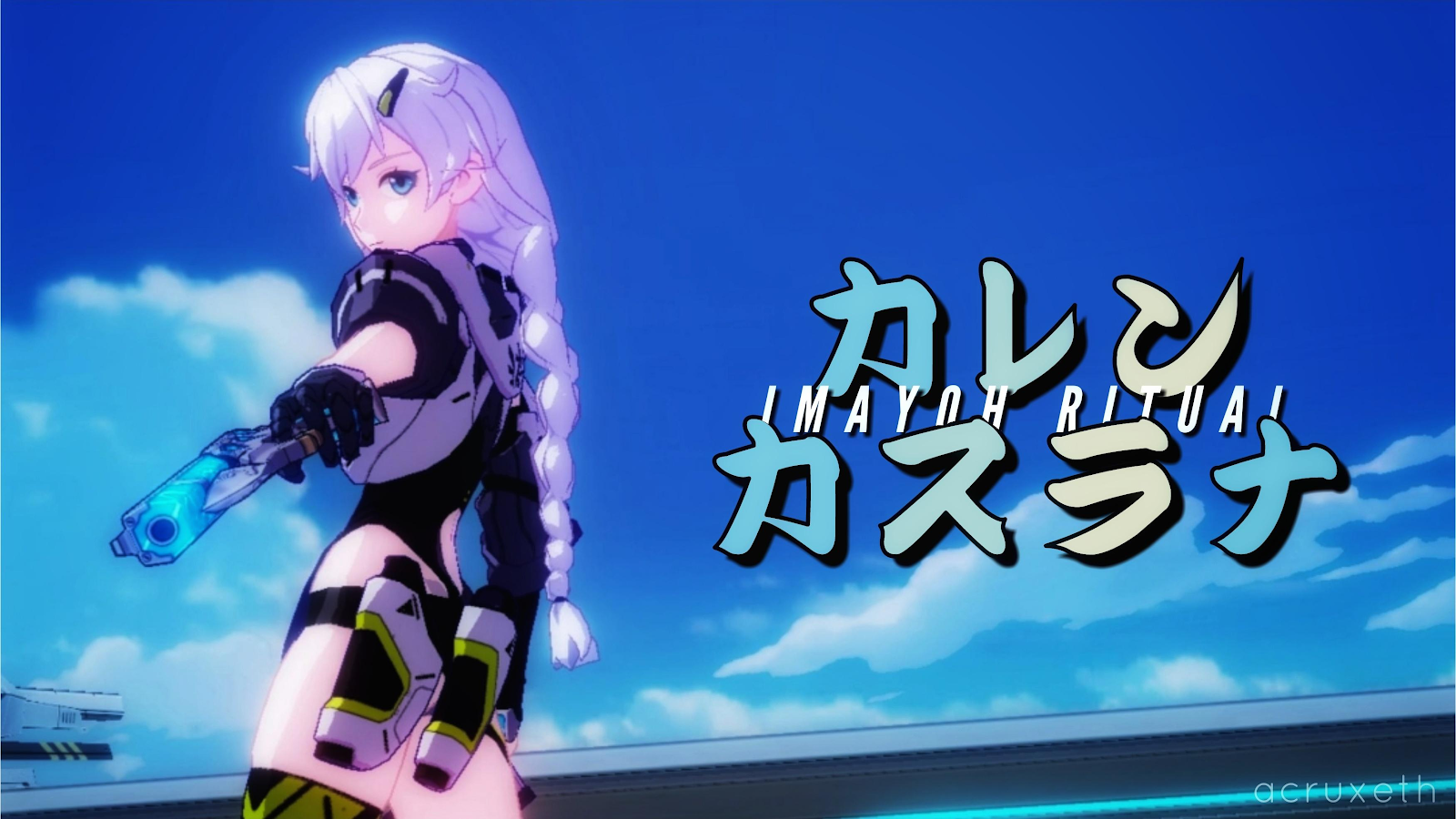 Ritual Imayoh (RI) is the Soul Awaken of White Comet (WC). She is a Mecha mixed Melee/Ranged Physical damage Valkyrie. RI is a very accessible valkyrie geared towards newer players and will be one of the first Mecha damage dealers you're likely to own. RI fragments can be found weekly from Open World's adventure tasks, as well as Memorial Arena's (MA) awards. Additionally, fragments can be found in Asterite shop and Witch's Corridor. She also has a very easy playstyle and is capable of dealing strong bursts of physical damage, making her a viable choice in boss fights. RI does fall off when compared to stronger meta valkyries but has the advantage in accessibility and simplicity for newer players, and in this guide, we will go over her skills and what her playstyle entails. 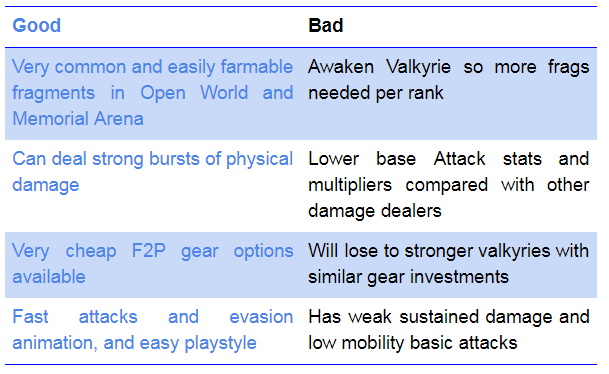 RI's Leader Skill increases the team's Max HP by up to 18% and Mech-type valkyries' Crit Rate by up to 10%. It is a decent option for a leader skill, especially for beginners but will be overshadowed for better alternatives.

RI's main mechanic relies on her Kinetic Energy (KE), which is indicated visually with the 3 red bars on the screen. Each full bar will represent 300 KE, being maxed at 900 KE. RI will not gain or lose any KE while offscreen and will start battle with 150 KE. RI will gain 8 KE per second passively (VERY SLOW). Actively, RI can gain KE with three methods: gain 80 KE by performing an ultimate evasion, 300 KE by activating her ultimate, and 20 KE with each Critical hit through basic attacks. KE can be a negative value, but will not go past 900, RI can have anywhere from -299 to 900 KE, although it is only visually shown between 0 to 900 KE.

RI's combo attacks is the reason why KE is so important. This is similar to Memento's (Meme) Kinetic Energy and her charged attack. Each time RI performs a combo attack, it will deplete as many full bars as possible, rounded up. This means if you have 2.2 bars of KE, it will perform the combo as if you had 3 full bars, and reduce RI's KE by 900. How many bars consumed by her combo attack dictate its ATK damage multiplier.

A three bar combo attack is the main source of RI's damage and the optimal way to play RI would be to capitalize on its 2000% Atk burst. In order to have continuous rounds of burst damage, let's review in more detail how to gain KE; basic attack, evasion, and ultimate will all play key roles in gaining KE.

There are both positives and negatives to RI's 6-sequence basic attack pattern. Let's start with the positives. RI has a high hit count in the sequence. Having more hits will give you more chances to score a critical hit, and each critical hit will grant RI 20 KE. Gaining KE will be the main reason you perform basic attacks, as its individual hits are very weak damage-wise. During the end of the 3rd sequence also applies float to the enemy which is good for control and triggering QTEs. Another good note is RI's 5th attack sequence, which grants RI a long invulnerability-frame (I-frame) where she cannot be hit.

Now for the negative, the 6 sequence attack is very prolonged and is low in mobility. You have very limited reach with these attacks and enemies have the annoying habit of simply walking away from your attacks. The main sequence you want to hit is the 5th sequence that has 10 hits for crits and an i-frame to protect your valkyrie, however the 4 sequences before it are short ranged attacks that require you to remain stationary, leaving you open for counterattacks.

Evasion is the second method of gaining KE and each successful ultimate evasion will grant up to 80 KE. RI's evasion skill also triggers 3 seconds of global time fracture, which is on a 11 second cooldown, to provide much needed control and protection.

Most importantly, aside from the 80 KE, RI can possibly apply float to enemies, and directly chain into the 4th sequence of RI's basic attacks. This is the safest way to have RI perform basic attacks and alleviate some of the downsides of her basic attack sequences.

RI's ultimate is very simple, it costs 60 sp and is on a 5 second cooldown. RI will summon a turret that will shoot enemies dealing 35%(+15% with skill). RI will also gain I-frames during cast animation allowing her dodge any damage. Most importantly, RI will gain 300 KE. 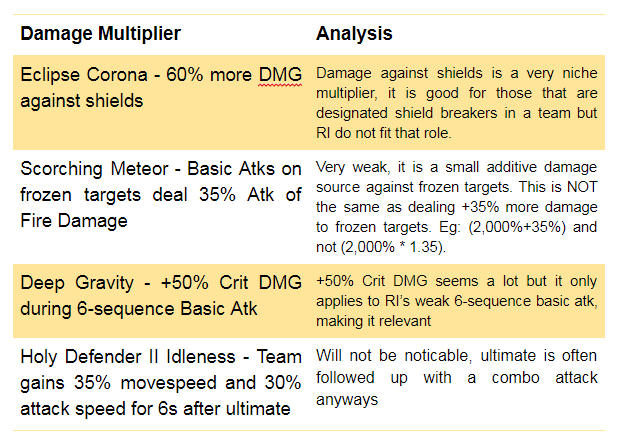 More like the lack thereof, RI's damage multiplier is her main downfall. RI will deal +60% to shields, which is very restrictive. RI deals an additional 35% Atk of Fire damage to frozen targets and gain 50% Crit Dmg, but both are also applied to her basic attack and not applicable to her heavy damage dealing combo attack. Finally, RI will gain 30% attack speed after using ultimate, but is locked behind rank SSS, and is not very applicable to her burst damage playstyle.

Speaking of skills locked behind ranks, most of RI's skills will be accessible quickly after you unlock her. You will unlock her QTE, ability to ignite enemies, and have ultimate deal an extra 600% atk at S rank. At SS rank, you gain absolutely nothing of note. At SSS rank, you gain the ability to stun enemies, and additional attack and movement speed after ultimate. Absolutely none of her skills passed S Rank this is required to play RI. The most important factor to ranking her up will be her ATK stat increase.

As stated earlier, RI does not scale well with investment due to lackluster skills. She reaches a power spike early in the game so we will first look at some good F2P options so she can start fighting Honkai the moment you unlock her.

The active is irrelevant for RI but its passive makes RI a top tier boss fighter and excellent synergy with RI's KE gain upon critical hit. Easily accessible from the Foundry makes it a great first weapon for RI.

Night Bringer: Gives user 15% Physical and Elemental damage. Gives another 50% Total damage for 5 seconds upon switching in. Cooldown of 30 seconds. Resets cooldown whenever ultimate is used.

Tranquil Arias will be your best weapon choice for RI if you have it. Arias' second passive will be exploited by RI's high burst combo attack and can be easily triggered with the spammable ultimate, which also sets up RI's combo attack.

There are no shortage of great pistols and each of these three would make good alternatives for RI. Keys of the Void and Thunder Kikaku are powerful meta pistols that could be given to RI for her use, both will increase her damage with physical damage and total damage multipliers respectively. Judgement of Samash is a free pistol from Co-op raids that users can max to level 50 without the need of Honkai Cubes, making it a cheap alternative to pick.

RI is quite good against single target opponents and Jingwei T will be a great option against tough bosses. RI also has high hit count basic attack sequences, allowing her to satisfy Ekaterina M and Atilla B's requirements with ease.

Picasso T and M are another good option against bosses. Picasso T is also more flexible being able to be used in generalized fights against multiple enemies. For those who have not finished grinding for the suggested 4* stigmatas, 3* stigmatas like Elizabeth Bathory or Rinaldo T/M can be decent choices. Between the two stigmatas, Bathory will give you 40% physical damage, while Rinaldo will give some control with paralysis and a 15% Crit rate bonus for gaining KE.

Schrodinger T -- Gains a charge every 6 seconds. During next basic attack (including combo) will have a 50% chance to gain either 205% or 52% Total damage for a short duration.

Nothing will compliment RI's burst damage from her combo attack like Schrodinger T. Planck M and Lier B are also their respective position's highest damage stigmatas. These will be the best individual pieces you can get.

Newton B will give approximately the same damage as Lier B without the additional 100% HP requirement, however, you can easily have a support hold it instead for better value.

Schrodinger Band set was originally released as RI's signature stigmata set and Michelangelo set has been a reliable powerhouse for physical valkyrie, both will suit RI well. The middle piece of both sets have been traditionally swapped out for Planck M or Ekaterina M, but RI benefits from more crit rate to gain KE so running the full set is an option. 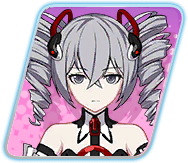 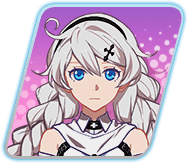 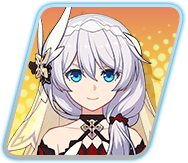 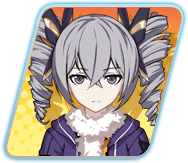 RI will enjoy the support of any physical damage support valkyries. Drive Kometa (DK) will grant RI a substantial crit rate increase as well as survivability with her powerful shield and weakening field. Divine Prayer (DP) would provide a much appreciated impair from the backline, excellent for boss fights that RI prefers. RI is much more inclined for boss fights like in MA and can solo the weaker end bosses, as well as biological bosses like Doom and Jizo who provide RI a type advantage. While she does not do great against multiple strong mobs in abyss, with the right support, like Celestial Hymn (CH) to gather and impair, and Snowy Sniper (SS) to crowd control (CC), she can clear high level floors too. But this will be dependent on mobs, if she finds strong quantum or psychic mobs like the crabs, there will be little RI can do. 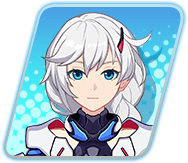 The traditional solo dps MA team, we have DK and DP as the dual support, and RI as the boss killer. This will be the common set up for newer players with very accessible A rank valkyries. The idea is to simply cycle through her combo attack as efficiently as possible to burst the target down. Here is a link of RI applying the hurt onto Doom. The team utilizes Shadow Dash's (SD) team leader skill instead of DK and VC to gather for the second phase, but it showcases RI's raw power as a solo damage dealer.

If you want to deploy RI into Abyss settings, it is not recommended but it is possible. CH and SS duo support is the classic physical support team. They have been the standard for any reasons. They have a very strong gather and CC ultimates that will keep enemies grouped for a very long duration. Their physical damage buffs are also unparalleled. CH provides a massive 75% impair, 30% Crit damage, and 25% physical damage. SS also pitches in another 35% physical damage taken debuff to enemies. This is on top of freezing the enemies which will prevent them from splitting apart and triggers RI's QTE for a smooth transition. This team is ultimate-dependent, and is slightly slower than most popular teams in abyss.

Ritual Imayoh is overall a lackluster valkyrie. She is very easy to use and accessible for the new player and strong enough to carry players through early game content with minimal investment. However, she is mainly a placeholder until unlocking stronger physical damage mecha valkyries and in the day and age of valkyries like Blueberry Blitz (BB) and Void Drifter (VD), she is quickly replaced. Feel free to use her if you find her fun to play, she can surely deal decent damage, but there are better options.