Hi, I'm Marisa Honkai from Youtube~ Back with another tier list. At first, I wanted to improve this tier list with a bit more explanation, but a lot of players mentioned that this one is good enough - it's short and sweet~ So, I'll stick to this format. 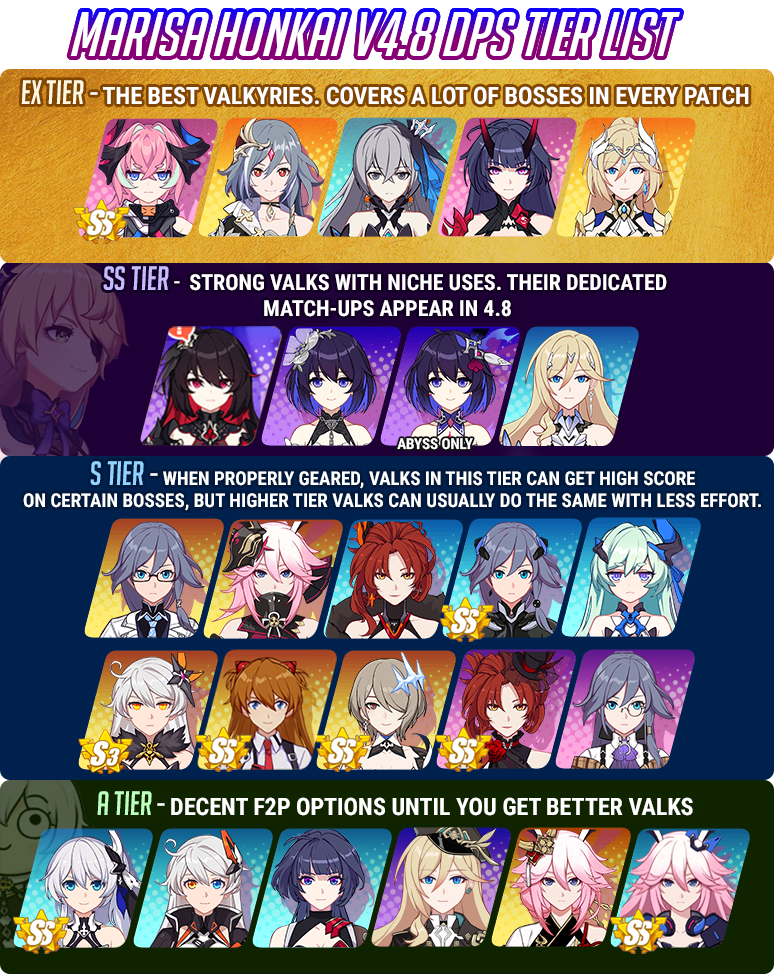 This is the list of bosses that appeared in 4.8 CN server so far. The bosses were taken into consideration when making the tier list.

HERRSCHER OF THE VOID down to S-tier

Due to the lack of Ranged Assaka and Physical Assaka in Abyss, HoV goes down to S-tier.

Couatl appears three times in Abyss, and current disturbance still allows SP to get high score in Nirvana. This puts SP to SS-tier, for now.

The CN community team, a.k.a Moonlight Center, has given permission for me to translate and upload their tier list too, which is more detailed. I couldn't translate it in time... Here's the untranslated tier list [CLICK HERE]

If a valk is on here, then she's a good support. Which one you must use? Depends on the situation! 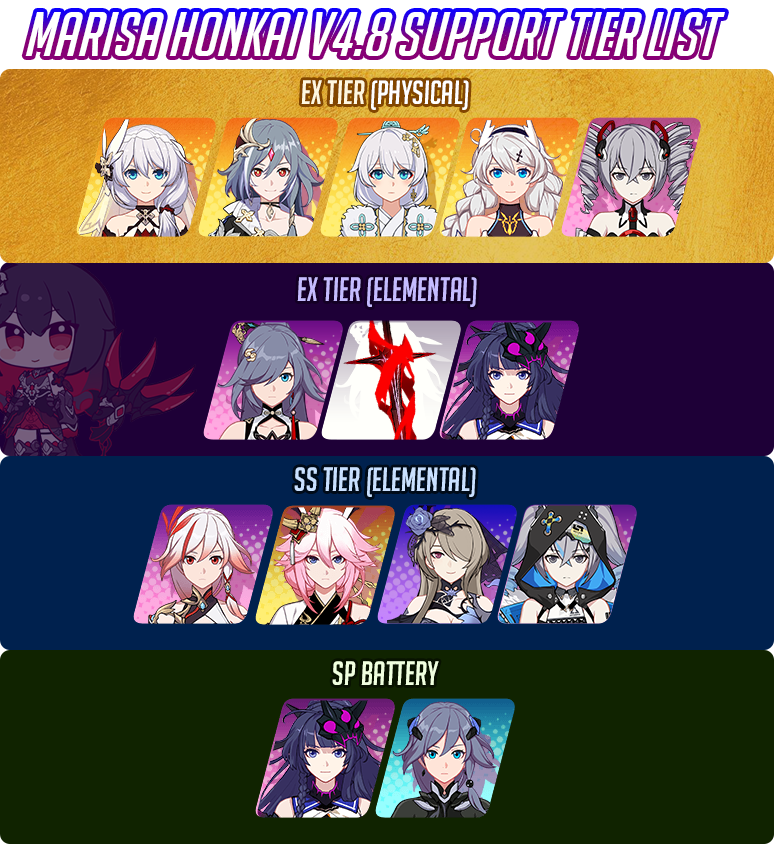 Thanks to Spliff, Neal, Pump, Derci, Qodnec, Defdep, bortz, CN community team, Cabbages team and other captains that helped not just in this tier list, but on all the guides as well. Got any feedback? Find me on my Youtube Community Post! 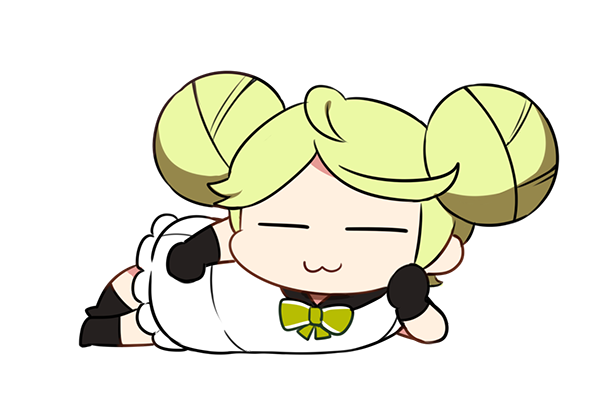