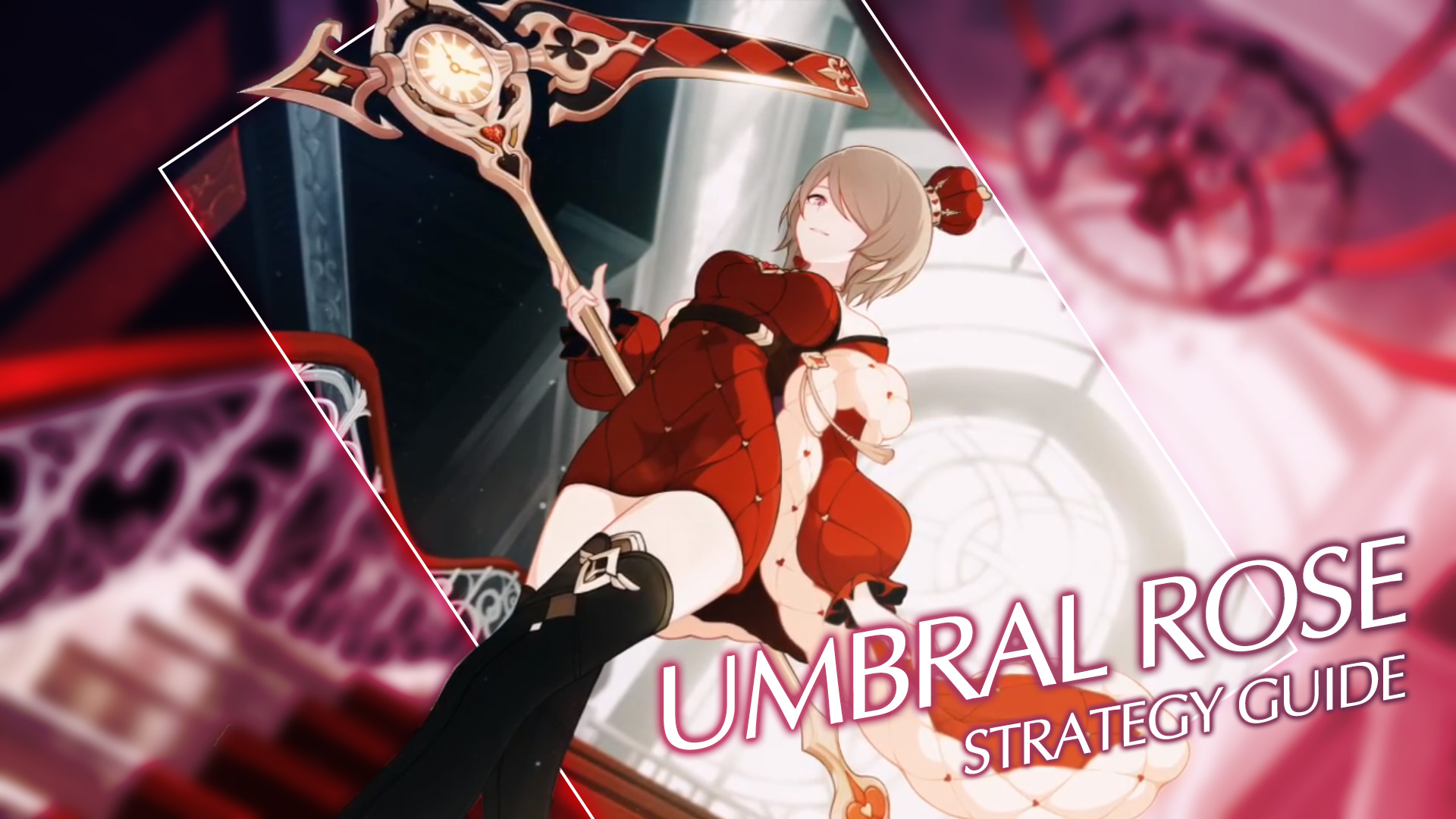 Umbral Rose was the first Rita battlesuit that arrived in Honkai. She is a PSY-type, Physical battlesuit, and can be obtained by various ways throughout the game.
With proper equipment, Umbral Rose is capable of dealing great amounts of sustained damage, and performs excellently on boss fights. Considering her special place in the meta and being generally cheap to obtain and gear up, Umbral Rose is a recommended investment for a wide range of players. 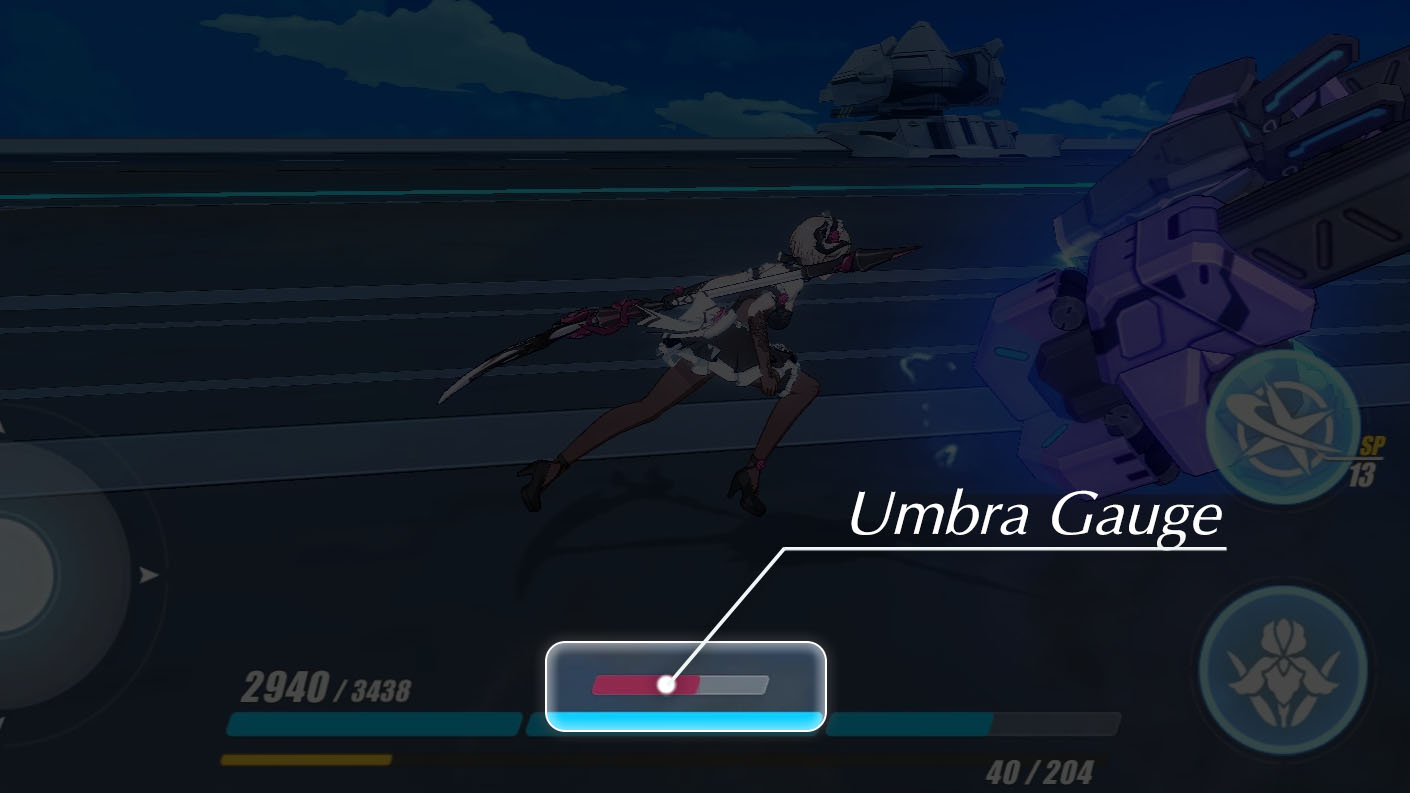 Unlocks an Umbra gauge that maxes out at 800. This gauge is directly linked to Umbral Rose's Charge attack.

Performing Charge attack empties the Umbra gauge, and she can only perform Charge when this gauge is full. 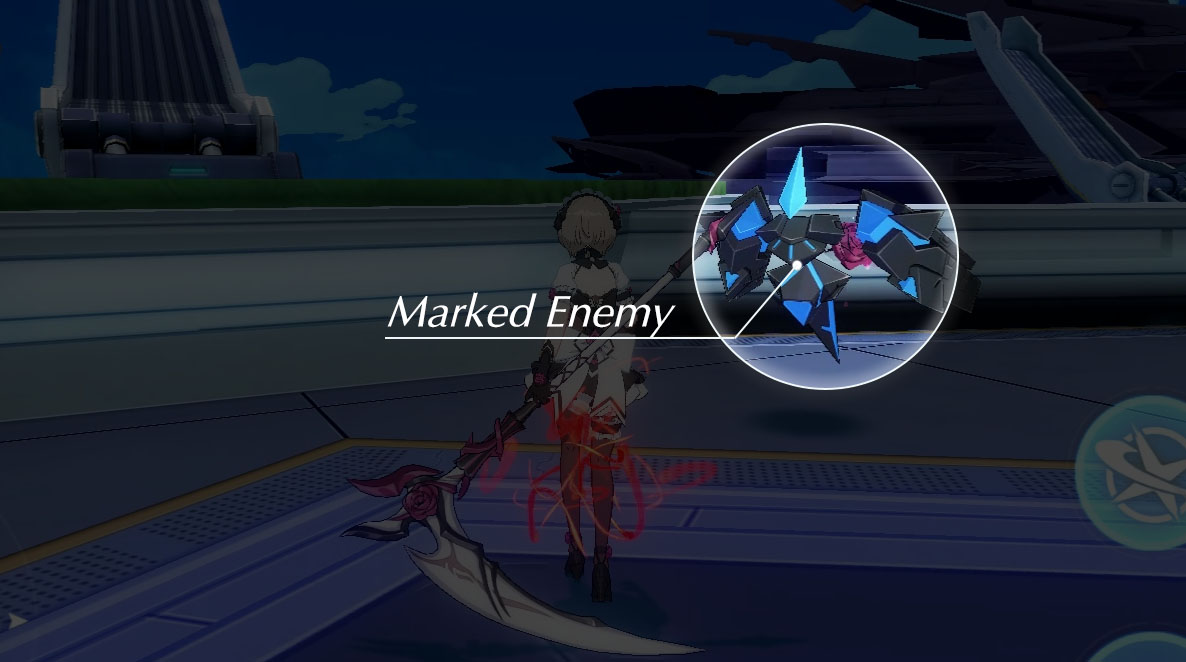 Umbral Rose's 2nd and 5th Basic Attack puts a Laceration mark to enemies. This mark lasts for 5 seconds, and stacks up to 2 times. Gaining a second one resets the duration of both stacks to 5 seconds.

Alternative to Basic Attacks, Umbral Rose's QTE - which triggers from Impaired enemies - can instantly apply a 2-stack Laceration to enemies in range. It's recommended to mark enemies before performing Charge attack for maximum damage.

Umbral Rose performs a 5-sequence attacks that sweep through enemies, dealing [80% + 242% + 110% + 270% + 350%] of Melee Physical Damage. If the 4th Basic Attack hits an enemy, Umbral Rose recovers 6 SP.
The majority of the damage lies on her 4th and 5th hit, so you should try not to dodge cancel her attack sequences. Also, Umbral Rose's 4th Basic attack will shuttle through enemies, making the 5th attack almost guaranteed to be a Back attack.
At 40 and 80 Combos, all Umbral Rose's attacks respectively gain 20% to 40% Physical DMG.

At full Umbra, hold the Attack button during any Basic ATK to throw a Spirit Scythe that deals a total of 800% of Physical Damage. Since it is counted as a Ranged Attack, Melee Physical bonuses will not work on this skill.
Performing Charge Attack consumes 15% of Umbral Rose's Max HP, though it will not kill the character. After performing this attack, for 6 seconds, each Basic/Ultimate hit will regenerate 0.5% of Max HP, to a maximum of 20%. In most cases, Umbral Rose will never have enough Attack Speed to reach this 20% cap, therefore using Charge Attack will always chip off a portion of her HP.
If Umbral Rose gets a kill within 1 second of throwing Spirit Scythe, she will also recover 500 + 10% Max HP.

Similar to Charged Attack, Melee Physical bonuses will not work on this skill. At SSS Rank, this skill gains 30% Total DMG to bleeding or impaired enemies.
While this skill looks good on paper, in practice it doesn't have much uses. The whole Ultimate is extremely slow (lasts for about 7 seconds), and cannot benefit from most teammate buffs such as Newton B. The only uses for this skill that I could think of are for AOE shield breaking, or as an Instant Escape button due to Umbral Rose being fully invincible for the whole duration.

Performing an Ultimate Evasion (even when Evasion skill is on cooldown) recovers 50 Umbra and gives 40% Move Speed for 3 seconds.
Triggering Evasion Skill will recover 150 Umbra (300 at SS Rank) and activate a 3.5s Time Fracture, with a 11-second cooldown. This skill also allows Umbral Rose to chain into the 4th hit of Basic Attacks, allowing her to deal a quick burst of damage.
Since Evasion Skill recovers a large chunk of Umbra and allows its owner to deal plenty of damage, it's recommended to perform Evasion Skill whenever possible to maximize damage output.

This skill is unlocked at SS Rank. Once per battle, when Umbral Rose's HP reaches 0, instead of dying, she will gain invincibility and recovers 5% Max HP per 0.5s for 3 seconds. Since Umbral Rose loses HP on a regular basis, this skill acts as a safeguard in case you go overboard with her Charge Attacks. You can use the invincibility period to grab a Health pack, cast Ultimate for more HP recovery, or switch to another character.

Though there are more scythe options nowadays than there were at its release date, Aphrodite is still the best option for Umbral Rose. This weapon gives 20% Physical DMG, periodically deals Physical hits that become guaranteed crits on MECH enemies, and its Active skill deals a whopping 800% of Physical DMG. It gives Umbral Rose tons of Burst damage on each of her cycles, and she just won't perform as good without this weapon.

Undine's Tale is an acceptable alternative for Umbral Rose. This weapon gives 20% Attack Speed, and 15% Total DMG for 6s following a Back Attack. Since Umbral Rose can backstab enemies easily with her Basic Attacks, she can keep the Total DMG buff up almost all the time.

Skadi Ondurgud straight up gives 20% Total DMG buff. Its Active skill deals plenty of Ice Damage for just 4 SP, so take it as a bonus.

The free scythe Senescence can work as a F2P option while you wait for a better one. It gives 10% Crit Rate and 15% Crit DMG against bleeding enemies, though Umbral Rose has no methods to bleed enemies outside from this weapon's own Active skill. Its base stats at 5* is much better than Onyx Iron at 4*, and those who respect their Honkai Cores shouldn't level Onyx Iron anyway.

Because of Umbral Rose's nature, almost every Physical DMG or Total DMG stigma will work on her. Below are some of the most common options:

The busted Kafka set suits Umbral Rose's playstyle like a glove. The individual pieces gives a maximum of 20% Total DMG, 40% Physical DMG, 20% Crit Rate and Crit DMG. The 2-set effect also gives a 45% Total DMG buff for 12 seconds following a Charge Attack. Having Aphrodite around will make the damage buffs even more consistent, as it provides periodical, guaranteed crits.
Since Umbral Rose doesn't really benefit from the hitcount from Kafka's 3-set effect, Michelangelo B can be used in place of Kafka B for almost similar results.

This setup gives a maximum of 72% Physical DMG for Basic and Combo Attacks, a flat 15% Total DMG, and another 15% Total DMG for 15s after switching in. Just remember to keep an eye on Umbral Rose's HP, she couldn't take as many hits with Planck M equipped.

F2P option for boss fights, giving Umbral Rose 31% Total DMG and 72% Physical DMG at 40 Combos and above. Lier B won't work on Umbral Rose since she loses HP on a regular basis.

In situations where Celestial Hymn is unavailable, Umbral Rose can team up with either of these characters. Divine Prayer acts as Umbral Rose's pocket healer, and is able to Impair enemies without even switching in. Alternatively, Void Drifter's new weapon ARC Serratus is extremely good at physical support. Its Active skill casts a 40% Impair for a whopping 12 seconds, and gives the whole team 25% Crit DMG for the same duration.

While lacking AOE Damage capabilities, Umbral Rose serves her job well in Abyss as a secondary damage dealer. Being PSY-type allows her to cover the Mecha weakness of BIO-type damage dealers, and she only really needs Aphrodite to function properly.

A few months back, Umbral Rose would be a solid recommendation for everyone. However, since Rozaliya's introduction in Patch 3.1 (and her subsequent buffs in 3.2 and 3.3), her popularity has been steadily growing within Global servers. Since Umbral Rose and Rozaliya share almost the same playground, let's take a minute to compare these two. 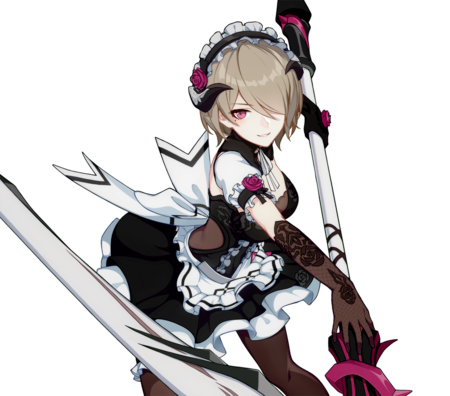 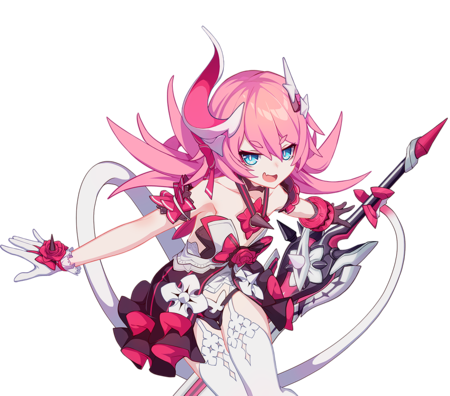 On the first week of Exalted Memorial Arena, Umbral Rose holds the record on Shadow Knight, while Rozaliya performs much better versus MHT-3 Pax as a DPS, and versus Hephaestus as a support character.

So which one should you invest on first? The answer depends on which character/weapon you already have. If you already got Aphrodite from a Focused banner, it's better to farm Umbral Rose to SSS, and use your Willpower to grab Twilight Paladin instead. On the other hand, if you already got Rozaliya from Expansion Supply, there's no reason not to rank her up and get an easy Memorial scorer.

My biggest gripe with Umbral Rose is the fact that she is very dependent on Aphrodite, and that weapon is tied to the suboptimal Wilde stigma set in almost every banner. Perhaps if there were any other ways to get this weapon, such as from Resonator shop or Bounty Pass (ultimately making her F2P), she would get a solid recommendation among F2P or new players.