Hi, I'm Marisa Honkai from Youtube~ I wanted to make my own tier list for a while now... but I was always occupied with other guides and videos, and the tier list was never finished. This time, I only managed to prepare this short tier list~ 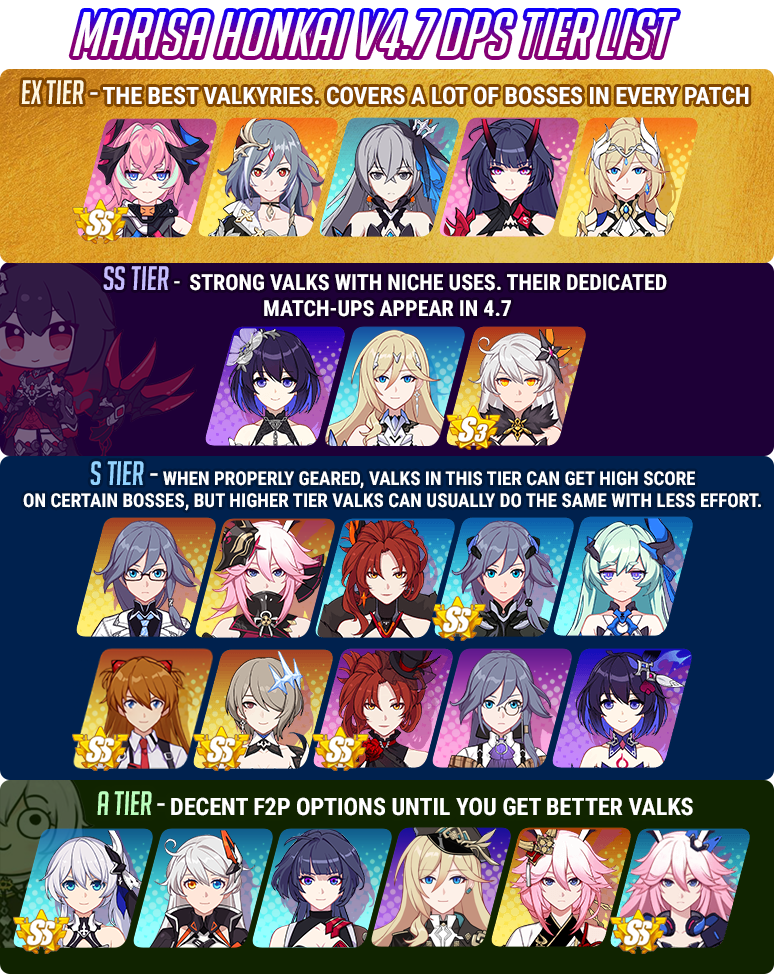 For example, Stygian Nymph is not in EX tier because Couatl and Tonatiuh do not appear at all in CN. However, she can still handle bosses like Jizo, Kallen and Parvati really well, thus, she goes to SS-rank!

The CN community team, a.k.a Moonlight Center, has given permission for me to translate and upload their tier list too, which is more detailed. But I also couldn't translate it in time... Here's the untranslated tier list [CLICK HERE]

SUPPORT TIER LIST
To be honest, I'm not really sure on support tiers. Anyways, if it's on here, it's probably good, but which one you must use, depends on the situation! 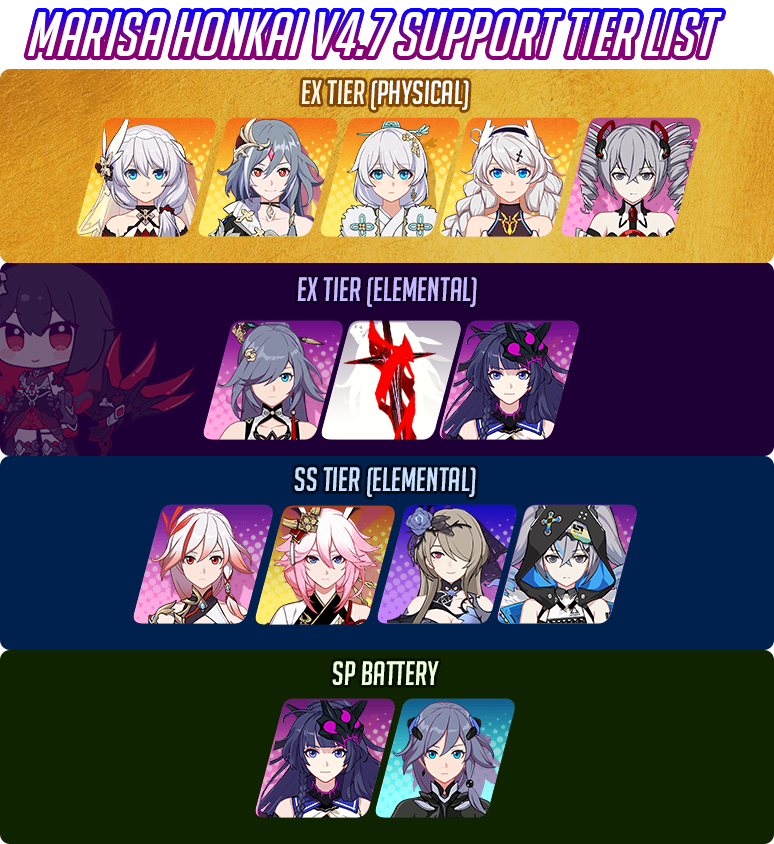 Thanks to Pump, Derci, Qodnec, bortz, CN community team, Cabbages team and other captains that helped not just in this tier list, but on all the guides as well. I remember the first tier list I saw was on JP site back in the infinity abyss days. It has been a long journey ... 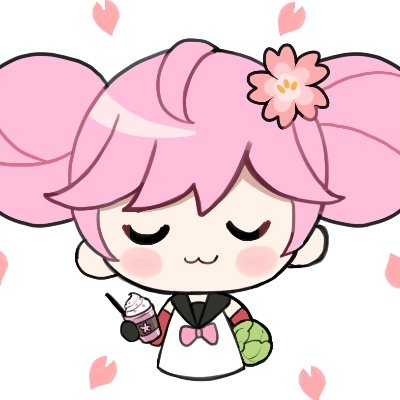